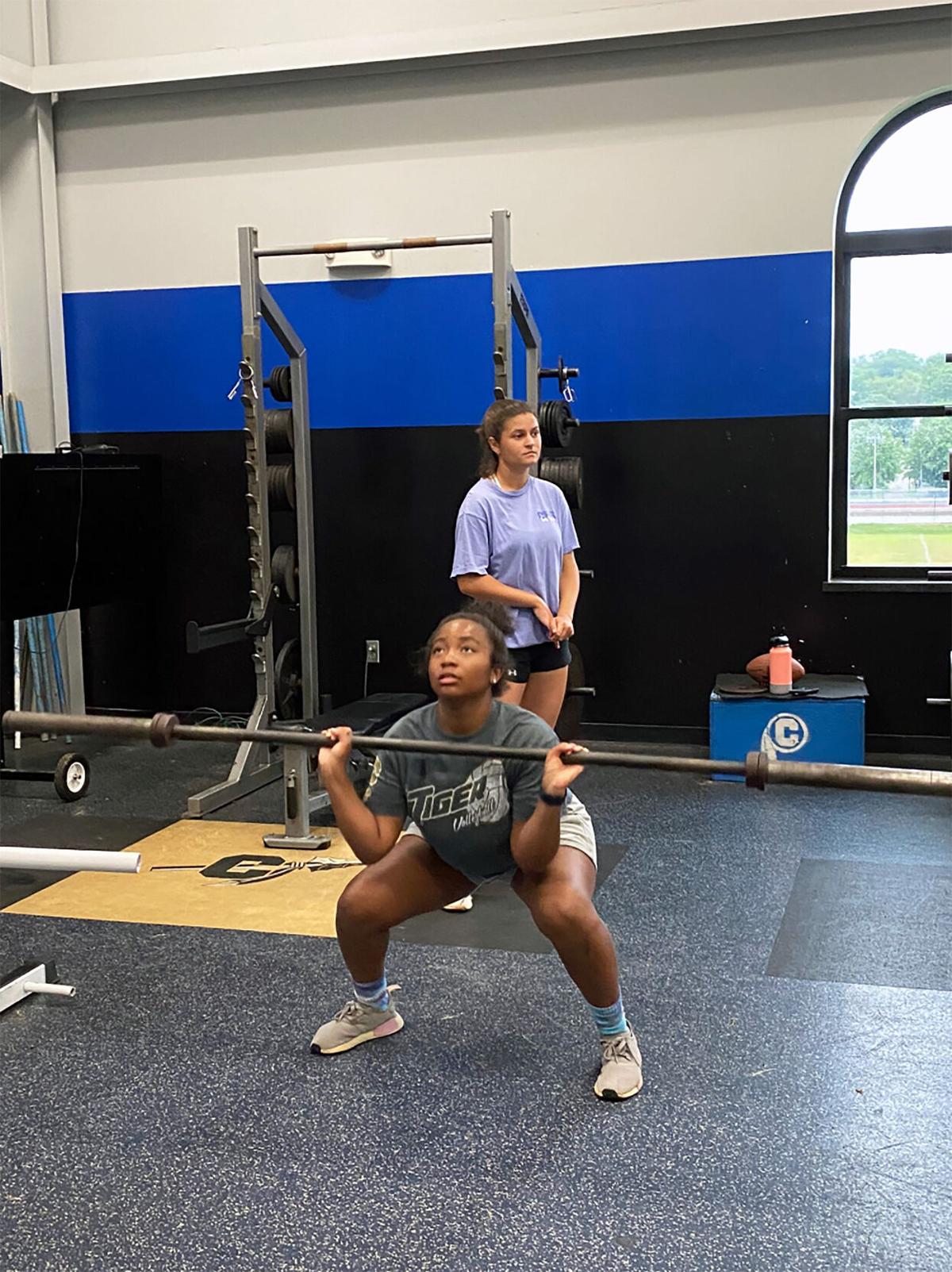 Like other schools in St. Joseph, Central High School entered Phase II of the school district’s re-entry to summer athletics plan this week. 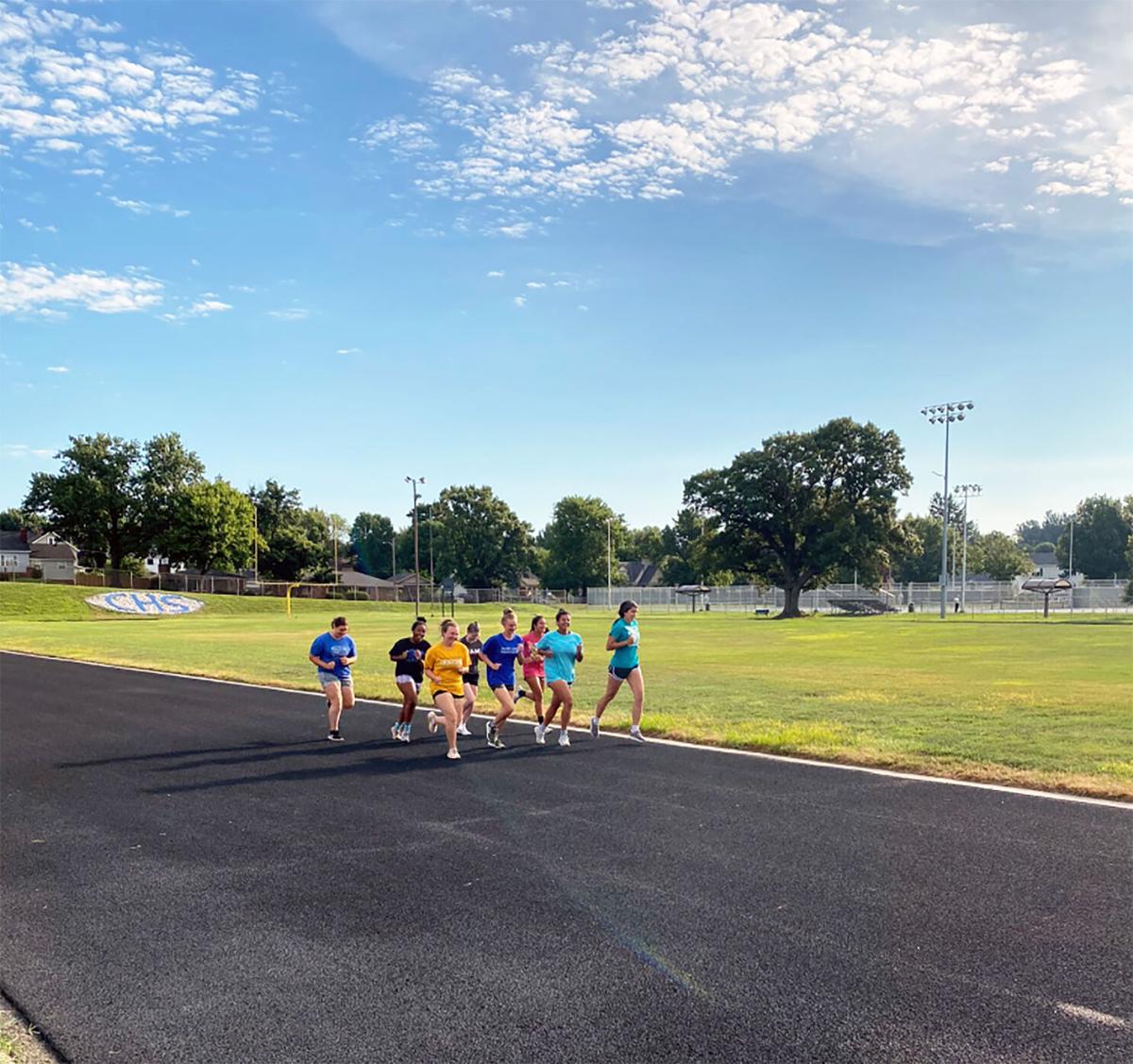 With most of the varsity squad competing on travel softball teams plus working out at school, the Central softball team has been going full speed this offseason.

Like other schools in St. Joseph, Central High School entered Phase II of the school district’s re-entry to summer athletics plan this week.

With most of the varsity squad competing on travel softball teams plus working out at school, the Central softball team has been going full speed this offseason.

As schools in the city of St. Joseph are already over a month into the return to summer athletics, the workouts for Central High School softball are just a fraction of all the work they’re putting in.

With most of the varsity squad competing on travel softball teams, the Indians have been going full speed in the offseason.

Central senior Natalie Keller, who competes for Velocity Fastpitch 18U, is currently in the middle of a tournament in Kansas City, Missouri.

“When you get to play all summer and get better and better, I think it just makes you already that much higher as a competitor for the season,” Keller said. “A lot of our teammates are actually playing travel ball too, so just knowing that the girls you’re about to play with have been getting better all summer, it’s really exciting to hear.”

Central head coach Kendra Hodgin said, “They’re all playing with different girls but some of them play together and then so it’s just kind of getting them back to Central and back within our team, but as far as the skills they’re ready to go.”

With the COVID-19 pandemic affecting much of the offseason already, a return to sports within the school district’s re-entry to summer athletics plan has been a challenge teams are willing to take on.

“It’s definitely been different, but we have a pretty good group of committed girls,” Hodgin said. “They have been playing their summer ball travel schedule and that’s all been condensed because they got a late start, so we’ve seen numbers up and down so far in Phase II, but overall their commitment is there and we know that if they’re not with us, they’re traveling and playing ball so they’re still putting those skills to use.”

Keller added it was hard to work out as a team without knowing the fate of the fall season.

That is until Thursday, when the Missouri State High School Activities Association announced guidelines and recommendations for the opening of the fall sports season, and giving the decision to schools to choose whether they want to compete.

“Especially with that news, I think everyone was more eager and more excited finally getting that security that we’re playing and I’m getting a senior season,” Keller said. “I think it was really like some safety from all this craziness that’s been going on.”

Hodgin mentioned the team is full of upperclassmen, who are ready to make a difference this season and already have stepped up to the plate.

The squad is coming off a 11-17 record last season, where they fell to Park Hill in the Class 4 District 16 semifinals.

After a fruitful offseason staying atop of their game, the Indians are ready to make a splash.

“We’re more pumped up. We’re more excited to get together. Everyone is more eager. You want to go to practice every day. You want to see your teammates, so I think the time off just amped everyone up. We want to get the season started and we’re excited to work,” Keller said.

Fall sports can begin practices Aug. 10, with competition beginning as early as Aug. 28.

Down, but not out: When everything goes wrong, Chiefs still come out on top