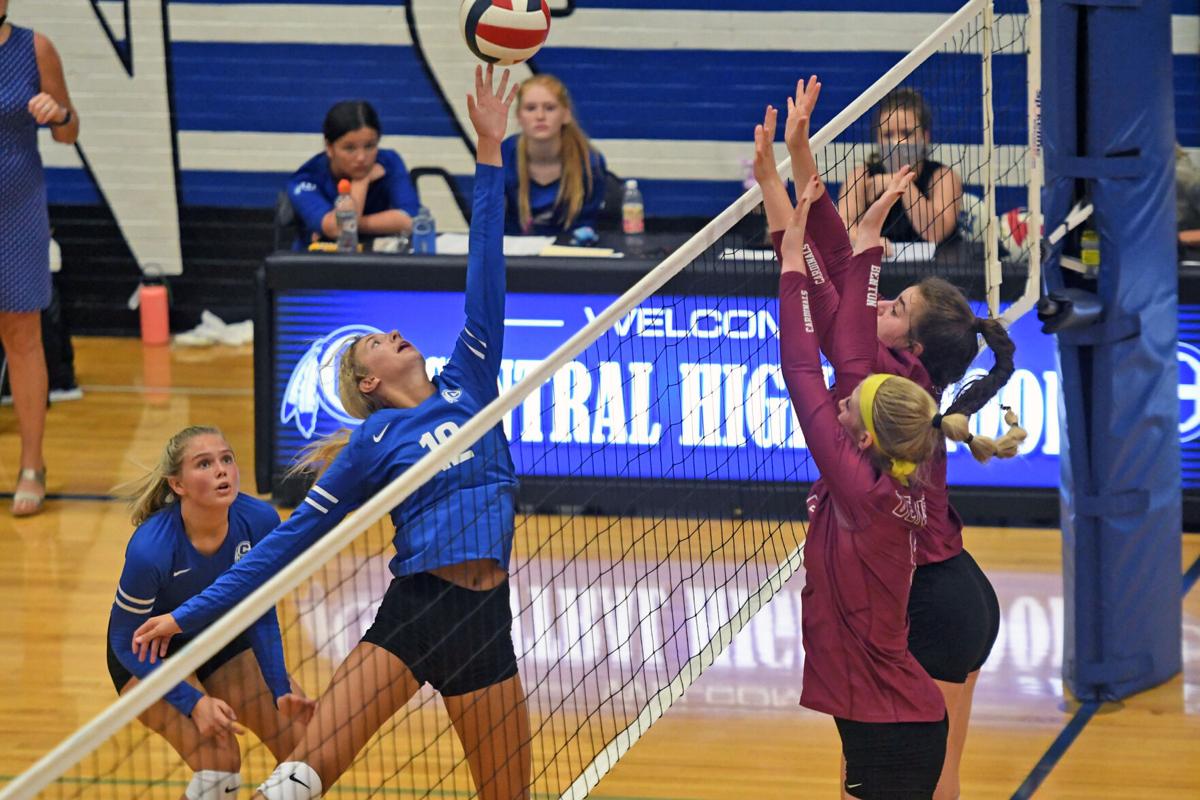 Central junior Katie Miller tips a ball over the net against Benton on Monday at CHS Coliseum. 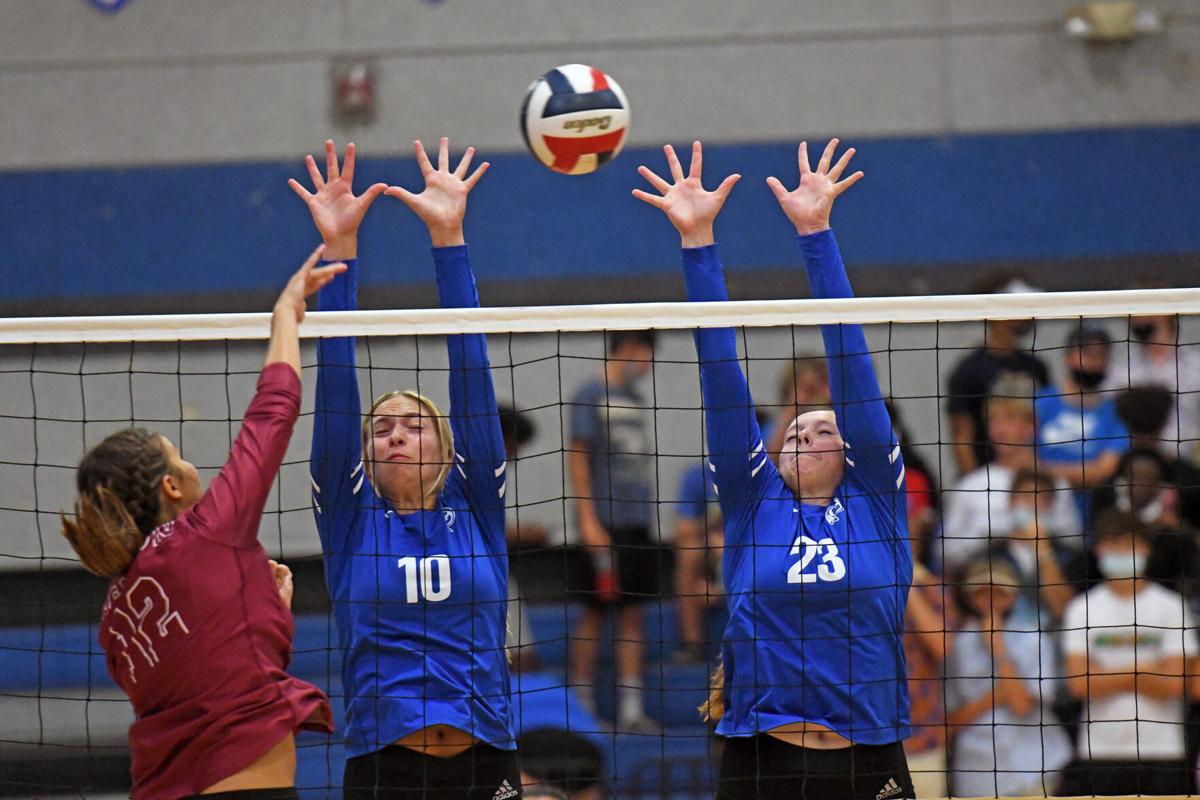 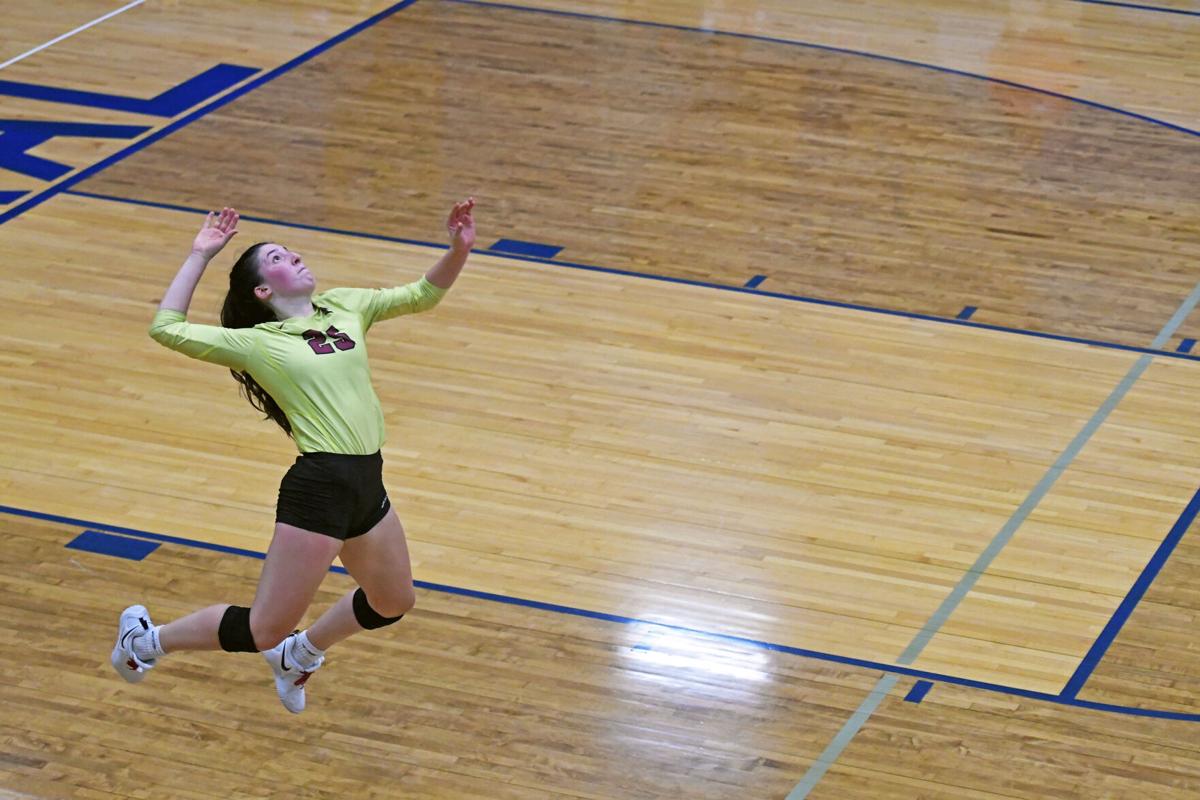 Benton junior Berlin Smith rises for a serve against Central on Monday at CHS Coliseum. 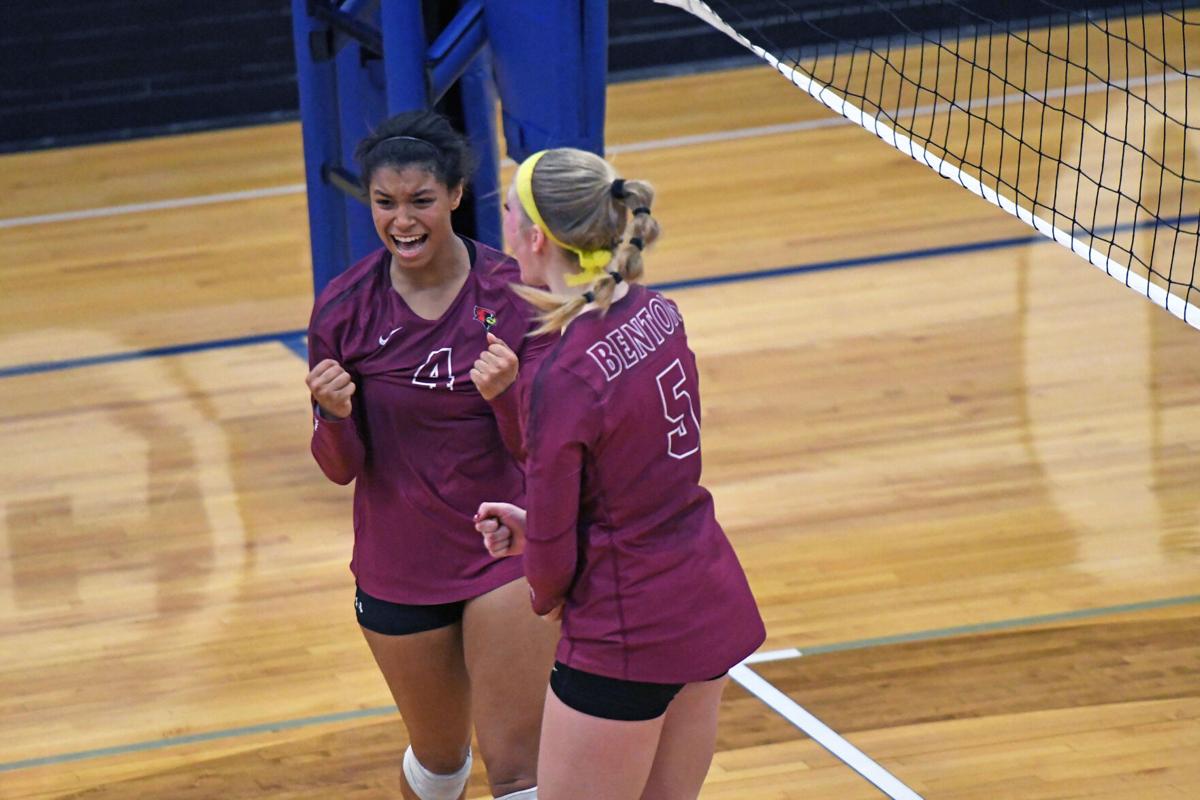 Central junior Katie Miller tips a ball over the net against Benton on Monday at CHS Coliseum.

Benton junior Berlin Smith rises for a serve against Central on Monday at CHS Coliseum.

Following a ball finding Central’s side of the court, allowing Benton to go ahead by two in the fourth set, Monica Flaska wasted no time calling a timeout.

In search of a match-closing and third-straight set win, Monica Flaska didn’t want her Indians to test their luck against a feisty Benton bunch in a fifth set.

“I knew they were rattled,” Monica Flaska said. “I called a timeout just to be like, ‘Relax, let that play go and just finish this.’ We could lose the fourth and have left the fifth up to chance. You don’t leave things up to chance.”

Instead, Central’s array of attackers settled in and delivered a 25-22 win in the set, delivering Central a 3-1 win Monday at CHS Coliseum.

“When we’re all in sync, blocking, our back row, and aggressive hitting at them, that makes it hard on other teams,” Benton coach Lauryn Doolan said. “Going into the second and third set, it was that our back row was working and our blocking was off. If we’re out of sync, we have to find other ways to make the other team work.”

“We were really quiet the first set, and I think they hustled a lot. It encouraged more errors from our side,” Central senior Isabella Flaska said. “Towards the end of the first set we got more hyped and it carried throughout the rest of the sets.

Isabella Flaska, who went on to finish with 15 kills, provided sparks late in the second and third sets, alongside her hitters in Ella Moody, Katie Miller and McKenzie Brandhorst.

Late in both wins in the second and third set, the prowess of junior jump server Hannah Watson led to streaks of unstoppable offense for the Indians.

Though Stillman still found her way to 17 kills on the night, the Indians were able to limit her enough in the middle of the match with a defensive adjustment executed by Central.

“She was the one attacker hurting us, so we tried to execute a plan, and it worked,” Monica Flaska said. “We changed our defense pattern only when she hit. That front row has to know where they are, who their hitters are.”

Even after back-to-back set losses, Doolan wasn’t surprised to see her team come out and push Central to the brink in the final point.

“My girls are some fighters. They’re ready to go and aren’t gonna give up without a good fight,” Doolan said. “We just have to not put ourselves in situations where we’re dying and gassed. We’ve gotta be ready to go the first three sets.”

Central is back in action Tuesday at William Chrisman. Benton hosts St. Pius X on Thursday.