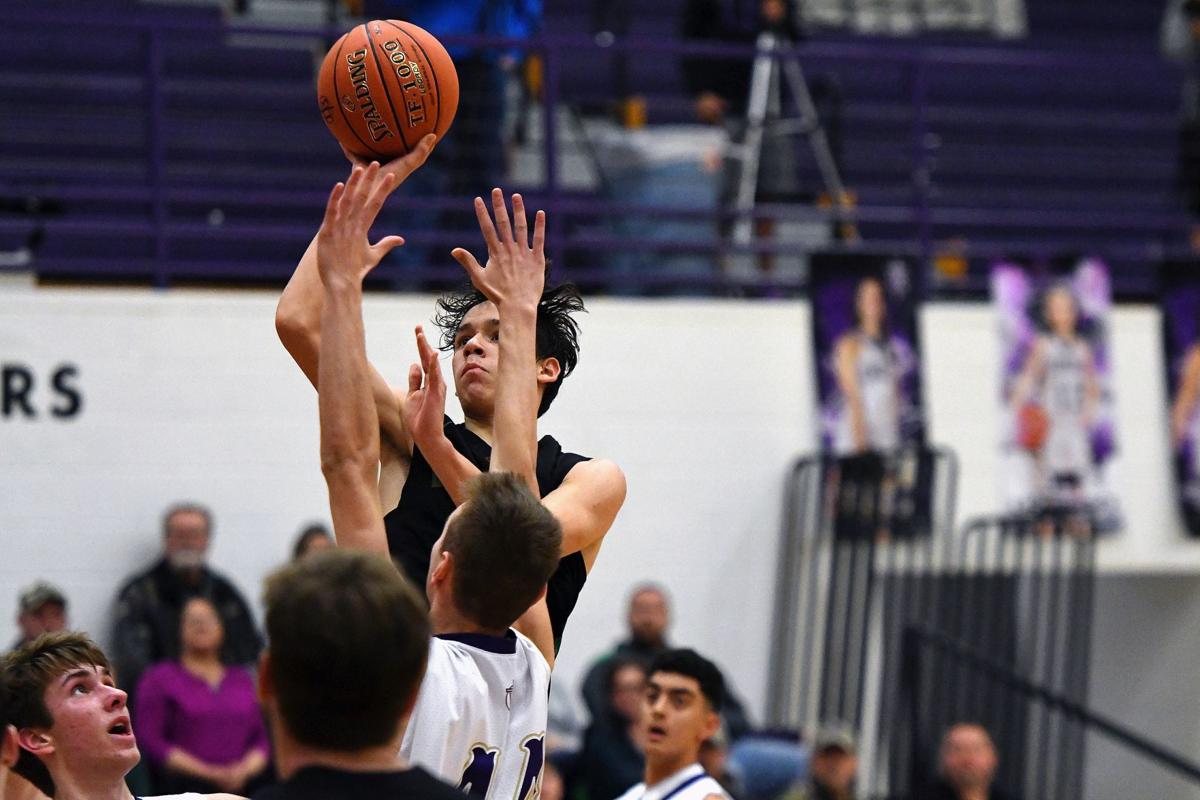 Mid-Buchanan’s Miguel Canchola rises above two Bishop LeBlond defenders for a jump shot in the third quarter of Thursday’s win at Grace Gymnasium. 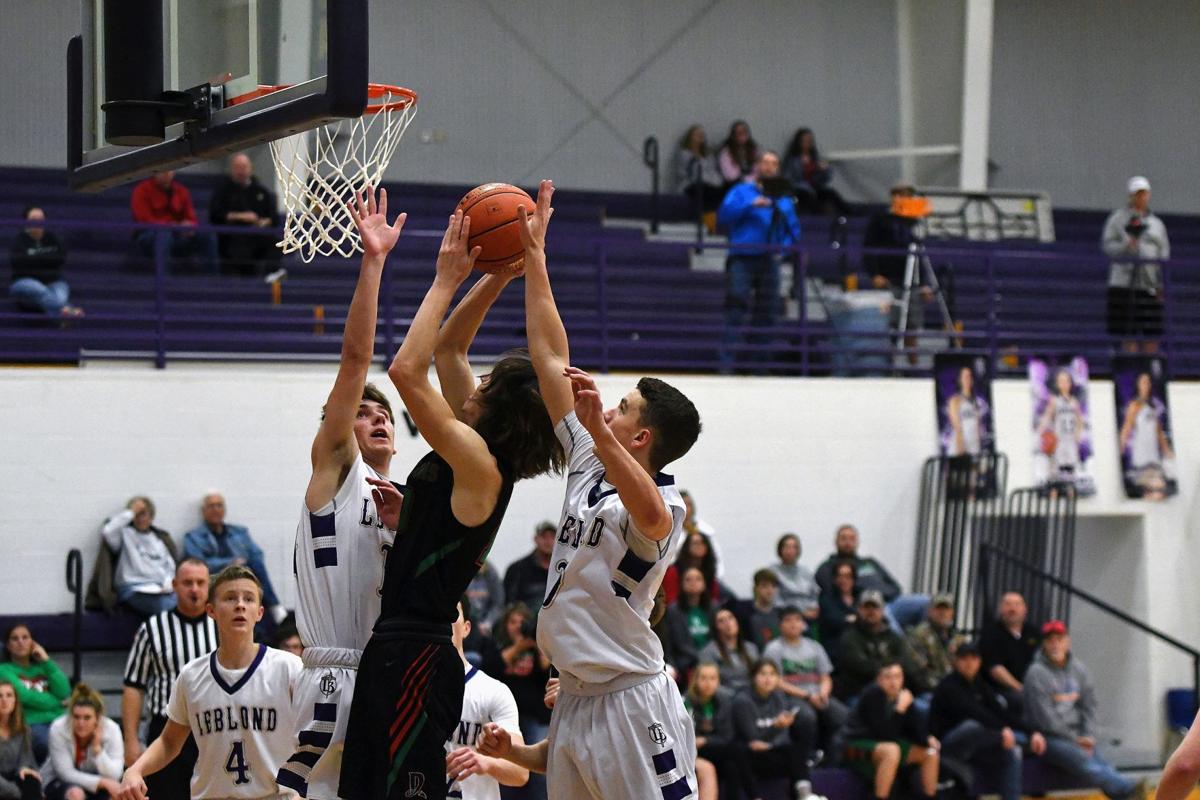 Christian Scagg’s attempts a layup between Bishop LeBlond’s Chris Guldan and Kyle Knapp in second half of Mid-Buchanan’s 48-45 win.

Mid-Buchanan’s Miguel Canchola rises above two Bishop LeBlond defenders for a jump shot in the third quarter of Thursday’s win at Grace Gymnasium.

Christian Scagg’s attempts a layup between Bishop LeBlond’s Chris Guldan and Kyle Knapp in second half of Mid-Buchanan’s 48-45 win.

In a game that came down to the final seconds, Mid-Buchanan pulled out the stops late to beat Bishop LeBlond 48-45 on Thursday at Grace Gymnasium.

With 1.9 seconds remaining and LeBlond down by 3 with possession, the Dragons watched as Ben Hudson’s last second shot landed just inches to the right, thwarting LeBlond’s comeback attempt.

Led by Christian Scaggs 17, Mid-Buchanan had nine different players score in the win.

The win was a particularly important one for the Dragons, as they snapped a two-game skid and moved back above .500 (7-6) on the season.

Content with taking tough shots early in offensive possessions in the first two quarters, the Golden Eagles trailed by 26-16 going into the half.

“We knew they were gonna go on a run at some point just because of the way they shoot,” Mid-Buch coach Bryce Kemper said.

A Kanon Sumpter 3-pointer punctuated a 20-9 run in the third quarter and gave LeBlond a one-point lead entering the fourth.

“They run some good stuff on offense that presents problems, so if you’re not talking and watching ... they can go on some big runs,” Kemper said.

But Mid Buchanan was able to respond with athletic shots from Miguel Canchola, who answered Sumpter’s 3 by driving to the rim and pulling up for a short jumper.

A dagger-3 by Stetson Lieffring following two free throws gave Mid-Buchanan a 42-36 lead before another 3-pointer from Dominguez cut it back to one possession.

Returning after sustaining an injury last month, Dominguez led the team with 18 points, 15 of which came in the second half.

“I thought we did a good job at keeping out composure for a bunch of new guys that haven’t played quite as much,” Kemper said “We tried some different stuff to throw them off they’re rhythm and it was just enough to get us the win.”

Javan Noyes helped get the Dragons off to a fast start thanks to a few bullet full-court passes to Scaggs in transition.

“You’ve got a sophomore point guard starting for the first time this year and when you’re playing fast it can be hard on a young point guard,” Kemper said. “We’re starting to get to the point where he’s running the floor.”