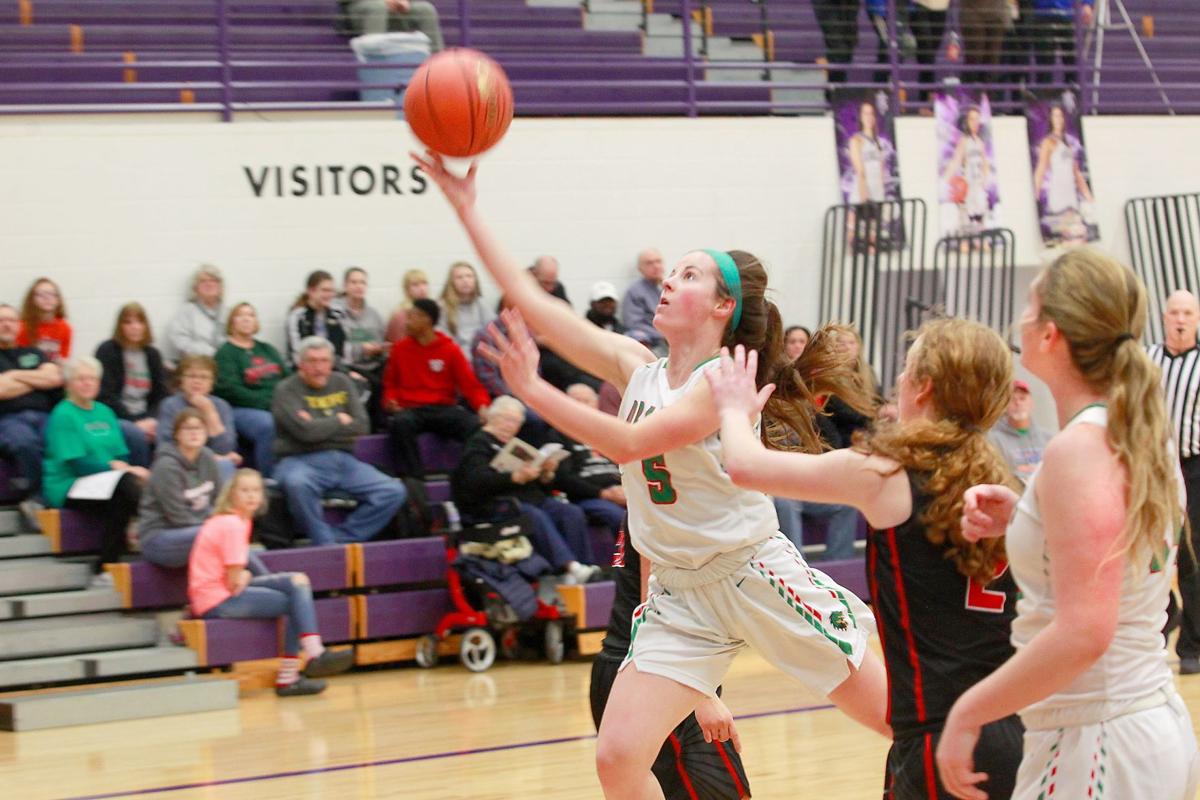 Mid-Buchanan guard Brylee Kemper drives to the hoop for a layup against St. Joseph Christian on Thursday at Bishop LeBlond. 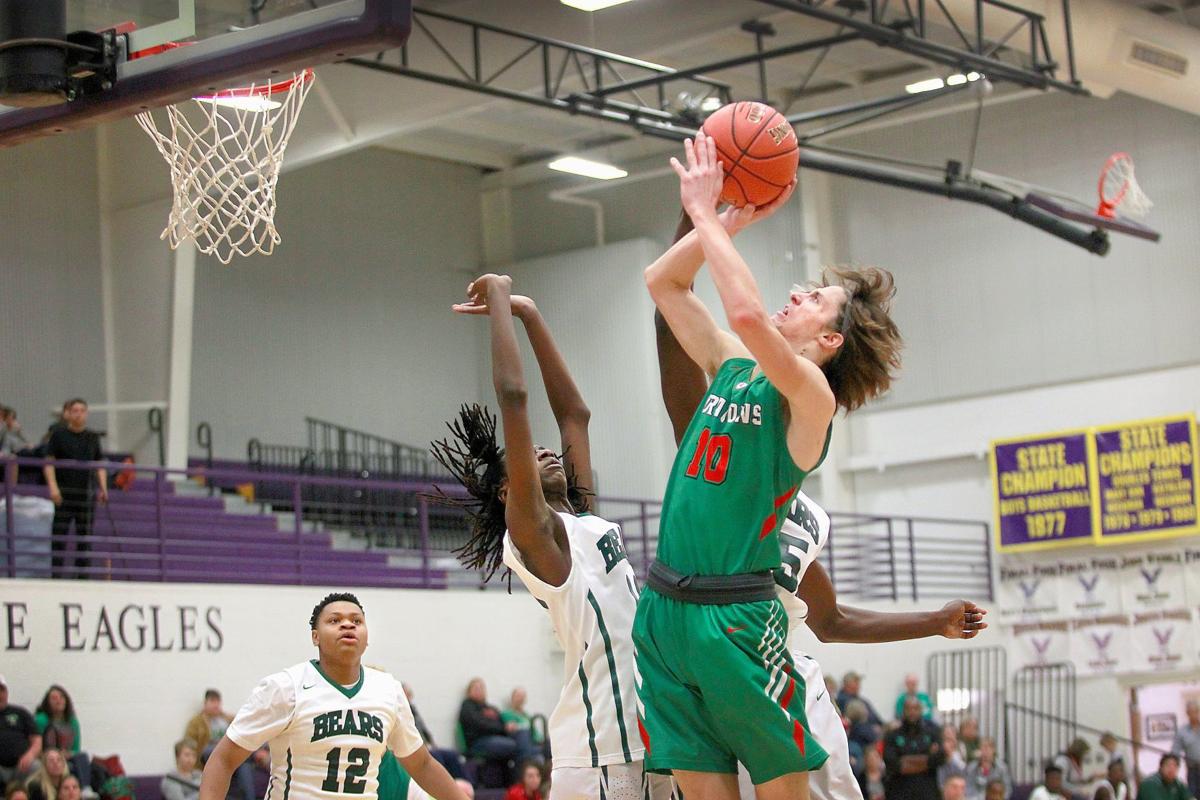 Mid-Buchanan guard Brylee Kemper drives to the hoop for a layup against St. Joseph Christian on Thursday at Bishop LeBlond.

Last season’s Bishop LeBlond Holiday Tournament champions on the girls side got off to another impressive start in this year’s field.

The Mid-Buchanan Dragons stormed past St. Joseph Christian 62-29 in the first game of Thursday’s opening round at Grace Gymnasium. From the opening tip, the Dragons dominated the game and never looked back.

That was exactly what coach Rod Elms wanted to see from his team.

“We actually played with intensity,” Elms said. “It doesn’t matter who we played, we played with a little more intensity and made a lot better shots. We haven’t been taking care of the ball very well. I just enjoyed our effort (Thursday). We played hard.”

Mid-Buch jumped out to a 13-0 lead courtesy of six early points from Kelsey Stout. The junior led the way with 14 points.

“That was probably the best game she’s played all year,” Elms said. “She ran the floor and made good decisions. Sometimes she was not being aggressive and not attacking the glass. This time she was.”

Stout’s performance epitomizes this year’s Mid-Buchanan team that lost four starters parts from last season’s state runner-up team, which finished with a 29-3 record. It’s a new team for the Dragons, who moved to 9-1 with Thursday’s win.

“It’s not like we’re playing good ball right now,” Elms said. “I think people are trying to learn their roles, with those four starters going. (Thursday) was a good example of what we can be and hopefully it continues throughout this tournament.”

A fast start by the Dragons saw Mid-Buch take an early 10-point lead in the first quarter before the Panthers answered back with a run of their own.

Not much separated the two squads in the first half, with the Dragons clinging to a four-point halftime lead. In the second half, Mid-Buch pulled away. After allowing 18 points in the opening quarter, East did not have a double-digit quarter in the final three.

“It’s nice to see us not freak out in a game where we jumped on them early then they rallied back,” Mid-Buchanan coach Bryce Kemper said. “We played our game, got back into it and steadily pulled away by making good plays down the stretch on both ends of the floor.”

Similar to the girls side, the Mid-Buch boys have a lot of new faces playing key roles after graduating a large senior class that helped the Dragons to a berth in the title game of the LeBlond Holiday Tournament. That team eventually took third in the state.

Christian Scaggs led the way with 13 points while Riley Brill added 10 to lead the way for the Dragons. Next up will be the final game of the night today with tipoff slated for 8:30 p.m.

“This is a brand new team so we’re kind of learning as we go and they have to be ready to go out there and compete,” Kemper said.

Companies plan to return to office

John Zetmeir can be reached