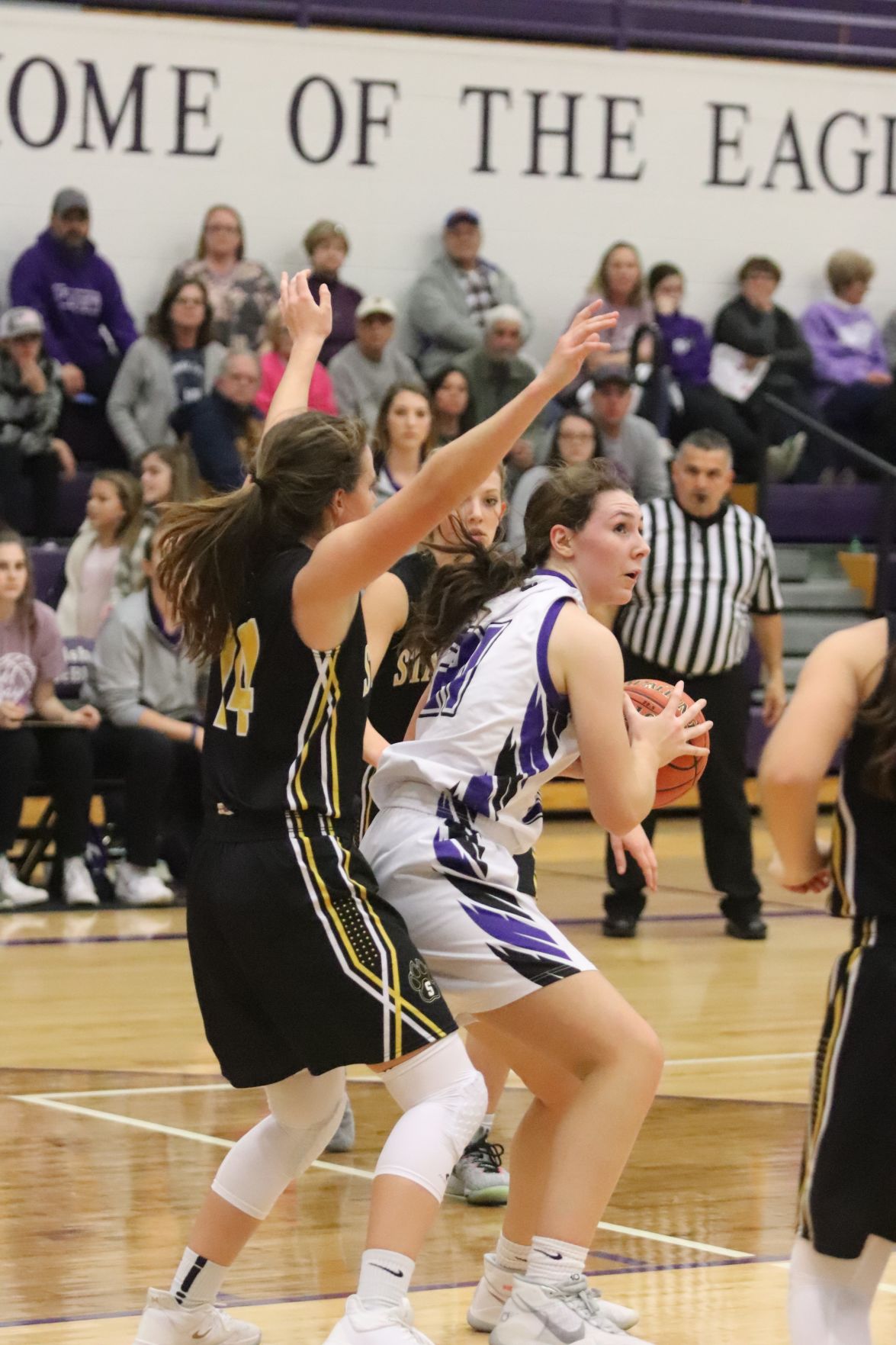 LeBlond senior Juliann Smith gets the ball in the paint against Stanberry this past season at Grace Gymnasium. 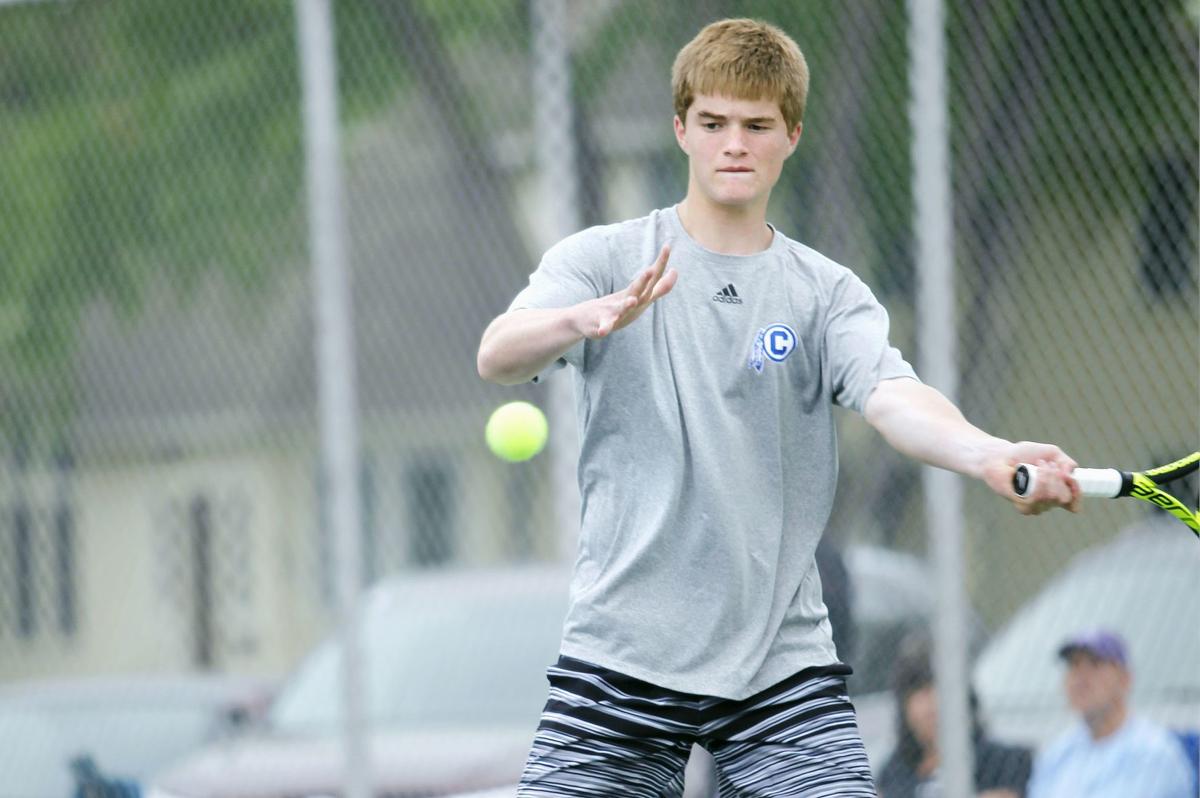 Central's Cole Hopkins returns a serve against Park Hill South during a doubles match in the 2018 district playoffs at Noyes Tennis Complex. 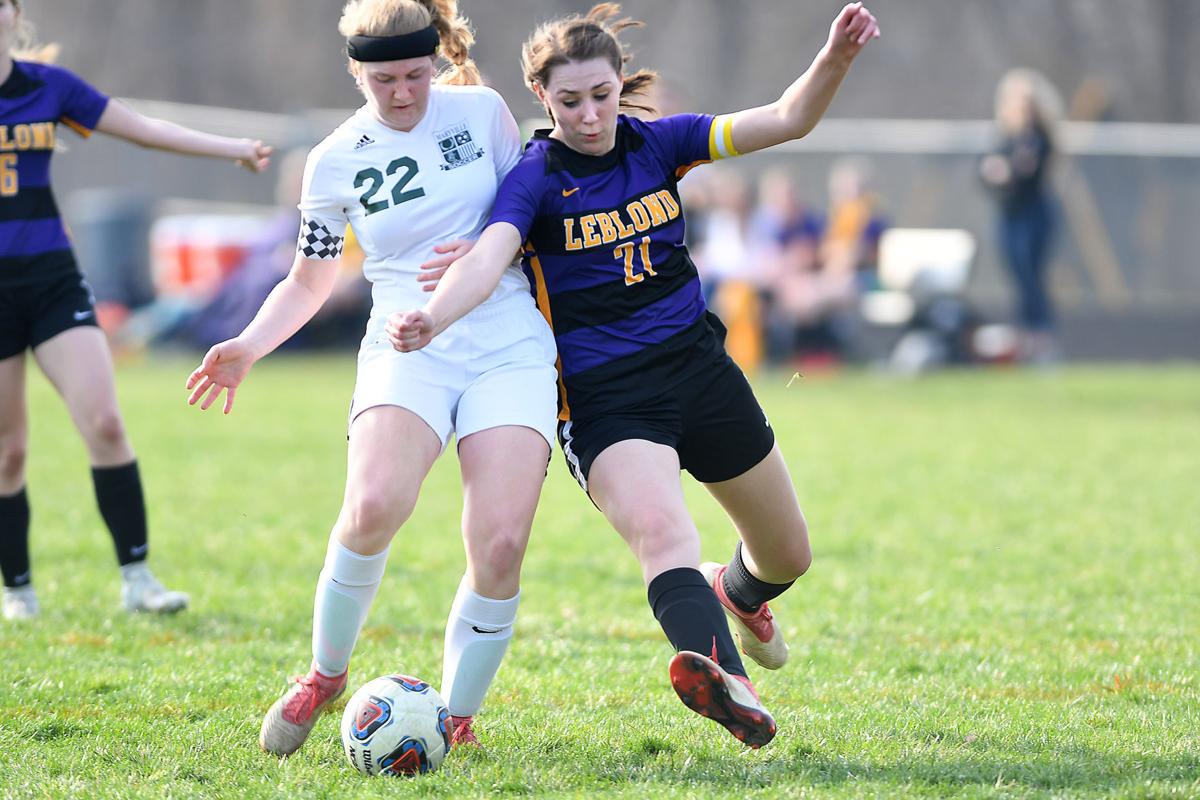 LeBlond senior Juliann Smith gets the ball in the paint against Stanberry this past season at Grace Gymnasium.

Central's Cole Hopkins returns a serve against Park Hill South during a doubles match in the 2018 district playoffs at Noyes Tennis Complex.

Scholar-athletes were nominated from each of the five St. Joseph high schools. The top two are chosen by the St. Joseph Sports Inc. Board of Directors and receive a $1,000 scholarship.

“I was just excited to be a nominee so, when they said it was me that won, it was cool and it was a great honor,” Hopkins said.

Hopkins had success on the basketball and tennis court while attending Central, but said his greatest accomplishment goes beyond athletics.

“I’ve obviously made a bond with people that’ll last a long time. Those things will carry on way longer than sports,” Hopkins said.

Smith played basketball, volleyball, and soccer during her time as a Golden Eagle.

“I was pretty honored because there was great competition this year, all those people were very deserving of being nominated and winning,” Smith said. “So, definitely a very humbling experience.”

Smith has received All-State and All-City recognition in both soccer and volleyball, but plans to carry out her success on the soccer field next year. She will continue her soccer and academic career at William Jewel College this fall.

Hopkins will attend the University of Arkansas where he will major in engineering. The soon-to-be freshman is excited to begin college, but admits he will miss walking the halls of Central, seeing his classmates and teachers.

“Next year at some point I’ll be looking back and I’ll definitely miss seeing some people,” Hopkins said. “You never realized it was going to be the last time you see them.”

This year’s event was a little bit different as it was held virtually on St. Joseph School District’s Facebook page.

“It was a little interesting, but it was still nice that I could be surrounded by my family because that’s really what it’s about,” Smith said.

The full video of the virtual banquet can be found at https://www.facebook.com/stjosephschooldistrict.