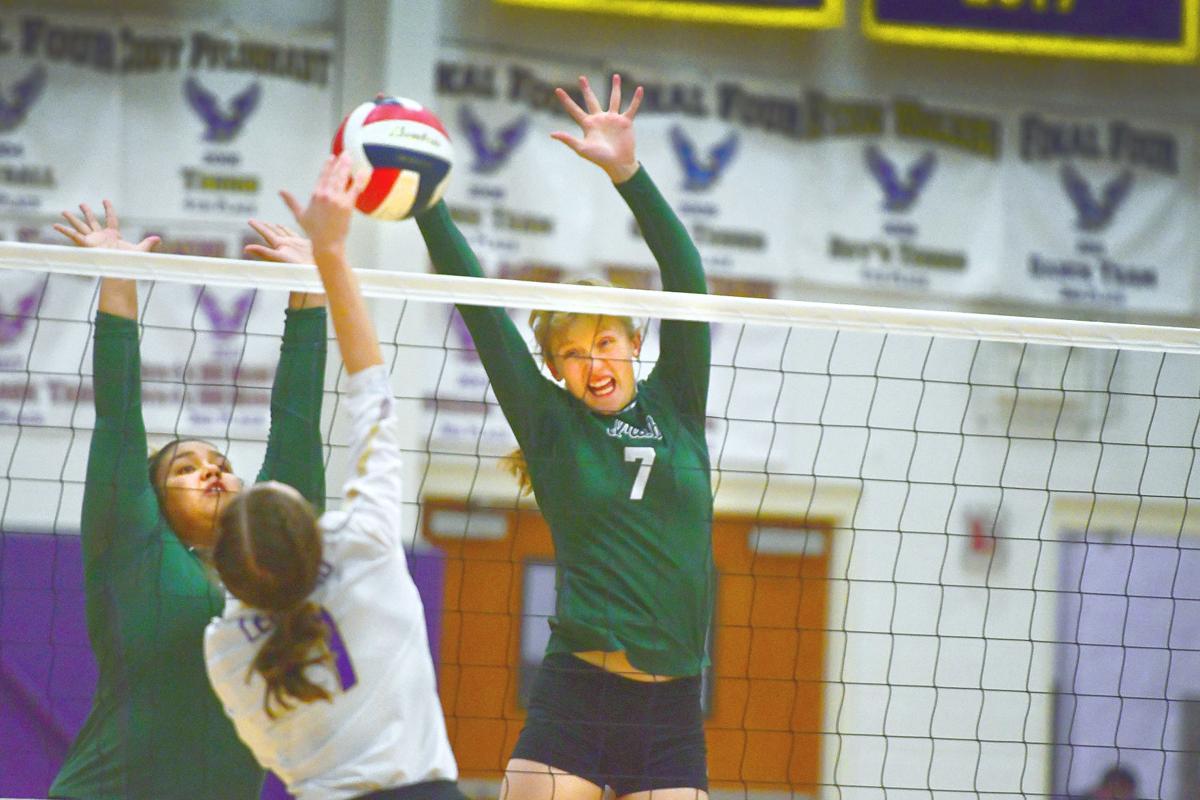 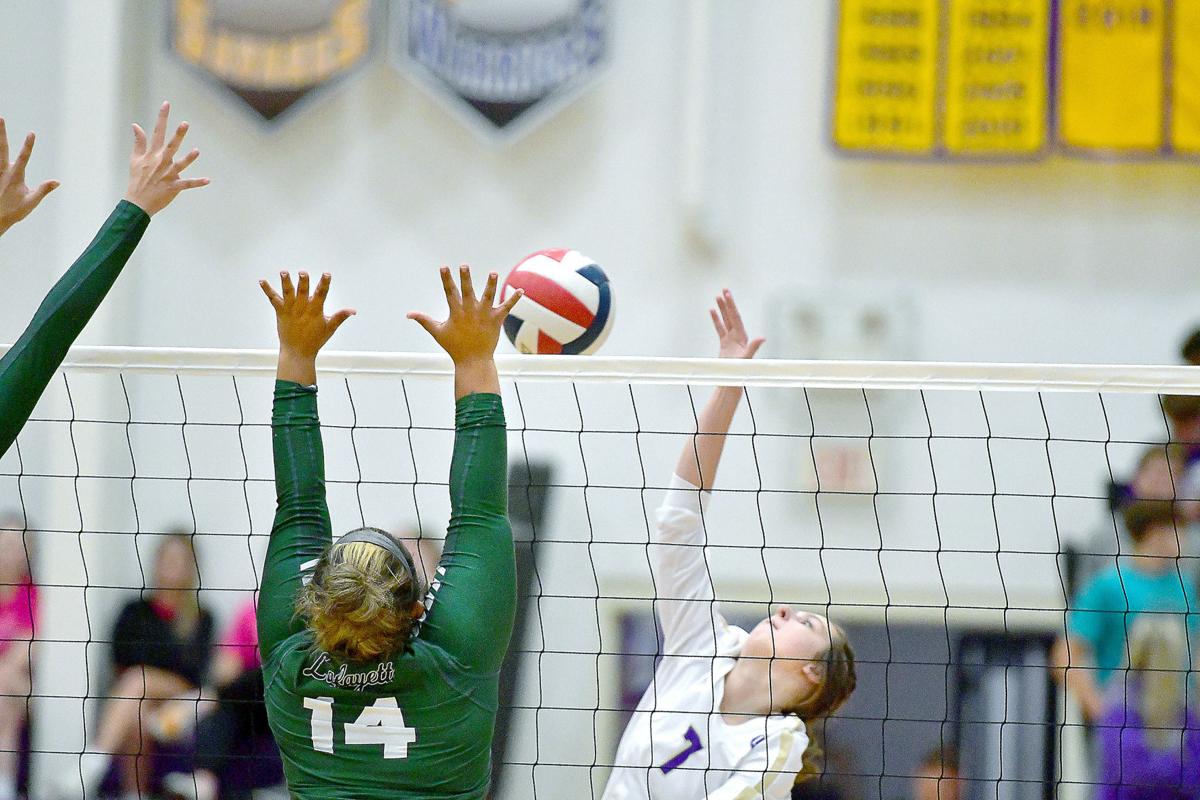 Halfway into the toughest stretch of its season, the Bishop LeBlond volleyball team kept up the momentum with a 2-0 sweep of Lafayette on Thursday at Grace Gymnasium.

After edging out a three set win over Lafayette (11-12) in its home tournament last Saturday, LeBlond (14-8-1) built upon what it had learned in the victory over West Platte on Tuesday.

“We played Lafayette on Saturday in our home tournament, so we knew it was going to be a close game because we went to three sets,” Golden Eagles senior Juliann Smith said. “It was going to be a challenge for us, but coming off that win over West Platte we knew that if we kept it together and focused on what we could do, we would be unstoppable.”

LeBlond nearly allowed the Fighting Irish to make a comeback in the first set but put an end to a late Lafayette run with a block to turn the tide back in the Golden Eagles’ favor, leading to a 25-22 win.

The second set was more decisive, with LeBlond jumping out to a substantial lead and never allowing the Irish to get into a groove, winning 25-13.

LeBlond coach Kimberly Huss attributed the team’s success to smart ball placement, whether off the serve or when assisting.

“Kenna O’Riley, our setter, did a great job of distributing the ball and making decisions with where she was setting,” Huss said. “And Reagan Thompson, her serves in the second set got us through the first seven or eight in a row and that was critical to what we were doing tonight. That was critical to keeping us ahead in the game.”

Thompson tied with Smith for the team lead with seven kills, four of which were aces.

“We all communicated and did our hardest, got out blocks up and got some hits. Our passing was really good today, which helps,” O’Riley said. “We had really good energy throughout and that contributed to the win.”

Unfazed by the volume of games over the last week, Smith draws on her teammates to overcome fatigue.

“Most of the energy comes from one another. It can’t be one person giving energy, it’s everyone on the floor and as a team you push ahead.”

Participating in their second weekend tournament in as many weeks on Saturday at Benton, Huss was encouraged by the improved communication and focus of her team as they grind through the latter part of the season.

“I thought the girls came out and played really well together. We have to take care of business on our side of the net, and I thought we did a great job of that tonight. I’m just excited that the team has rebounded from so many matches in a small period of time,” Huss said. “We know this is the toughest stretch of the season in these 10 days because we play a lot of matches, but I’m really pleased with the momentum we have going into the tournament this weekend.”

Levi Smith can be reached at levi.smith@newspressnow.com