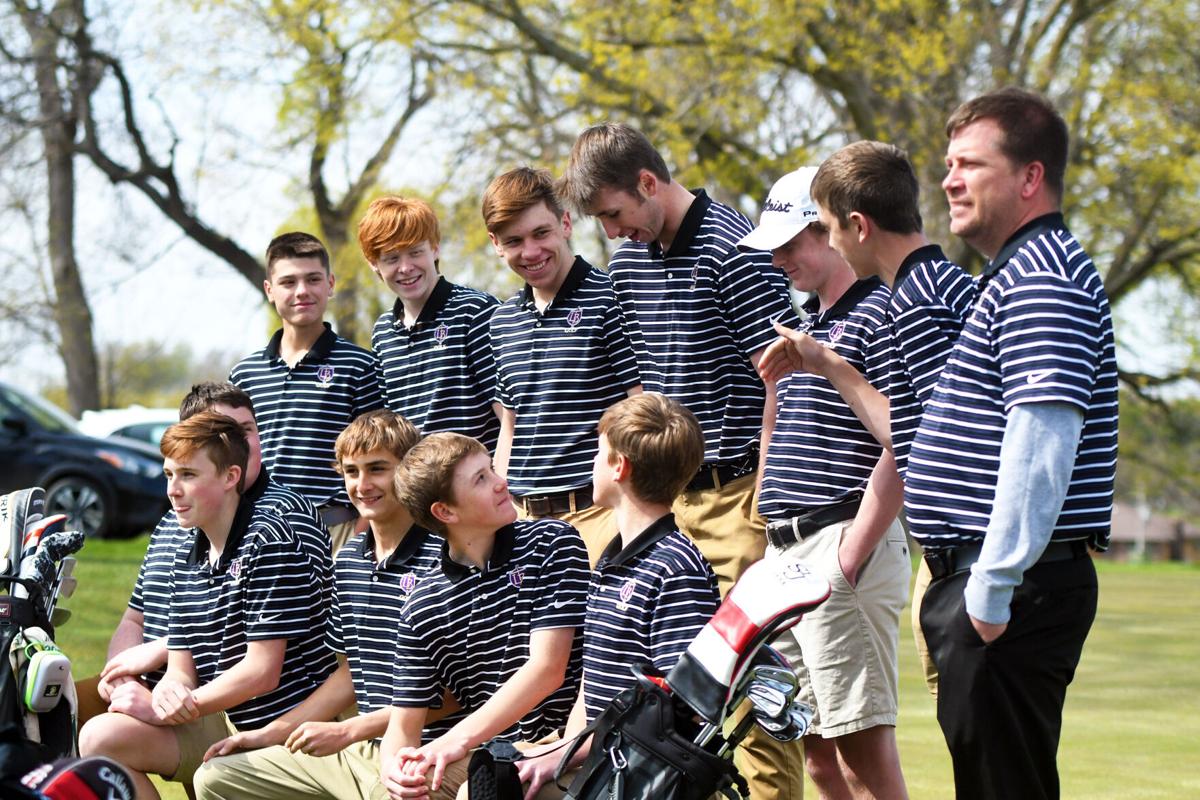 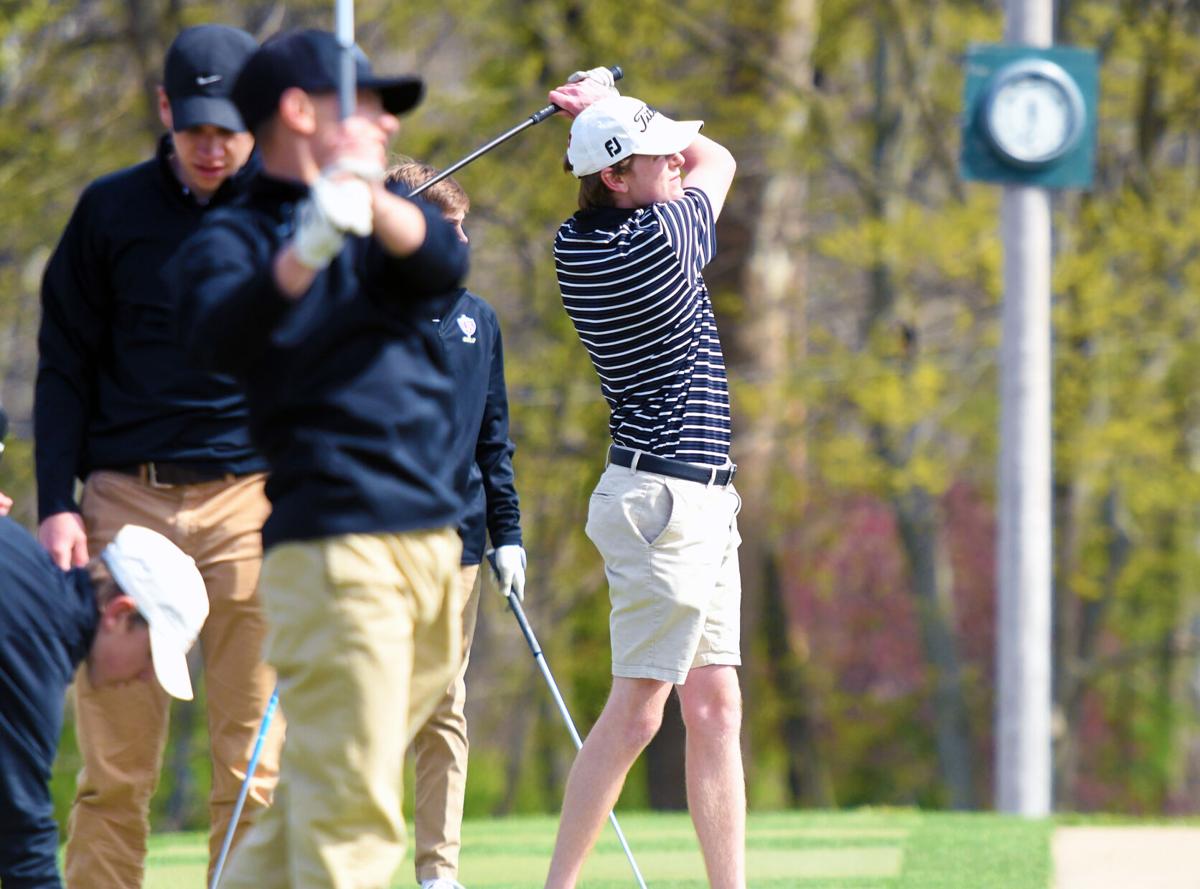 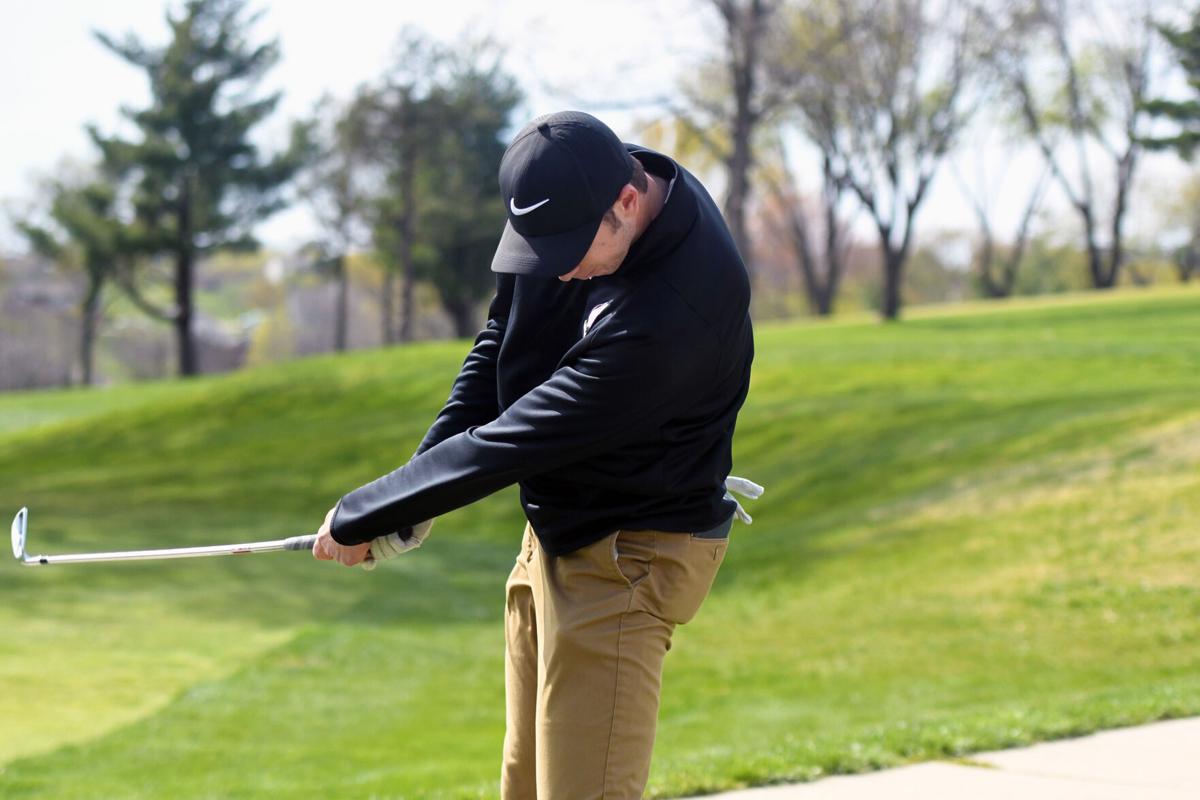 Before he ever coached them, Mitch Girres would spot plenty of Bishop LeBlond student-athletes at the St. Joseph Country Club practicing their game.

Girres took over LeBlond’s golf program in April of 2020 once Pat Clark retired after 37 years at the helm, and the success Clark brought to the program is something Girres looks to continue.

Three-time state champions since 2016 and finishing fourth or better at state six times, Bishop LeBlond is gearing up to go all the way again.

It’s been almost two years since the Golden Eagles brought home the state title in 2019, but defending the title is still in the back of their minds.

“It stung a little bit to miss that season,” Bishop LeBlond senior Jeffrey Johnston said. “But I mean, we’re coming out trying to win another one and keep it rolling.”

This year’s golf team is made up of Johnston and his twin freshmen brothers Timothy and Patrick Johnston, as well as sophomore Sam Shoeberl and freshman Davis Jungbluth.

“I’ve known the Johnston boys for quite a while, and since I’ve been at LeBlond, I’ve gotten to know the Yungbluths, and I’ve always seen Sam out and about playing. So I’ve known a lot of these kids for a long time,” Girres said.

Also the at the helm of Bishop LeBlond basketball, Girres isn’t the only one connected to the whole squad. In fact, the team’s close dynamic has been years in the making.

“I actually went to preschool with the youngest Johnson twins. So I’ve known them for a really long time,” Schoeberl said.

The Golden Eagles are unbeaten by winning every event they’ve competed in so far this season, and their close ties are a big reason why.

“It helps a lot. We both encourage each other to be better players and we both drive each other to improve, and it gives us a lot of competition,” Timothy Johnston said. “It’s familiar. We’ve been playing together for a long time, and it’s just been really fun.”

Although the three Johnston brothers may be the only ones related to one another, the Golden Eagles say they all feel like family.

Backed by an illustrious history and a close-knit community, they’re hoping to repeat history.

“It would mean a lot to get to state and win as a team, just since we’re so close,” Timothy Johnston said. “It’d be awesome.”