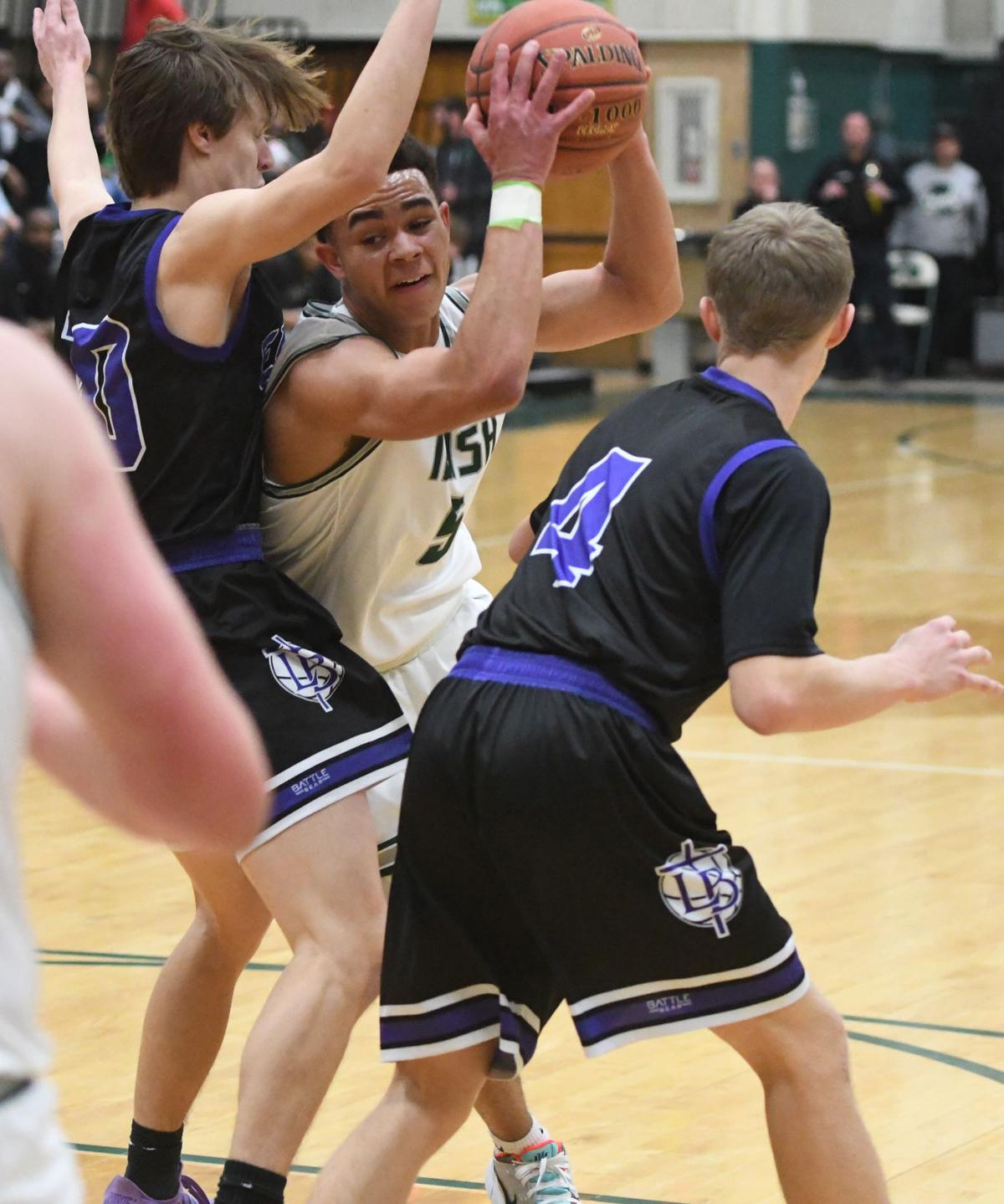 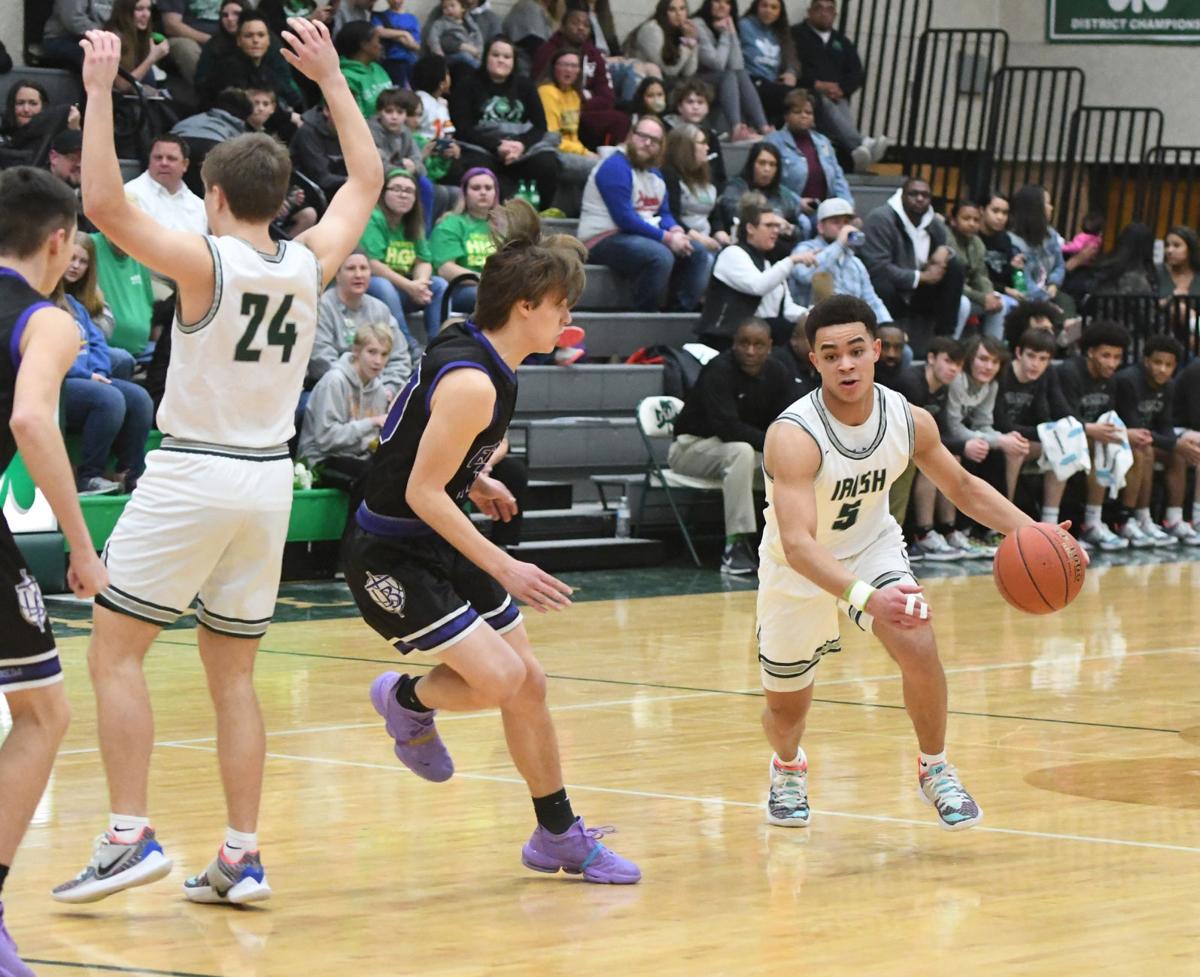 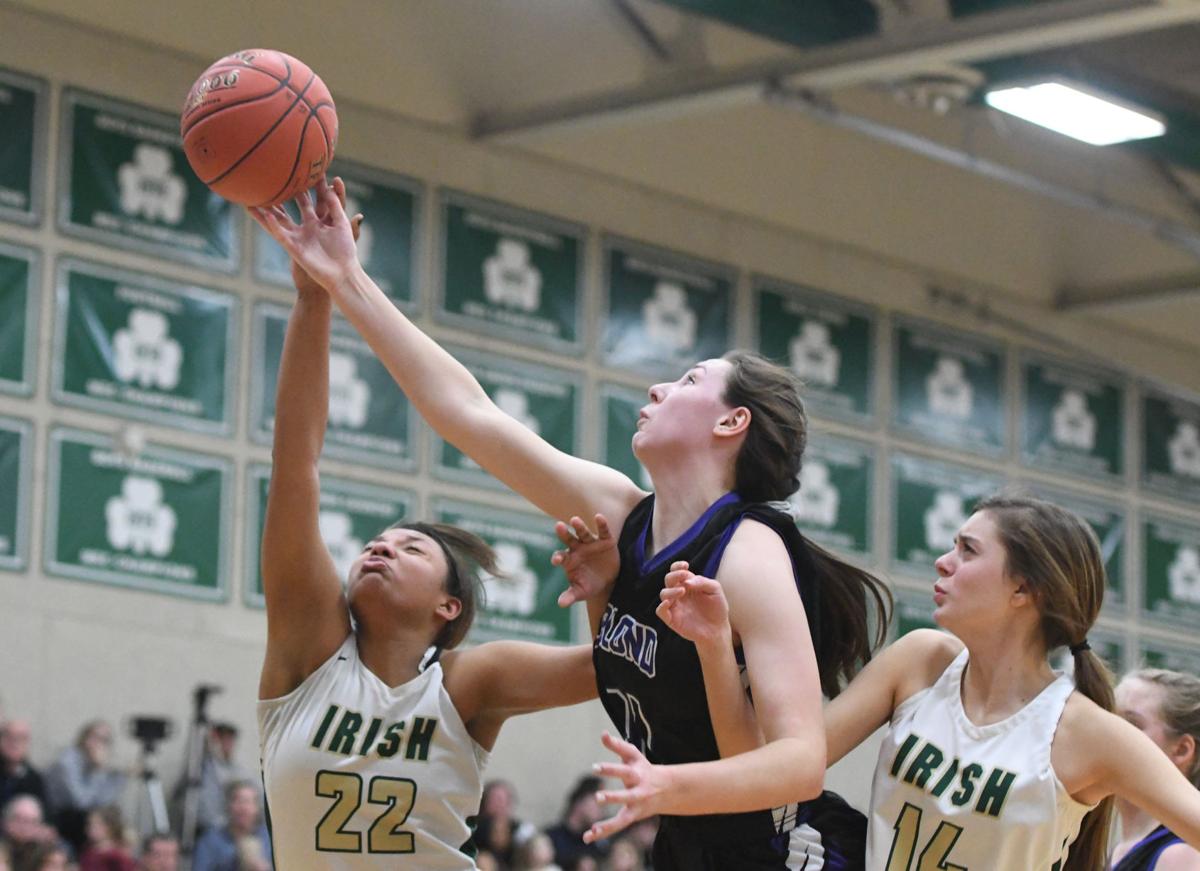 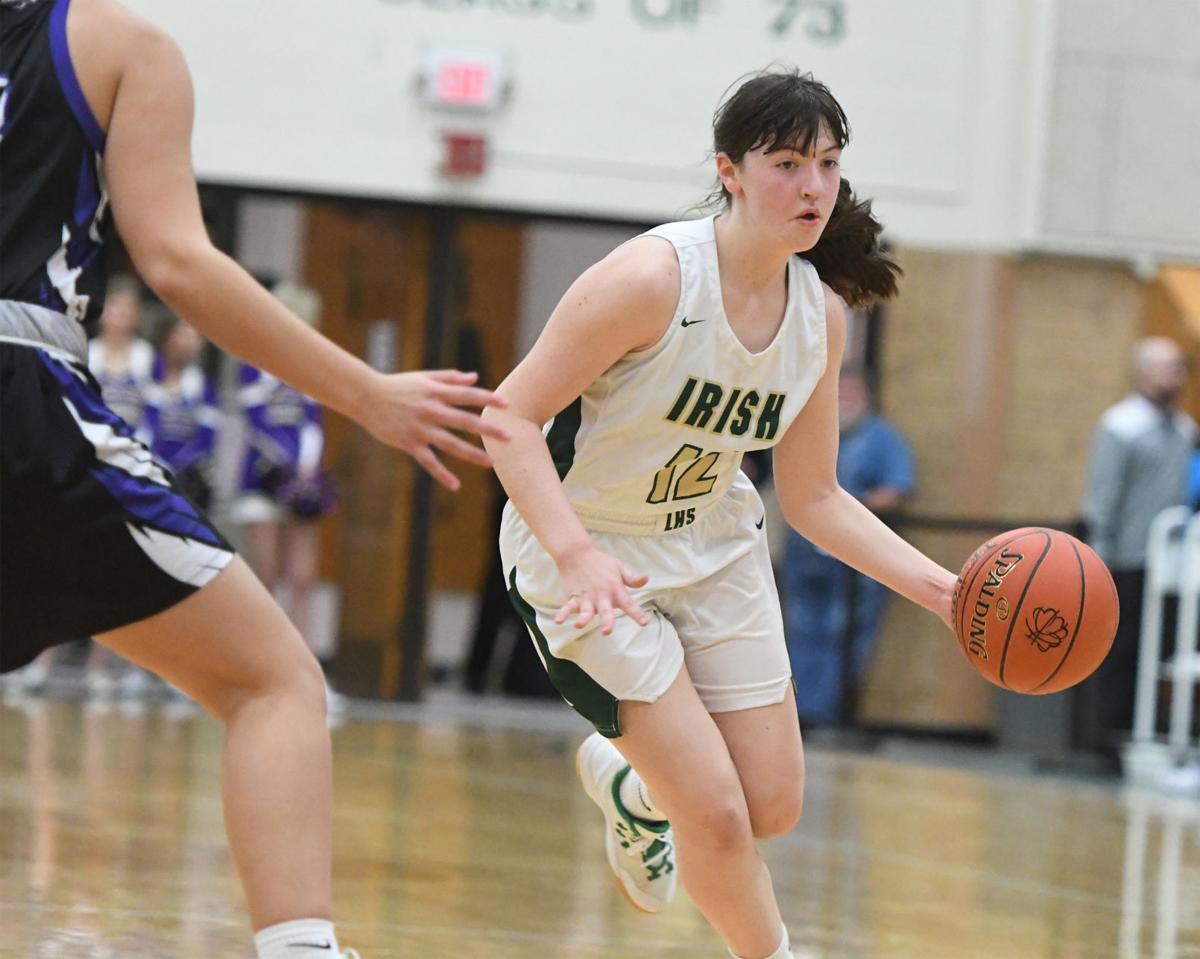 Darcy Bowlin turns the corner and drives to the basket Friday night at Lafayette High School.

Darcy Bowlin turns the corner and drives to the basket Friday night at Lafayette High School.

Lafayette opened the game on an 8-0 run and never looked back, as the Fighting Irish beat Bishop LeBlond 67-43 Friday night at Lafayette High School.

Lafayette was in control from the start and capitalized on fast break opportunities, leading 18-8 after the first quarter.

Things would get even worse for Bishop LeBlond, as Lafayette would go on a 17-0 run between the second and third quarter, all but ending any comeback chance the Eagles had.

Lafayette’s TJ Alexander finished with eight points, but it was his ability to push the ball up the court and find his teammates for open shots that made him stand out.

Alexander thought the team could have been better on defense for the game, but played well enough in the second quarter to spark their big run.

“We started off kind of slow,” Alexander said. “Towards the end of the second quarter we started pushing it and getting easy buckets from the defensive end by getting easy stops.”

Lafayette head coach Kevin Bristol also thought his team needed to be better on the defensive side of the ball.

“We played good tonight, but I wasn’t too happy with the way our defense played in the first half,” Bristol said. “We got lucky. We were able to do what we wanted to do on offense, but just couldn’t get the defense right.”

Bristol loves when he gets good offense from his team, but he believes defense is where it starts.

“We played well offensively, but we try to hang our hat on the defensive side,” Bristol said. “As we say in the locker room, ‘Offense doesn’t travel to every gym, defensive does.’ So, that’s what we want to be our spark for the entire game.”

Lafayette led 52-26 going into the fourth quarter, allowing Bristol to rest his starters.

With all the cancellation of games due to weather, Lafayette plays three more games over the next four days. Getting to rest the team was something Bristol hoped he would be able to do.

Lafayette has now won four games in a row and now sit at 11-6 on the season.

The Irish have five games remaining before the district tournament begins, a challenge Alexander thinks his team can do very well in.

“I think we can win districts,” Alexander said. “But we just need to keep pushing each other in practice and end the games and we can go further than that.”

The Lafayette girls basketball team was able to get its third win of the season as it held off Bishop LeBlond and won 48-43 Friday night at Lafayette High School.

Lafayette made things very difficult for Bishop LeBlond in the first quarter, holding them to 14 points. Meanwhile, Lafayette scored 23 and had a nine-point lead at the half.

Bishop LeBlond would not go away, as it slowly chipped away at Lafayette’s lead with big contributions from Tatum Studer and Sloan Lewis.

With six minutes left in the fourth quarter, Bishop LeBlond took a 30-28 lead.

The Eagles would not lead again. Lafayette’s Harlea Tarr hit an open three to give Lafayette the lead and then hit another three on the next possession to make the score 34-30 Lafayette.