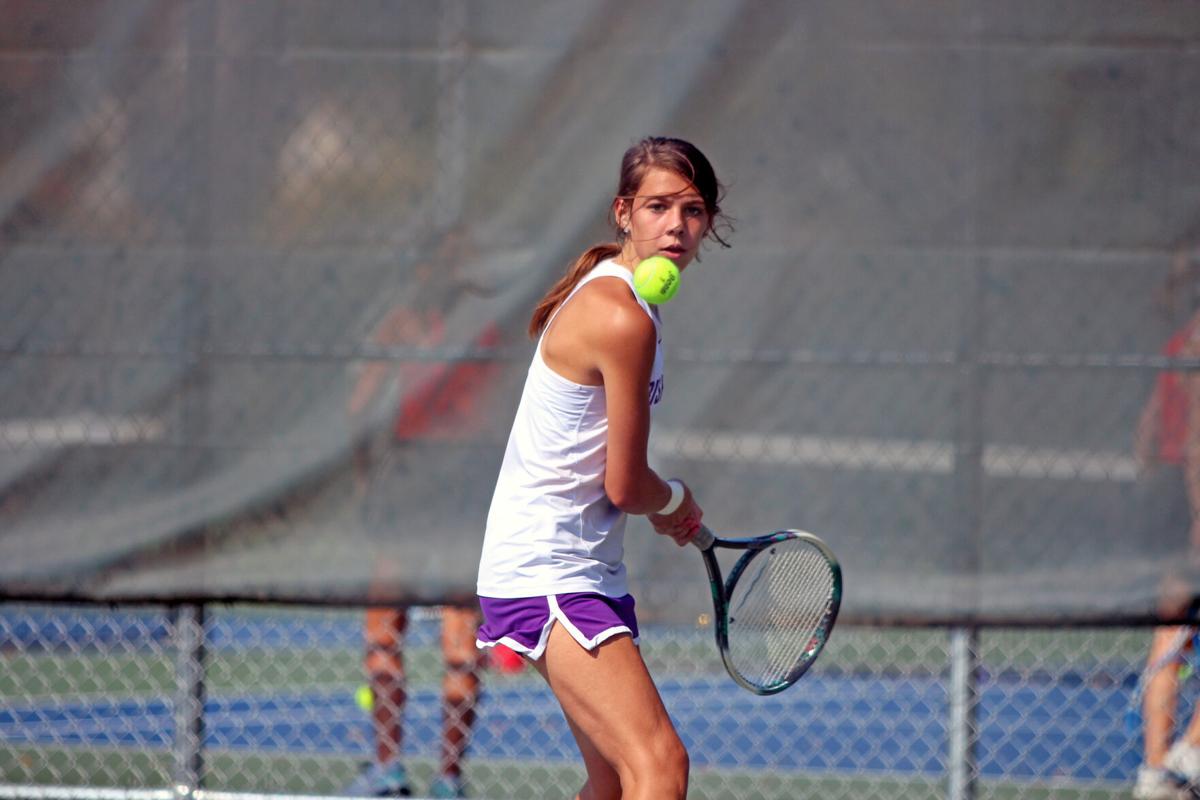 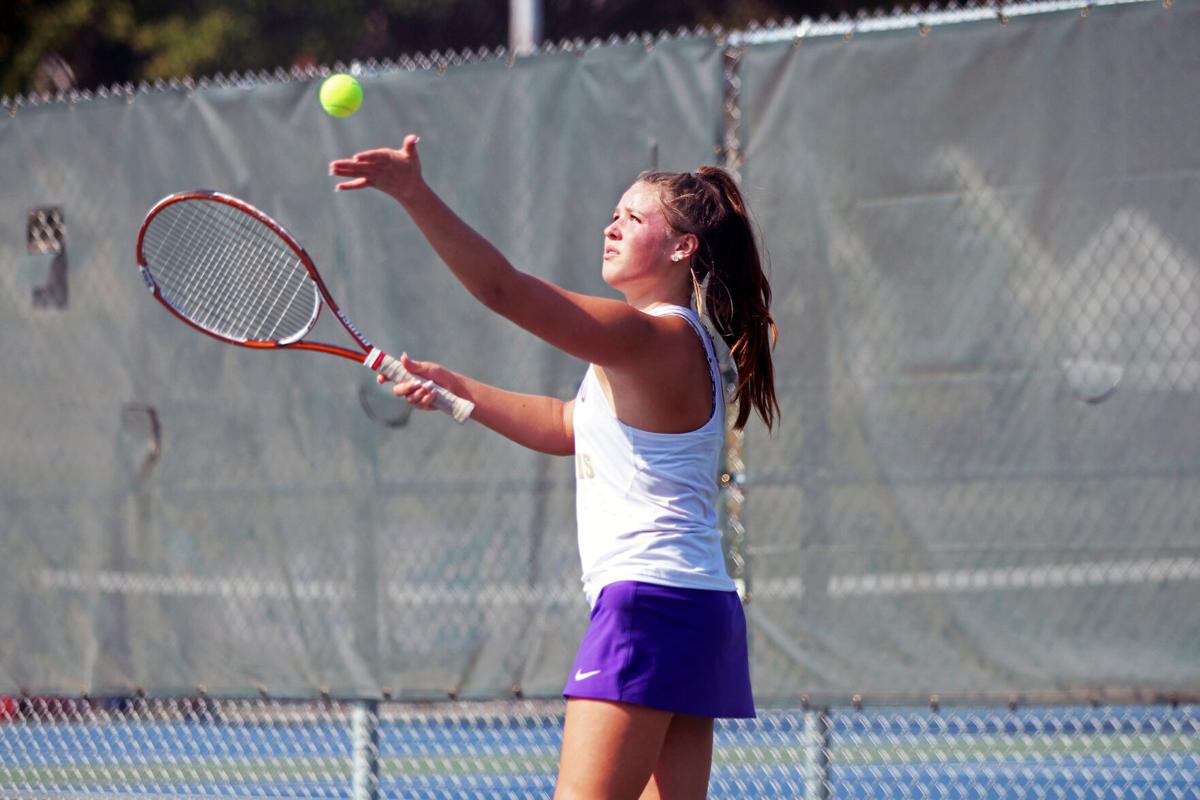 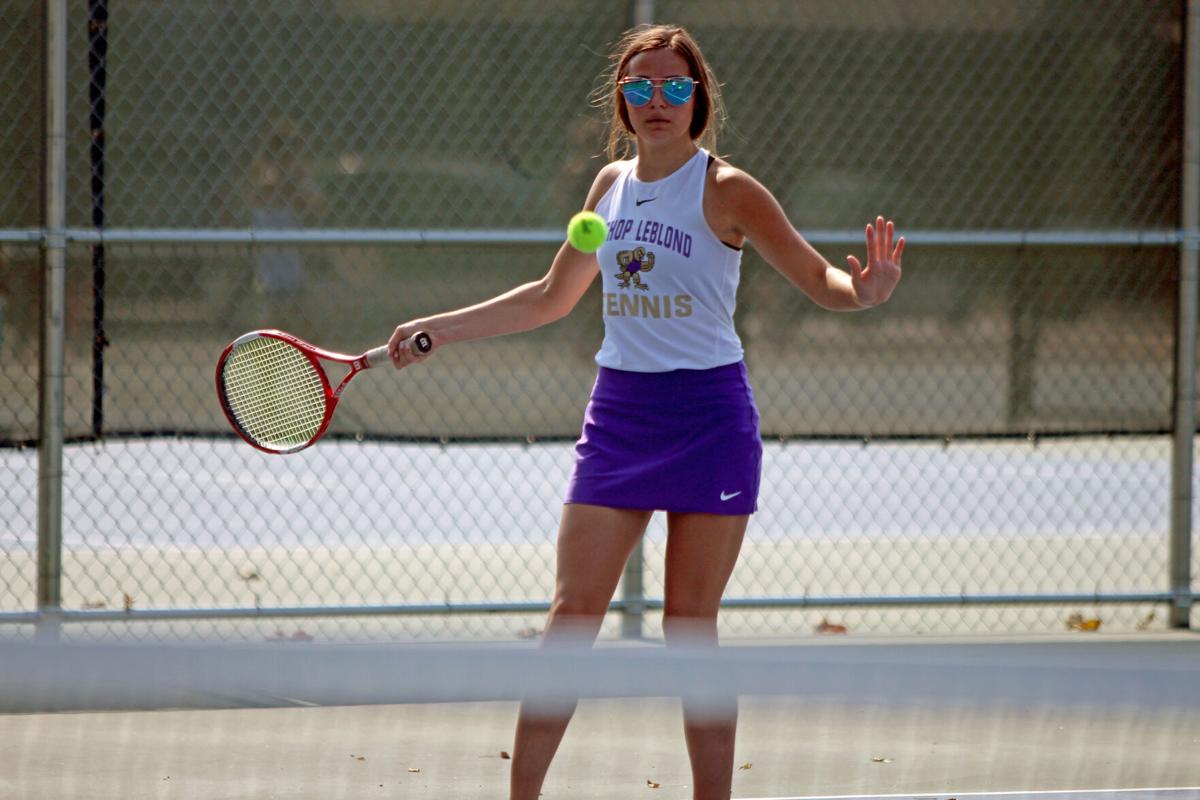 At this week’s state tournament, the doubles pair of junior Peyton Netten and senior Libby Weddle will represent the Golden Eagles in Class 1 doubles.

Joining them is freshman Emily Weddle, the younger sister of Libby Weddle, as the winner of district and sectional singles last week.

The rookie worked her way up the Golden Eagles roster through her hard work this season, even having to take on the extra burden when COVID-19 quarantines affected the team’s singles roster during the regular season.

“She has come a long way this season. She’s really grown,” head coach Whitney Strasser said. “She had a couple weeks of a lot of growth. It’s really unique to see a freshman make it this far and progress as well as she has.”

Emily Weddle is the first Golden Eagle to advance to the state singles tournament in Springfield since Lane Hegarty went back in 2008.

She will share the trip to state with her family after both took down Chillicothe opposition in Saturday’s sectionals at the Noyes Tennis Complex. LeBlond also sent the Hazelrigg sisters, Conner and Loree, in 2010.

“It’s so cool. I’m really proud of her,” Emily Weddle said. “We’ve come really far. It’s exciting to do this together.”

“It’s competition between us, but it’s really fun,” Libby Weddle added. “I’m really proud of her, especially as a freshman. She’s already accomplished so much, and I hope the best for her.”

While Emily Weddle strives to advance in the singles bracket, the duo of Netten and Libby Weddle will hope to end their third year playing together by putting a state medal around their necks, battling 15 other teams from across the state to do so.

The pair has had success in the past, including a trip to sectionals last year, but worked to improve communication and movement has taken the duo to new heights.

“We’re like family, like sisters. We can talk about anything, encourage each other and support each other. We’re great teammates,” Libby Weddle said.

“We’ve gotta stay calm, stay patient. The most important part is to have fun.”

Netten added that the duo never takes any moment too seriously, helping them stay loose in the heat of the battle.

“We can just laugh at any point,” Netten said, laughing herself. “We can mess around but know how to play.”

With three girls booking trips to state, the whole team will try to do so Monday with sectional and quarterfinal matchups in Odessa.

“It’s a really unique and accomplishing feeling to be this far as a group,” Stasser said. “They’ve really grown together as a family, not just a team. It means a lot to me and them to grow as much as we have, especially in the three seasons that I’ve been head coach. It’s a lot of growth and great accomplishments. I see good things coming in the future, too.”

For a season that was in question amid the COVID-19 pandemic, Libby Weddle is ecstatic just to make it to this stage in her final year repping LeBlond.

“I didn’t even know if we were gonna have a season this year. This is amazing,” Libby Weddle said. “I didn’t know how far we were gonna get. Getting this far is amazing and I’m really proud of us.”