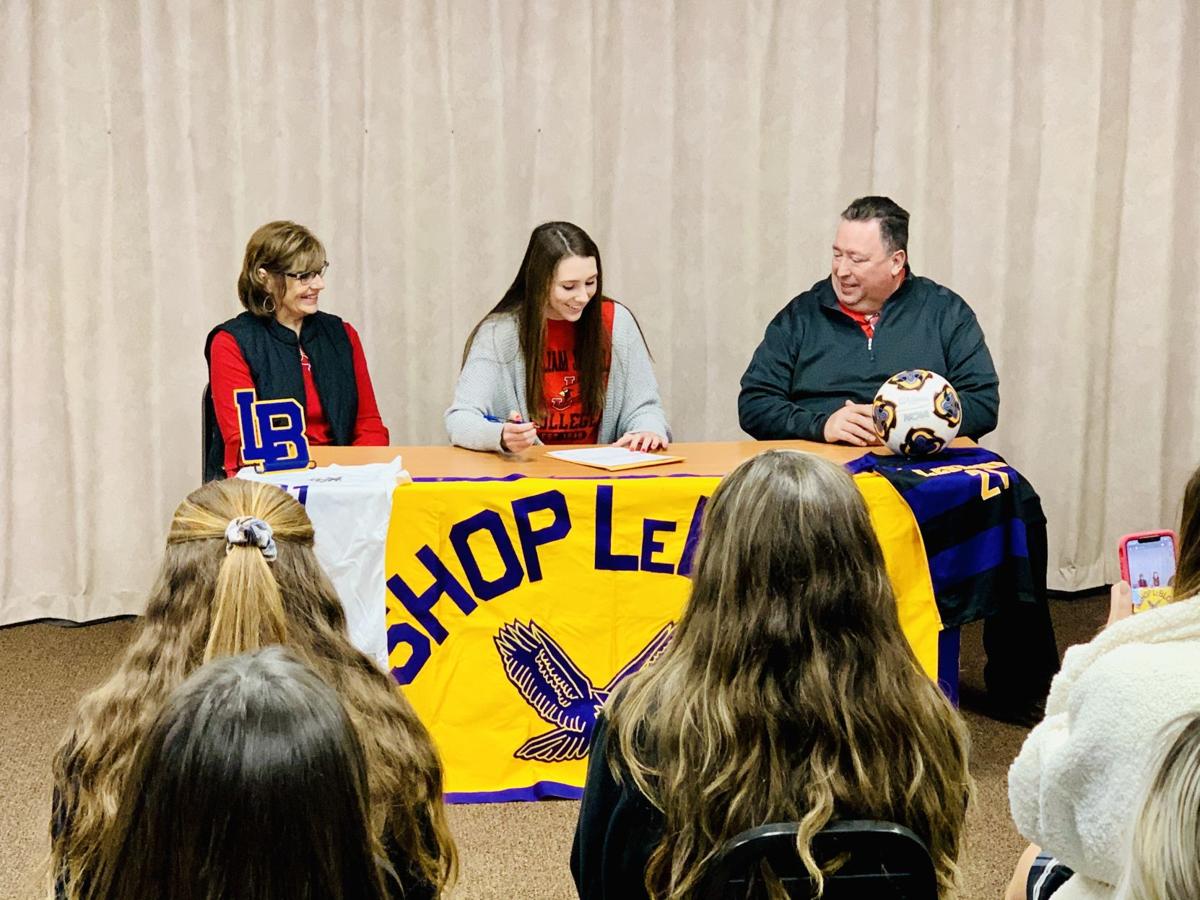 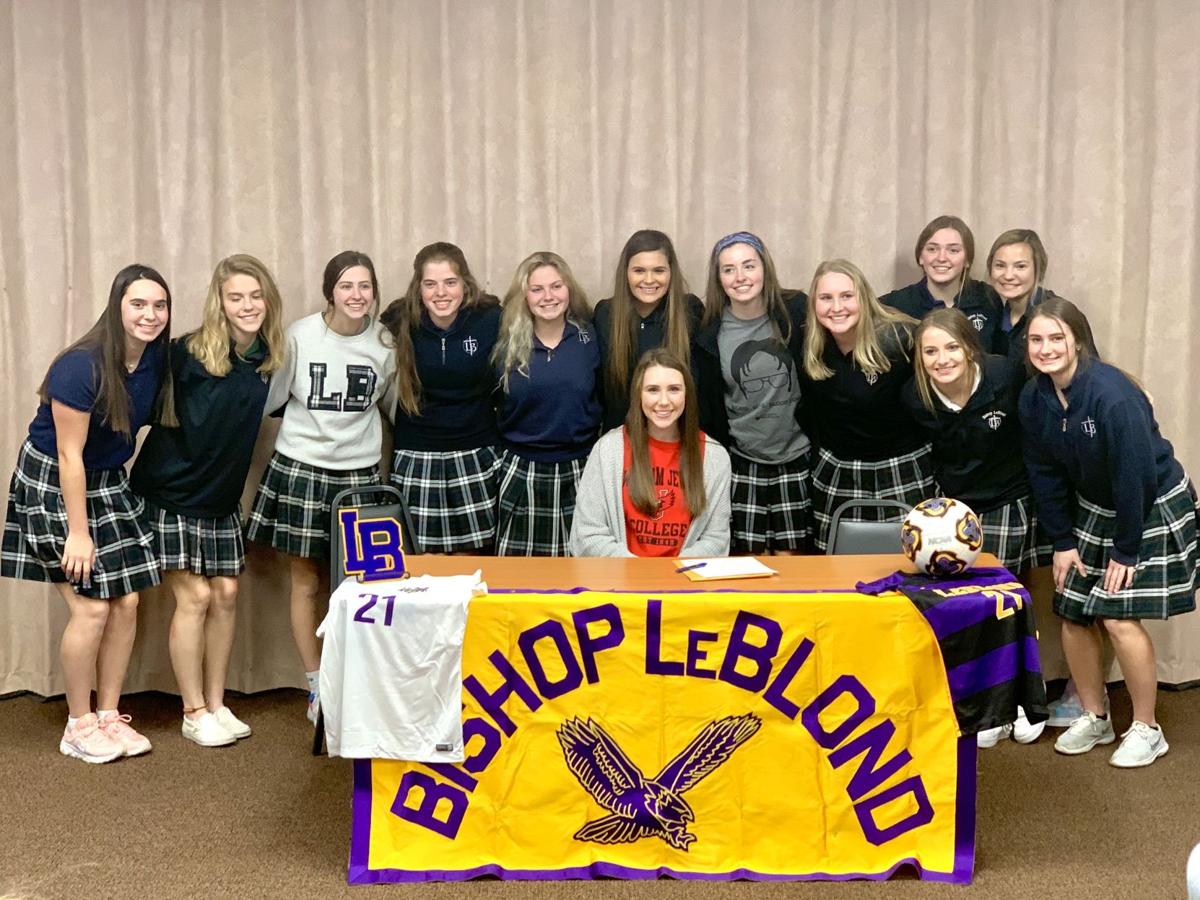 Juliann Smith poses with friends for a picture on Wednesday at Bishop LeBlond High School after signing her letter of intent.

Juliann Smith poses with friends for a picture on Wednesday at Bishop LeBlond High School after signing her letter of intent.

“There was a lot of emotions today, just because it was both goodbyes and also looking forward to a new beginning,” Smith said. “I’m really excited heading off because these people have done everything to get me ready for this experience, so I’m just looking forward to it.”

Smith competed in volleyball, basketball and soccer as a Golden Eagle.

She played both club and high school soccer as a center back. Smith helped lead the Bishop LeBlond soccer team to second place in Class 1 District 15 last season.

Smith also led the Golden Eagle volleyball team in kills this season, and has notched a spot as the leading scorer and rebounder for the basketball team the last three years.

With one more season left to compete with the Bishop LeBlond soccer team in the spring, Smith said she cherishes the memories made but looks forward to meeting her new teammates.

Smith added, “I’m excited to just be with a new team because the connection you have with your teammates is unlike anything else. So, I’m excited to go meet some new girls.”

When she chose to become a Cardinal, Smith had a certain priority in mind.

“I just wanted to find a school that was both academically successful and athletically, so I looked into it and I got in touch with the William Jewell coach and this happened, and it was all perfect,” Smith said.