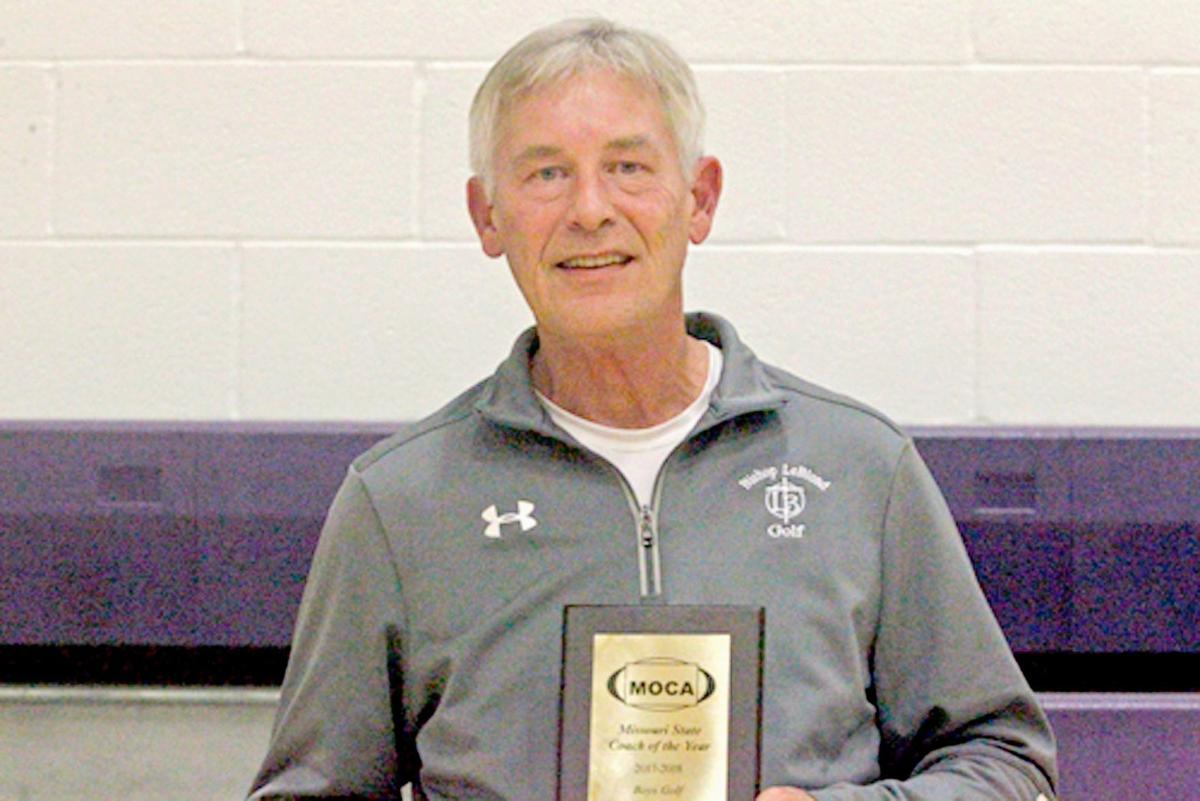 Bishop LeBlond golf coach Pat Clark was honored with the NFHS Missouri Golf Coach of the Year award in September of 2018. 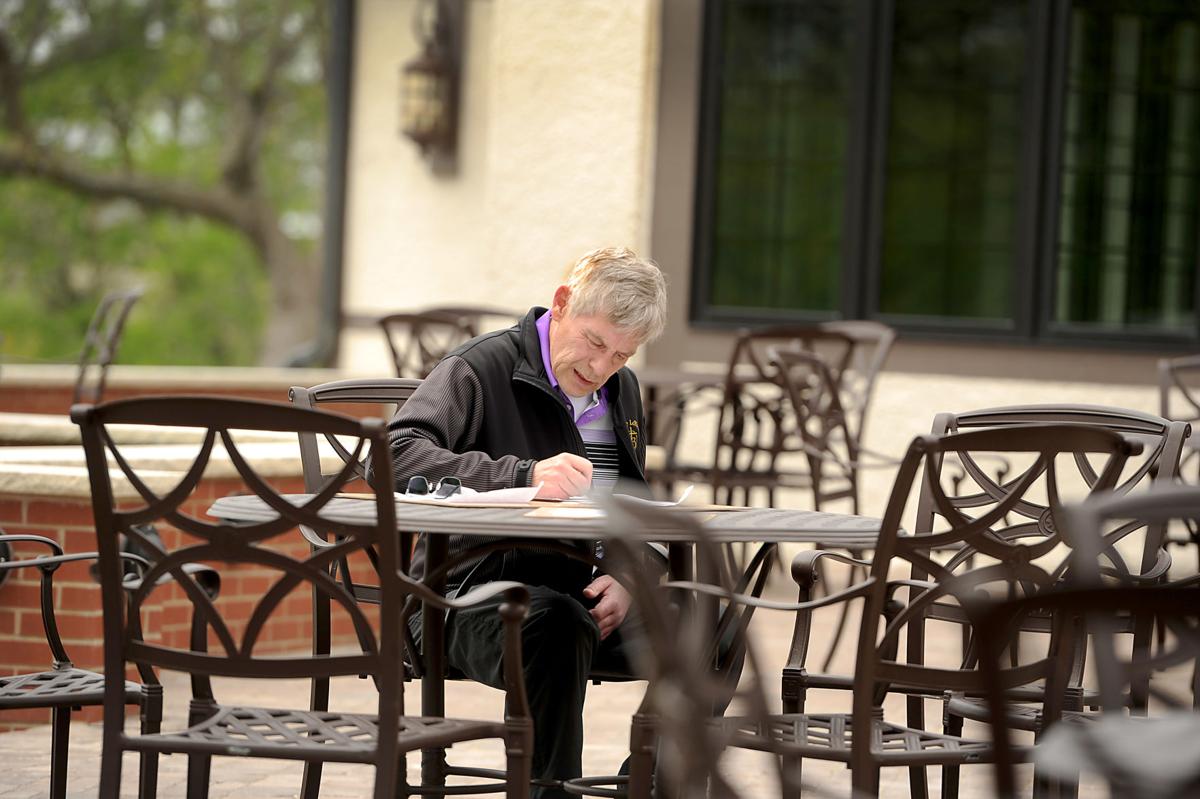 Bishop LeBlond coach Pat Clark records scores for the Class 1 District 8 championship back in 2019 at the St. Joseph Country Club.

Bishop LeBlond golf coach Pat Clark was honored with the NFHS Missouri Golf Coach of the Year award in September of 2018.

Bishop LeBlond coach Pat Clark records scores for the Class 1 District 8 championship back in 2019 at the St. Joseph Country Club.

"We are very appreciative for all the Coach Clark did for our golf program and Bishop LeBlond," Evans said in a press release. "He was recognized in the state of Missouri as the leader of one of the top golf programs over the last 10 years, and I think both the team and individual championships speak for themselves. He is not only a graduate of Bishop LeBlond, but after coaching and teaching at LeBlond for 38 years he will surely be missed. He truly exemplifies what Bishop LeBlond is all about."

Evans said Clark first approached him about retiring after he suffered a stroke last March, resulting in him sitting out for the remainder of the spring season.

LeBlond junior Owen Jungbluth remembered seeing his coach get taken away on a stretcher during class.

Clark led the LeBlond boys to their first MSHSAA Class 1 State Championship title in 2016 followed by back-to-back state championships in 2018 and 2019. His teams also recorded two third-place state finishes and one fourth-place title, along with 10 district champions and 10 MEC championships.

Two of Clark's former golfers currently are playing at the Division I level, including Southern Illinois University Edwardsville sophomore Brooks Jungbluth who went to state all four years with the Eagles.

"I remember coming as a freshman and being really excited to be on the team. It was nice to come in and have a coach who has been there a while and knows what he's doing," Brooks Jungbluth said. "Winning it senior year was awesome to end it on."

He was named the All News-Press NOW Golf Coach of the Year twice and the ANPN Coach of the Year once. LeBlond's golf program was recognized as one of the Top 10 programs of the decade for its excellent run between 2010-2019.

"He was really dedicated to coaching," said LeBlond senior Reagan McChristy. "He was always there at the golf course ready to help us whenever."

Along with coaching boys and girls golf, Clark also taught art at LeBlond during his time there. He concludes 37 years of coaching and 38 years of teaching.

Clark's former players and staff members are confident he has set the tone for LeBlond golf for years to come.

"As far as leaving us in good hands, I feel like it'll be a good time for the players to step up and accept new leadership roles," Owen Jungbluth said.