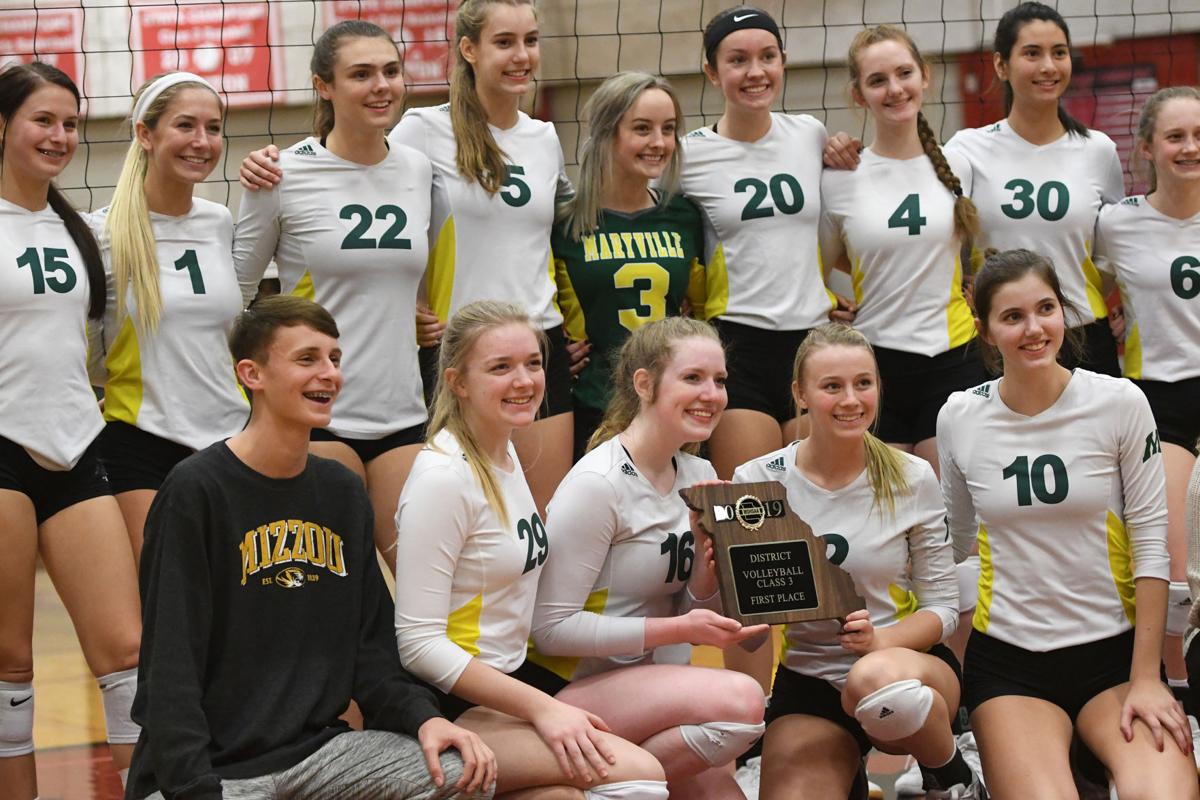 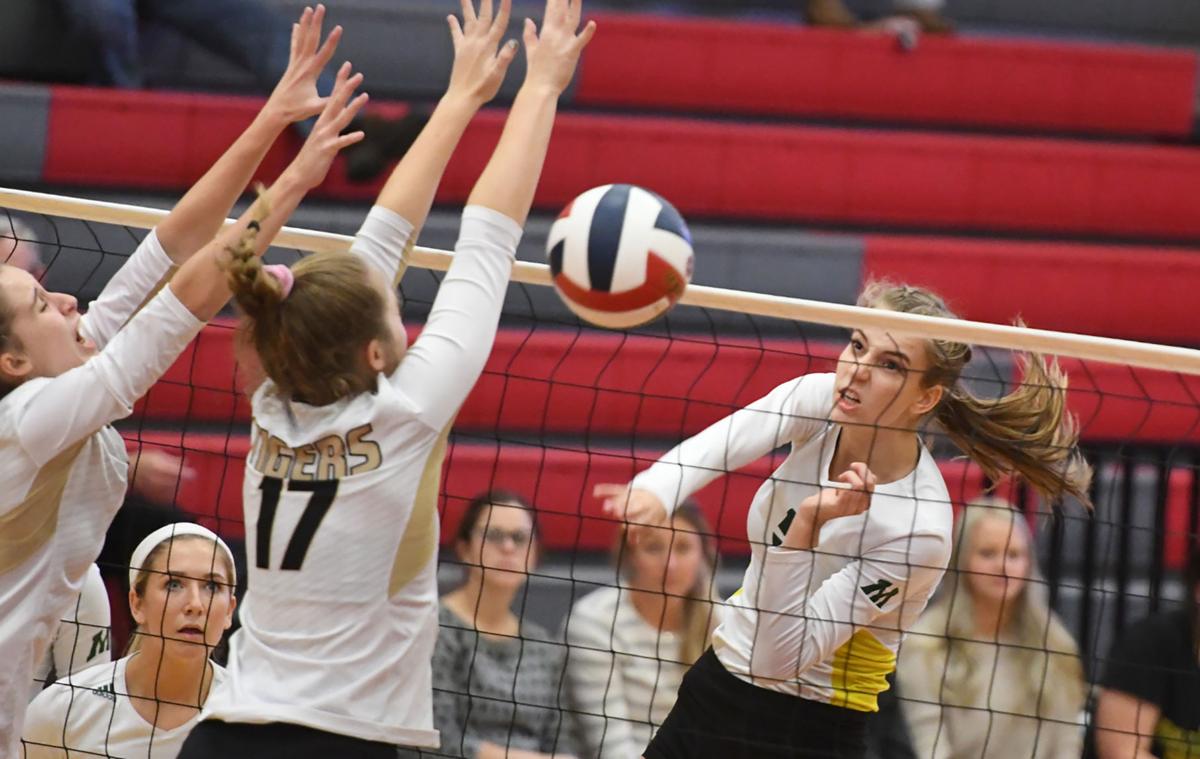 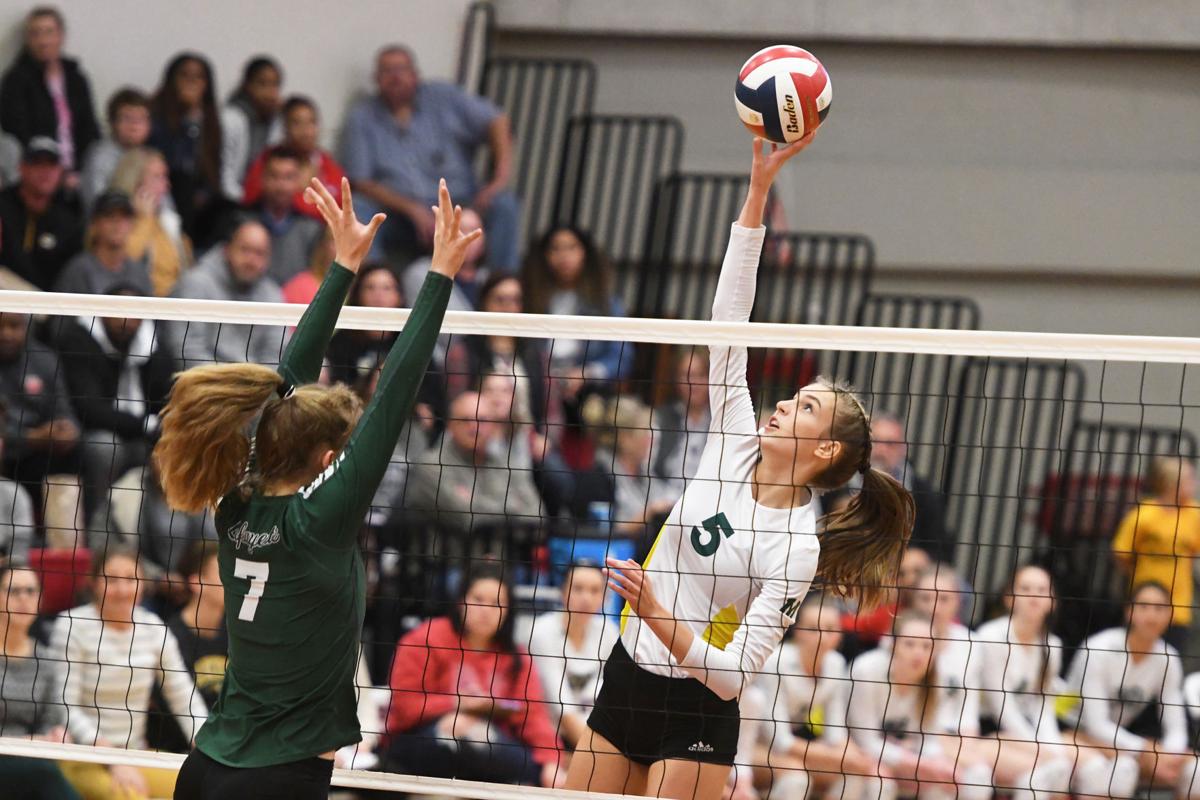 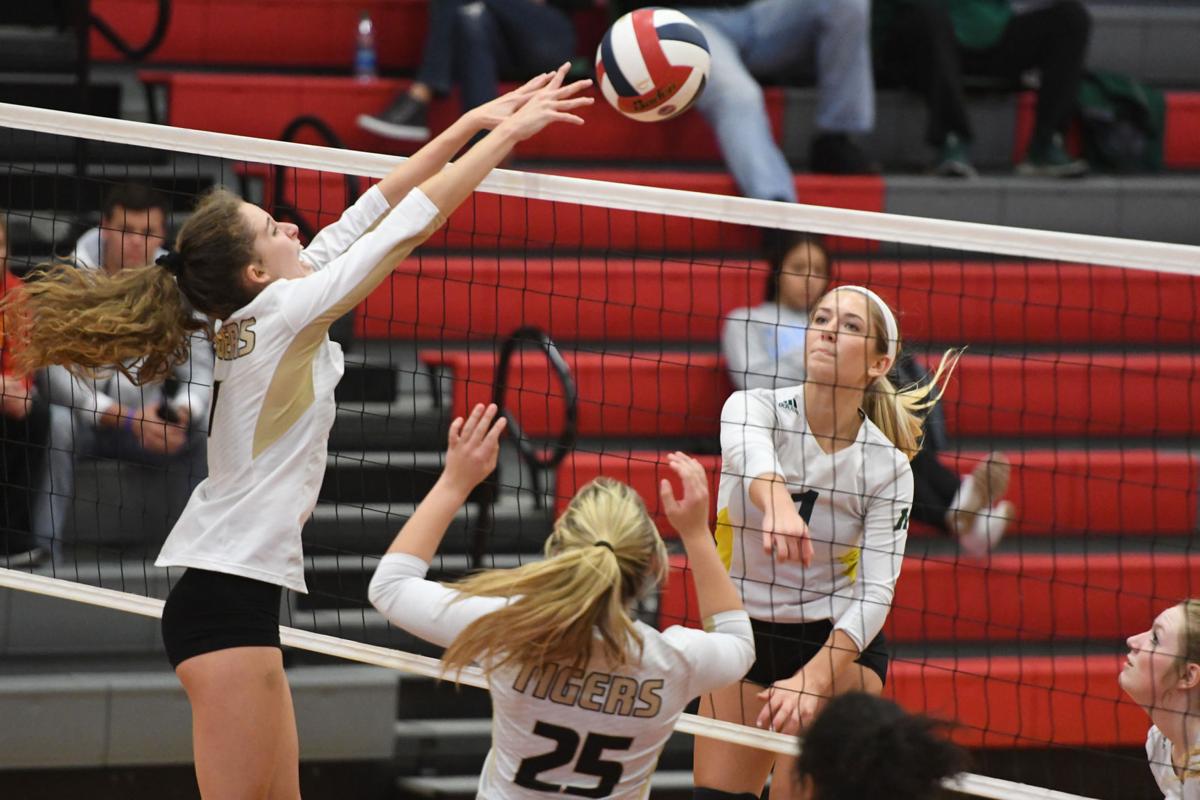 Maryville junior Macy Loe tips it over the net against Excelsior Springs during the Class 3 District 16 championship on Tuesday at Springer Gymnasium.

Maryville junior Macy Loe tips it over the net against Excelsior Springs during the Class 3 District 16 championship on Tuesday at Springer Gymnasium.

In her first year coaching the Maryville volleyball team, Miranda Foster led the Spoofhounds to their first district championship in a decade, defeating Excelsior Springs 2-0 in the Class 3 District 16 final on Tuesday at Springer Gymnasium.

Foster was quick to deflect much of the team’s success to her inheritance of a more than capable team.

“It’s crazy, it’s kind of surreal. But I can’t take too much credit because I’m not the one creating the points on the court,” Foster said. “The girls play really well together, I like to give them some ‘tough love’ but I also want to give them encouragement every time we play and I think they latch onto all of it. Whenever we do it all right we can beat any team, so it was cool to see it all come together.”

Entering the tournament as the first seed, Maryville (27-7-1) first had to overcome a familiar and formidable opponent in the semifinal. Lafayette gave them all they could handle, especially in a particularly competitive third set. But eventually the Spoofhounds overcame the Fighting Irish 25-23 to secure a 3-2 record against Lafayette on the year.

“It felt good because we’ve had troubles with them a lot,” Junior Macy Loe said. “Our goal was to beat them and get some revenge, so then we were able to push through to get to the championship.”

Fellow junior Serena Sundell noted how the game prepared them for the championship.

“That first game made us realize that every point does matter, that this could be the end of your season, so give 100 percent on every single point.”

Tied with Excelsior Springs (16-11-1) by a score of 10-10 to start the first set, the Spoofhounds got consistent points from Sundell and Loe and went on to win 25-16. The second set, more contentious, was won 25-23 after a strong finishing effort.

Sundell and Loe were integral to their comparatively breezy win over Excelsior Springs, but as always, it’s teamwork that wins games.

“Me and Macy, we can figure out a way to find a spot on the floor. But that does come with our teammates, too,” Sundell said. “Telling us where those openings are, whether it’s a tip to the corner, a push, a donut. So we have that ability, but it also comes from teammates and coaches.”

It’s been a long time coming for the Spoofhounds, who lost two heart-wrenching district title games in a row prior to this season. Sundell claims it’s a testament to all the work they’ve put in over the last several seasons.

“I feel like we’ve worked for it, not just this year but all of our seniors the last three years,” Sundell said. “As we’ve gone through full seasons of practice, it’s just been hard work but fun. It just feels good.”

Maryville will travel to play the District 14 champion, and Foster hopes the team has learned what they’re capable of over the course of this season.

“I think the more wins we collect, the girls start to understand what it looks like to go full throttle on our side,” Foster said. “We’ll watch a lot of a film, talk about what our assignments need to look like in practice, and reiterate that over and over again to keep them aware of that.”