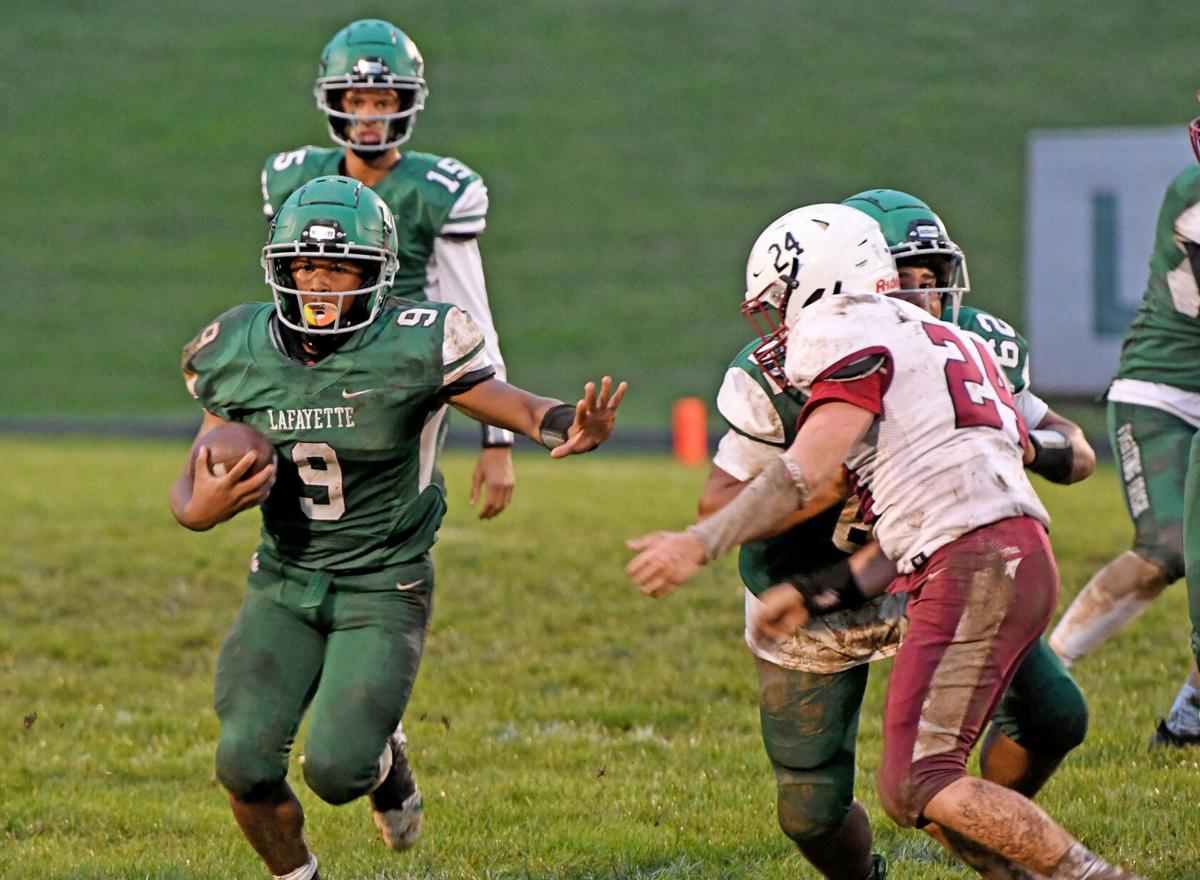 Lafayette running back Miles Henderson bursts through a hole in the Benton defense during their game on Friday at Lafayette High School. 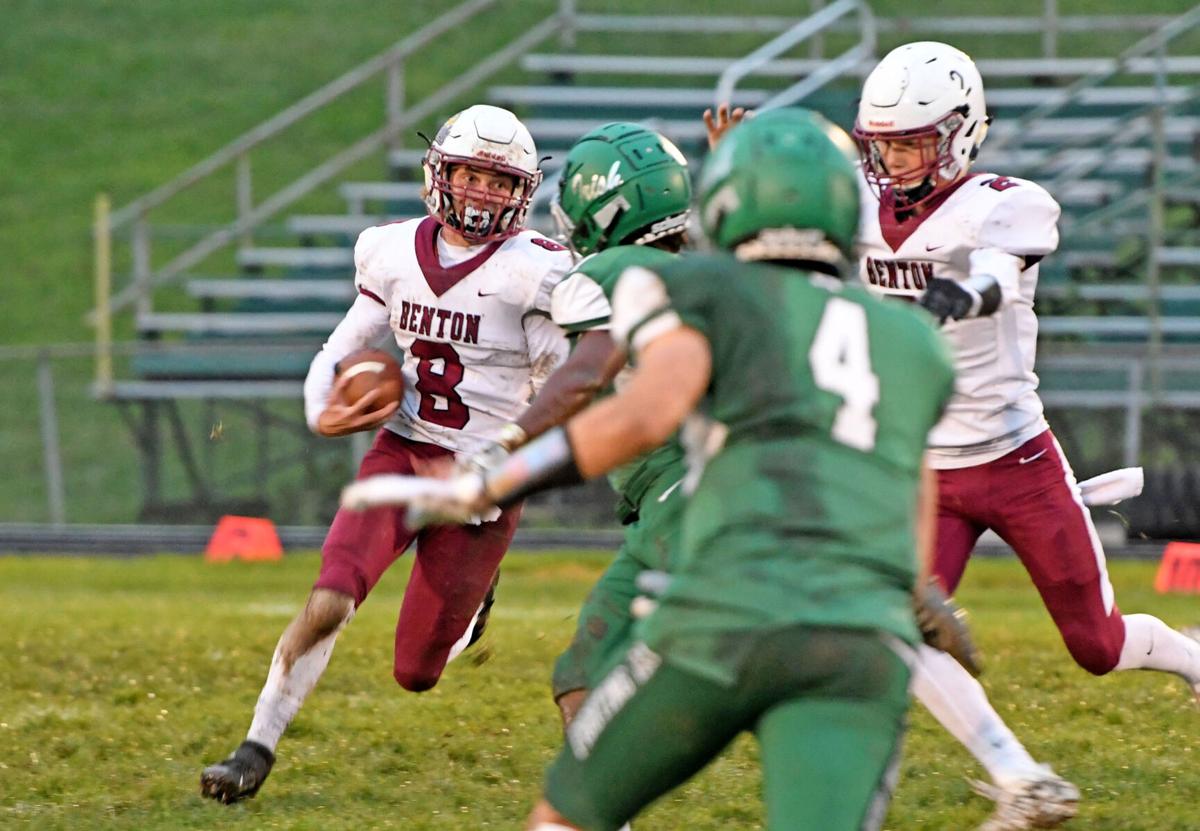 Lafayette running back Miles Henderson bursts through a hole in the Benton defense during their game on Friday at Lafayette High School.

Prior to their 13-6 victory over Benton on Friday at Scott Marriott Field, Lafayette coach Eric McDowell could have told you the Irish weren’t in for an easy win.

“A city rivalry game in the mud, you never know what’s going to happen,” McDowell said. “We kind of knew this was going to be an interesting game, we really did, but fortunately the boys pulled it out and got the win.”

From the looks of their first drive, it may have appeared that the Irish were going to have their way with the Benton (0-3) defense. A touch pass to receiver Derrick May went for big yardage, senior running back Miles Henderson broke off a big run to get to the goalline, and quarterback Jaron Saunders hit fellow junior Kingston Oliver in the endzone to give them an immediate 7-0 lead just a few minutes into the game.

But with the field condition deteriorating beneath their mud-choked cleats, both teams struggled to move the ball from that point on.

For Lafayette (2-1), penalties played a major part in their offense’s struggles.

“We had several drives where we could have scored but penalties killed us. We are our own worst enemy,” McDowell said. “Hats off to Benton of course, but there were several drives with two, three, four penalties before we could even get any momentum. We’ve gotta clean those things up, and I hope we will. Because Savannah is a good opponent.”

Midway through the third quarter, the Cardinal’s Wing-T offense finally put together a strong drive. Senior Garison Dydell pushed them down the field with a series of punishing runs evading the Fighting Irish defense on a 25-yard scramble to score Benton’s only touchdown of the game. They came up just short on a two-point conversion that would have given them the lead with under nine minutes to play.

With momentum seemingly having swung in the Cardinal’s favor, the Irish needed a big play to quell the comeback spirit. Thankfully for them, Henderson was up to the task. The senior scored on a backbreaking kickoff return on the following play.

“It’s kind of hard to put something together and then kick it to one of the best players in the city and watch him go for six. But really our kids never stopped, so I’m proud of their efforts,” Benton coach Kevin Keeton said.

“You just try to contain somebody like that, but at the end of the day he’s probably gonna get you for one. He’s that kind of kid.”

It was the last score of the game, and ultimately it turned out to be more than the Irish needed. Benton was unable to enter the redzone again, and Lafayette was able to churn out a few first downs on the ground to ice out a hard-fought game.

“We just pushed and pushed and fought hard, we were going for that ‘W’,” Littleton said. “It meant the world to us to fight for the town.”

The Irish won’t get any relief anytime soon as they head to Savannah to play another conference opponent next Friday.

“We’re gonna work as hard as we can through the week,” Littleton said. “See what the future holds.”

Benton is scheduled to face Central (Kansas City) in Week 4.