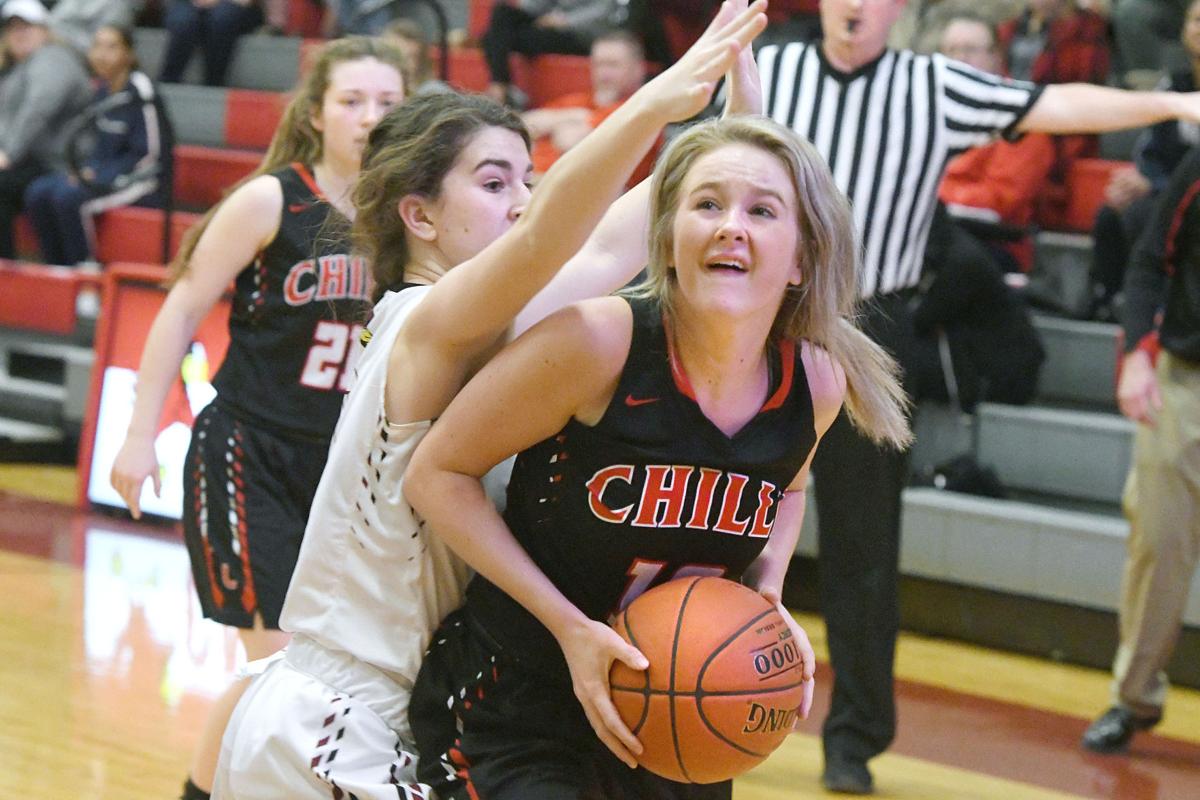 Chillicothe senior Hunter Keithley is defended by Benton freshman Peyton Anderson during their game on Thursday at Springer Gymnasium. 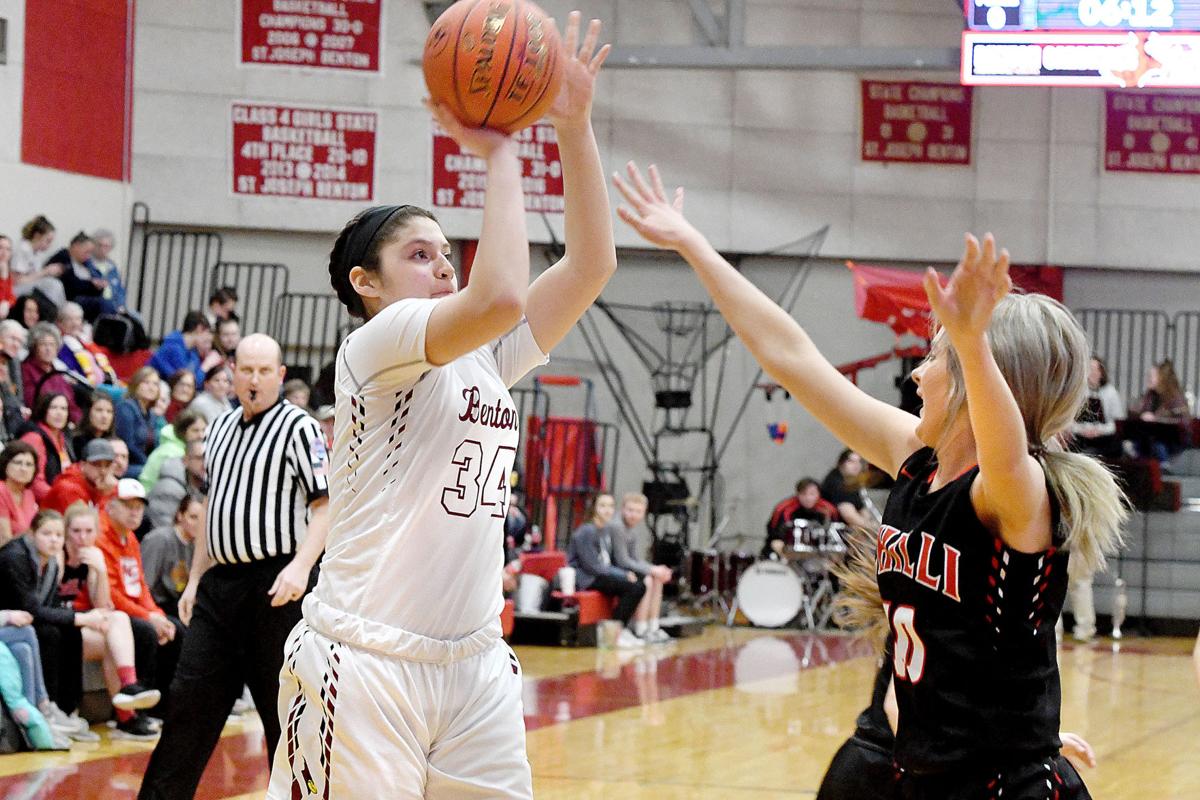 Benton forward Kianna Herrera pulls up for a jump shot against Chillicothe during their game on Thursday at Springer Gymnasium.

Chillicothe senior Hunter Keithley is defended by Benton freshman Peyton Anderson during their game on Thursday at Springer Gymnasium.

Benton forward Kianna Herrera pulls up for a jump shot against Chillicothe during their game on Thursday at Springer Gymnasium.

Rallying from deficits both early and late in the game, Chillicothe held on for a 58-56 overtime victory over Benton on Thursday at Springer Gymnasium.

Chillicothe (12-6) coach Darren Smith was impressed by the sheer force of will demonstrated by both teams on the night.

“I thought the girls were really resilient tonight. Both teams showed a lot of mental toughness and resilience, I thought we were really fortunate to get out of Benton with a win to be honest with you,” Smith said. “Everything that we tried to do, they negated. They’re so good defensively, so fundamental.“

In a game full of long runs, Benton (4-11) took the initiative in the first quarter. The Cardinals went up 13-3 at one point in the period and led 13-7 at the end of one quarter.

It was a hot start for a team that was playing down one of their most members, as assistant coach Daryl Betts took the helm because head coach Kerstyn Bolton was out sick.

“It definitely was different, especially the atmosphere. But we just knew that we had to go in there and play the same as she would expect us to play,” sophomore Kianna Herrera said. “I was really proud of us tonight. We definitely played hard, the same as we would if she were here.”

The Hornets took the lead in the second to head into halftime 27-22 on the back of senior Hunter Keithley’s 12 first half points, and they maintained it through the third quarter.

The final quarter, however, was a little rockier. With under six minutes to play, Benton gained 39-38 lead and the two teams traded the lead back and forth. With a two-point lead for Benton, the Hornets rebounded the ball on a Cardinals free throw and raced down the court with under 10 seconds left to force overtime on a fast-break layup from sophomore Essie Hicks.

“We just wanted to attack and then cut. Hunter attacked, then she saw Essie (Hicks) streaking to the basket, jumped up and got it to her,” Smith said. “We didn’t have anything really drawn up at that time, we were just trying to attack and see what we could get.”

The Hornets controlled most of overtime, and up two points they just needed to get the ball in play with two seconds on the clock. Benton stole the inbound pass, but were unable to convert on the shot attempt that followed to extend the game.

“It hurts, because you can see the youth in different situations where you prepare, but you’re never really prepared for the moment when it happens,” Betts said. “This was their first moment where they have that opportunity in a close overtime game and they’re down two, get the steal, and have to understand what their looks are in that amount of time. It’s all new to them.”

Keithley described the team’s defensive focus on Herrera, who finished with 26 points and led both teams in scoring.

“She’s a great player, at halftime she had 14 and we knew we needed to stop her,” Keithley said. “We went to a triangle and just focused on her, making sure we boxed her out.”

Smith also elaborated on the challenge that comes with facing a dynamic, versatile player like Herrera.

“We tried several different things, and none of it was working. We manned her, we zoned them, on defense we did a lot of different things. If she got the ball within 12 feet she was gonna score, and if you payed too much attention to her there she dropped out and hit threes.”