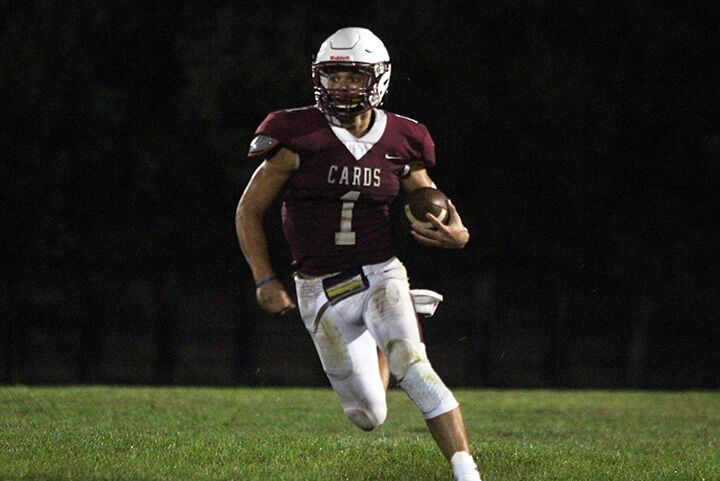 Benton senior Garison Dydell runs up the field against Pleasant Hill on Friday at Sparks Field. 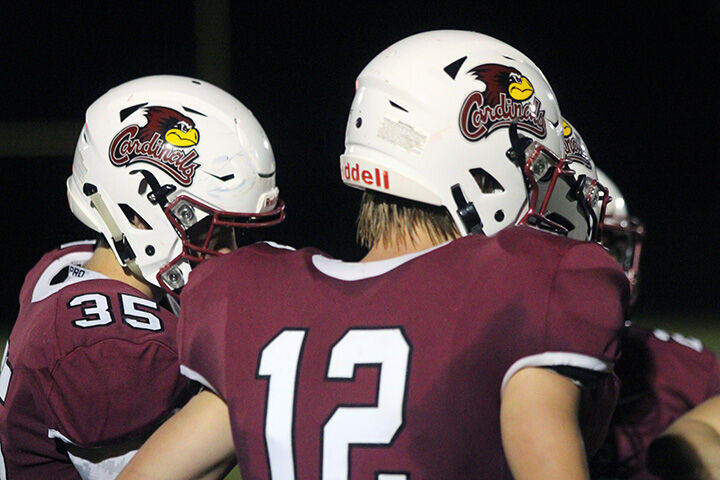 Benton players huddle on the sidelines during Friday’s game against Pleasant Hill at Sparks Field.

Benton senior Garison Dydell runs up the field against Pleasant Hill on Friday at Sparks Field.

Benton players huddle on the sidelines during Friday’s game against Pleasant Hill at Sparks Field.

The Benton Cardinals struggled to get going on offense Friday night, falling to the Pleasant Hill Roosters 42-6 in the opener at Sparks Field.

Momentum seemingly shifted in the Roosters favor early. After Benton came up with a stop on the first drive of the game, the Cardinals (0-2) fumbled on their opening drive, turning possession over to Pleasant Hill (1-1).

The Roosters took advantage, as junior Zach Redwine pounded it into the end zone from the goal line.

The Cardinals’ offense continued to stall, being forced to punt on its first drive of the second quarter. Pleasant Hill continued to roll with the momentum swing, as Redwine returned the punt for a touchdown, his second of the game, putting Pleasant Hill on top, 12-0, after two failed two-point conversions.

The Roosters added another touchdown before the half, bringing the halftime score to 19-0.

The second half was more of the same, with the lone bright spot for the Cardinals coming on a 60-yard touchdown run by senior Garison Dydell.

Despite a difficult loss, Benton head coach Kevin Keaton said he’s taking as many positives as he can from the game.

“It was really good to see us finally score. We didn’t want another goose egg two weeks in a row,” Keeton said. “Our kids needed that for a little confidence boost.”

With a cross-town matchup against Lafayette next week, Keeton said his team will need to work on making tackles and over the next week.

“We’ll play hard, Lafayette will play hard,” Keeton said. “It’s one of those games that means an awful lot. Those games are the reason you play high school football.”

Benton will travel to the North Side to face Lafayette on Friday.