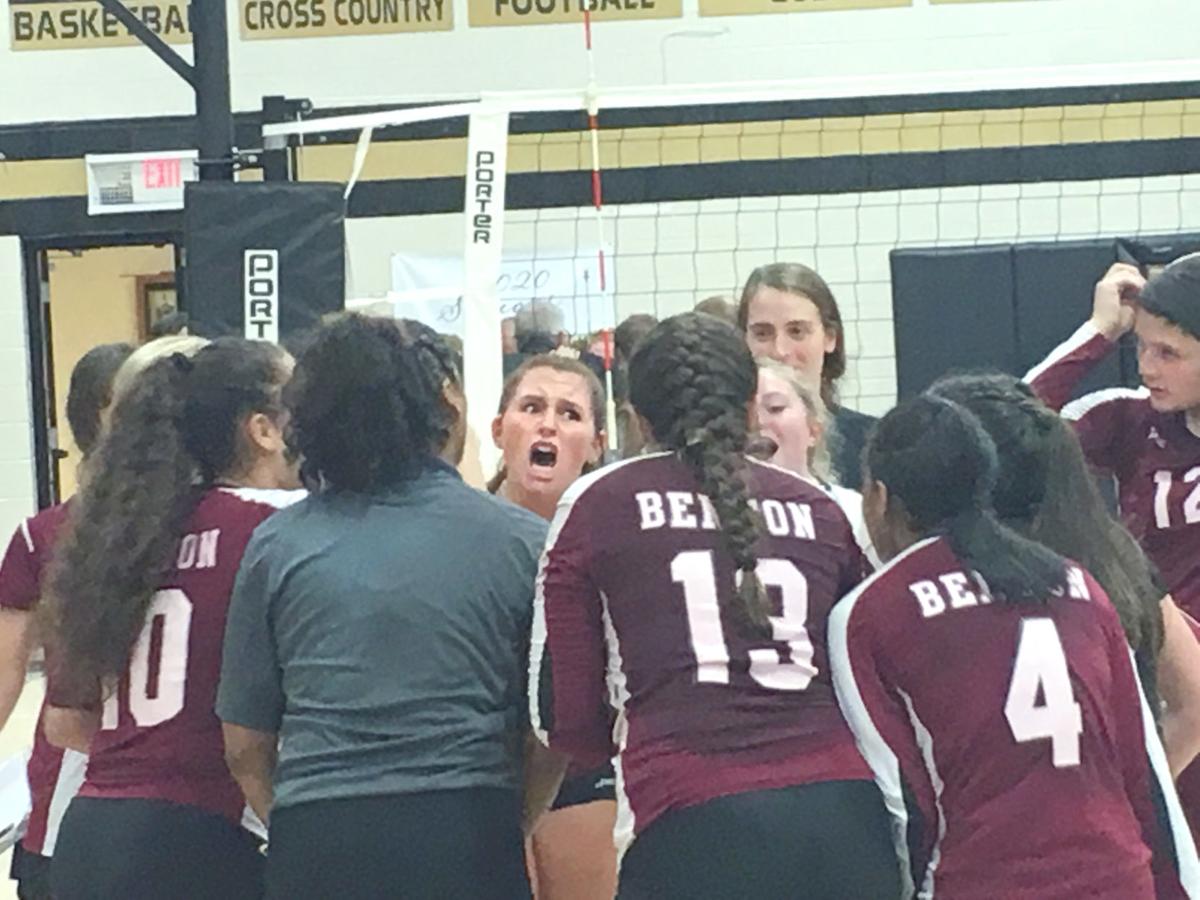 Leading 23-20 in the final set, Benton volleyball huddles up during their game against Savannah on Thursday at Savannah High School. 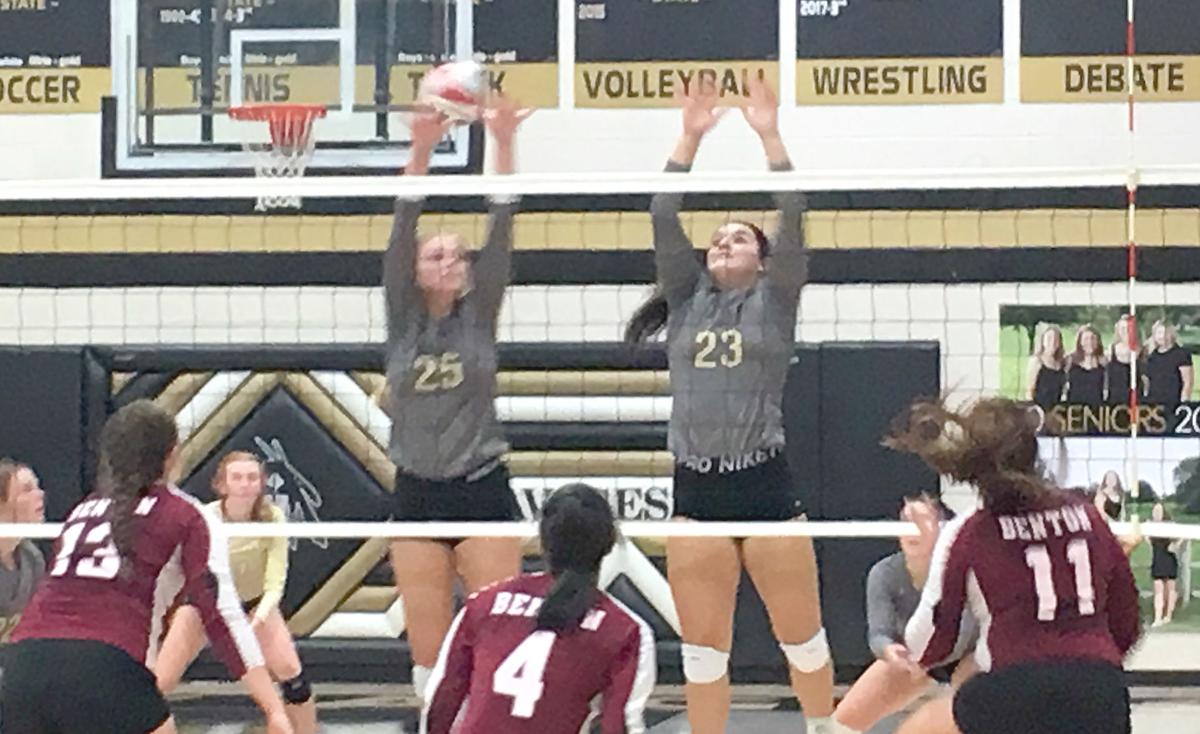 Leading 23-20 in the final set, Benton volleyball huddles up during their game against Savannah on Thursday at Savannah High School.

It wasn’t easy for the Benton volleyball team, fighting back from an early deficit against a Savannah squad that wouldn’t let up. But in the end, the Cardinals were able to earn a vengeful victory over the team that eliminated them from districts last year with a 2-1 victory over Savannah on Thursday at Savannah High School.

Before Thursday, Savannah (5-5-3) was one of two unbeaten teams in the MEC alongside St. Pius X.

“Oh, man. What a big win. I’m almost speechless, these girls played really well. Not to mention that they were 2-0 in conference,” Bell said. “We’ve been working on some things, I’ve been making changes and there have been growing pains because they’re young. We were hoping that they learned to step in there and that’s what they showed me tonight.”

A back-and-forth 27-25 win in the first set for the Savages set the tone for the whole match, making clear that this was not going to be an easy effort for either team.

Excusing the ‘revenge game’ aspect of the contest, Savannah coach Wyle Williams says these kind of hard-fought games are just a byproduct of the long-standing rivalry between the two teams.

“Whenever we get together, it’s a good match,” Williams said. “They found their groove in the second and third sets, they played hard and played well and all the credit to them because our girls played hard and scrapped but they kept finding the holes and hitting the ball where we weren’t.”

The Cardinals came back with a fury for the second set, earning the most decisive victory of the day, 25-14.

The final set, though nearly as tumultuous as the first, eventually went Benton’s way as well. Up 23-20, Cardinals senior Kamrin Mauzey scored on a blocked hit by the Savages, and sophomore Kianna Herrera connected on an emphatic kill on the next volley to put Savannah away.

“I want to stomp I’m so excited, because this is the first time this year that we’ve finished. We’ve been in plenty of games where we’ve had the opportunity to win and we lose the lead, then lose the match,” Bell said. “I’m getting out of each and every one of them their best. I’m sure they have a lot more in store for me, but today they did what I’ve asked of them.”

Bell also praised her duo of sophomore outside hitters in Alyia Stillman and Kiana Herrera, who tied for the team kills lead with 10 each.

Senior Gwen Worsham described what allowed the Cardinals to finish as strongly as they did.

“Being able to keep your energy up, getting those last points, that really matters,” Worsham said. “Keeping the energy up with your teammates and making sure you’re communicating, that’s what matters in those last links.”

After this significant win, Worsham has all the confidence in the world as the Cardinals head forward.

“We have turned the corner, we’ve pulled it together and we’re going through every team,” she said. “We got this.”