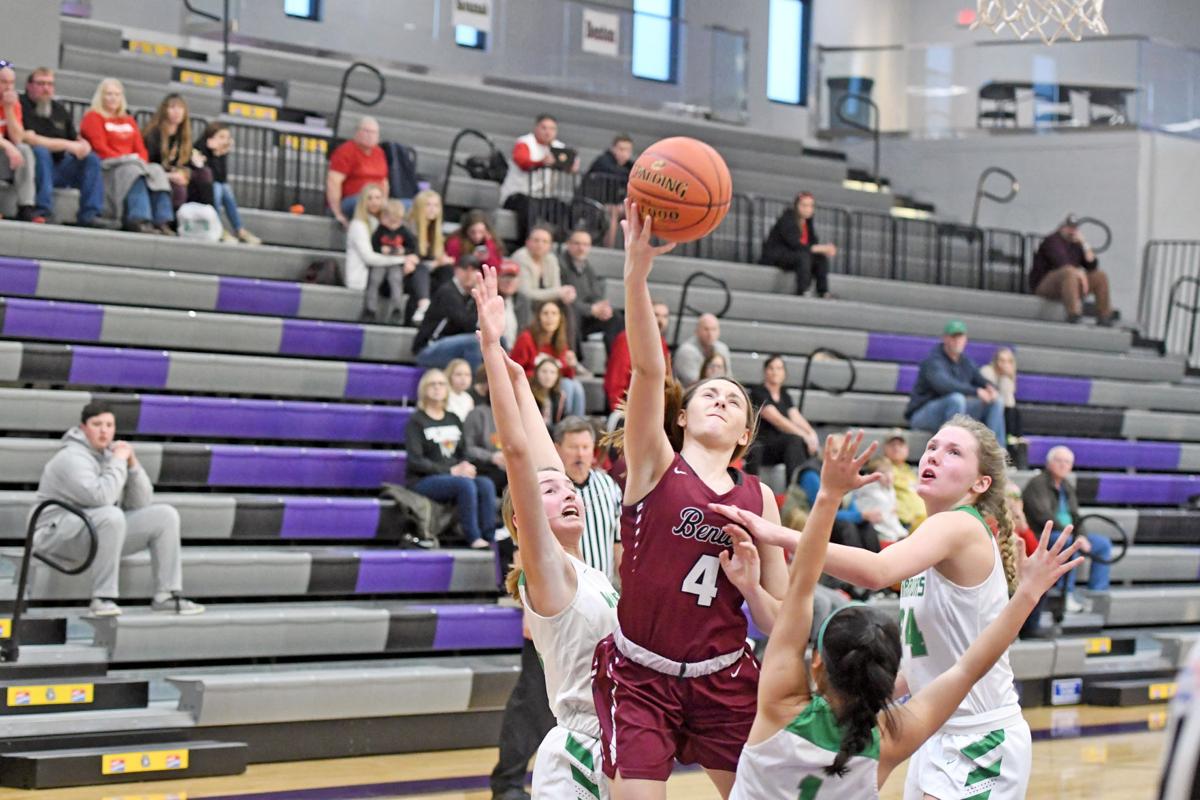 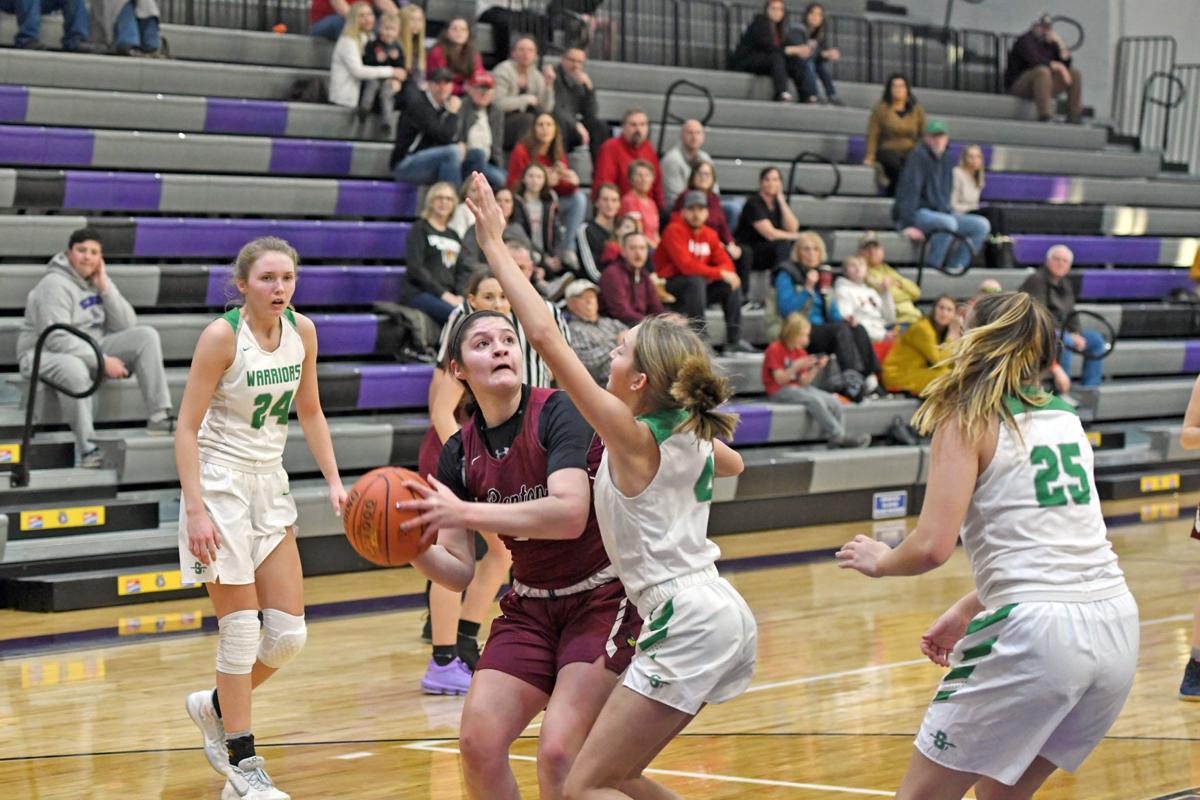 Benton sophomore forward Kianna Herrera looks for an opening for a shot against Smithville during Monday’s Class 4 District 16 semifinal at Kearney High School. 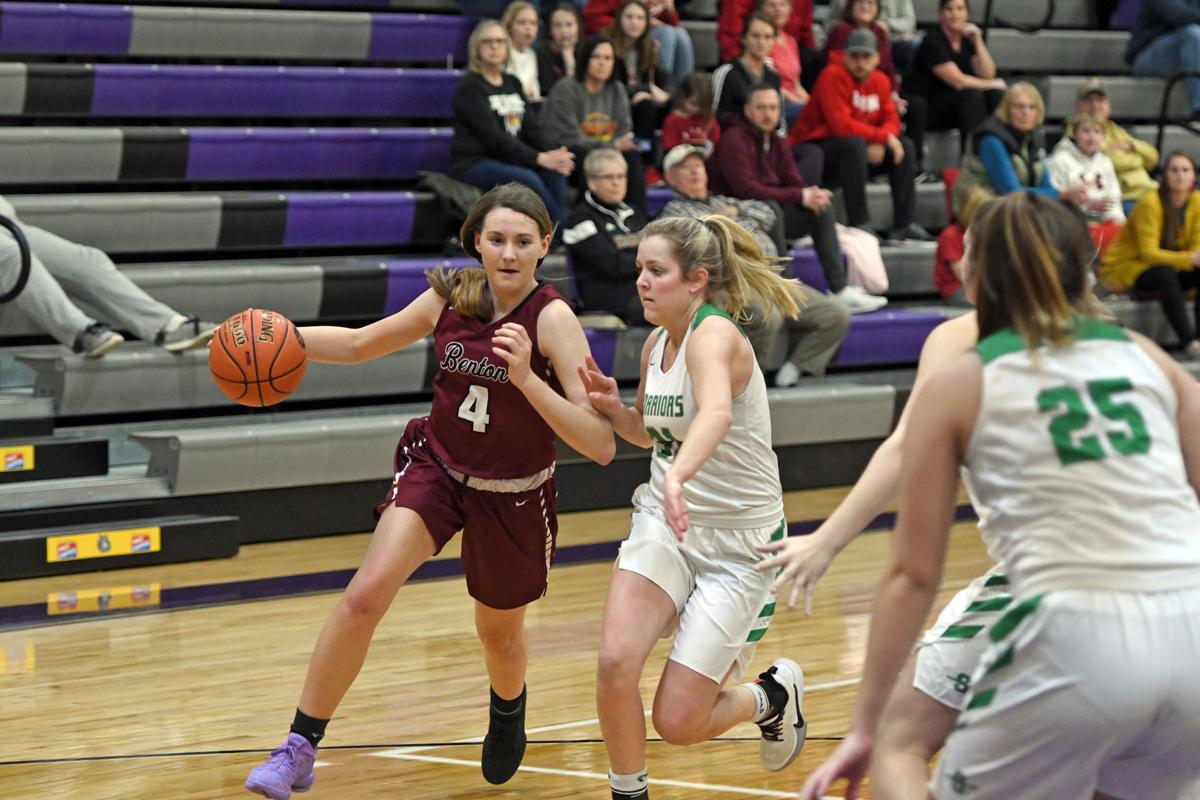 Benton sophomore forward Kianna Herrera looks for an opening for a shot against Smithville during Monday’s Class 4 District 16 semifinal at Kearney High School.

KEARNEY, Mo. — Benton knew there was a chance it would have to embrace — for the first time in years — the underdog role heading into the Class 4 District 16 tournament.

The No. 3-seeded Cardinals handled the position Monday, beating Smithville 53-44 in the Class 4 District 16 Semifinals in the TDR Auto Plaza Fieldhouse at Kearney High School.

The win advances Benton to the district championship game for the third-straight season.

“It feels so good, because we’ve been doubted by so many people,” sophomore Kiana Herrera said. “To just come up on the top and be in the championship game, it means so much to all of us.”

The Cardinals faced the task of holding on to a 13-point lead heading into the fourth.

The Warriors (16-10) threatened, cutting it down to as few as eight points. Benton (11-16) found a way to hold on, though, as Smithville struggled and sank just 4 of 16 free throws in the final eight minutes.

Benton attempted 20 shots from the line during the same period of time and made 13. The performance eludes to the mentality coach Kerstyn Bolton has been attempting to push upon her squad throughout the season.

“This is the mental toughness and stuff that I’ve been asking from these kids for awhile,” Bolton said. “I told them if we get there mentally, then we can surprise some people late. I’m so excited and proud that’s come into fruition today.”

Four of Benton’s five starters finished in double figures. It was led by freshman sophomore Olivia Walters’ 14. Herrera and sophomore Jaida Cox each had 12, followed by freshman Peyton Anderson’s 10.

Herrera and Anderson were two of the supporting factors in the first half, scoring eight and six points respectively before halftime.The Cardinals led 29-18.

“It was the preparation side,” Bolton said. “Kiana Herrera was really good early. She was a big piece of that puzzle for us early. It always helps when shots fall. We talked a lot about being able to guard and being able to defend, but yes it helps when you’re hitting shots early.”

Smithville junior Christina Walsh, who scored 14 in the first half, helped push the Warriors late in the second half, putting up four layups in the final frame.

Cox, Anderson and Walters didn’t want a thing to do with the comeback, sinking a combined 12 free throws to cap Benton’s win.

“We spent so much time just talking about the mental, physical, emotional preparation,” Bolton said. “They were so prepared for this game. I’m so proud of them.”

The Cardinals move on to play Kearney in the district championship at 5:30 p.m. Friday night. The game marks Benton’s chance to earn a third-consecutive trip to the Class 4 sectional round.

Bolton says preparation will be no different than the previous two district rounds.

“Just making sure we are physically, mentally, emotionally prepared,” Bolton said. “I’m just so excited to have four more days with these girls to get ready for Friday.”

Savannah held on close to a shot at its first district championship game since 2018 against Kearney on Monday.

The Savages’ efforts fell a little too short, falling to the hosting Bulldogs 50-30. Savannah was within five points prior to the game’s final five minutes.

A 3-point shot by Kearney’s Caroline Kelly took back the momentum soon after. The Bulldogs closed the game on a 16-2 run.

Junior Rylee Benight led Savannah with 10 points. The Savages graduate senior Morgan Atoe after this season, and have just two juniors on the team.

MDC director adds to her achievements