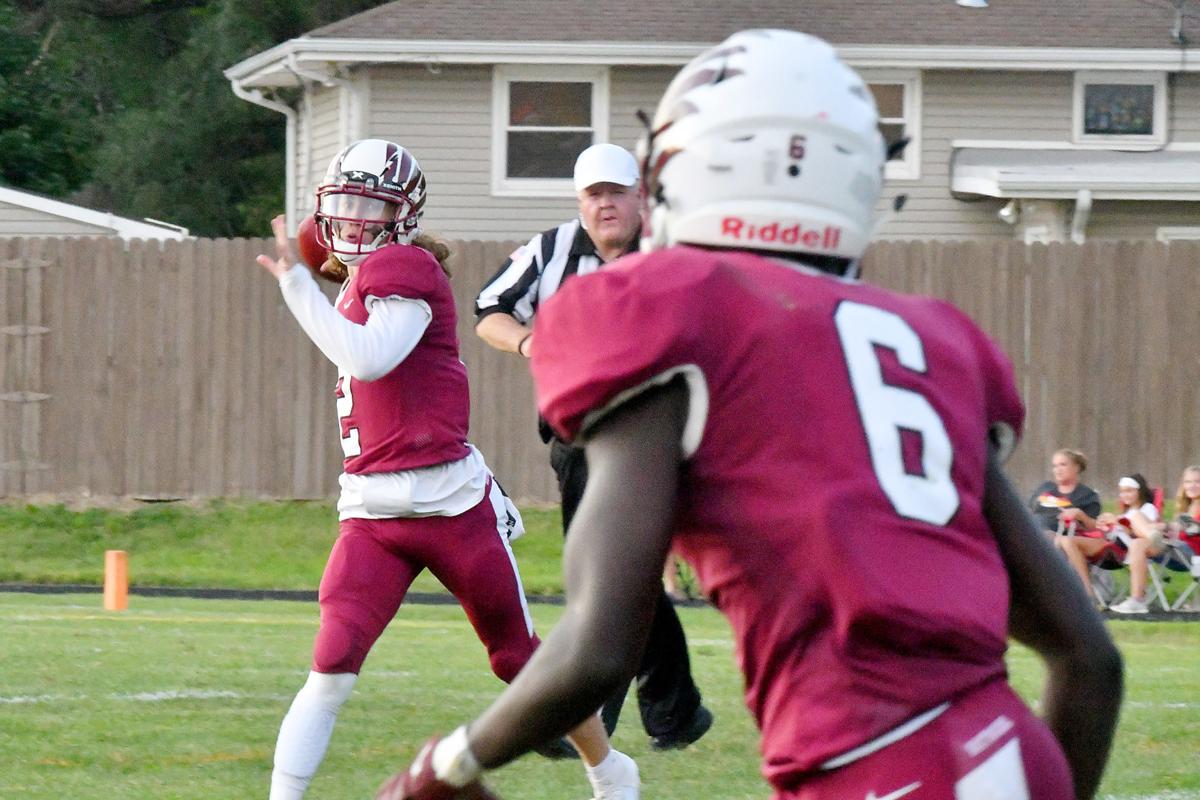 Benton quarterback Caden Stone throws to senior Monyim Blakely along the sideline during the first quarter of their game against Excelsior Springs on Friday at Sparks Field. 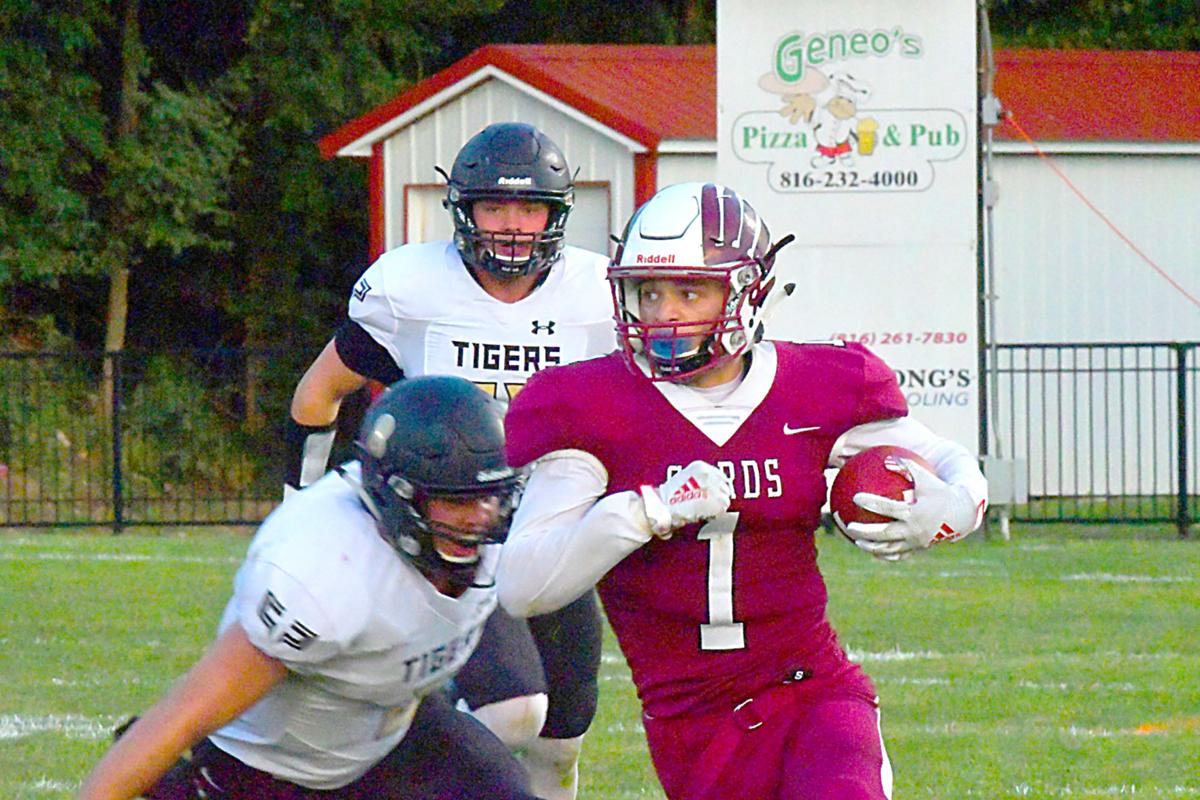 Benton running back Garison Dydell runs around the edge near the end of the first half against Excelsior Springs on Friday at Sparks Field. 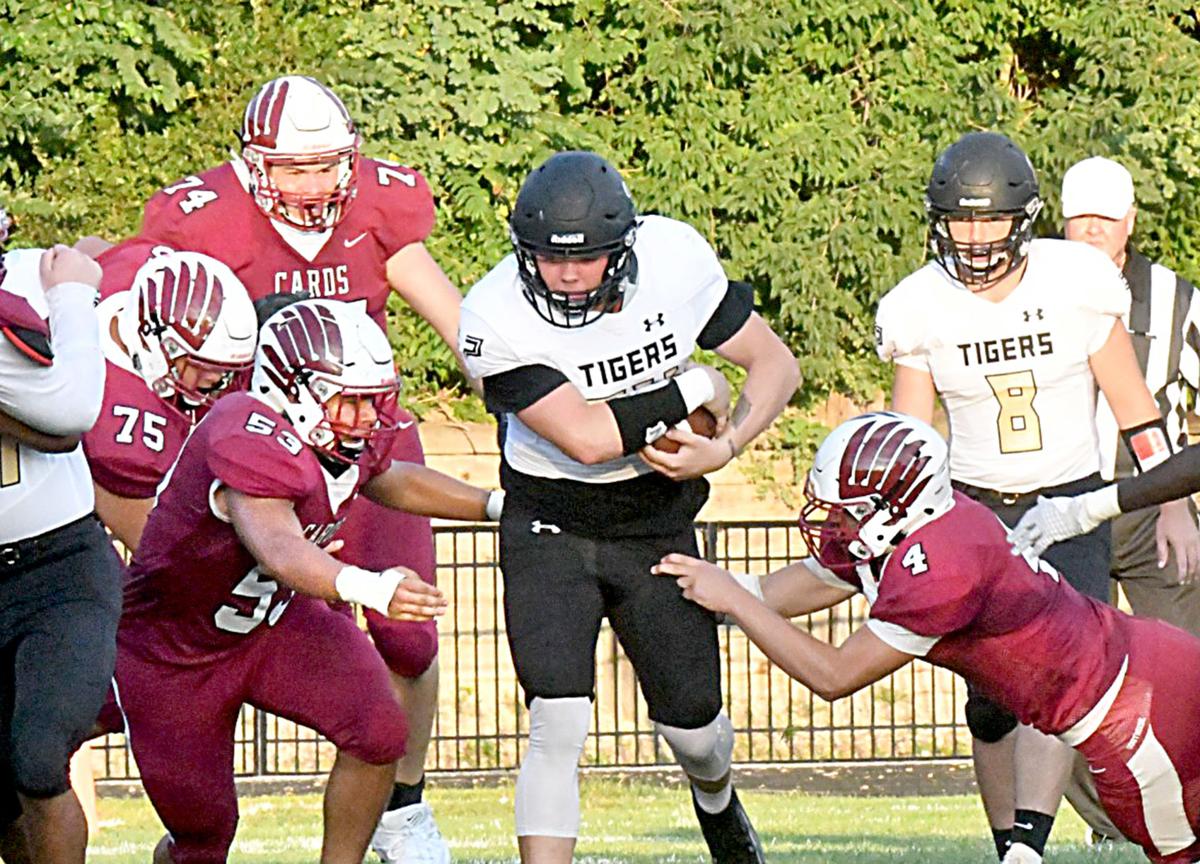 Benton quarterback Caden Stone throws to senior Monyim Blakely along the sideline during the first quarter of their game against Excelsior Springs on Friday at Sparks Field.

Benton running back Garison Dydell runs around the edge near the end of the first half against Excelsior Springs on Friday at Sparks Field.

A handful of plays stood between Benton and an upset victory over Excelsior Springs, but despite an inspired performance the Cardinals saw victory slip from their grasp in a 24-14 loss to the Tigers on Friday at Sparks Field.

Benton (0-2) coach Kevin Keeton was somber after a heartbreaking game.

“(I said) that I love them, and that I’m proud of them. This is pretty heartbreaking. But we’ll rebound,” Keeton said. “I know our kids. They’re fighters, they have grit. We just didn’t make enough plays and I didn’t make enough good calls. We’ll own everything and get better for it.”

The Cardinals stayed in the game until the very end despite long, grueling Excelsior Springs (2-0) touchdown drives, turnovers, and untimely penalties that derailed promising drives. Benton continued to make big plays in the passing game and play physical against a brutal Tigers running game, never allowing themselves to be put away.

Senior quarterback Caden Stone scored both touchdowns, one on an sideline pass to senior Chol Ater at the pylon and another on the ground.

With under three minutes to play, Benton trailed 17-13 and began orchestrating a promising drive in Tiger territory. They had overcome a third-and-20 earlier in the possession with a Stone pass over the middle to Monyim Blakely and seemed primed to drive in for the go ahead score.

A foiled run play on fourth-and-3 gave the Tigers the ball back on downs. In the two runs that followed the turnover, Excelsior Springs flipped field position and drove in for a touchdown to make it a two score game.

In just three plays, Benton’s chances for a win over Excelsior Springs had been thoroughly dashed.

Senior running back Joe Ford described the feeling of the locker room.

“I don’t even know how to explain it. We had ‘em, we just couldn’t make the big plays and get that big stop,” Ford said. “I think everyone was giving their 110%, but sometimes it just gets the best of us.”

The Cardinals take on city rival Lafayette (1-1) next Friday as they attempt to earn their first victory of the season.

After Friday’s effort, senior Gareison Dydell hopes to put the loss behind them, focus on the Fighting Irish, and build on this performance.

“We’re just keeping our heads up, getting ready for next week against Lafayette. We just lost it, we just gotta find it. We get the pieces together and we can get this thing rolling,” Dydell said. “This was better, this was an improvement.”