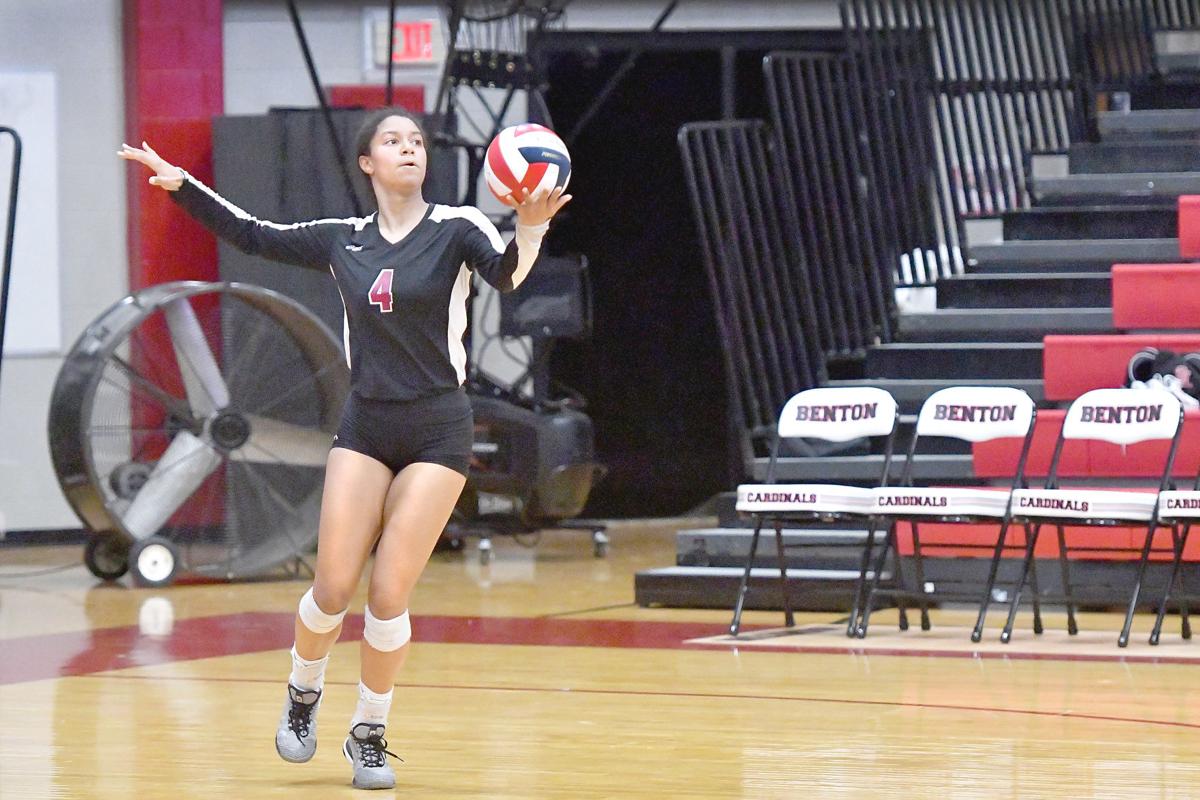 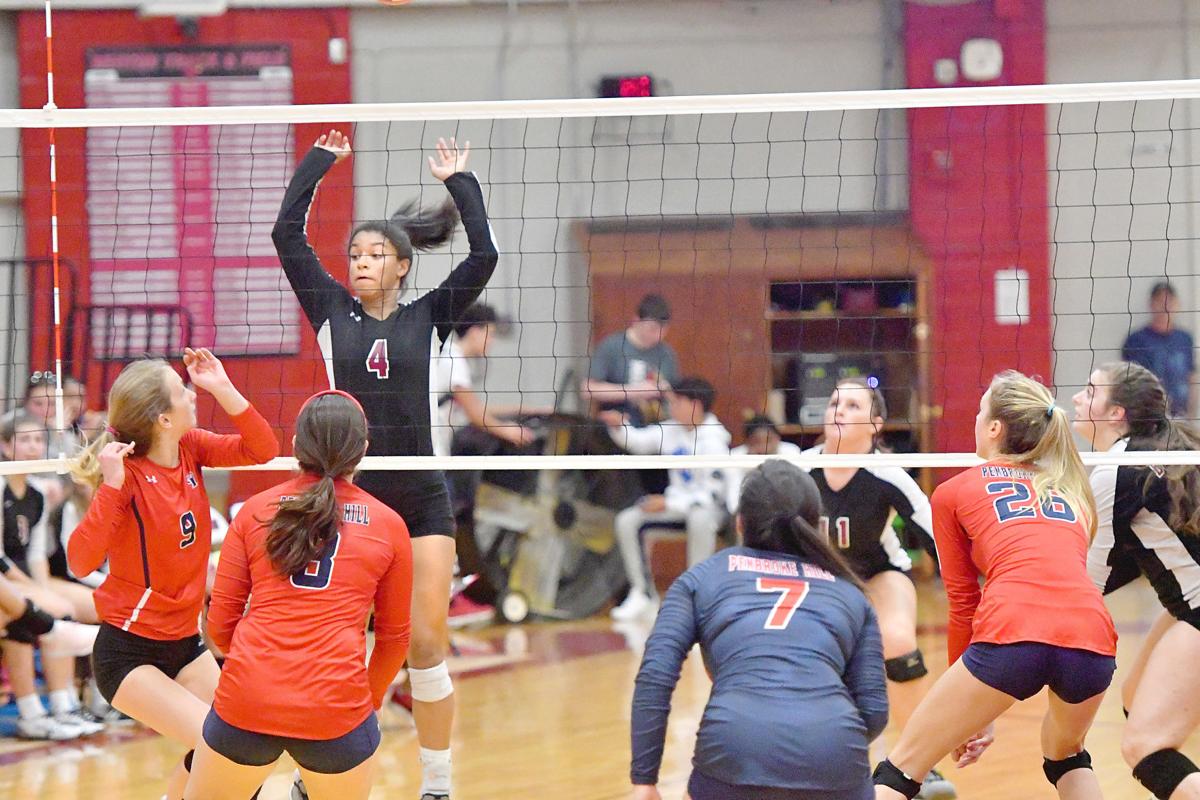 Benton player Aliya Stillman follows through on a spike attempt during Tuesday’s 2-1 loss against Pembroke Hill at Springer Gymnasium.

Benton player Aliya Stillman follows through on a spike attempt during Tuesday’s 2-1 loss against Pembroke Hill at Springer Gymnasium.

A promising start for Benton volleyball quickly evaporated after a lack of chemistry among the players and resulted in a loss for the Cardinals on their home court in Springer Gymnasium.

Benton lost 2-1 to the Raiders of Pembroke Hill in a back and forth contest. The Cardinals won the first set 25-20 but lost momentum in the second set and fell 25-17. After being down 16-9, the Cardinals battled back to make it close and trailed 22-20. However, the Raiders pulled away and won 25-22.

“We were talking a lot,” Stillman said. “Our communication was good. We were being aggressive with all of our hits and our serves. We didn’t miss any serves except one in that set. It was communication really that was the best part.”

Stillman believes the Cardinals (5-5) lost that energy in the second and final set. This was due to inaccurate sets and bumps off of multiple serves.

“We stopped talking and being less aggressive,” Stillman said. “We started tipping more. I would say our communication went down after that, and we started getting down in our heads, but we kind of came back towards the end of that set I’d say.”

On the plus side for the Cardinals, they got off to a hot start in the first set and led 18-8 at one point. Benton coach Barbara Bell liked seeing her team start hot since the Cardinals have typically gotten off to colder starts in the past.

“We’ve actually been slow starters or late starters I should say,” Bell said. “We were the one who’s always behind and has to fight back, so this was a little different switch for us in this match. It was a good cushion for us. It felt pretty good because they’re a good team, Pembroke Hill, they’ll always give us a good fight. I think we did pretty good in that first set.”

Bell concurs with Stillman that it was the team’s downfall in the corresponding department that led to Benton’s defeat.

“I agree with Aliya,” Bell said. “Really, it was a lot about communication that got us through the first set, and I started to see it kind of trickle away at the end of the first set, and (Pembroke Hill) was kind of closing the gap, and it gave them an opportunity to win the first set.”

Bell says the cracks in her team’s conversing began to widen in the final two sets.

“Unfortunately, that lack of communication at the end of the first set kind of took its way into the second set and unfortunately made us struggle throughout the second set,” Bell said. “We were fighting back the entire time, so that made it really difficult for us. That’s kind of been the way we’ve been playing this season. We’re young with young girls. I call it growing pains; we’re going through them growing pains where just making unforced errors that are not allowing us to finish games like we should.”