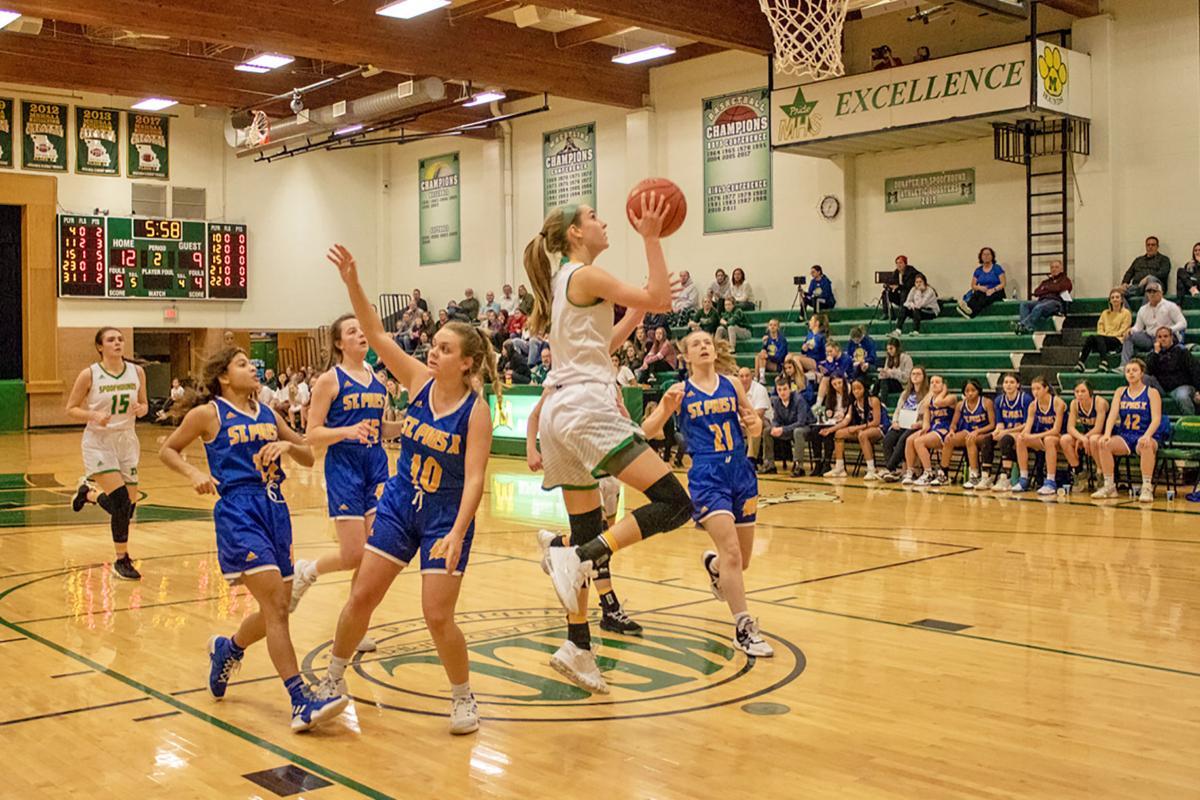 Maryville junior Serena Sundell drives to the basket during the second quarter against St. Pius X at the Hound Pound in Maryville, Missouri. 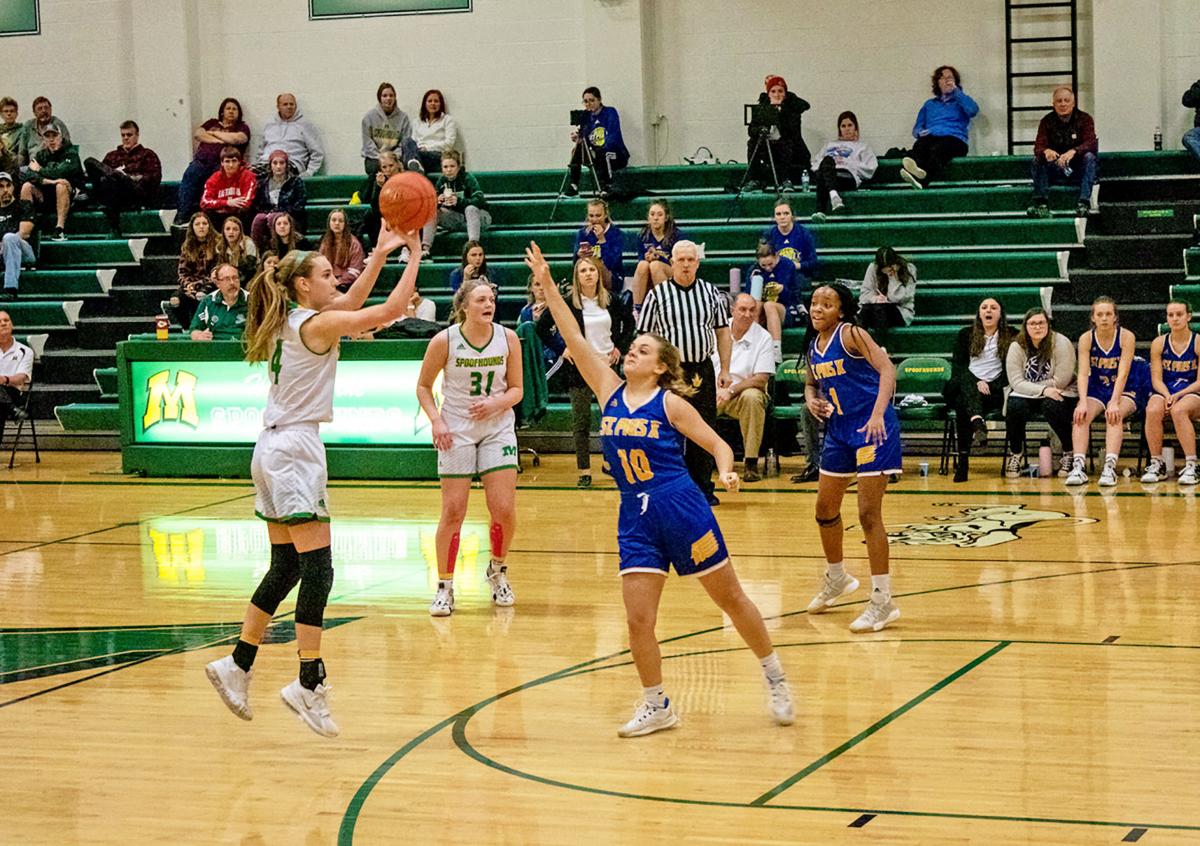 Maryville junior Serena Sundell drives to the basket during the second quarter against St. Pius X at the Hound Pound in Maryville, Missouri.

The Spoofhounds were looking for their first win over the Warriors since March 2010. On the other hand, the Warriors were looking to win their third straight against Maryville, the latest being in the Class 3 District 16 tournament at the end of last season.

Guided by second-half heroics, Maryville snapped Pius’s winning streak behind a 31-point performance from junior guard Serena Sundell, coming away with a 51-42 win over the Warriors.

The implications were never certain for Maryville (10-1, 1-0 MEC). With 7:20 left in the fourth quarter, Pius (6-2, 0-1) took its first lead of the game on a 3-pointer from junior forward Natalie Rippy. After being fouled, Sundell gave the lead back to the Spoofhounds with a 30-29 advantage.

“We obviously lost the lead there towards the end, but then what happens. Well, you go back to your go-to gal,” Albrecht said.

The lead that Maryville had reclaimed on behalf of Sundell was the same lead that the guard extended. After sitting knotted at 37-37 with 3:02 left in the game, Sundell nailed a step-back 3 to ignite the fire on the 11-0 individual run she went on to give Maryville a 48-37 lead with under two minutes left.

It didn’t come easy for the Spoofhounds until that point. But the win, of course, came. First-quarter foul trouble forced Albrecht to go to the reserves early for playing time. The bail-out wasn’t from Sundell, the prolific playmaker who had six points in the first half.

Instead, it was from freshman forward Rylee Vierthaler, who tallied five points by the end of the first quarter to put the Spoofhounds ahead 9-7, and finished with 12 points overall.

“She goes hard,” Sundell joked. “You can always count on her to post up and get to the line, so, she’s just a reliable player that has really come a long way in her first year of playing.”

The win, Albrecht said, was another tally on the list of teams that the team has aspirations of beating. The Warriors, obviously, are the latest to be crossed off.

“We haven’t beaten St. Pius since I’ve been here,” Albrecht said. “The girls are trying to make new history right now and I think they’re starting to do that.”

Jon Walker can be reached