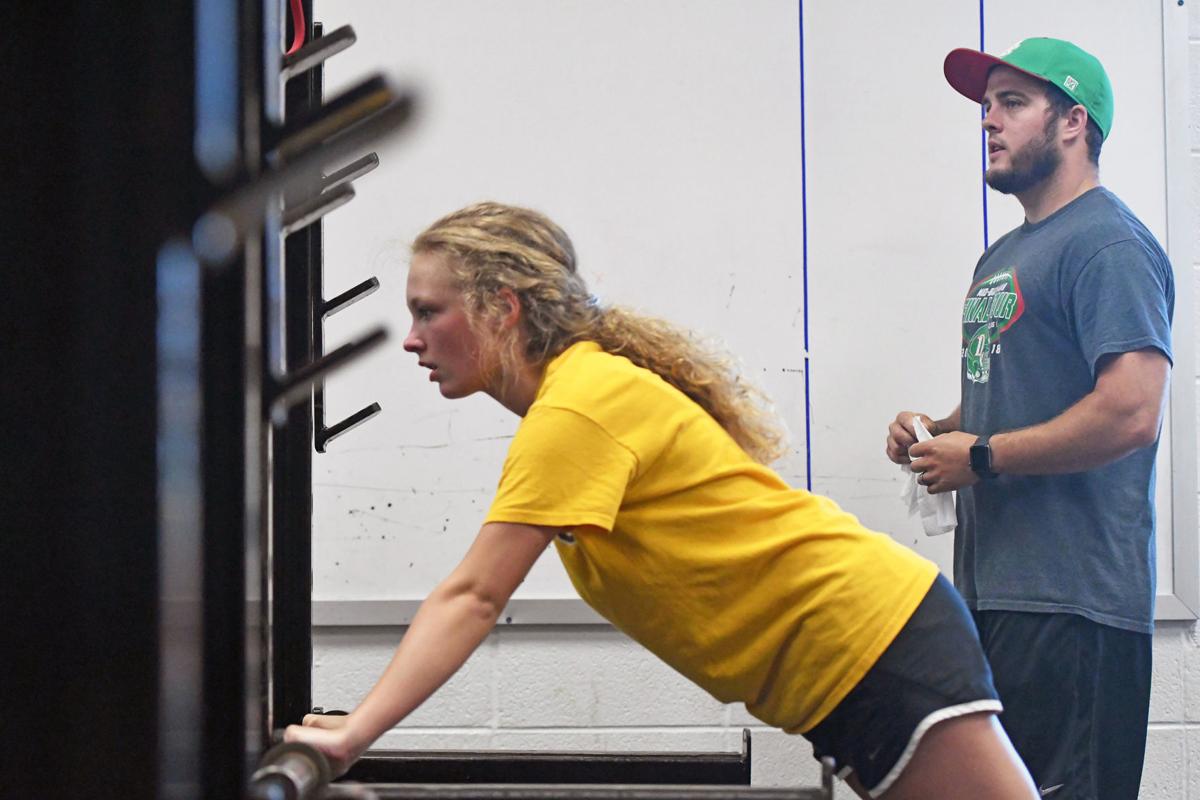 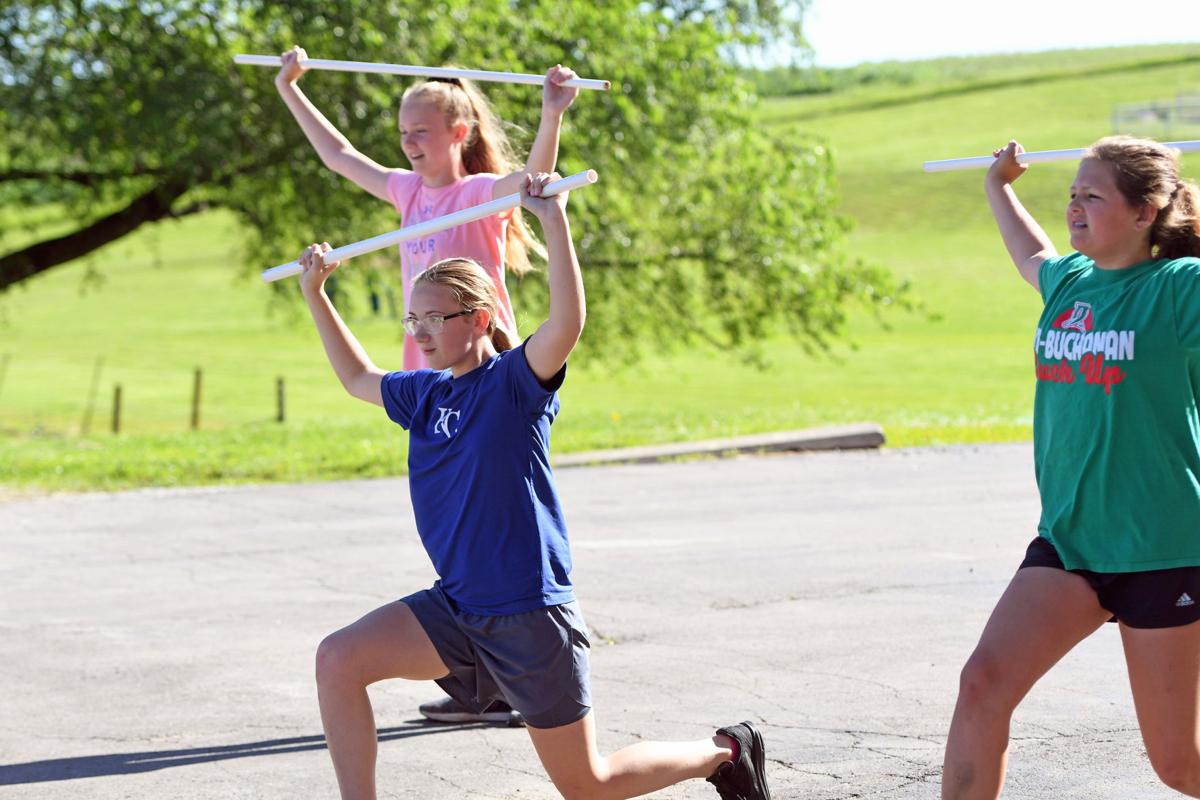 Girls from all ages take part in the summer workout sessions offered by the Dragons at Mid-Buchanan High School in Faucett, Mo.

Girls from all ages take part in the summer workout sessions offered by the Dragons at Mid-Buchanan High School in Faucett, Mo.

After spending days on end in quarantine away from friends or family, Mid-Buchanan athletes have relished in a newfound and rare occasion to connect once again.

One of the first schools to reopen for summer workouts beginning on May 19, the Dragons jump started their conditioning under Missouri state health guidelines and the school district’s summer activity plan.

“We’ve had great attitudes,” Mid-Buchanan coach Jake Rumpf said. “The kids are ready to work because they’ve been home not doing much so they were glad to be back. Our kids work hard, but it’s been even better since we’ve been back here so it’s been a really good thing.”

Now almost a month later, growing numbers of students are participating in the workouts, and they’re not just athletes.

“I missed seeing my friends and being able to hang out with everybody so that was kind of nice to get back into it for that reason,” Mid-Buchanan senior Jaylen Sawyer said. “We’re all coming together, just trying to lift each other up.”

“You can tell the kids have really missed each other and want to be back together and they seem very excited to be back and working and feeling a bit more of normalcy to their lives,” Mid-Buchanan coach Aaron Fritz said.

Along with many boys working on their strength gains, an average of 30 girls from all ages also stay active four to five days a week.

From the weight room to the track, it’s a time and place for students to revitalize.

The Dragons work out in groups of 10 or less while maintaining social distancing and using clean equipment.

Rumpf said, “It’s been nice because we’ve been able to slow things down and really coach up the movements and what we want as far as techniques and stuff in the weight room, but the kids are doing a good job of adapting to it.”

“It makes weights last a little bit longer because you have to do different groups and you have to do groups of 10 and keep them spread out but we’ve been very lucky,” Fritz added. “We’ve had a lot of coaches showing up to help out and do a lot of things to help the growing numbers that we’re having in the weight room.”

Gov. Mike Parson announced Thursday that Missouri will fully reopen and enter Phase 2 of its “Show Me Strong Recovery” plan on Tuesday, June 16.

However, local officials still have the authority to have further rules and regulations in place for communities.

So for the Dragons, all’s well that ends well.

“I just hope that the kids won’t take things for granted anymore because you never really know what’s going to happen,” Rumpf said. “I think they’re going to be all in, all the time now and really work hard. I mean our kids do that all the time, but I think it’s just going to be different.”