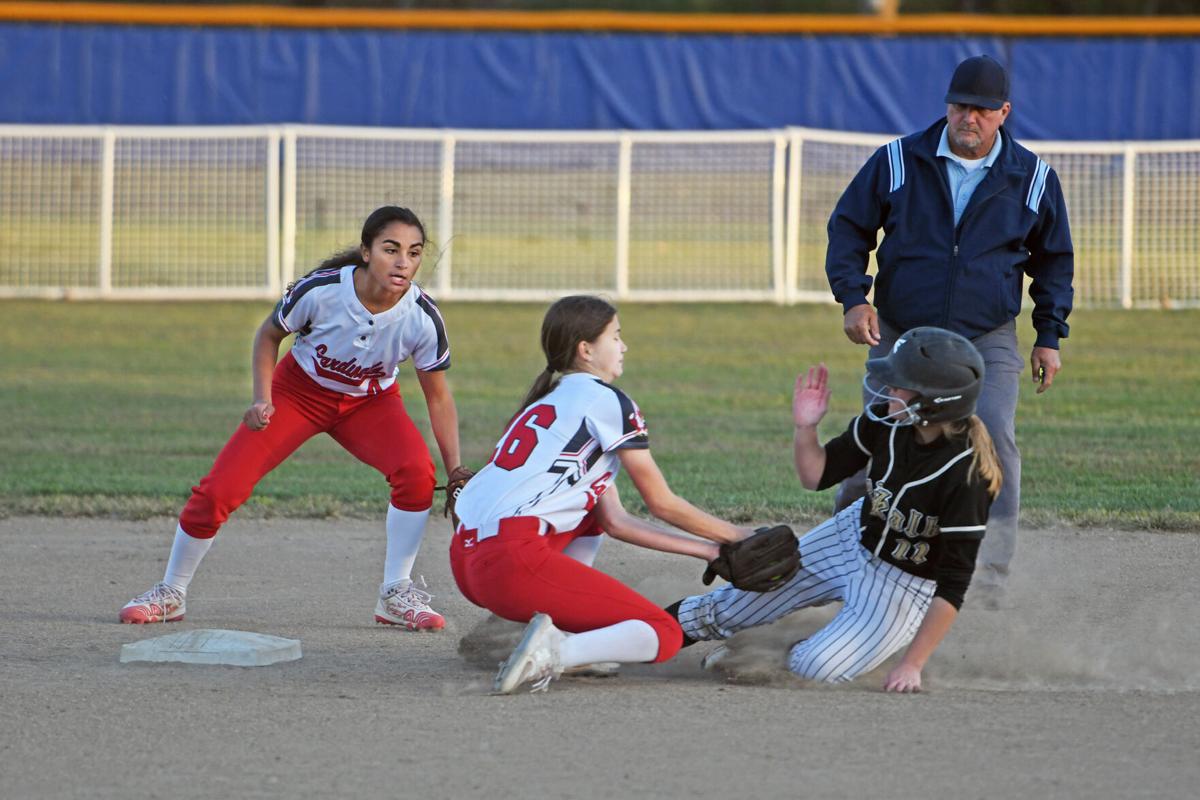 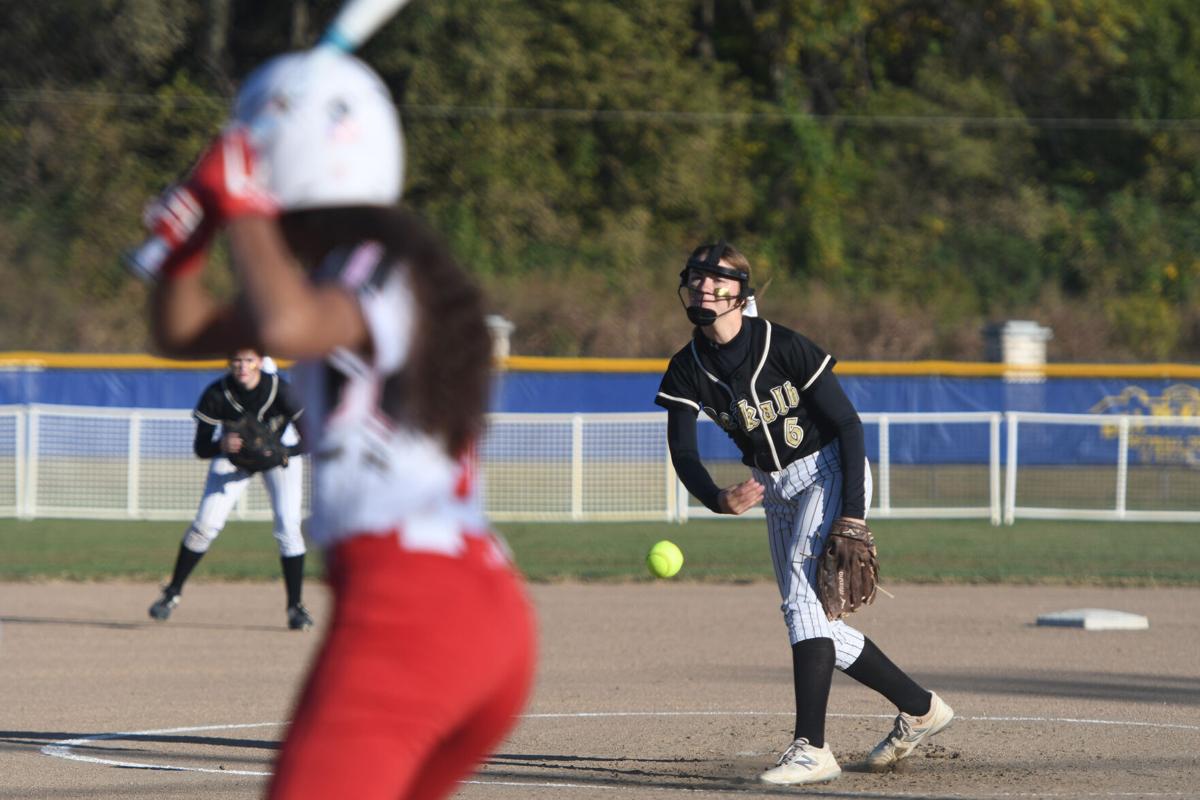 The Class 1 District 14 district championship lived up to expectations, with Stewartsville defeating DeKalb 3-2 in nine innings Thursday at Heritage Park to secure its first district title since 2002.

“We had played them earlier in the season and lost in the seventh inning. So we know what they can do. They’re the best base-running team that we ever face, and so we know what they are,” Arthur said. “They have a good pitcher and are a fine team so we thought we could play with them and it turns out we’re pretty evenly matched.”

The two pitchers, Tigers junior Ashton Crockett and WildCards senior Reagan Robinson put forth great efforts early on. Through two innings the two teams had combined for one hit, then in the top of the third the WildCards caught a lucky break.

Stewartsville senior Jacquelyn Bryant barely connected on a ball that rolled less than a foot in the front of home base, but the Tigers missed on the throw to first and Bryant managed a triple. Her and Robinson scored later in the inning to take an early 2-0 lead.

“I think we were trying to make a play and ended up making a few errors,” DeKalb coach Aaron Matthews said. “It’s no one’s fault, they’re out there battling and doing the best they can.”

Both teams struggled to get on base for the middle portion of the game, until DeKalb managed to get on base twice in the bottom of the sixth. They were able to capitalize on the bases to get into scoring position, and senior CJ Donaldson connected on a 2 RBI single to tie up the game late.

“I warned them, I said ‘you can’t let them creep back in,’” Arthur said. “Because that’ll be really tough.”

Tensions rose as the two teams slowly started getting on base with more frequency in the final innings. In the top of the ninth, the WildCards scored in dramatic fashion as freshman outfielder Libby Rush made a mad dash for home on a hit by senior Madelyn Griffin, tripping after she rounded third and giving her team a 3-2 lead by the slimmest of margins as she stumbled in for a score.

“I don’t know, to be honest I saw that ball coming in and coach told me to go. So I went, I was running about as fast as I could and just about lost my feet,” Rush said. “Actually I did lose my feet, but I finally got there.”

Though the run lacked grace, Arthur was happy with the result.

“That’s just typical Libby,” Arthur said with a chuckle. “It was pretty hard to watch. But whatever works out I’m ok with.”

Robinson finished the Tigers off with two strikeouts in the bottom of the ninth, giving Arthur a district championship the season before he retires from coaching.

On Wednesday, October 21, the WildCards will take on Pattonsburg in the first round of the state playoffs, a team they’ve have beaten once already this season. Rush is looking forward to potentially going further in the playoffs than any Stewartsville team has ever gone with a win.