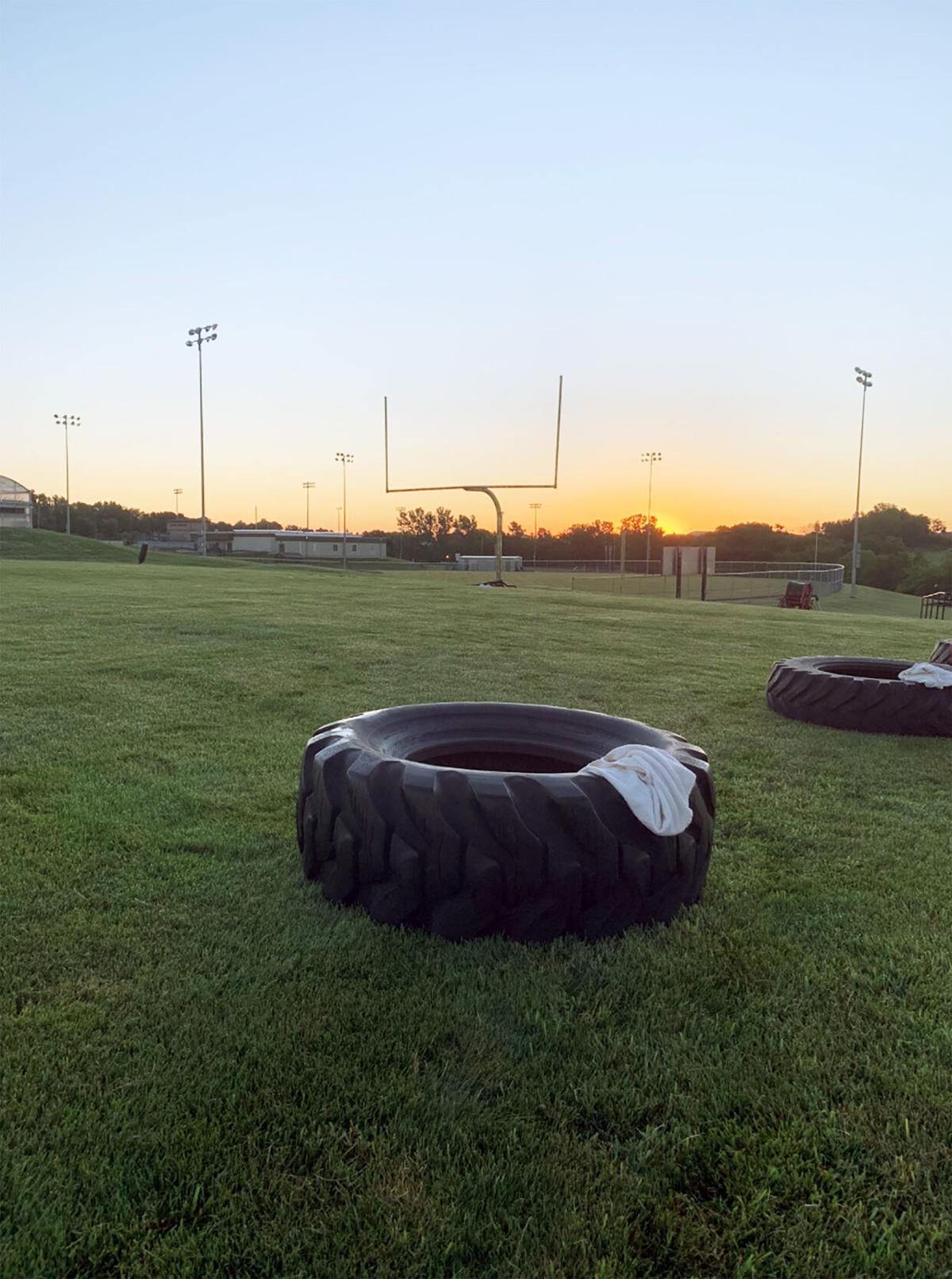 From partaking in a virtual offseason with individualized workouts to participating in summer workouts, Maryville High School football has been busy preparing for the upcoming season. 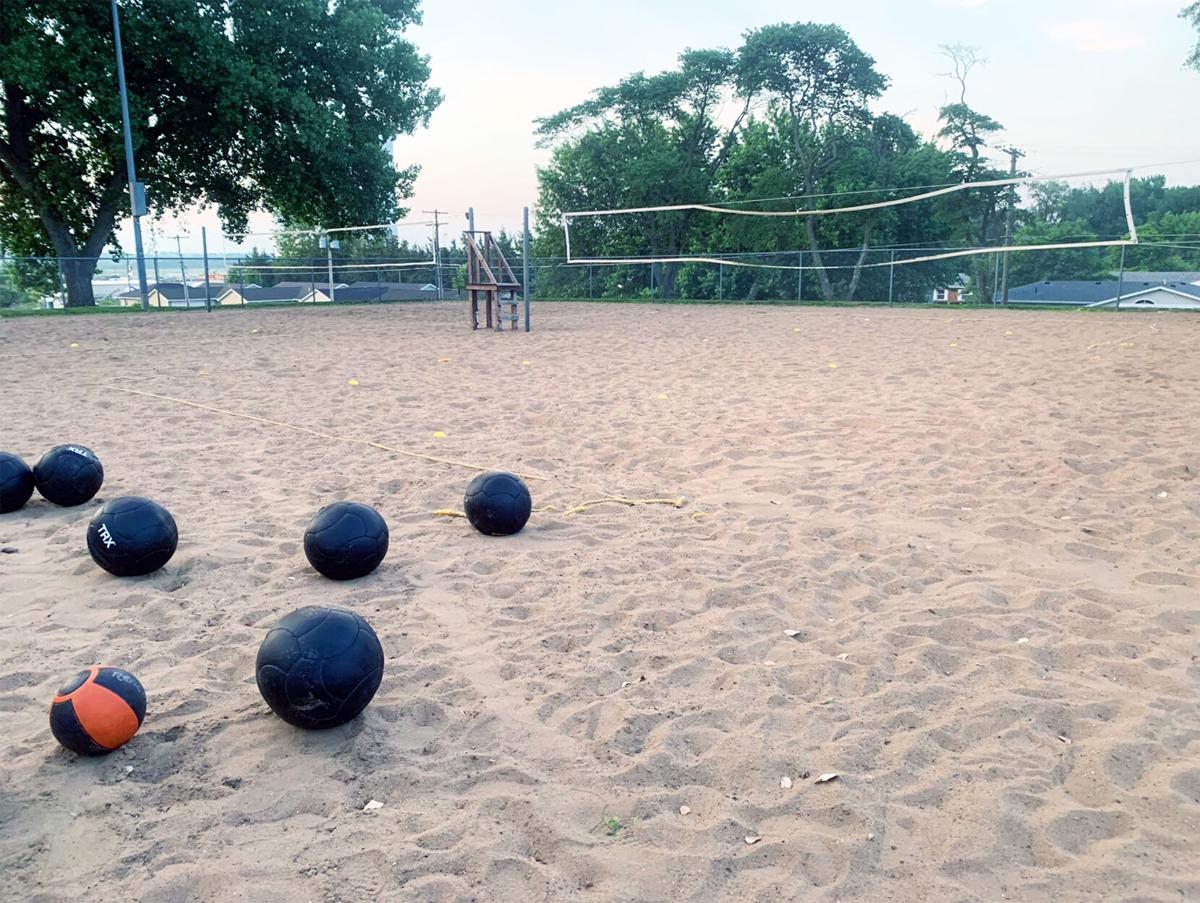 The Maryville High School football team worked out in the sand as well this offseason to gear up for competition come Aug. 28, according to MSHSAA.

From partaking in a virtual offseason with individualized workouts to participating in summer workouts, Maryville High School football has been busy preparing for the upcoming season.

The Maryville High School football team worked out in the sand as well this offseason to gear up for competition come Aug. 28, according to MSHSAA.

In an offseason unlike any other, Maryville High School football has taken full advantage of the opportunities that have come its way.

From partaking in a virtual offseason with individualized workouts to participating in summer workouts, head coach Matt Webb said the Spoofhounds have embraced the dynamic past few months.

“What this caused us to do is how to think creatively and to think about, how are these seniors going to be leaders throughout this time,” Webb said. “A lot of that has been, those senior leaders saying, “Hey, let me call the underclassmen and say, let’s go workout.’”

“Everybody gets a chance to try something new, and our seniors get a chance to do leadership a different way,” senior Connor Weiss said. “It’s different but it’s definitely better, I feel like, to connect with each other.”

Weiss added this offseason required the Spoofhounds to step up on their own time, with some players even going to the gym two times a day.

“We have a little bit more momentum leading into the season because we’ve all been sitting at home waiting for it and just been doing our individualized workouts and we don’t get to be with the team all the time,” Weiss said. “I feel like once we get with the team, we’re just going to kick it gear.”

Compared to just a few months ago when spring sports saw a cancellation to their seasons due to the COVID-19 pandemic, this fall features student-athletes relishing at the chance to compete.

“I’m just itching at the fact that I get to play, because a lot of my buddies played baseball last year and they didn’t get to play their senior year and I didn’t get to play my junior year, which at least I still have a chance this year to play football,” Weiss said. “I’m just looking forward to it and hoping that we can do what we usually do at Maryville.”

“It takes what it takes. That’s kind of our slogan. Whatever it takes, we’re going to have our culture and we’re going to play one game at a time, and it makes you value what kind of opportunities you have because they were up close and personal and saw some senior seasons end early and they want to be able to take advantage of what they have now,” Webb said.

Webb added that this offseason helped he and his squad think outside of the box by honing in on what’s most important in life, and even referencing a motto from retired college football coach Urban Meyer.

As teams across the state of Missouri prepare to enter the new norm, the Spoofhounds see it as part of their culture, not just a moment in time.

“It’s always been a Spoofhound culture, but it’s really been touched up upon this year. From day one this year that’s the first thing I remember every time we go to a workout, because he (Coach Webb) always repeats it and it’s pretty much ingrained in my head,” Weiss said. “It’s definitely something that’s going to be in my head for the rest of my life and how I look at things, so it’s a good learning point and a good way to overcome adversity.”

The Spoofhounds look forward to returning to the gridiron come Aug. 10, which is the official start date for practices according to the Missouri State High School Activities Association.

Central falls to Savannah in third match-up since 1959

More Fall weather ahead this week with a possible first frost Friday morning.