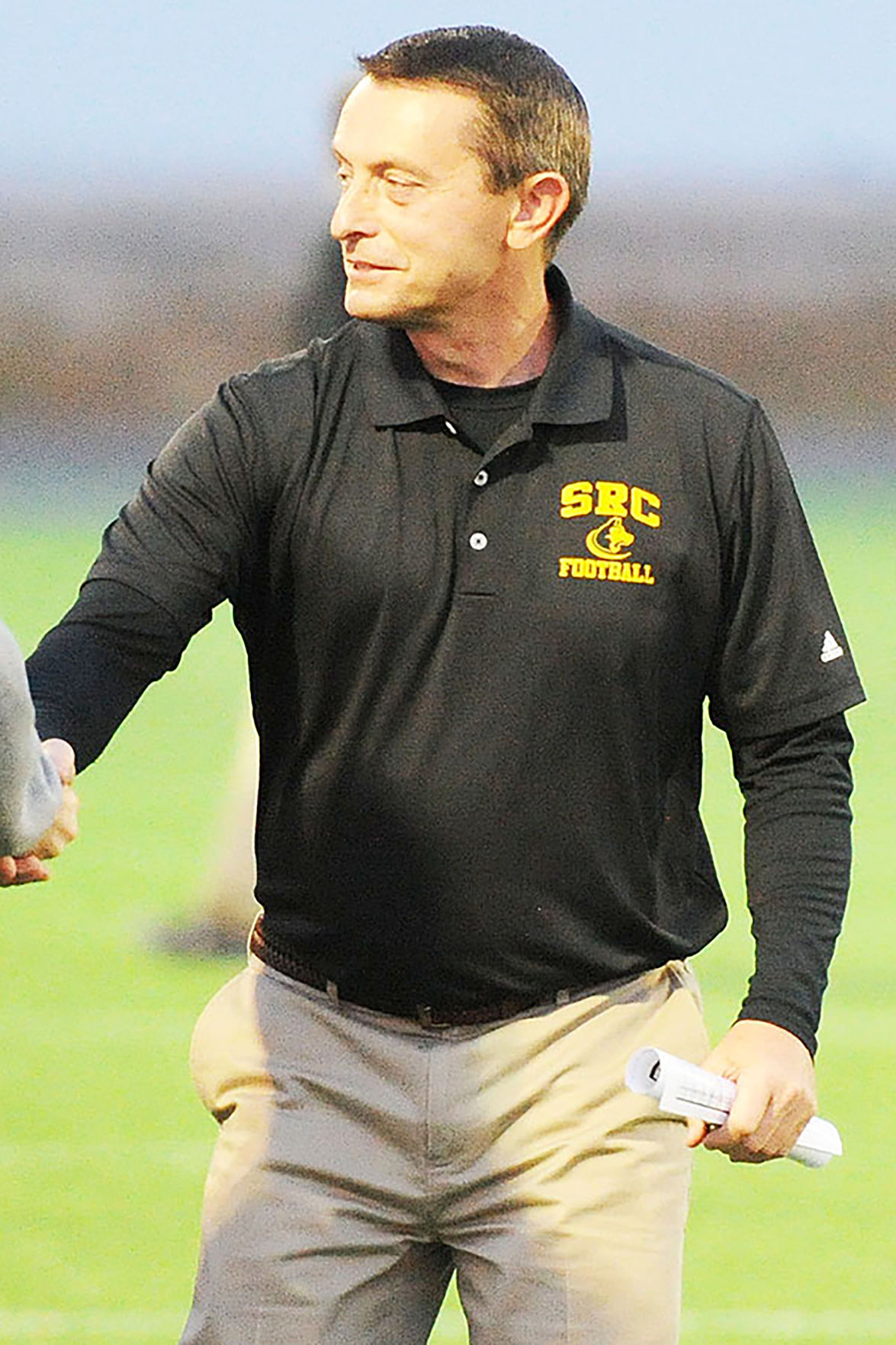 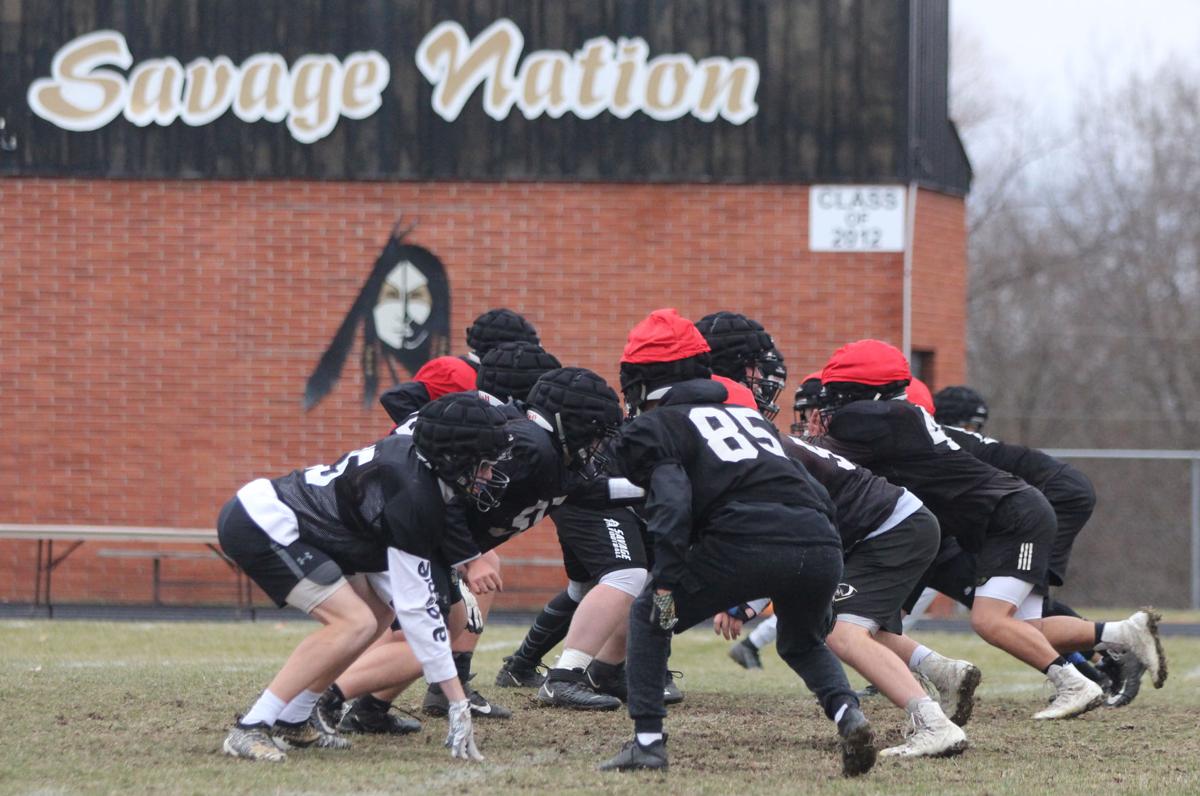 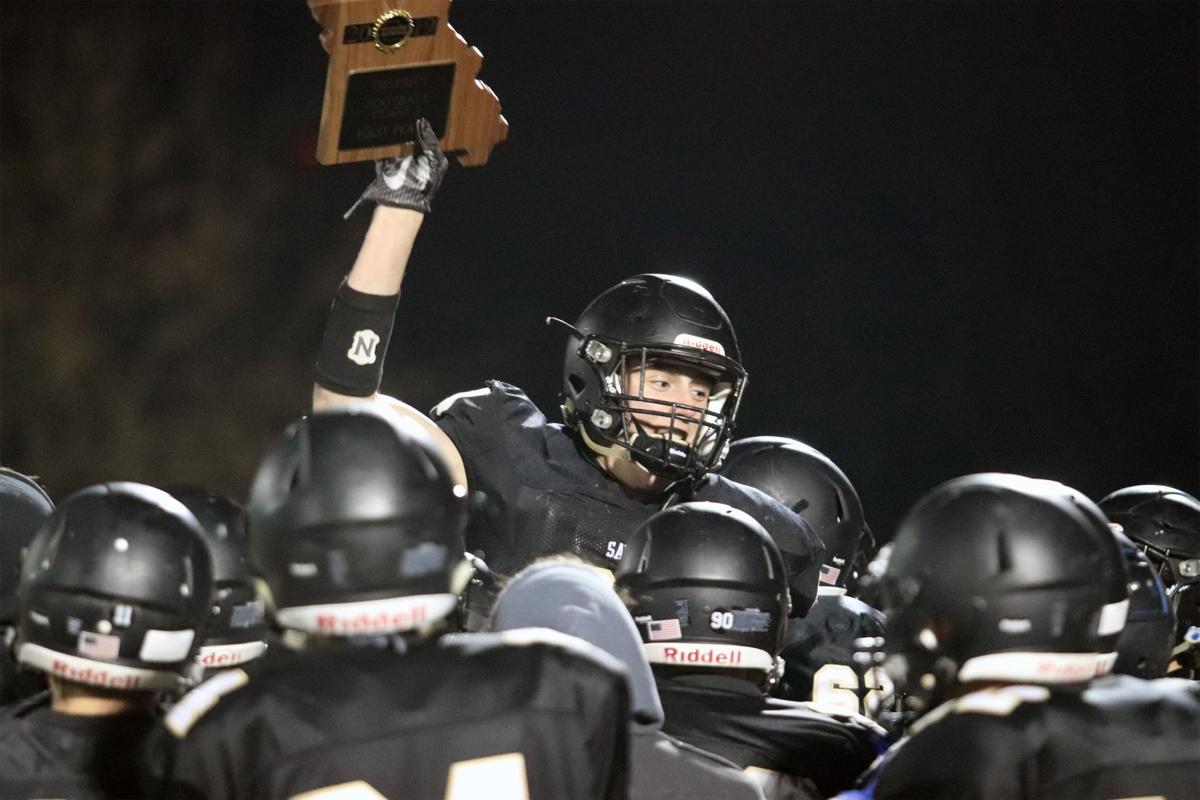 Savannah hoists the Class 3 District 8 championship trophy over his teammates following a 49-7 win over Chillicothe at Savannah High School in 2019.

Kevin Kopecky was hired in February as Savannah football's new head coach and is ready for when he and his team can gather for preseason workouts.

The Savannah football team will take the field this fall under a new head coach.

Kevin Kopecky was hired in February as the program’s new head coach and is ready for when he and his team can gather for preseason workouts.

“I’ve really heard a lot of good things about the young people in our program. They talk about their toughness all the time, they talk about how dedicated they are. I mean, these are really good things for a new coach coming in,” Kopecky said.

The Spencer, Nebraska, native has previous ties to the Northwest Missouri area after spending time coaching at Eudora, Leavenworth, St. Thomas Aquinas, Ralston (Omaha, Nebraska), and David City. He has compiled a 184-149 coaching record in his career.

Kopecky is now making the transition from Shelby, Nebraska, where he finished out the school year as Shelby-Rising City’s head football coach.

In his first season leading the Savages, Kopecky said he isn’t looking to rebuild the program but instead, move it forward from where it left off. He takes over a program fresh off a trip to the Class 3 quarterfinals under former head coach Randy Schrader.

“We want to hit the ground running and be good right away. There are some good kids coming back and Coach Schrader did a really good job with the program, has them heading in the right direction,” Kopecky said. “It should be a lot of fun and I think we are going to be very successful.”

As ready as he is to start preseason, Kopecky has been dealt a tough hand during the current unprecedented times for high school sports.

“We’re trying to get some stuff done like we normally would but as you know, a lot of things aren’t really normal right now,” Kopecky said.

Kopecky was able to meet with some his new players and their parents at a team meeting about a week before the school closed due to the ongoing coronavirus pandemic. Since then, Kopecky has been communicating with his staff and players through email and video communications.

“As most great coaches do, he’s adapted and he’s been great at communicating with on all things football-related through Zoom meetings, email, and regular phone calls,” said Savannah Activities Director and Assistant Principal Chad Dreyer. “He’s understandably eager to get started and to get acquainted with his new team and town, we’re all hoping things will return to normal soon and he’ll get the chance to hit summer workouts running.”

Kopecky said the Savages’ summer schedule is already set on paper and hopes it can start on time.