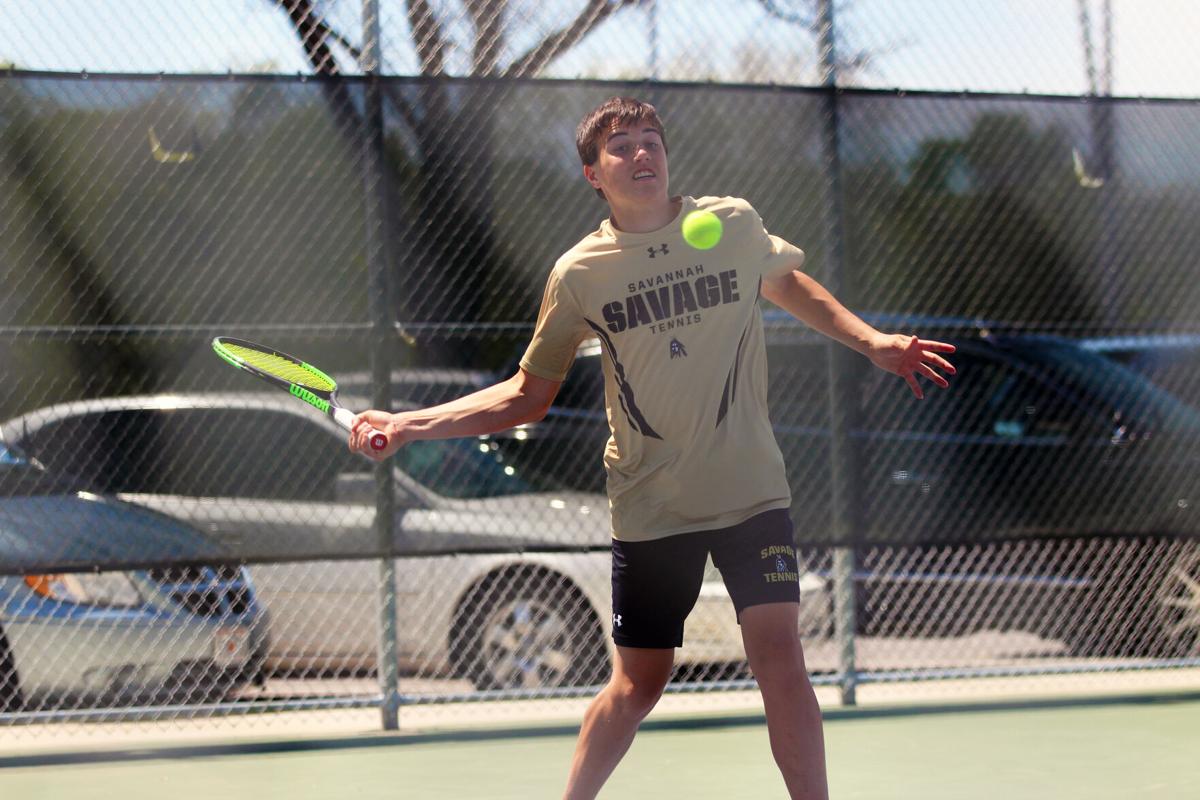 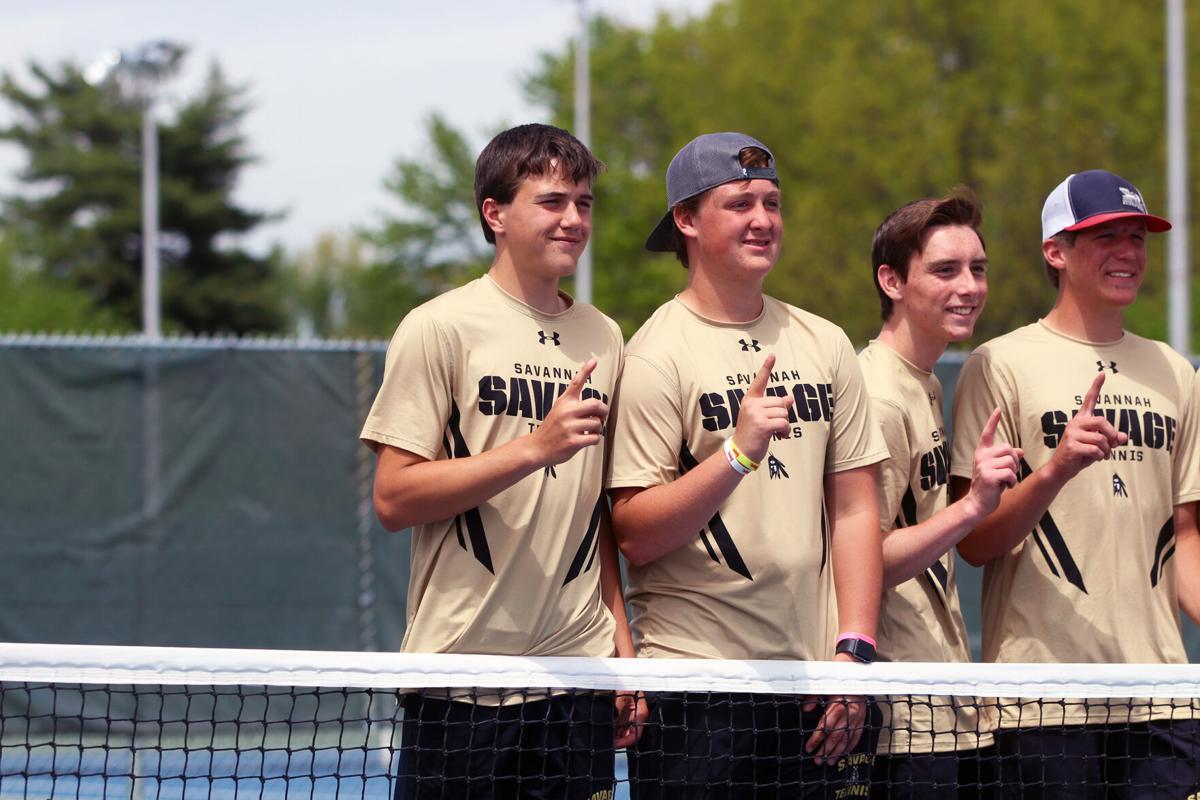 Savannah freshman Cole Horton has blazed his way through the MEC in his debut season, and he’s just getting started.

The district champion leads the way for Savannah tennis, who became MEC Conference Champions behind a 6-0 score.

“I just love hanging with the team. The team’s awesome. They’re all funny,” Horton said. “They’re all great to be around. It’s great playing tennis with all of them.”

First-year head coach Wakefield Hare said the Savages’ success comes from laying the groundwork prior to the season.

“The sole reason we’re performing so well in this season is because of the work the guys have put in really going back a few years for most of them, and then in the case of Cole Horton, it’s years and years of play,” Hare said. “That’s really what matters, number of reps times quality of reps equals success on the courts.”

Hare added Horton’s accomplishments in his first year wearing the black and gold comes from years of practice.

“What a lot of these guys do not see is the fact that he loses more than he wins, because he’ll go and play Kansas City and Missouri Valley competition, and you see him out here like, ‘Oh, look, it’s dominance,’ like that was forged on the back of some really tough matches,” Hare said. “That’s what you love to see is guys put themselves in moments that they have to grow.”

On an unstoppable path so far, Horton said Ware helps to remind him that focusing is key.

“He tells me that just it’s a mental game, and you need to get your head in the game because it helps with everything — your stroke, your serve your volleys. It just helps to have a good mental set when you’re going in,” Horton said.

With all the new hardware this season, Savannah will look to add even more in the postseason, and Hare said the message remains clear for Horton.

“Cole’s in a different league in this area, and so the concern is, ‘Hey, can you get some quality, high pressure reps before you have to meet guys in Springfield?’ So we always want him to stay healthy, stay humble, but then also be aware, ‘How does it affect my end goal doing as well in state as possible?’” Hare said.

Savannah takes on Bishop LeBlond in the semifinals of team districts on Monday at Savannah High School.

Savannah clinched the MEC Conference Championship behind a 6-0 score. Maryville placed second with 5-1. Benton finished in fifth at 2-4, while Bishop LeBlond came in sixth place with a 1-5 score.