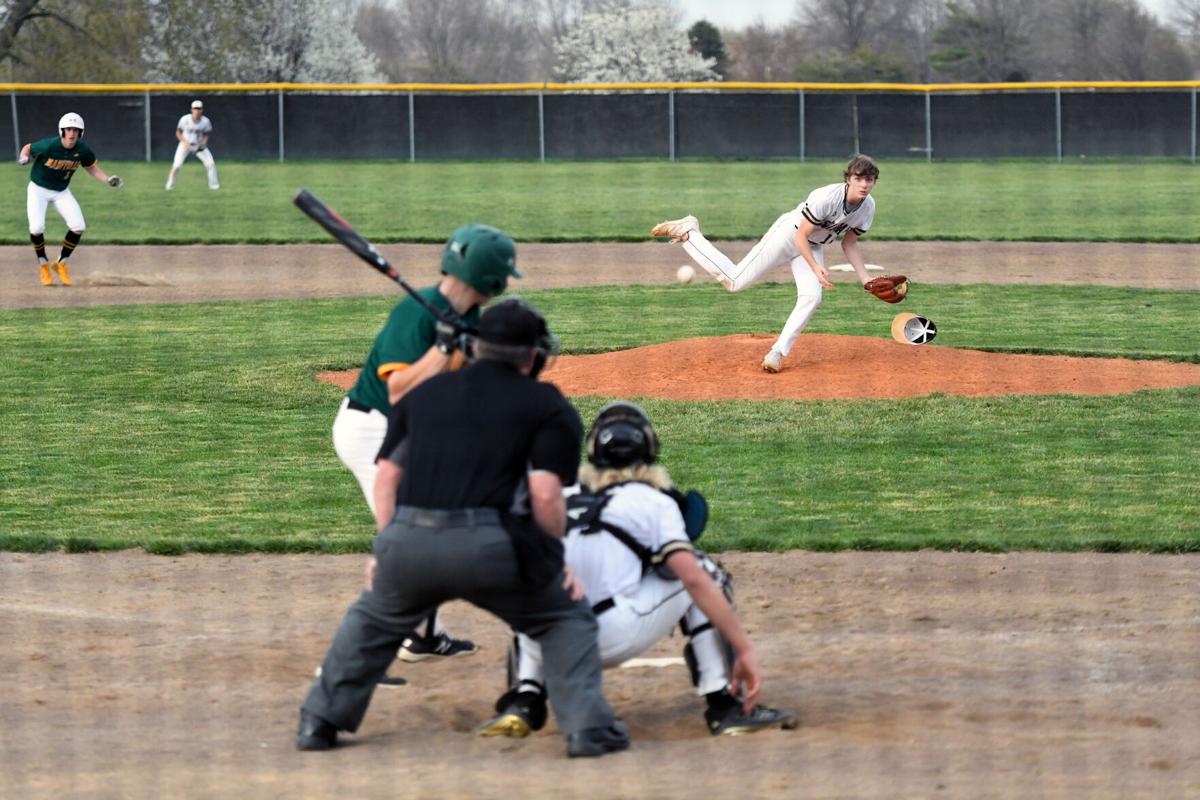 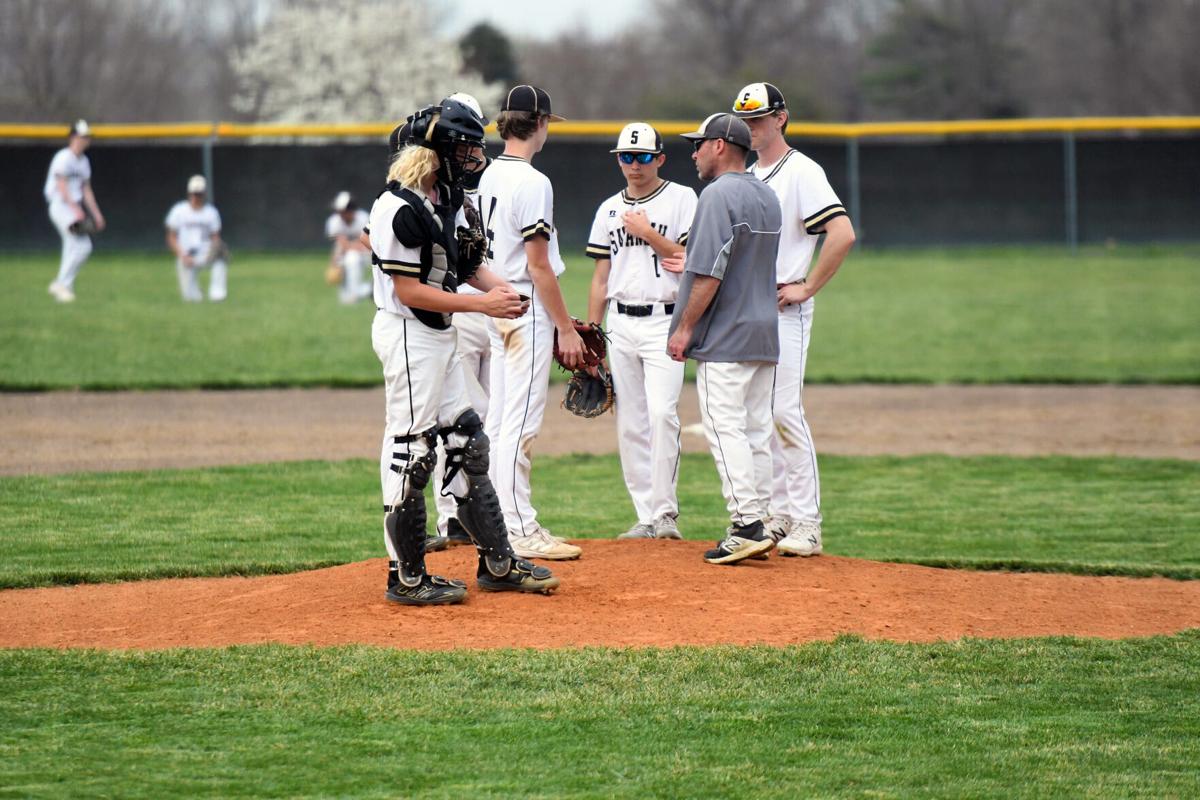 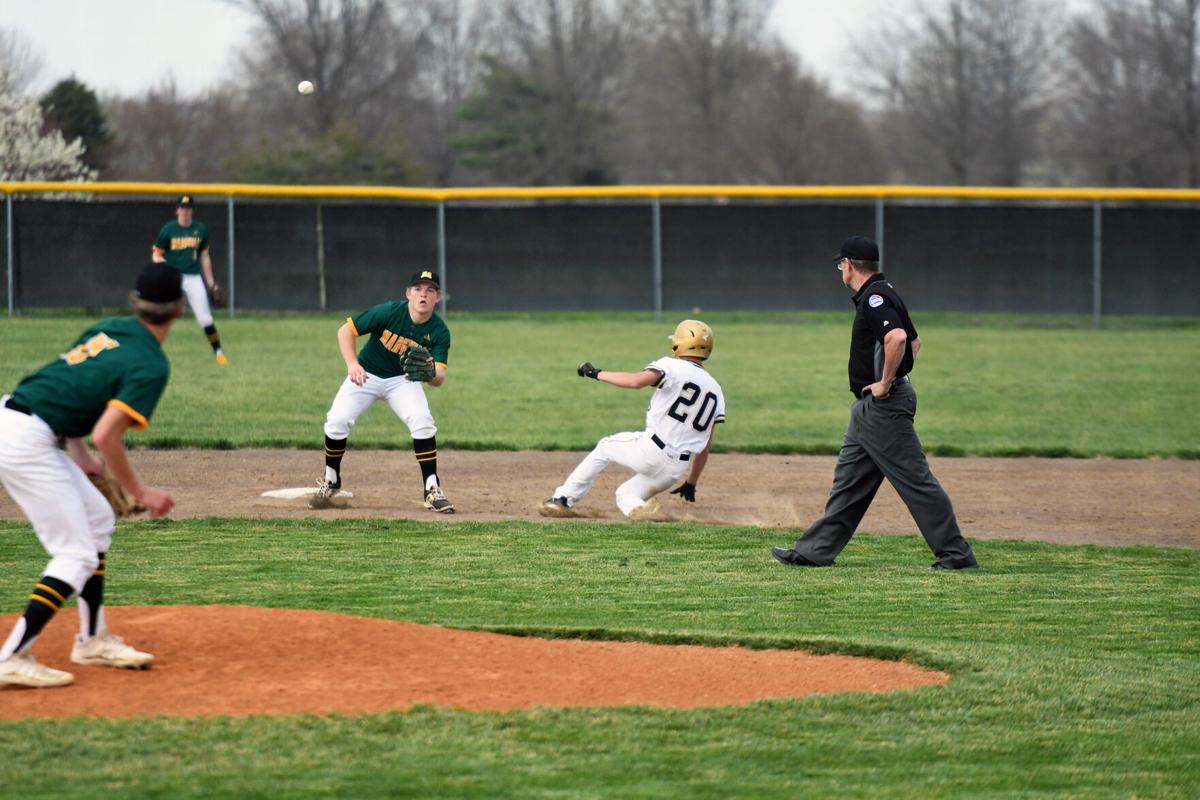 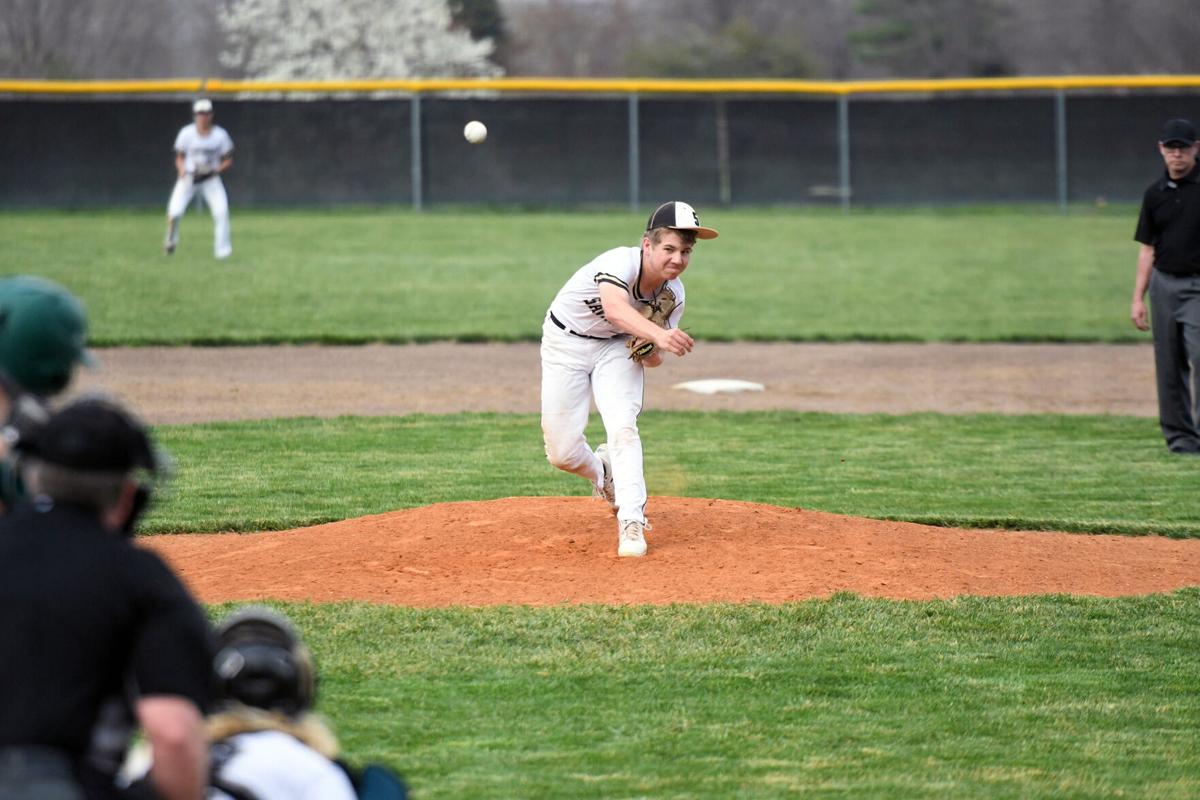 SAVANNAH, Mo. — In their first of three games in a week, Savannah overcame a deficit late to beat Maryville, 7-6, Tuesday at Savannah High School.

Tied on two separate occasions, the matchup featured waves of momentum from either MEC foe.

“That’s kind of been the way our season’s went. That was our season in a nutshell right there, lots of ups and downs,” Savannah head coach Erich Bodenhausen said. “I was proud of the kids that we came out and overcame a deficit and made a comeback.”

The Spoofhounds (4-3) made it on the board first, scoring one run on a stolen base from Cooper Loe to lead 1-0.

The Savages (5-3) responded with Tyson Hilsabeck hitting a grounder to right, bringing home Heisman Lafave to tie the game at one apiece.

The game remained rather quiet until the top of the fifth inning with two outs, Loe delivered a three-run homer to put Maryville in the lead at 4-1.

Bodenhausen said his team didn’t lost hope, even after the home run.

Trailing by three, Hilsabeck added the game was full of emotion.

“I gave up that home run and it took the wind out of our sails a little bit, but we came back and put up five in an inning and it put us right back in it,” Hilsabeck said.

Savannah answered with a total of five runs in the bottom of the fifth, as Hilsabeck, Logan Noland and Alex Fitzgerald all scored runs, capped by Ethan Dudeck scoring a two-run single to end the frame up 6-4.

Maryville senior Kade Wilmes responded with a two-run single to knot the game up again, this time at 6-6.

Then in the bottom of the sixth inning, the Savages regained their lead due to a wild pitch from Maryville to score another run.

Hilsabeck said, “It gave us a lot of confidence, but we knew that we had another half inning, so you always never know what’s going to happen but we were confident.”

The Savages secured the 7-6 victory in the top of the seventh inning.

Maryville head coach Hans Plackemeier said after the loss that he and his squad never felt out of the game.

“They’re the same team they always are,” Plackemeier said. “They’ll always hit the ball. You got to do the small things, you can’t make mistakes or they will beat you every time. Every time.”

Parker Brayley closed out the game on the mound for Savannah, surrendering zero runs on two hits over two innings, striking out one and walking one.

The Savages collected four hits, while the Spoofhounds racked up nine. Wilmes went 3-for-4 at the plate to lead Maryville in hits.

After the win, Bodenhausen noted the Spoofhounds played better defense than his team.

“I’d rather win ugly than lose pretty,” Bodenhausen said. “We need to play better baseball. We won the game, yes. But we’ve got a lot of things we still need to work on.”

With two more contests between Savannah and Maryville in the next seven days, Hilsabeck said Bodenhausen had plenty to take away from their first meeting.

“After the game he told us we should be glad to get the win, but never be satisfied because we got to play them two more times, so our work isn’t done with them, but it’s good to get a win tonight,” Hilsabeck said.

Maryville faces Cameron next on Thursday, then Savannah travels to take on Maryville on Friday and returns home to host the Spoofhounds again next Tuesday.