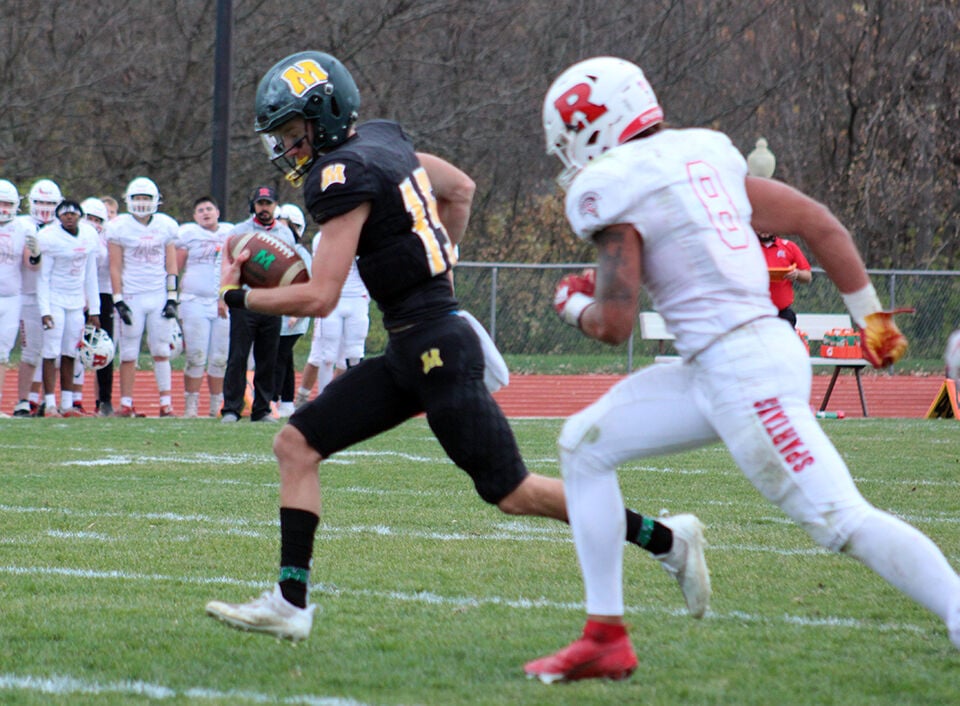 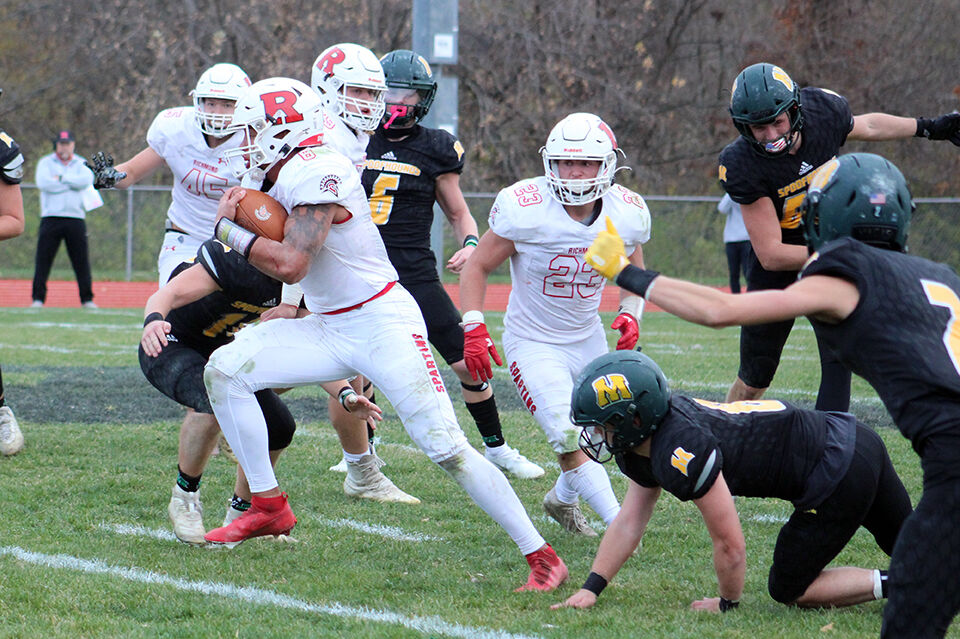 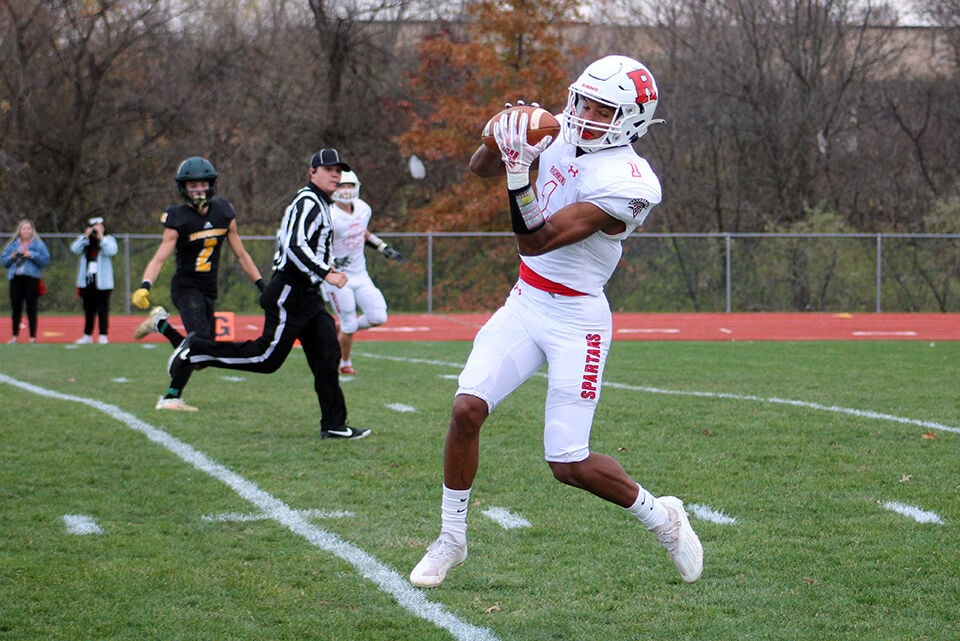 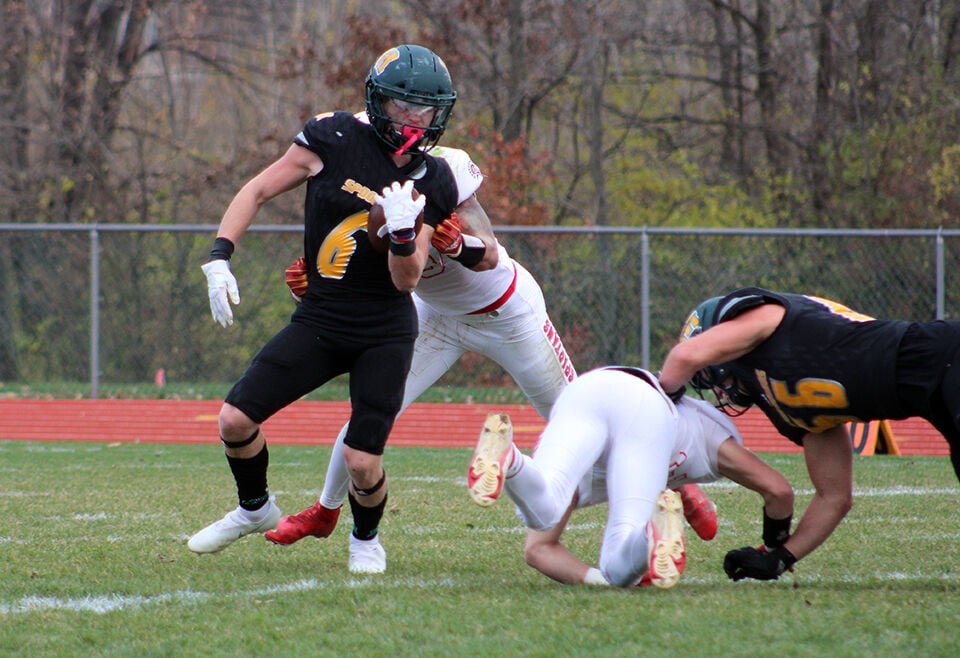 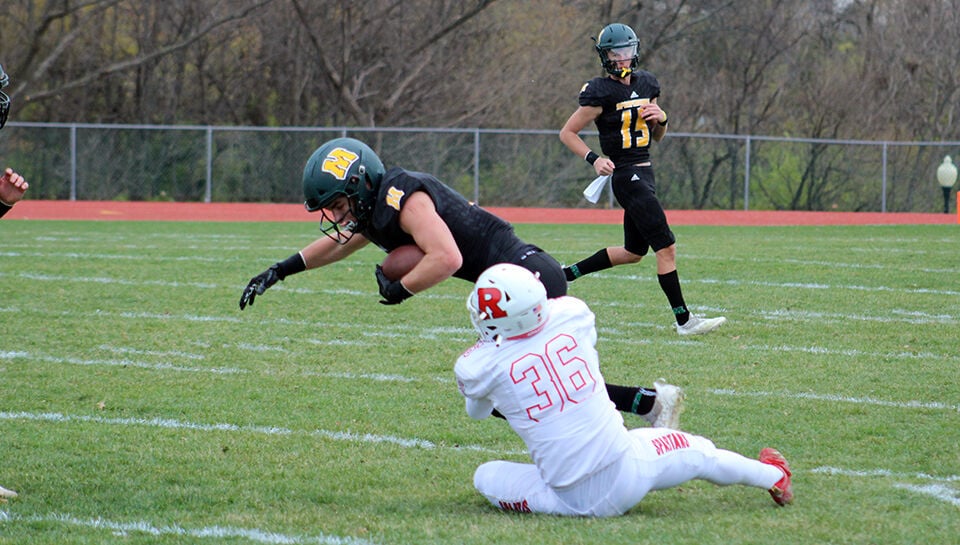 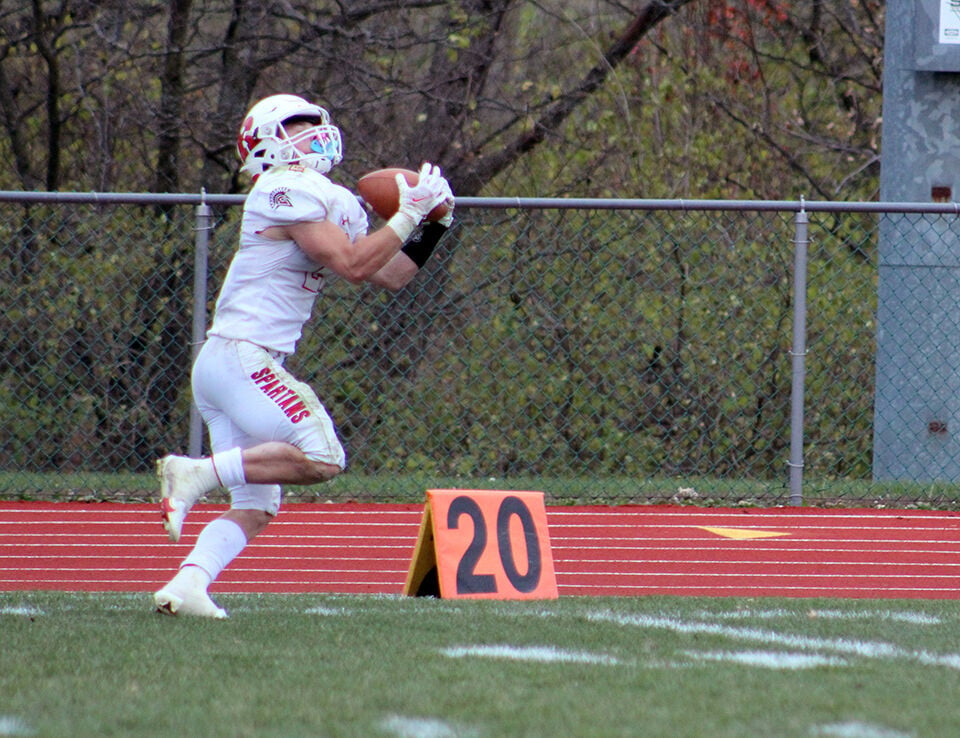 MARYVILLE, Mo. — The Richmond Spartans beat the Maryville Spoofhounds 49-23 Saturday afternoon at the Hound Pound in the Class 2 quarterfinals.

The Spoofhounds have just three home playoff losses over the last decade, and the Spartans are responsible for two of them.

“The reason that other teams get excited in Maryville in a quarterfinal win is because it doesn’t happen very often,” Maryville coach Matt Webb said.

The three home losses this season were the most for the Spoofhounds, champions of Class 2 District 7, since dropping four games at home in 2006.

The Spartans dipped into their bag of tricks often in the first half. Richmond quarterback Keyshawn Elliott extended the first drive with a 16-yard run on a fake punt, leading to Richmond’s first score of the game.

The Spoofhounds held the Spartans to just eight points in the first quarter. But three minutes into the second quarter, Richmond used more trickery to extend their lead with a double pass that ended with wide receiver Layne Cavanah connecting with Jordan Alexander for a 35-yard touchdown.

The Spartans ended the first half with a 10-play drive that ended with Elliott scoring on a 2-yard run. Richmond took a 22-0 lead into halftime.

“They did a really good job with the offensive line of pushing us around,” Webb said. “They’re just a really good football team and when you get to this point in the season and there’s only eight teams left, you have to play your best and I don’t think we did that in the first half.”

Maryville didn’t go away quietly, opening the second half with a defensive score on the half’s opening drive. Drew Spire recovered a Spartans’ fumble, then returned it for a Spoofhound touchdown.

The rally attempt had promise after forcing a punt on Richmond’s next possession. The Maryville offense used a 13-play drive to cut the lead to seven on an 8-yard touchdown run from quarterback Connor Drake.

With the momentum taken from them, the Spartans used Cavanah to swing the game in Richmond’s direction. Elliott connected with the senior receiver for a 56-yard touchdown on third-and-9.

The Spartans put the game out of reach with an interception by Alexander. Elliott made then made it a three-score game with an 11-yard touchdown with 10:38 left in the game.

”They’re just a really good football team and when you get to this point in the season and there’s only eight teams left, you have to play your best and I don’t think we did that in the first half,” Webb said.

The Spoofhounds carried the ball 24 times for 87 yards. Drake completed 6 of 12 passes for 68 yards.

”We really thought we were going to stay with them after getting a couple of scores on offense,” Webb said. “We got 23 in the second half, but just didn’t get the stops defensively. If you can’t stop anybody, you’re not going to win.”