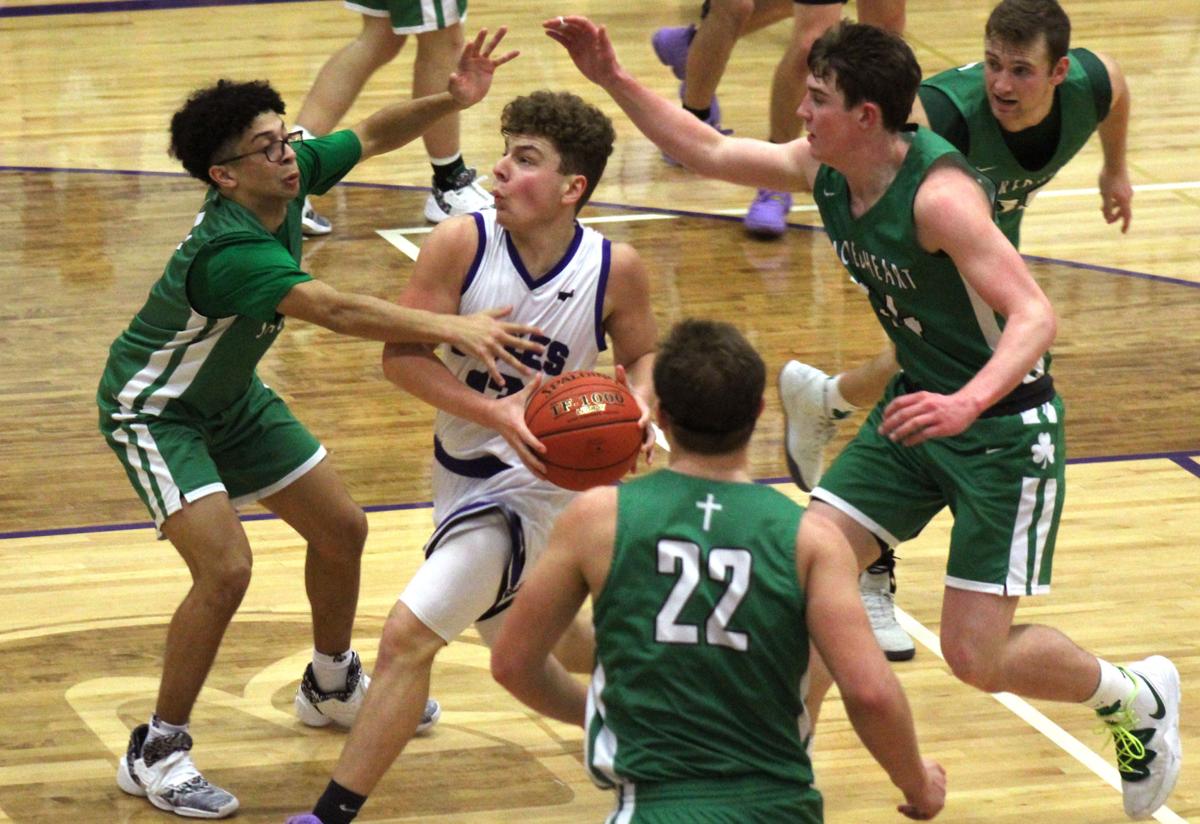 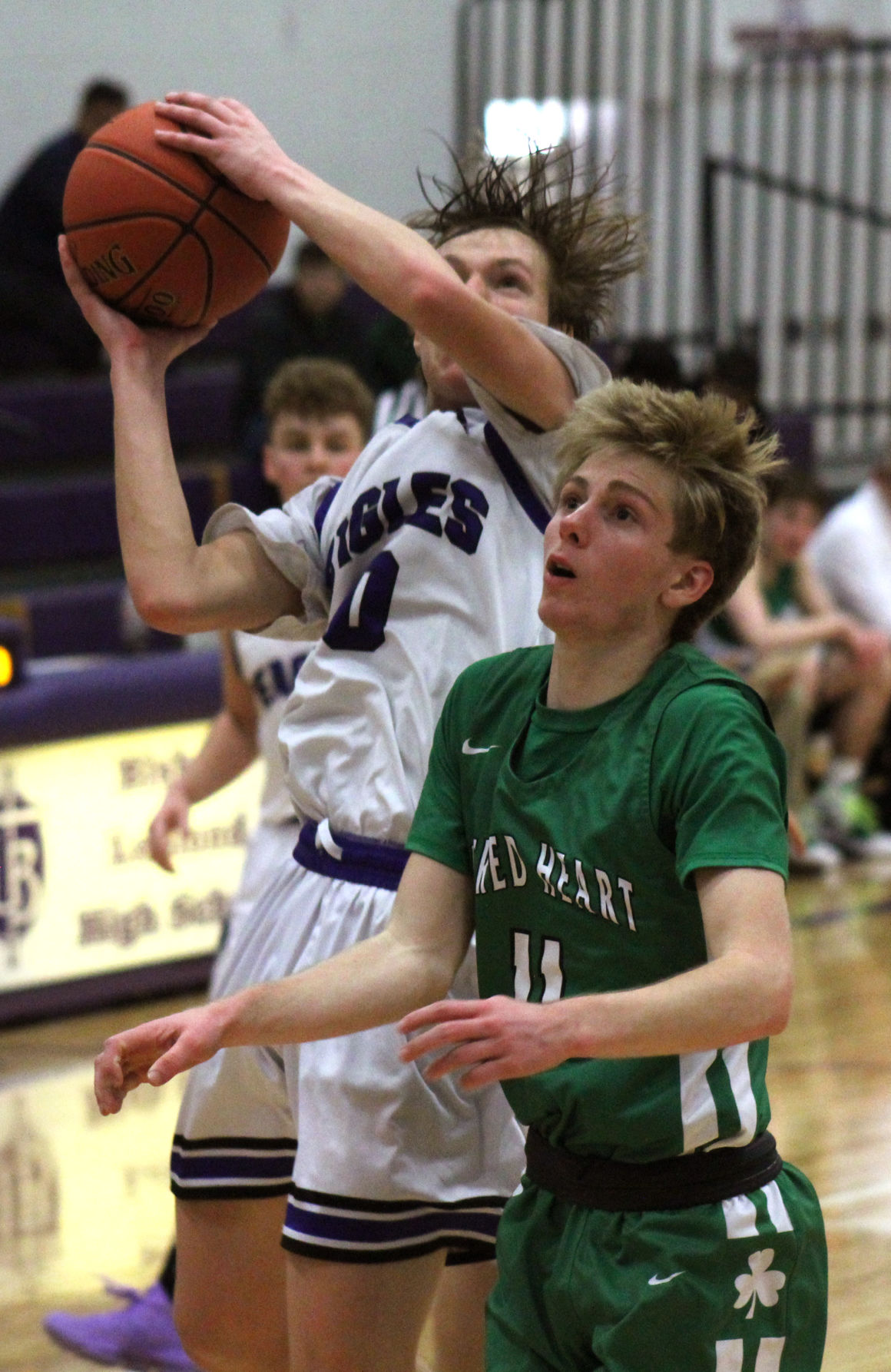 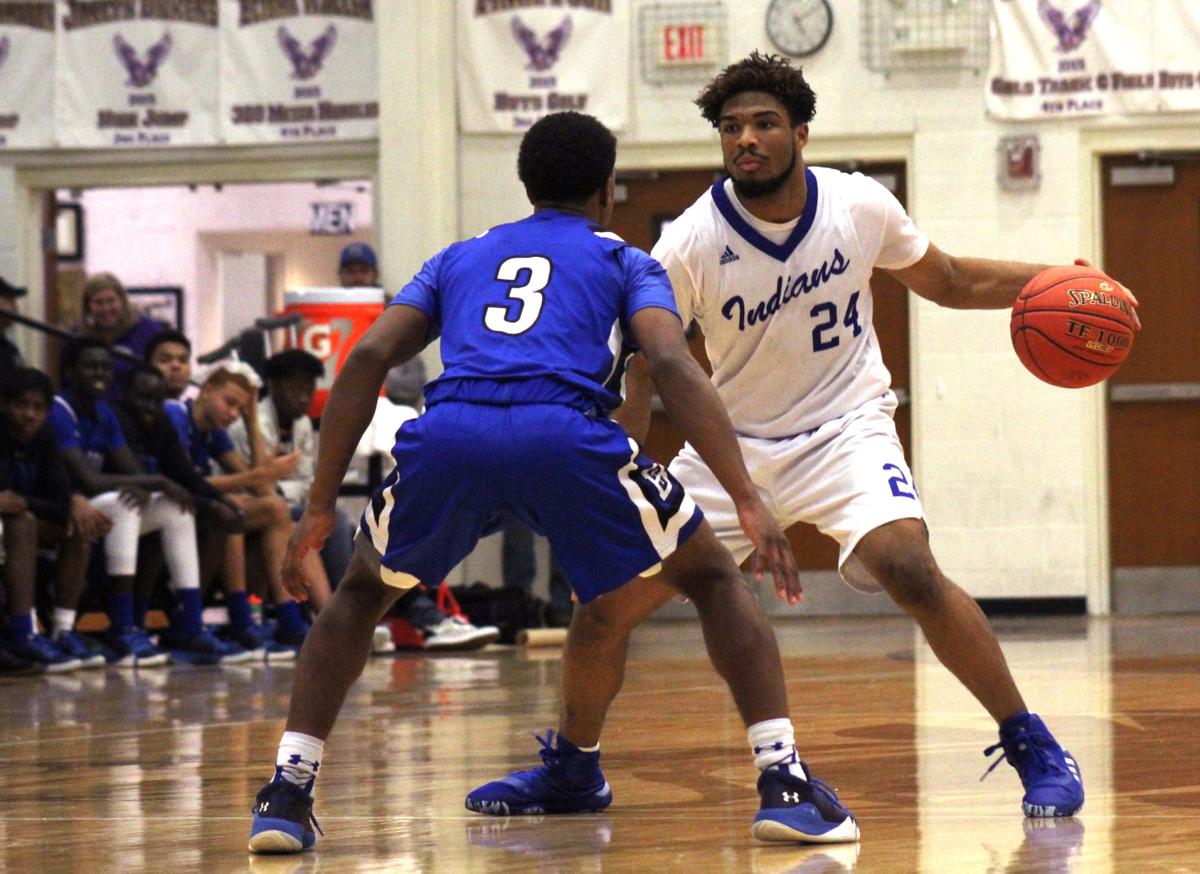 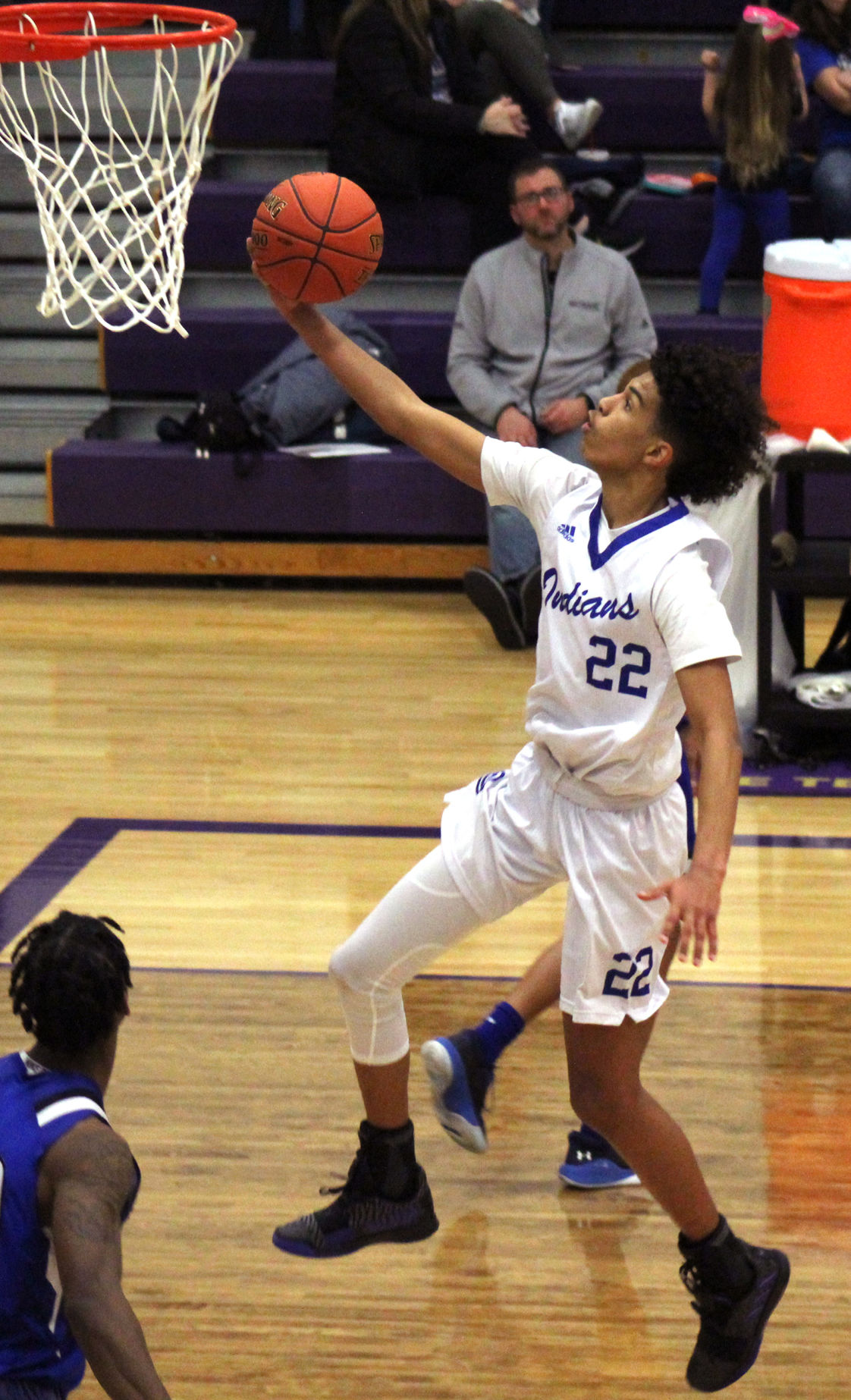 In a different take on a childhood game, the Indians were led by senior AJ Redman for a 70-54 win over the Cowboys in the Second Annual Steve Vertin Classic on Saturday afternoon at Grace Gymnasium.

Redman scored 20 points for Central in the 16-point win over Omaha Boys Town to surpass the 1,000 career point mark.

Redman was one point away from hitting 1,000 on the nose in the first half but missed a free throw to put him at 999 career points. With his first shot of the second half, he secured the 1,001st point of his career at Central.

“It’s something that only happens once in a lifetime, so I was really excited to get it,” Redman said.

Redman was fouled on the shot, and he celebrated with his teammates on the sideline before he went to the line for the and-1. He exchanged a hug and kind words with head coach Jacob Kimble.

The Cowboys started strong, but Kimble called a timeout to give his team a chance to breathe. The Indians took an 11-9 lead in the first quarter and never looked back.

“We’ve had some games where we’ve fallen behind and fell further behind, so to come back when things didn’t seemingly go our way early was really great for our kids,” Kimble said.

By halftime, the Indians (4-4) led the Cowboys 33-22. Redman had 11 of his 20 total points in the opening half. The rest of the team took over in the second half with junior La’Var Felder scoring 14 and senior Cole Hopkins finishing with 12.

Central hits the road to play Truman next at 7 p.m. on Tuesday, Jan. 7.

Host Bishop LeBlond fell to a strong offensive team early on, trailing by 12 after the first quarter of a 68-40 loss to Falls City-Sacred Heart. The Irish led by 12 at the end of the first quarter and dominated through the rest of the game for a win. It was the Irish’s ninth straight win this season.

“Year in and year out, they’re really, really good — they’re really well coached,” Golden Eagles head coach Mitch Girres said. “They play extremely tough and physical. That’s something we try to stress for our kids. We’ve been in kind of a lull here these last couple of games, so tonight’s wasn’t really about the result — it was more about if we could play hard or not.”

The Golden Eagles (6-6) knew it would be a tough battle, but held their own against the Irish. Of all teams to play Sacred Heart, Bishop LeBlond was the only one to score more than 30 points.

“It may not look like it on the scoreboard, but I think our kids played really hard,” Girres said. “(The Irish) are better than us right now — I don’t think they’re 30 points better than us, but that something that we’re just going to have to deal with and go back to practice and get better.”

The Golden Eagles will host Chillicothe at 7:30 p.m. Thursday.

Benton used its balanced offense to beat Falls City 65-30 in the first game of the Steve Vertin Classic.

Led by Kason Mauzey’s 16, the Cardinals (6-2) had four finish in double figures. Allan Coy was second in line with 15.

The Cardinals open up MEC play against St. Pius X at 7 p.m. Thursday in Springer Gymnasium.

The Panthers (7-1) and Bulldogs stood tied 11-11 after the first quarter. Auburn pulled ahead from there, outscoring Mound City in the final three quarters.

Savannah 53 A slow start didn’t help Savannah in a 75-53 loss to Mount Michael.

Amanda Sullivan can be reached