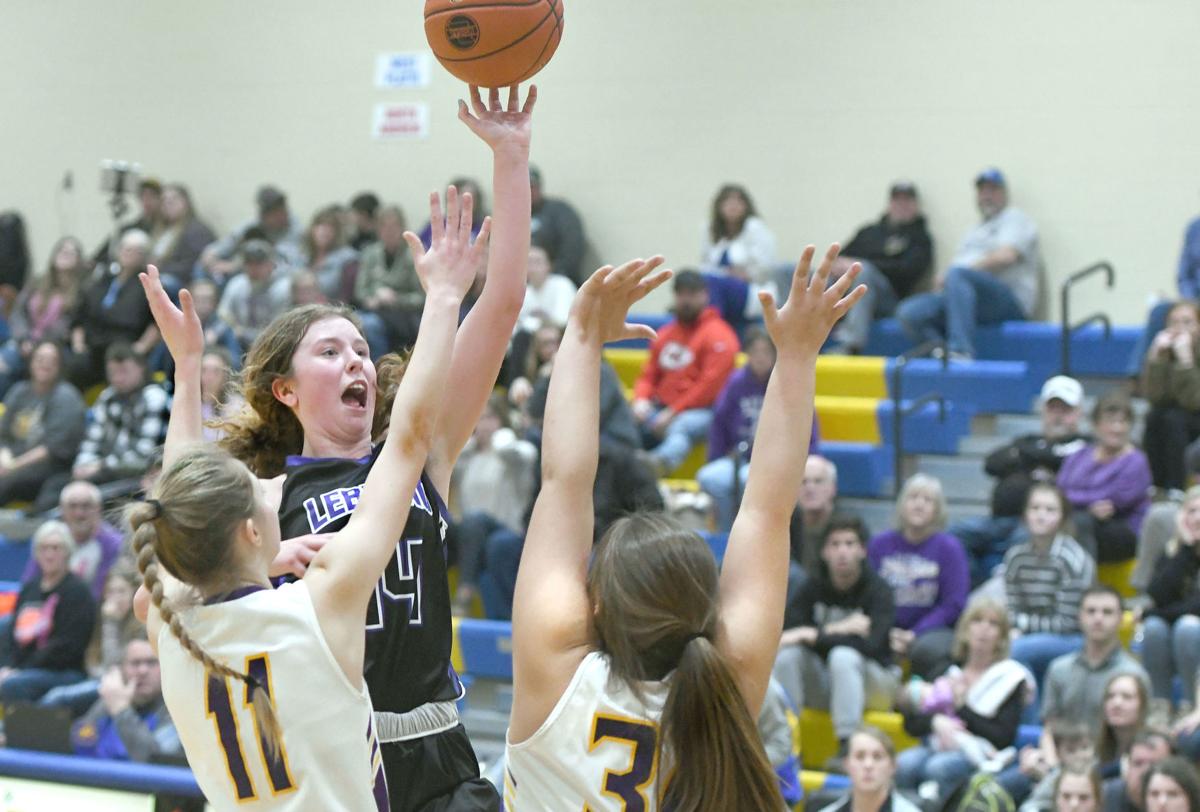 LeBlond freshman Tatum Studer goes up for a layup in traffic against North Platte on Monday at East Buchanan High School. 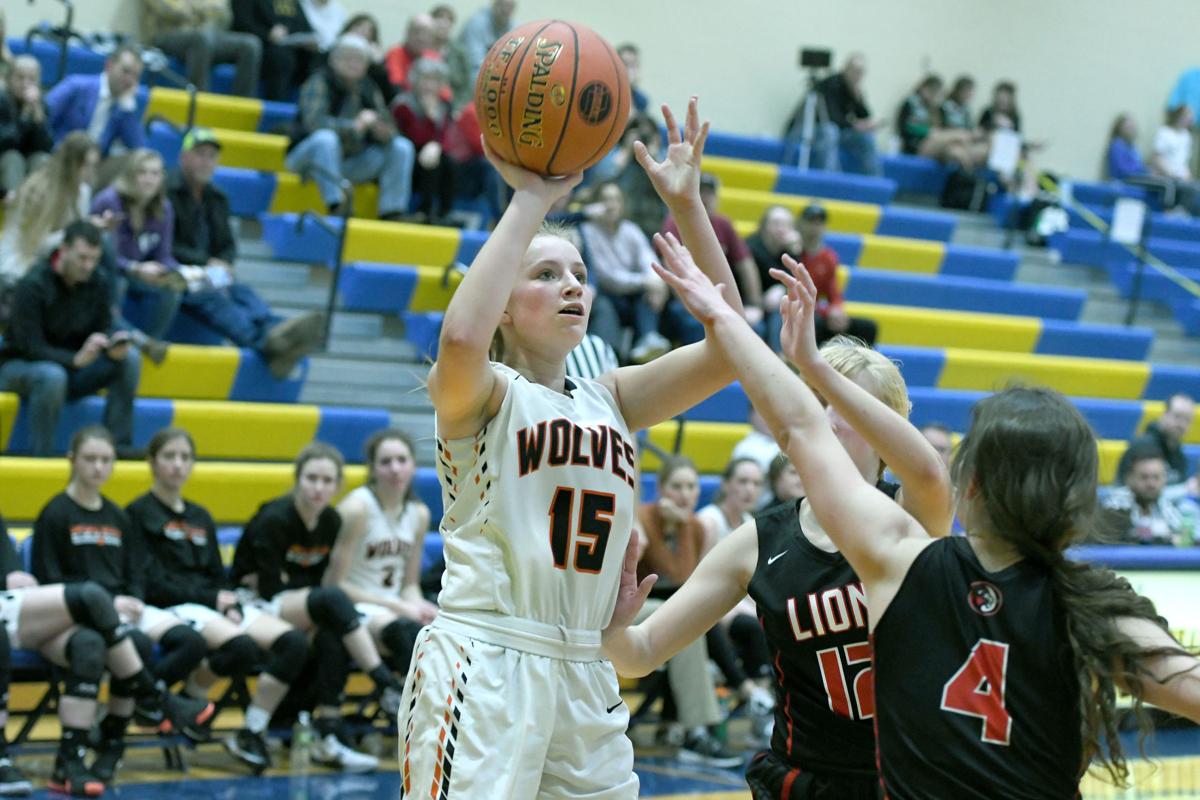 LeBlond freshman Tatum Studer goes up for a layup in traffic against North Platte on Monday at East Buchanan High School.

GOWER, Mo. — No. 4-seeded North Platte did the little things right to inch out a 42-40 win over No. 5 Bishop LeBlond in the first round of the Class 2 District 16 girls tournament on Monday at Iba Family Court at East Buchanan High School.

After getting out to a 12-point lead in the first half, Golden Eagles coach Jackie Fore noted how LeBlond (12-14) was doomed by their performance from the line, going just 1-for-9 on free throws in the second half.

“I think if we would have made more of our free throws we would have seen a different outcome, it would have probably given us more confidence to have a little bit of a lead going into the fourth quarter,” Fore said. “We executed in the first half, second half I think it was just back to that mental toughness that has been our biggest weakness.”

Beyond just the disparity in free-throw percentage, North Platte (14-12) held the Eagles to just nine points in the second half after the early adversity..

“They fouled us a little bit there at the end of the first half to cut it to seven, and that gave us a little bit of momentum going into the half,” Panthers coach Ryan Davis said. “We were able to go on a run where they didn’t score a while in the second. It feels great, survive and advance at this point and that guaranteed a winning record on the year for us.”

For almost the entirety of the second half, the teams were locked in a stalemate that never extended beyond a one possession game.

With 16 seconds on the clock, up by two points, LeBlond drew up an inbounds play to get forward Juliann Smith open under the basket.

But the play was never able to materialize.

“I turned and got screened, so my back was to the ball and I couldn’t get through,” Panthers forward McKenzie Brockhoff said. “Jordyn (Smith) got to the ball and really saved our butts.”

Smith jumped out in front of the pass and got it to the corner, a decisive defensive play in the most crucial point of the game.

North Platte will advance to play No. 1 seed East Buchanan at 6 p.m. on Wednesday.

East Atchison wore down St. Joseph Christian by pounding the ball inside, churning out a dominant 66-34 win.

A pair of early 3-pointers by Christian (8-16) guard Jacqueline Carlson gave an illusion that the Lions might hang with second-seeded East Atchison (25-1), but the Wolves endured a less than stellar shooting night by relying on the paint game.

“St. Joseph Christian came out ready to play, we just had to get some energy going,” Wolves coach Dustin Barnes said. “They were playing a good game, but finally we just took the ball inside and Jaycee Graves started having a big game, we took over on the inside and things snowballed.”

Carlson accounted for 16 of the Lions’ 34 points.

It’s a tough field going forward, and the Wolves know that they’re going to need to play a more complete game in the postseason efforts to come.

“When those things are falling everything seems to work, so we’re going to have to tighten our defense up a little bit, knock down some open shots,” Barnes said. “Just be the team that we’ve been for 26 games.”

No. 1 East Buchanan 49, No. 8 West Platte 15 The Bulldogs dominated the Blue Jays defensively, highlighted by an 18-0 first quarter show of force that illustrated why East Buchanan is the first seed in the tournament.

The Bulldogs will play North Platte on Wednesday at 6 p.m.

The Dragons jumped out to an early lead over the Cardinals on the back of a 22-point first quarter, and never looked back.