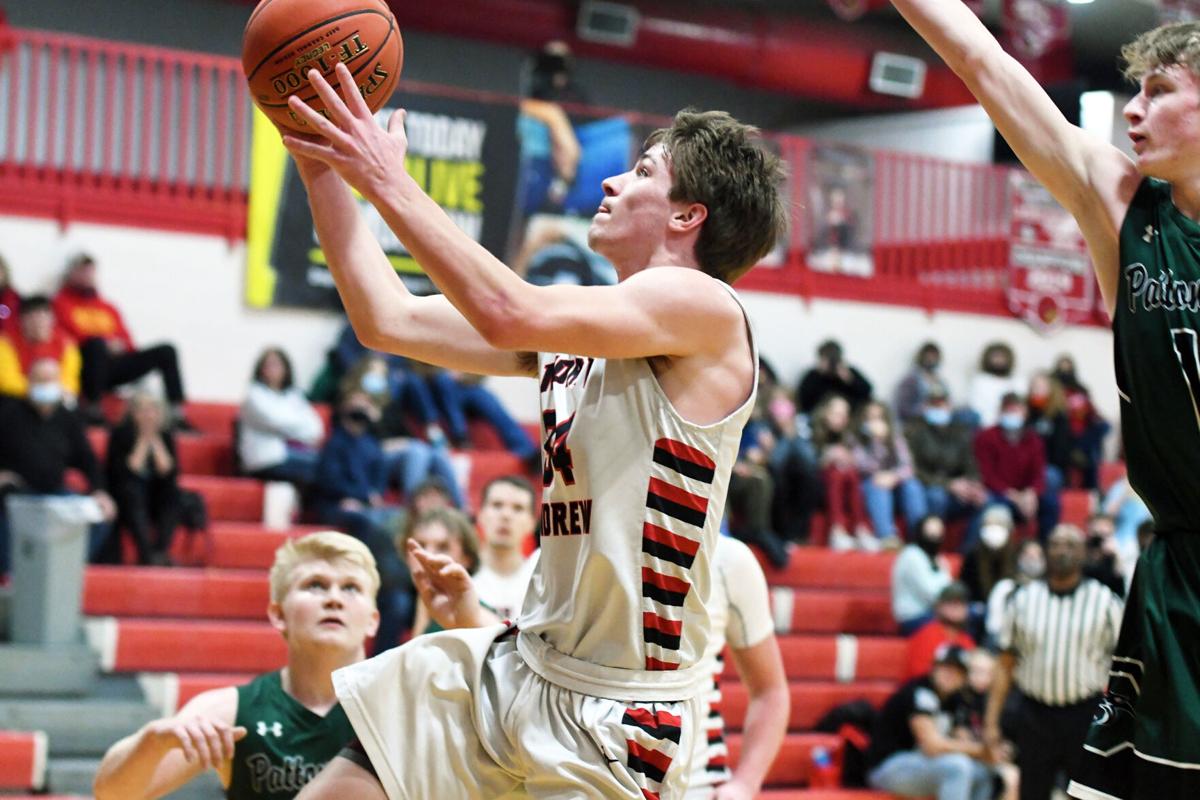 North Andrew forward Clayton Linville goes up for the layup against Pattonsburg on Friday at North Andrew High School. 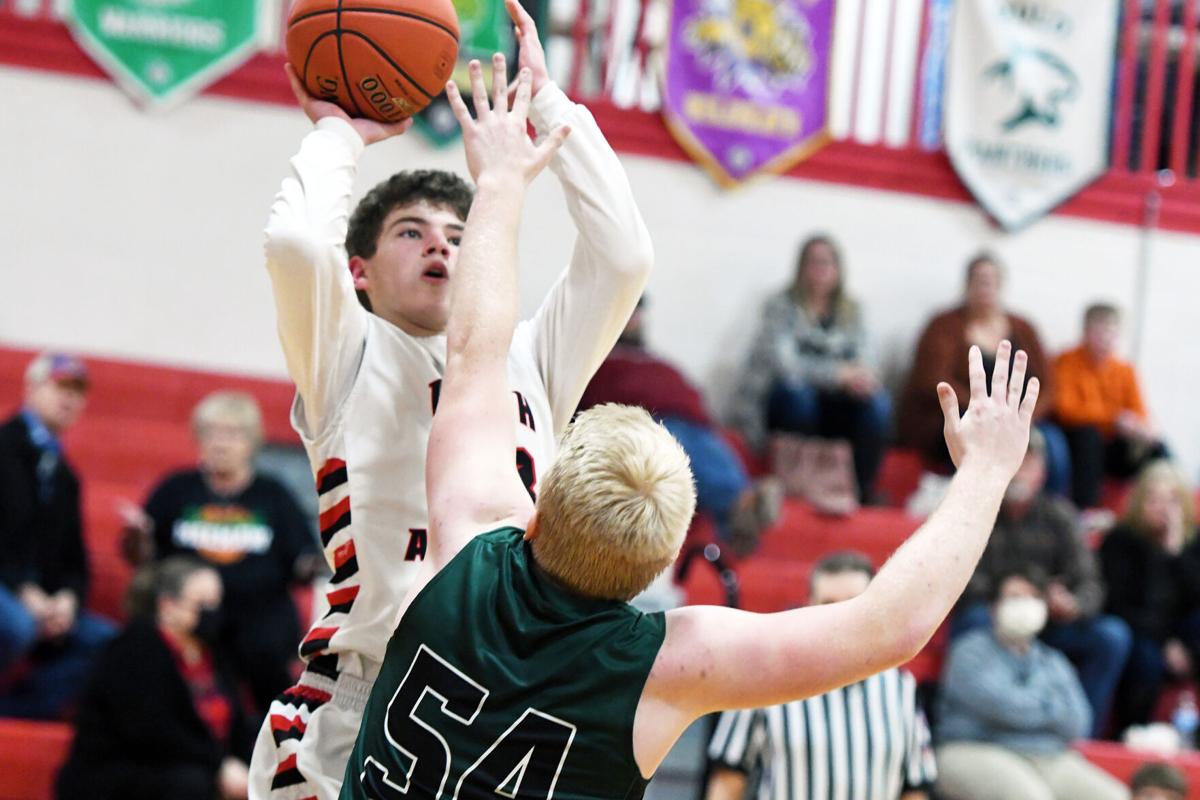 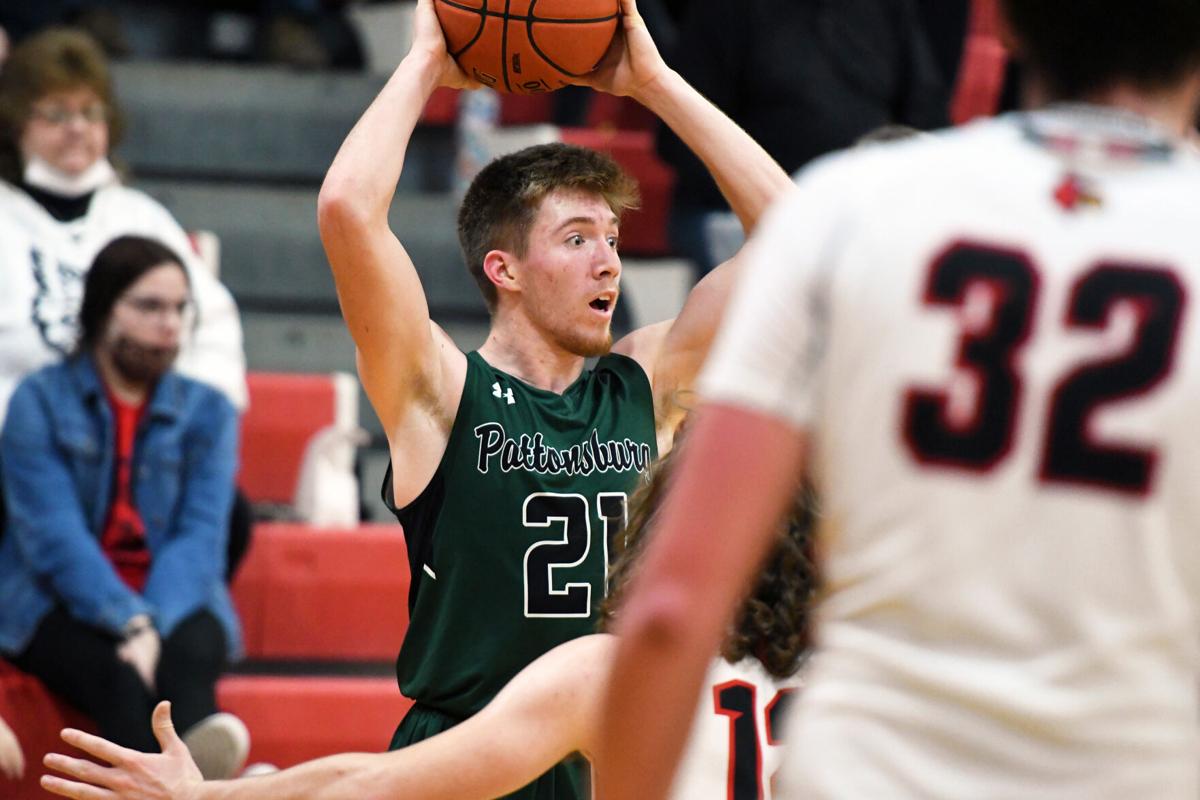 Pattonsburg guard Cameron Jones surveys the floor in the fourth quarter of his game against North Andrew on Friday at North Andrew High School. 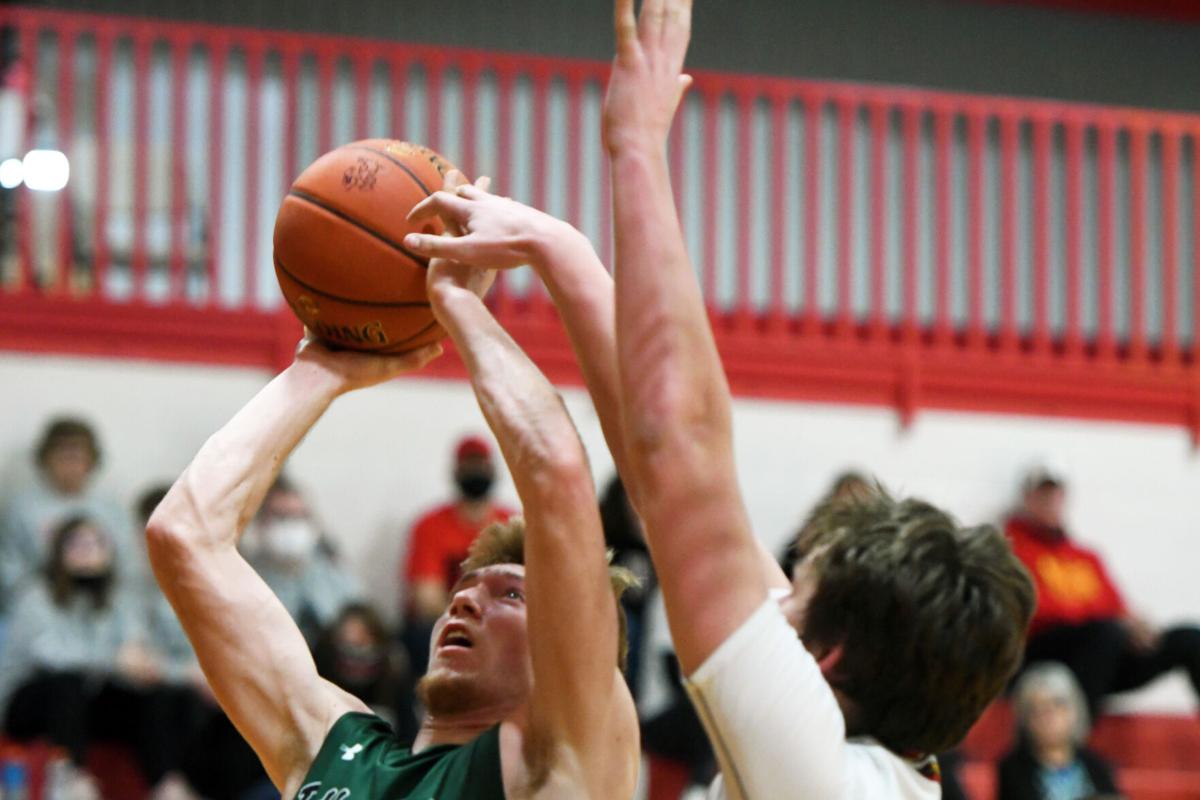 Pattonsburg guard Cameron Jones goes up for a contested shot against North Andrew forward Owen Graham during their game on Friday at North Andrew High School.

North Andrew forward Clayton Linville goes up for the layup against Pattonsburg on Friday at North Andrew High School.

Pattonsburg guard Cameron Jones surveys the floor in the fourth quarter of his game against North Andrew on Friday at North Andrew High School.

Pattonsburg guard Cameron Jones goes up for a contested shot against North Andrew forward Owen Graham during their game on Friday at North Andrew High School.

It’s become almost routine at this point, but the senior’s 33 points helped elevate the Cardinals above a high-flying and up tempo Panthers team.

McDaniel connected on six three-pointers, and scored 11 points in the first quarter to help set the tone.

“Tonight, he shot it really well,” Pattonsburg (6-4) head coach Jeff Epperly said. “They did a great job of getting him open off some screens and we didn’t do our job to stop him, and he knocked them down.”

McDaniel, of course, won’t take all the credit.

“My teammates were looking for me always, they’re so unselfish,” he said. “I just got wide open looks from my teammates.”

Though the Panthers challenged throughout, the first period belonged to North Andrew (9-3). The Cardinals’ 21-13 lead after one was imperative to keeping them one step ahead of a Pattonsburg team that could go on a run at any time, something not lost on North Andrew head coach Wade Bryson.

“They’re a team that has found a way to win a lot of close games late,” Bryson said. “They’re very athletic, they compete very hard and we knew we were gonna have to have a good start early to put ourselves in position to win late.”

North Andrew senior guard Brewer Wheeler mirrored his coach’s sentiment, saying, “It was really important. Especially in a district game, to come out with a lot of intensity.”

The Cardinals got some additional help from forward Owen Graham inside early on, and at the half they had resisted another Pattonsburg surge that had brought the deficit within two points.

North Andrew entered the locker room at the break leading the Panthers, 36-29.

But still, there was a problem they needed to figure out. Panther senior Cameron Jones had done a fair bit of damage, scoring 16 points in the opening half.

In the locker room, the Cardinals focused on defending the fast break better.

“Cameron Jones is an elite athlete. He plays super hard, and some of that stuff we just can’t really control,” Bryson said. “He made a couple of really great plays early but we just tried to focus on getting back in transition. Instead of trying to stop him one-on-one, trying to stop him as a full team, that was able to help us out in the second half.”

The Cardinals cut his scoring total in half in the final two quarters.

From there, it was just a matter of maintaining the deficit. Thanks to another 15 points from McDaniel in the second and some supporting buckets from Graham, Wheeler and senior Clayton Linville, the Cardinals extended their lead to double digits by the final buzzer.

McDaniel said the team is going to have to stick together with the toughest part of their schedule on the horizon.

“We’ve gotta keep playing together, and getting better each and every day. District time is right in front of us, we’ve just got to keep going together,” McDaniel said.

North Andrew will play in the first game of the Stanberry Tournament on Monday, while Pattonsburg competes in a tournament of its own on Monday in Osborn.