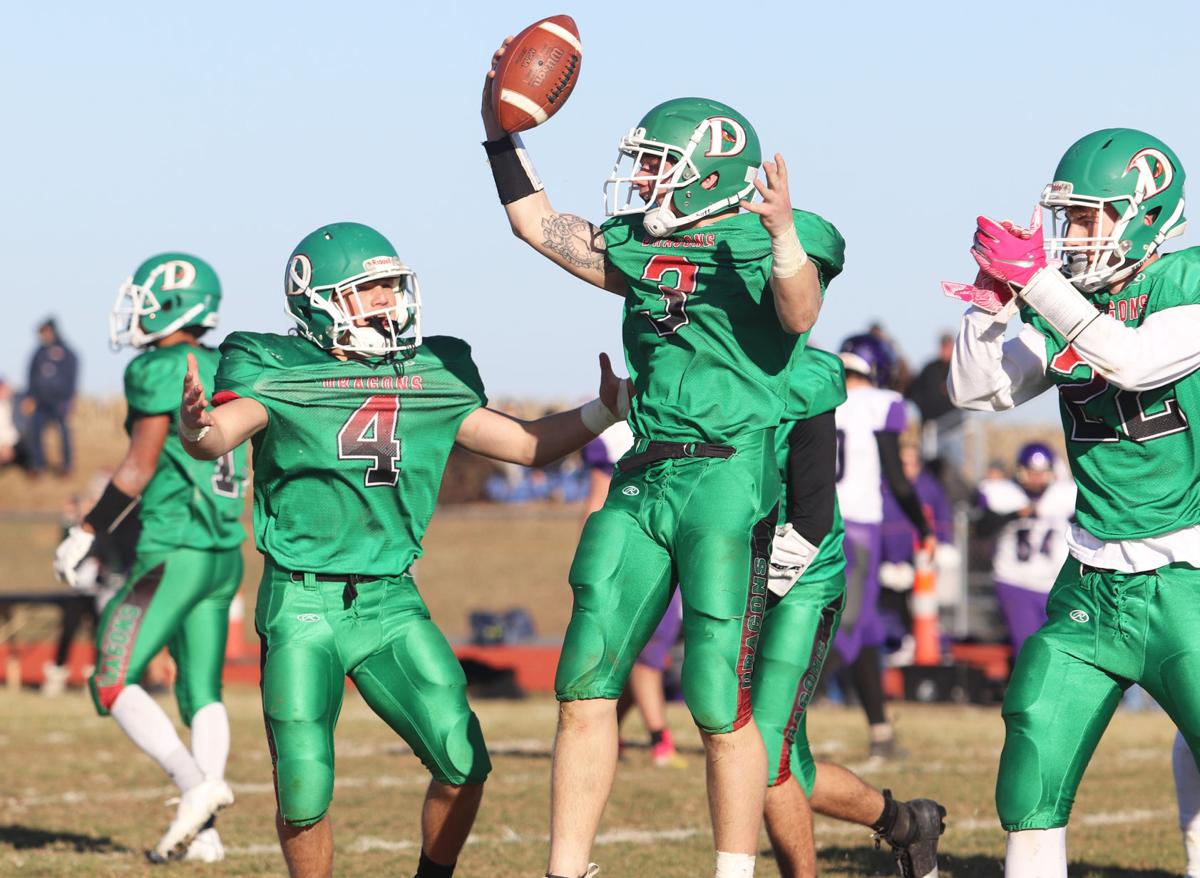 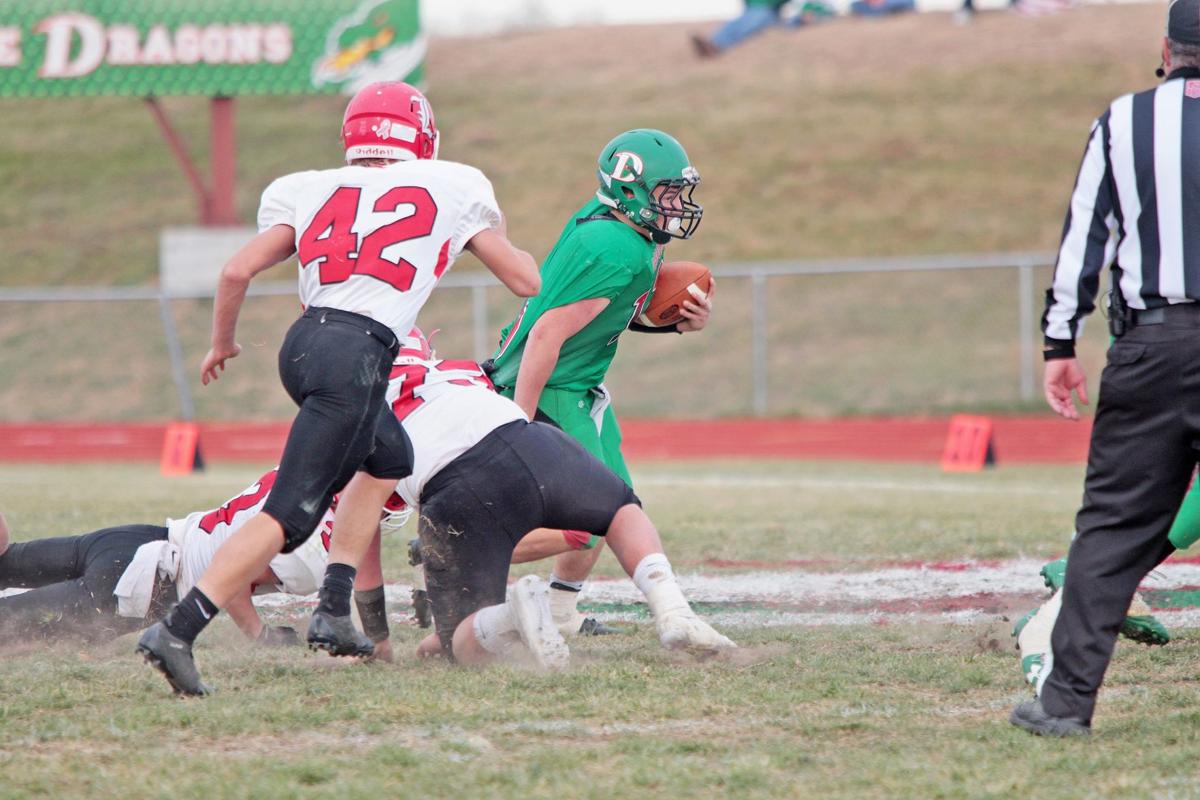 A herd of Lincoln defenders combine for a tackle of Mid-Buchanan quarterback Javan Noyes during last year’s Class 1 semifinal in Faucett, Missouri.

A herd of Lincoln defenders combine for a tackle of Mid-Buchanan quarterback Javan Noyes during last year’s Class 1 semifinal in Faucett, Missouri.

FAUCETT, Mo. — From the onset of the 2019 season, Aaron Fritz and his group of Mid-Buchanan Dragons made their goals public.

Months after a 9-5 season and Class 1 semifinal appearance, just a year removed from winning one game, the Dragons entered a new campaign with a target not only on their backs, but also on the calendar.

“We’re not afraid to talk about what we want. We’re out to fix what happened, and we’re here,” Fritz said. “Are we gonna take care of what we made a mistake with last year, or let something the same happen?”

Mid-Buchanan fell 14-13 to eventual runner-up Lincoln last year in Faucett, Missouri, coming up just shy of the team’s first trip to the state championship game. The run included the program’s first win against East Buch in more than a decade, a district title win at Wellington-Napoleon and a quarterfinal victory over Hamilton.

But the Cardinals stymied then-sophomore quarterback Javan Noyes, holding the all-state signal-caller to 22 yards rushing. His touchdown pass in the fourth pulled his team within one point, and the Dragons failed on a go-ahead two-point try. Lincoln maintained possession for nearly eight minutes to ice the game.

“We played hard and came up one play short, Noyes said. “It just makes you come back hungrier the next year, wanna finish it, not be short like we were last year. It really pushed me a lot harder probably than last year in the offseason.

“I was pretty upset. … I was also pretty proud of our team doing things we’ve never done before here.”

Since that game, the Dragons are averaging more points on fewer plays with a 12-1 record in hand. The team has also only allowed multiple scores in a game twice — once in a loss to Class 2 semifinalist Lathrop, and again in districts to East Buch and Hamilton.

Back in the same position as a year ago, the Dragons hope to forge a mentality and standard in Faucett for years to come.

“I feel like we’ve made that statement,” lineman Seth Branson said. “It’s just something that needs to be continued and carried out on and on and on.”

The week leading up to a 1 p.m. kick at Ste. Genevieve powerhouse Valle Catholic remained normal with a Thanksgiving exception, welcoming fathers to Thursday’s practice before an early morning trip more than five hours across the state a day before the game. Though there’s a level of familiarity and comfort having been in the position a season ago, Fritz has pleaded for his team to keep its edge.

“We talk about staying on the hunt and wanting to go attack things, still do what we do,” Fritz said. “We’ve had one thing thing on our mind this whole time, and it’s getting back to where we are right now.

“Now, we’ve gotta go do something with it.”