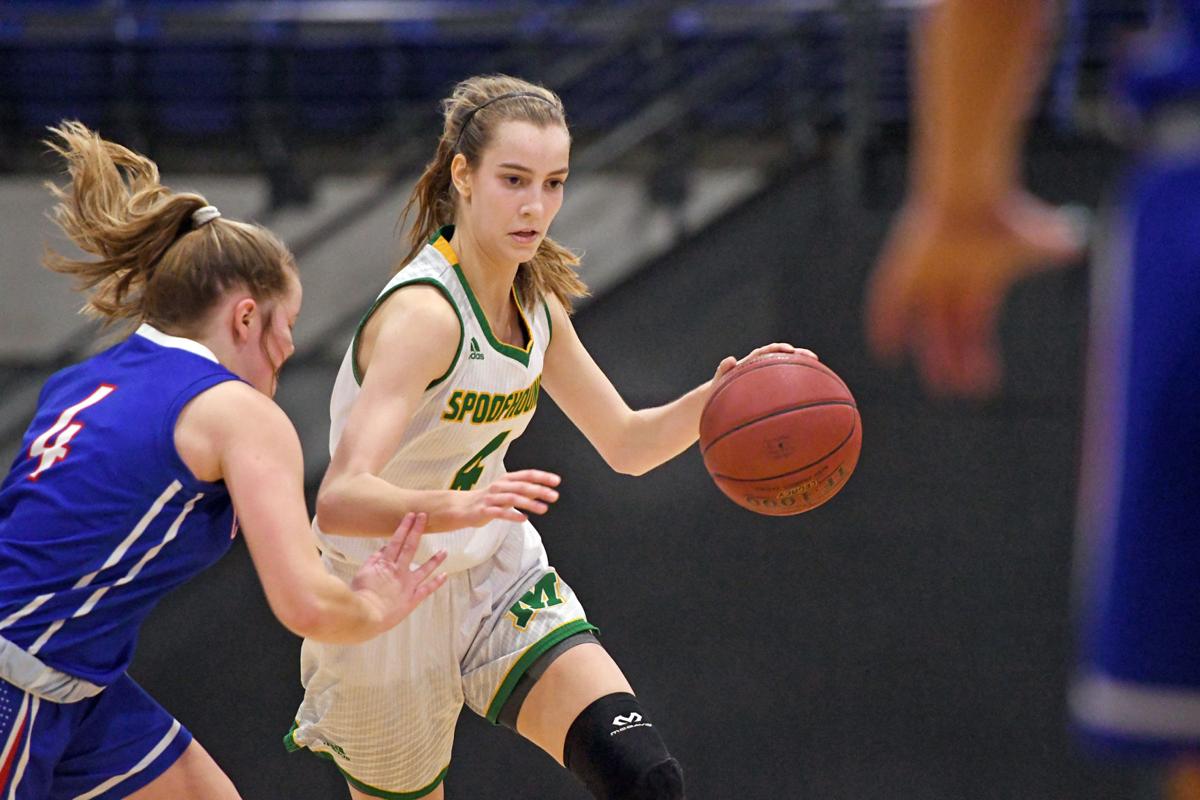 Maryville junior Serena Sundell dribbles past a California (Missouri) defender during a game at Hy-Vee Arena in Kansas City, Missouri. 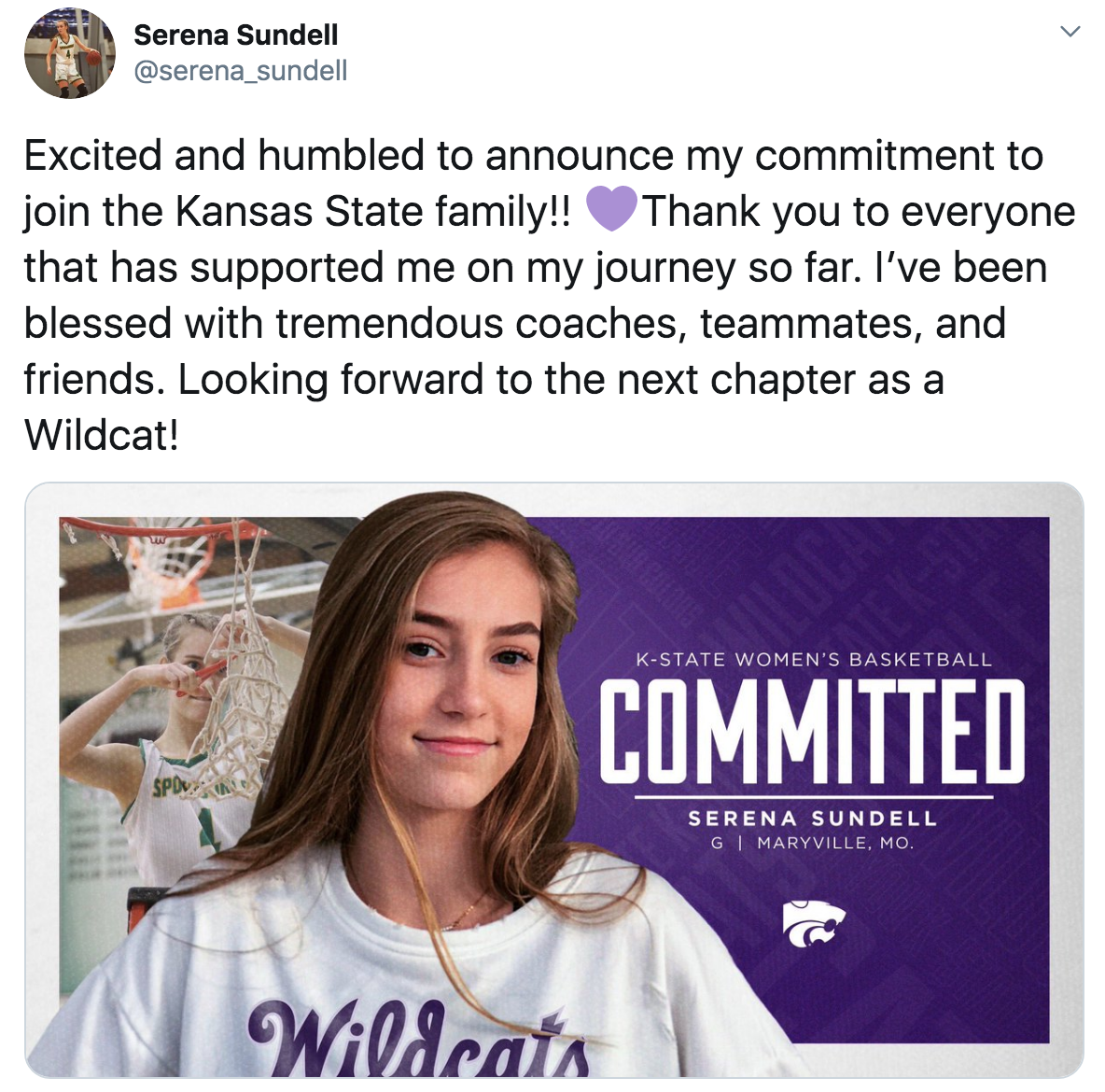 Maryville junior Serena Sundell dribbles past a California (Missouri) defender during a game at Hy-Vee Arena in Kansas City, Missouri.

For more than a year, Serena Sundell had Kansas State propaganda in her ears.

As a member of the KC Lady Run GMC 2021 squad, the Maryville standout saw her twin teammates Brylee and Jaelyn Glenn commit to the Wildcats in January 2019.

Just days after she was named the Missouri Class 3 Player of the Year, Sundell decided to join Kansas State herself, committing to play for former Missouri Western athlete-turned-coach Jeff Mittie.

Sundell had picked up more than 10 Division I offers over the last two years, from Providence to Cleveland State and beyond. She planned to use the April and May circuits to give programs one final chance to see her play, though the coronavirus pandemic ended her travel team season after one practice in March.

Still, Sundell felt destined to take herself to Manhattan, Kansas, a town that bleeds purple for Kansas State and reminds her of home.

“Manhattan is a great town. It’s like Maryville, just on steroids,” Sundell said with a laugh. “Growing up at Northwest (Missouri State), having a whole town surrounded around the college, that’s something I was looking for.”

Among her final choices were Kansas State, Missouri State, Colorado State and Butler before deciding to join the Big 12. Kansas State was among the first schools to pursue Sundell and has been competitive in a strong women’s league, advancing to three NCAA tournaments in the last five years.

The recruitment process brought Sundell all over the country and provided memories that she’ll hold on to as she looks to make an impact at the next level.

“Last summer was the biggest summer for me. This one would’ve been big, too, but last summer is when coaches really started to reach out to me and start making relationships with me,” Sundell said, noting the help of her parents in setting up visits and navigating the process.

“I never really imagined it would get as far as Providence. I was hoping to have some choices, but it was probably bigger than I expected. To have it so far away was pretty awakening for me.”

Sundell will join Mittie, who led Missouri Western to two Elite Eight appearances in three years in the 1990s. He was named the head coach at Kansas State in 2014 and even played against Sundell’s father, Bob, in the MIAA.

“He knew about Maryville and this town and the high schools. He also played at Missouri Western when my dad played at Northwest, which is really neat,” Sundell said. “They’ve kinda connected over that. Having that automatic connection is cool.”

While she tries to add on strength by lifting weights at home and keep her game sharp in the driveway, she hopes to build her game to more than athleticism in a 6-foot-1 frame, working on her moves as a guard.

She’ll get two chances to defend district titles in volleyball and basketball before moving on to Manhattan. And now, Maryville’s all-time leading scorer has the stress of the future lifted off her shoulders.

“It’s gonna be really fun already knowing where I’m gonna go. It’s a pretty cool position to be in, not having to worry about that, stress free,” Sundell said.

“It’s gonna make things a lot easier, and it’s gonna be a lot of fun.”