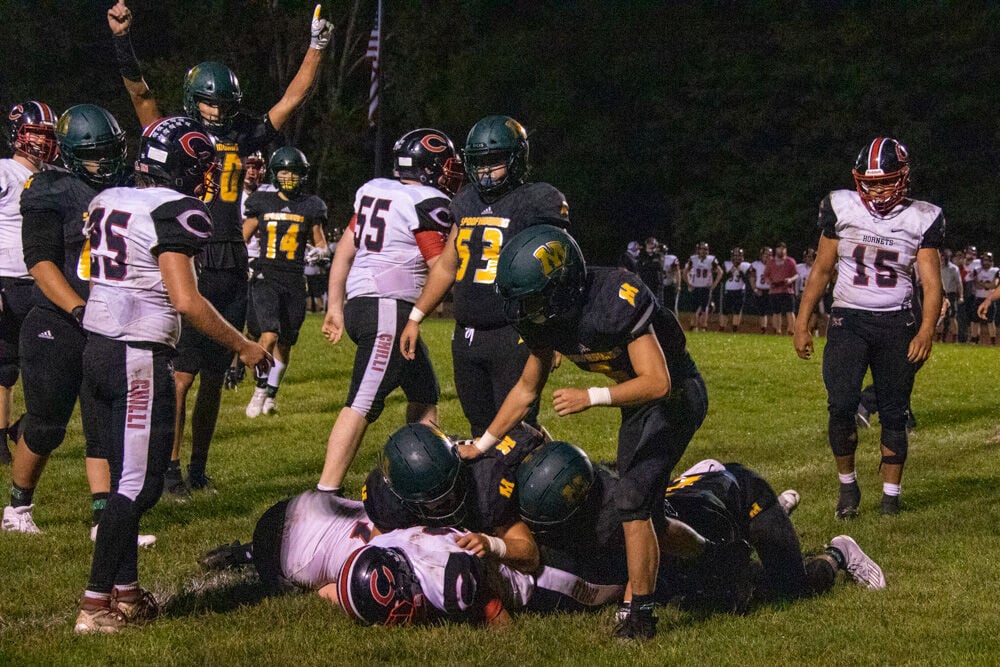 Marvyille and Chillicothe players battled for the ball on the ground Friday at the Hound Pound. 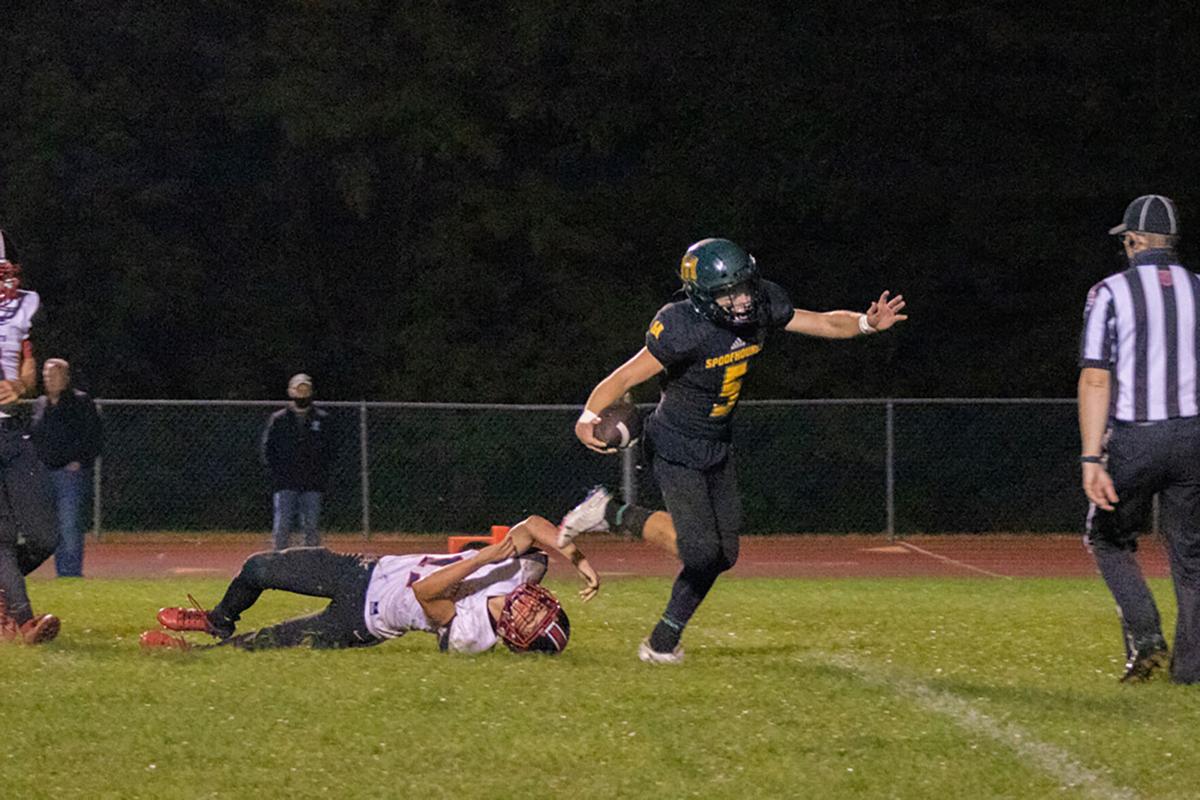 Maryville senior running back Trey Houchin runs past a Chillicothe defender on Friday at the Hound Pound.

Marvyille and Chillicothe players battled for the ball on the ground Friday at the Hound Pound.

Maryville senior running back Trey Houchin runs past a Chillicothe defender on Friday at the Hound Pound.

MARYVILLE, Mo. — The limited fans at the Week 3 matchup between Maryville football and Chillicothe saw a different version of the Spoofhounds than they did in the 42-40 Week 3 win over Harrisonville.

Spoofhounds senior running back Connor Weiss missed the first two weeks of the season due to COVID-19 related issues. In his return, Weiss tallied 138 and two touchdowns rushing on eight carries.

Weiss added a 23-yard score receiving as well when junior quarterback Connor Drake connected with him on a screen, one that saw Weiss weave through the Hornets’ defense and into the end zone.

“It’s great to be back out here and play with my brothers,” Weiss said. “We came out here and dominated — that’s Spoofhound football.”

“It’s an amazing feeling,” Maryville senior running back Trey Houchin said about Weiss’s return. “I’ve played with this guy since third grade. Seeing him out there for the first time since quarantine, it’s heartwarming.”

Houchin added 89 yards rushing on 10 attempts, including a 19-yard carry to put Maryville ahead 35-7 with 10:22 left in the third quarter. In addition, Houchin’s efforts on the receiving end were good enough for a touchdown in the early going of the second quarter, one that gave the ’Hounds their first lead of the game.

Weiss and Houchin play as much offense as they do defense. Webb said that Houchin was visibly exhausted at points in the Week 2 matchup with Harrisonville. The return of numerous players, but especially Weiss, made things easier on both sides of the ball.

And the same duo that coupled for five total touchdowns in the game is the same duo that was on the field for Chillicothe’s first drive of the game. The Hornets got the ball first, which resulted in a 70-yard scoring drive that didn’t finish until there was 2:31 left in the first quarter.

“We didn’t panic,” Webb said about the defense. “It really goes to show that when you play a flexbone offense — you can do all the scout team stuff you want to do throughout the week — but it’s just different. … I think we learned.”

After Chillicothe’s initial drive of the game, Maryville scored 62 unanswered points. With the win, Maryville’s quest for another MEC championship is in sight. The result of Webb’s goal for starting conference play with two wins will be hanging in the balance until Maryville travels to play St. Pius X next Friday.

“Chillicothe is a big rival, that was a big win,” Webb said. “We’ll have our hands full down in St. Pius next week.”

A Taste of Summer This Week