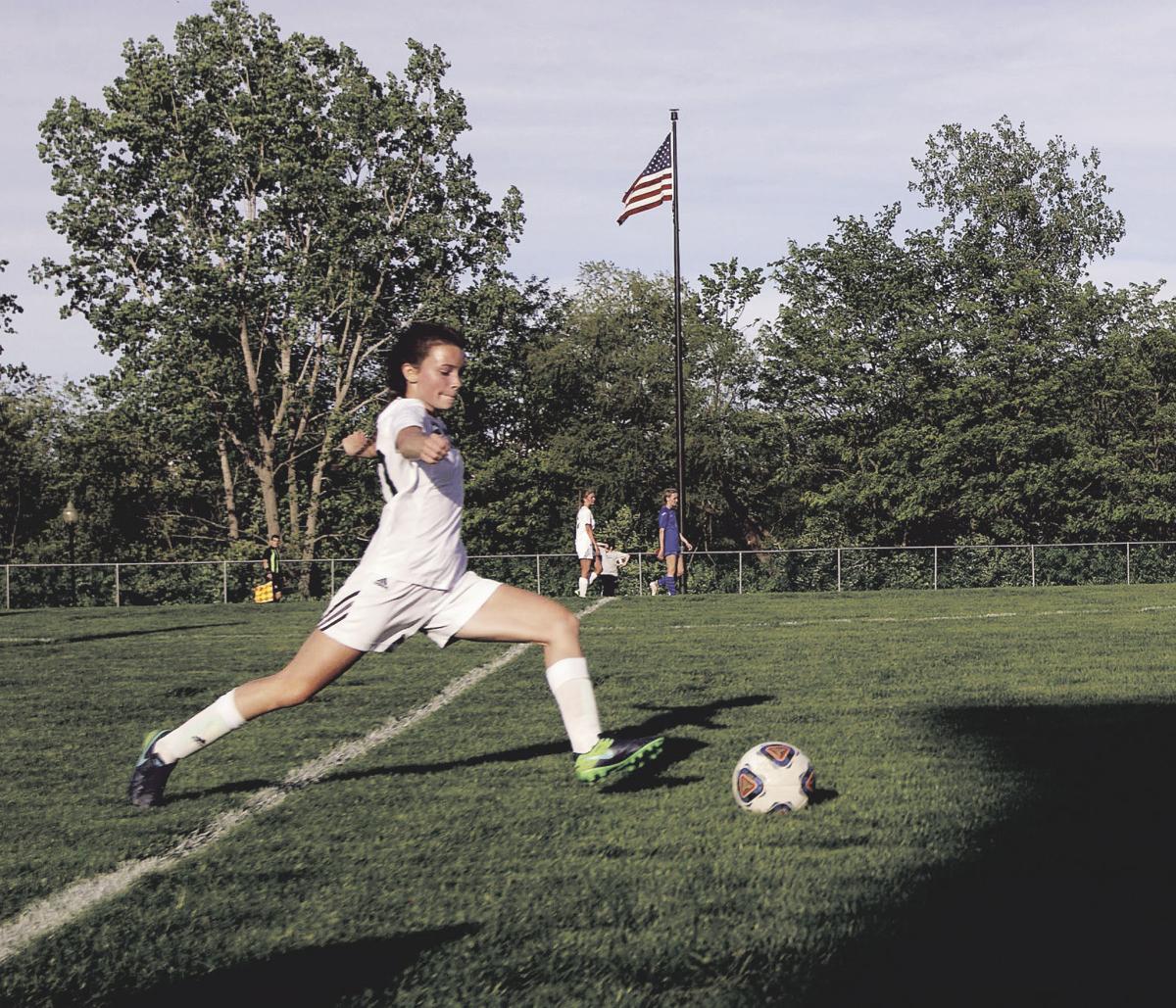 Sophomore Blake Springer kicks the ball across field in the first half. 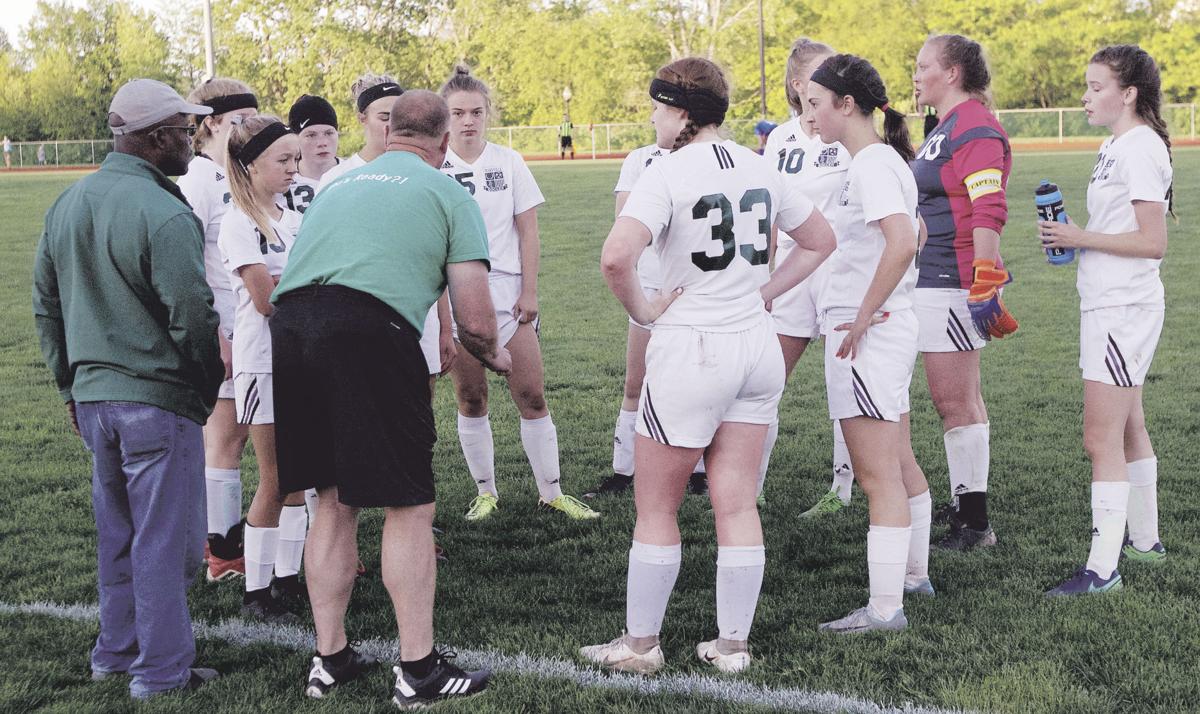 Coach Dale Reuter talks to his team on the sideline in the final minutes of the Class 2 State Quarterfinals game.

Sophomore Blake Springer kicks the ball across field in the first half.

Coach Dale Reuter talks to his team on the sideline in the final minutes of the Class 2 State Quarterfinals game.

Maryville’s girls soccer season came to an end Wednesday night as they were defeated by Pembroke Hill in the Class 2 State Quarterfinals, by a score of 2-1.

The Spoofhounds finished the season with a 14-7 record, as the 11-8 Raiders move on to the State Semifinals to play the winner of Visitation Academy and Southern Boone. Maryville took a lead early in the first half, as junior Piper Zarbano scored her second goal of the season at the 29:47 mark. This gave Maryville a 1-0 lead going into the break.

“We played a really good first half,” Coach Dale Reuter said. “I though we were settling in and playing well. We talked a little at halftime about how it will take 40 minutes to win this game because this is the quarterfinal game, and nobody is going to quit.”

Although Coach Reuter was pleased with how his team played early on, the second half was a different story. Pembroke Hill scored back-to-back goals in under 30 seconds. Junior Abigail Long scored at 37:50, and was quickly followed by senior teammate Olivia Sabates at 35:29.

“They came out early in the second half and fought hard. Unfortunately, we were unable to do that on the defensive side of the ball. It was all on us, and we knew that, we had our shots and we had our opportunities. That’s really what this game is all about, having a great opportunity to play in a game like this here in Maryville,” Reuter said.

While the season is over, the Spoofhounds had a better postseason run than the past couple of years. They lost in sectionals to St. Pius X each of the past two seasons.

“It’s pretty honoring to be here,” junior goalkeeper Laney Graham said. “As long as I’ve been in high school, we haven’t been able to get passed sectionals. We have really grown as a team this year and I think it really shows.”

With a loss so close to the State Semifinals and State Championship, Maryville is looking to use this as a learning point for next year. Although they are losing five seniors, they have a lot of returners to try and finish what they started.

“We are going to move forward and learn what these mistakes are. We are not done by any means, we are just one step closer to our dream,” Reuter said.

The season was full of injuries from a variety of players for Maryville. However, they were still able to fight through the adversity with a winning record and postseason push.

“I think it just shows for our character, we are not going to give up. We have girls on our bench who fight for that spot and they have shown that they can step it up. Every year it seems like the freshman class is better and better and that makes the seniors and upperclassmen work even harder to keep their spot,” Graham said.

The friendly team atmosphere was a big factor on the success for the Spoofhounds’ this season. Being able to bond helped them come together on the field and win time and time again.

“Everybody is just always so uplifting to one another and makes us all more confident,” junior defender Piper Zarbano said. “This team is just so motivating, and we came together as a team, and we are like one big family.”