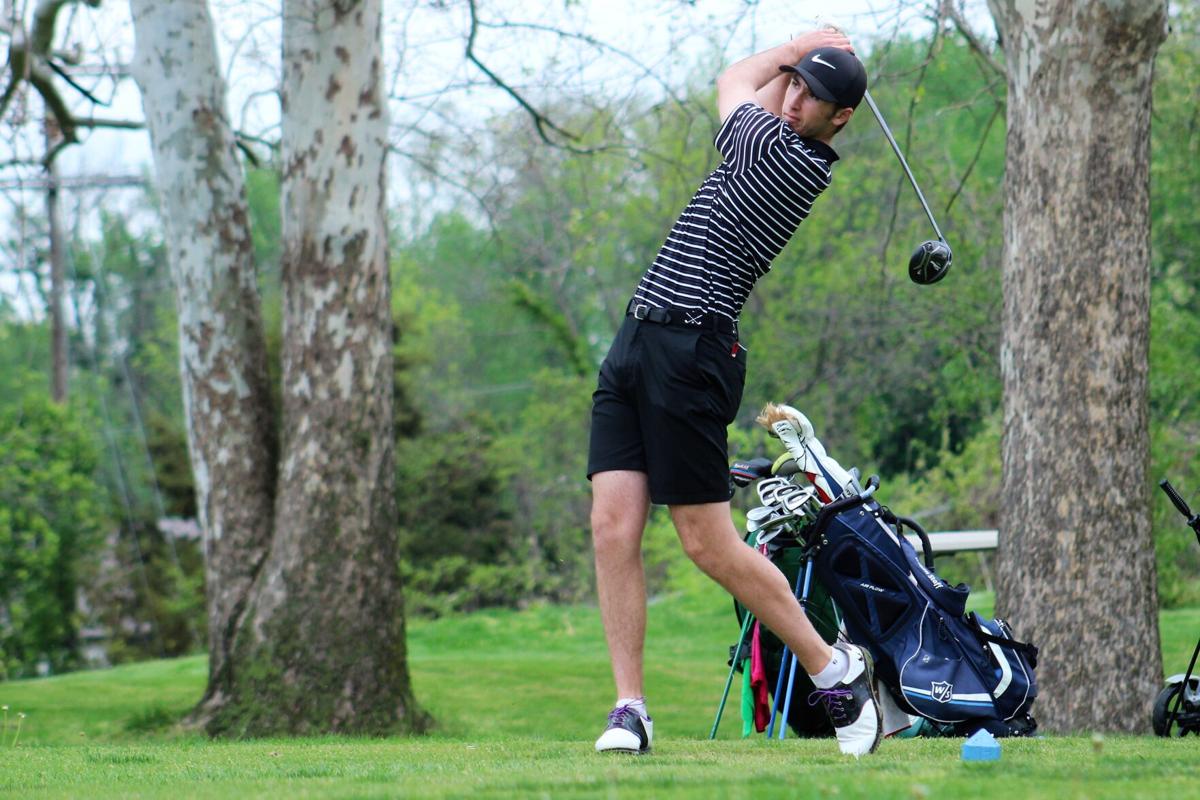 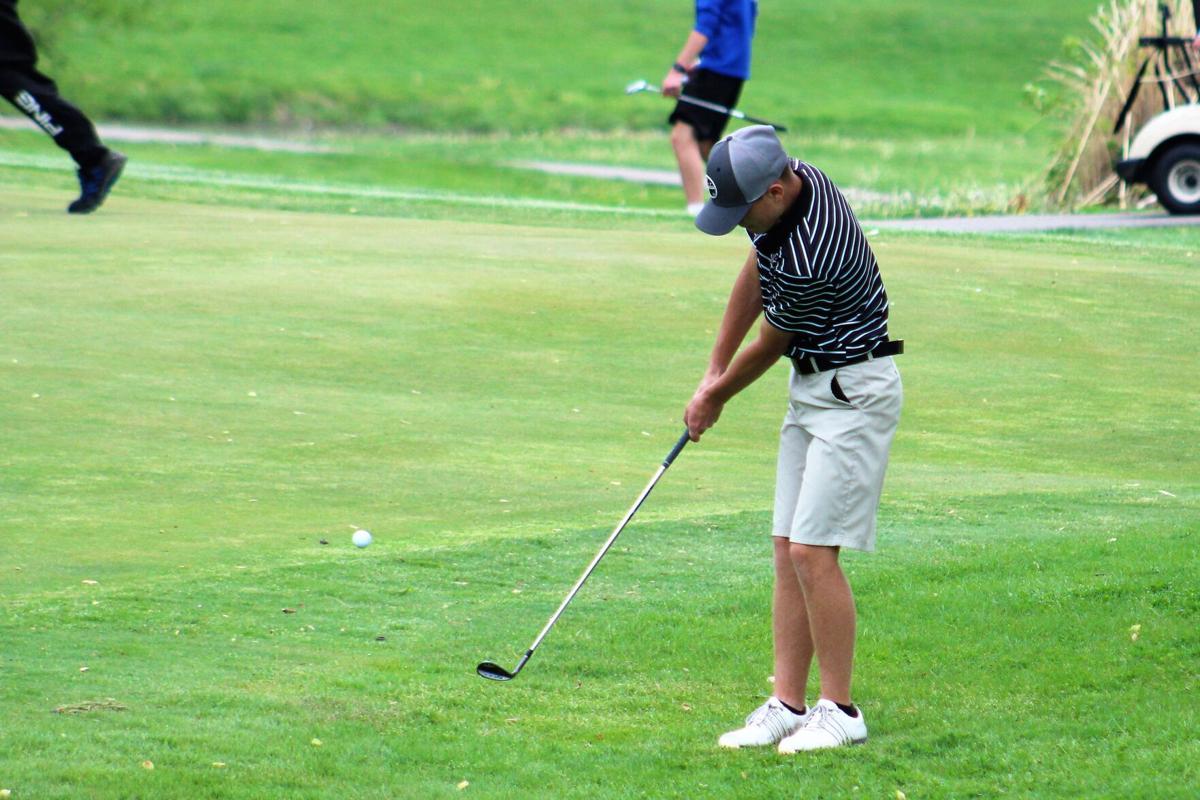 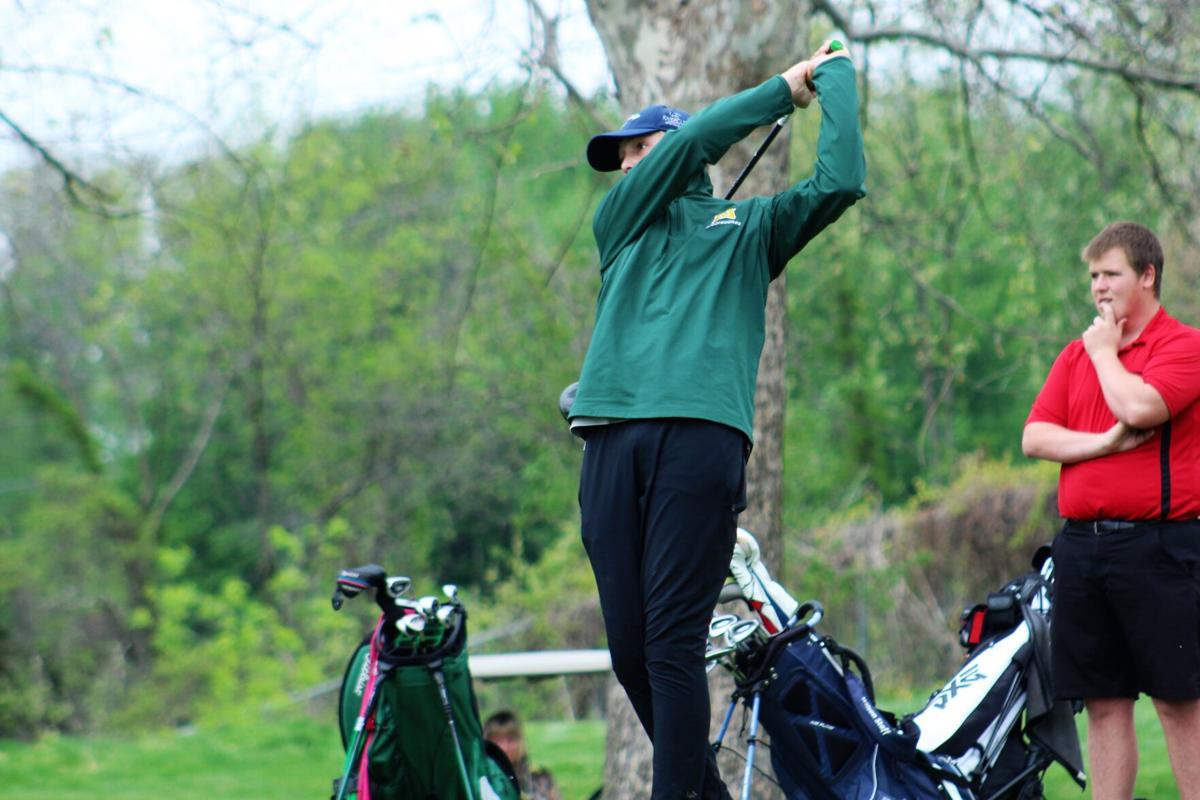 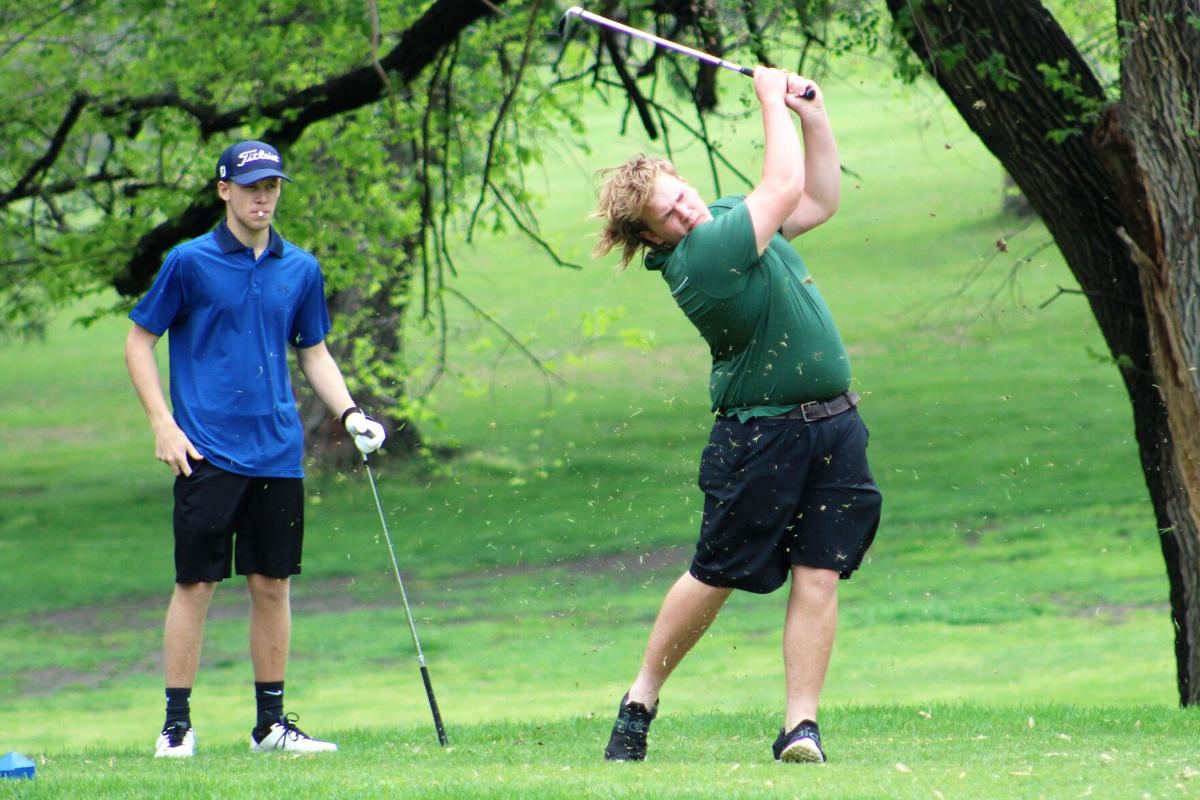 A Lafayette golfer drives the ball Monday at Fairview. 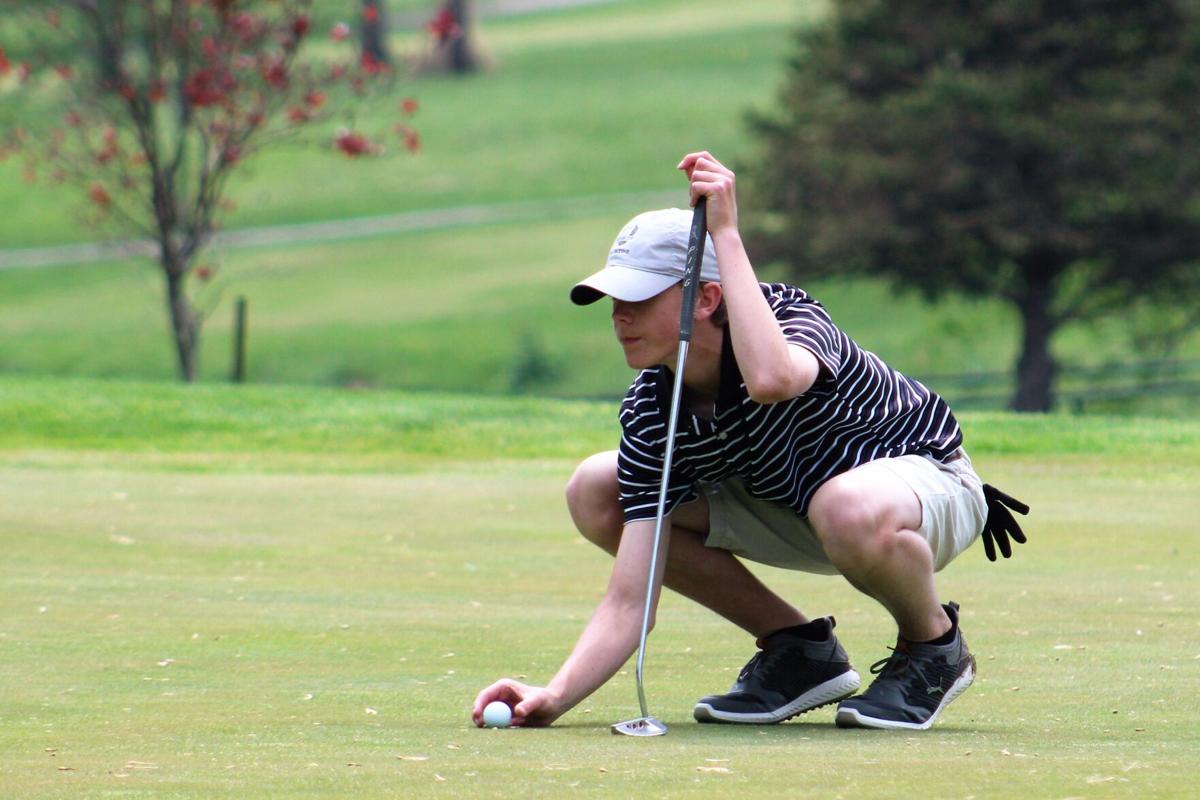 A Bishop LeBlond golfer lines up a putt Monday at Fairview Golf Course. 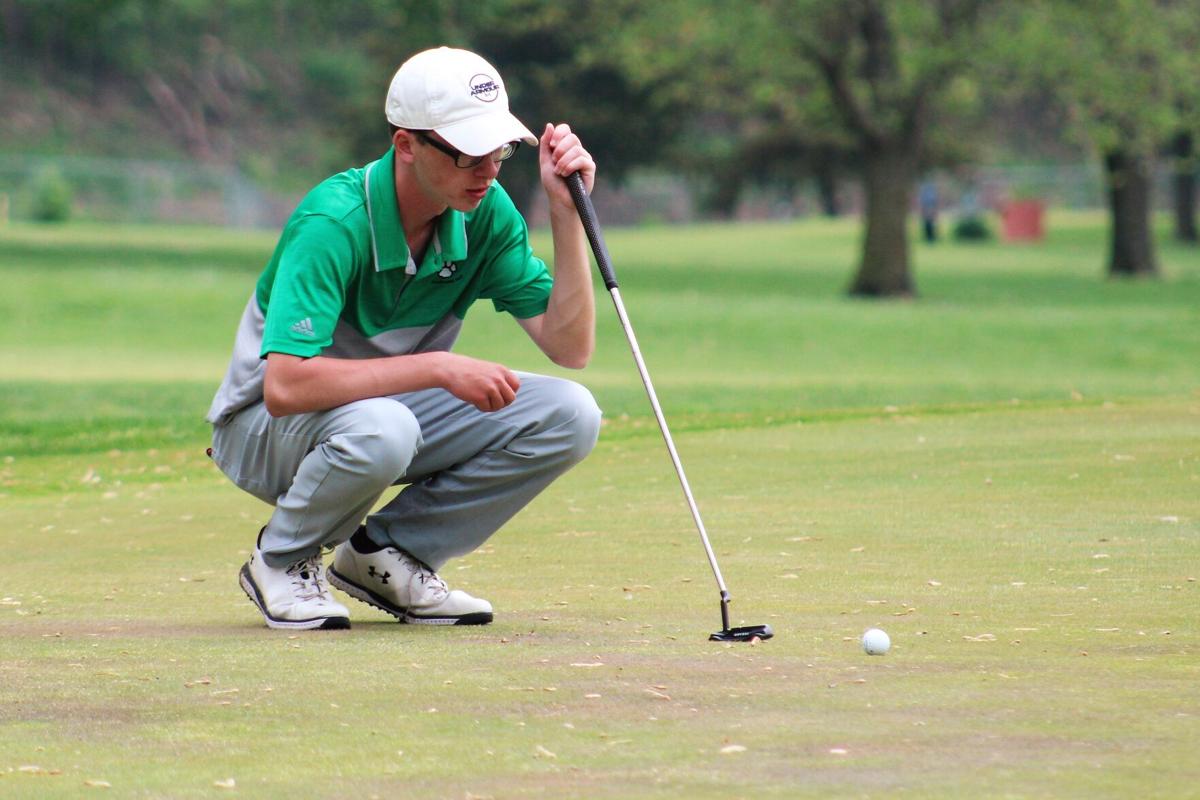 A Maryville golfer lines up a putt Monday at Fairview Golf Course. 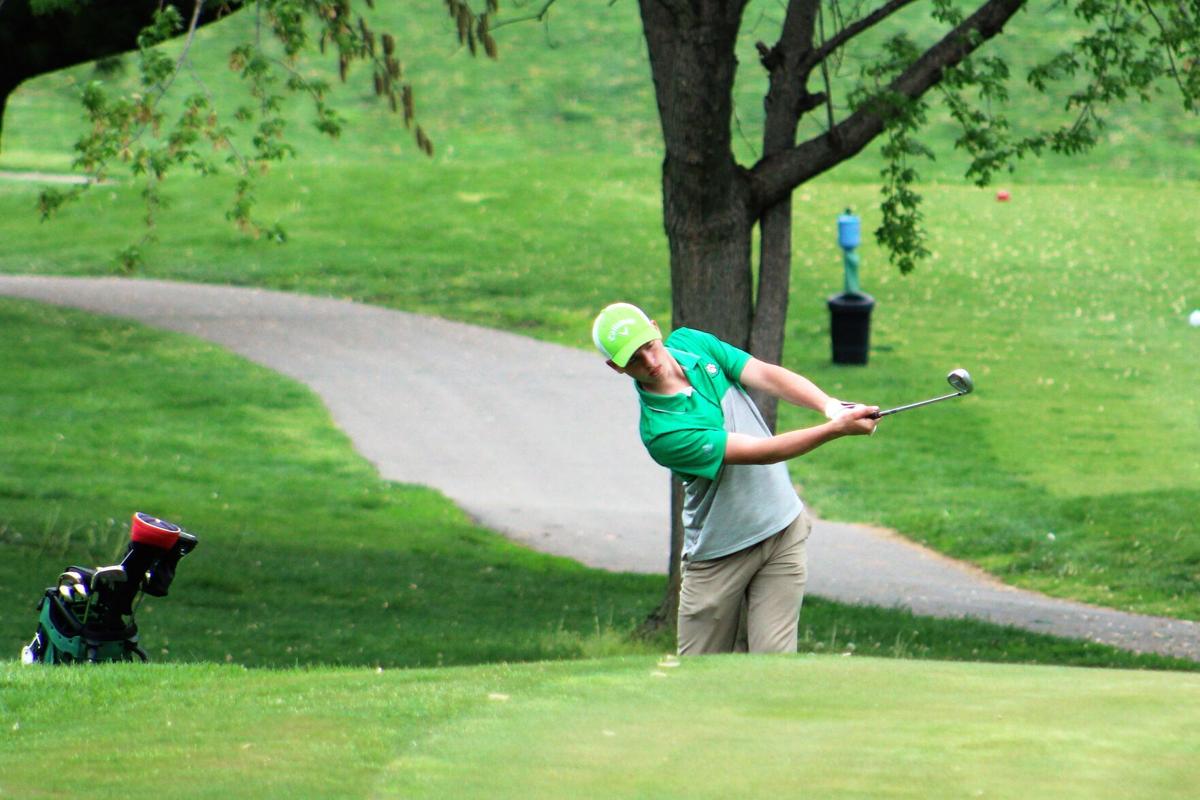 A Maryville golfer chips in front of the green Monday at Fairview Golf Course.

A Lafayette golfer drives the ball Monday at Fairview.

A Bishop LeBlond golfer lines up a putt Monday at Fairview Golf Course.

A Maryville golfer lines up a putt Monday at Fairview Golf Course.

A Maryville golfer chips in front of the green Monday at Fairview Golf Course.

The Bishop LeBlond Golden Eagles won their third-straight MEC Championship on Monday afternoon at Fairview Golf Course. The Eagles have won seven of the last eight tournaments and won Monday’s tournament by 44 strokes over second-place Maryville.

“It probably wasn’t the greatest performance of the year,” LeBlond coach Mitchell Girres said. “There were some tough conditions and then you start, you stop, you start. Then it’s raining, it’s cold, it’s windy.

It was another tournament with another Johnston ending the day at the top of the leaderboard. Senior Jeff Johnston shot a 41 on the front nine and a 34 on the back to finish three strokes ahead of second place.

“He’s been our workhorse and just that steady, senior leadership guy,” Girres said. “He’s going to give us pretty consistent scores every time out. ... I’m just fortunate to get to be a part of it and watch him play.”

Sophomore Sam Schoeberl finished second with a 39 on the front and back nine for a 78.

“He’s just solid and he’s been really solid for us all year,” Girres said.

The Eagles finished first as a team with an average score of 80. Tim Johnston finished with the team’s highest score of 84, giving the freshman the sixth-best score amongst the field.

The Maryville Spoofhounds finished second in the tournament with a score of 359.

“The rain delay really made it a tough day,” Maryville coach Brenda Ricks said. “They were soaking wet and going out and starting again really three them for a loop, but I’m very pleased.”

The Spoofhounds were led by freshman Jacob Scott’s score of 82. Junior Trevin Cunningham shot an 85 and Ethan Scott finished third on the team with a 90.

“This is really going to give us a boost (next week),” Jacob Scott said. “On paper, it may not look like we have a chance, but what can we do two or three years from now.”

The Savannah Savages finished in third place with a score of 362. The Lafayette Fighting Irish finished with a team score of 382.

Maryville and LeBlond are amongst the schools who will be back at Fairview next Monday for the Class 3 District 4 tournament.

“Even though we’re close and played this before, we’re still going to come down for a practice round on Sunday for Districts,” Ricks said. “I told my mothers that I’m sorry, but I need your boys on Mother’s Day.”

No increases for sewer rates

Bearcats to take part in one last meet before nationals