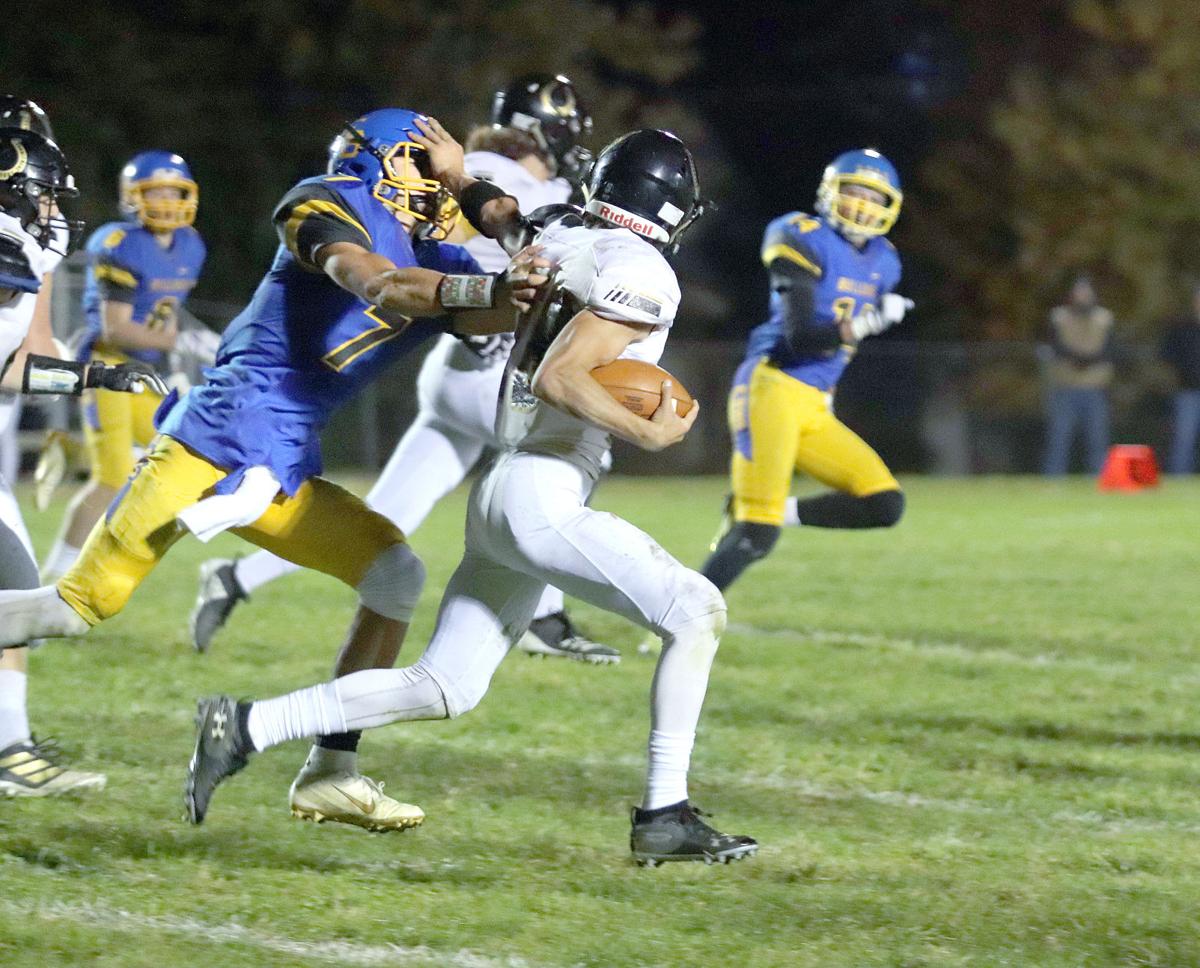 Lathrop running back Tyler Paul stiff-arms East Buchanan’s Tucker White on his way to a touchdown run in Gower, Missouri. 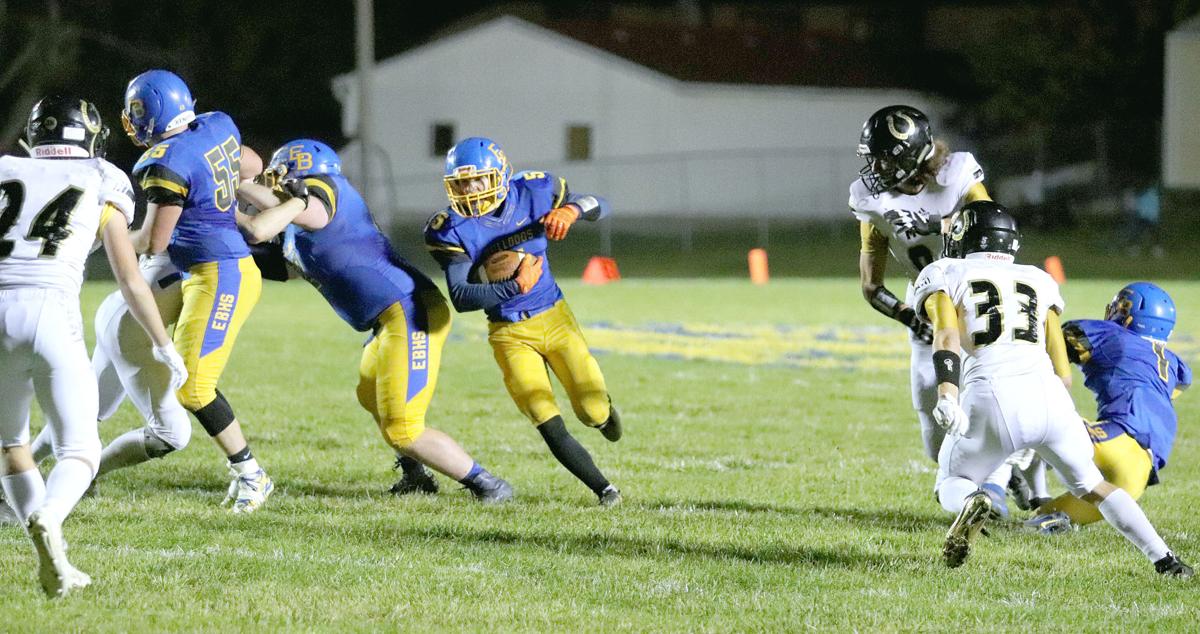 Lathrop running back Tyler Paul stiff-arms East Buchanan’s Tucker White on his way to a touchdown run in Gower, Missouri.

GOWER, Mo. — The Lathrop Mules capped off a perfect regular season for the second consecutive year with a 56-12 win against East Buchanan Friday night in Gower, Missouri.

Lathrop (9-0) wasted no time scoring as quarterback Blake Gordon threw a 49-yard touchdown pass to running back Tyler Paul on the first play of the game.

East Buchanan (3-6) was able to answer back with a long drive, capped with a 4-yard touchdown pass from Tucker White to Owen Fortney. The two-point conversion failed, making it 7-6.

The Bulldogs then recovered an onside kick and were in position to take the lead against the Mules, but the drive would stall due to an intentional grounding call, and the Bulldogs were unable to score.

“You know coming into this game that we were playing against a very good team,” Bryan said “We played with emotion, we played with energy, we got after it, we had some opportunities to take the lead. We just didn’t capitalize on that. Like any good team, they are going to make you pay for not capitalizing on that.”

Lathrop took full advantage of the mishaps by East Buchanan as would go on to score 27 unanswered points and go into the half up 34-6.

The most exciting play of the game came by Paul, who broke an 82-yard touchdown run that saw him shed multiple tacklers and a stiff-arm a pair of defenders.

Paul, who scored three rushing touchdowns to go with his one receiving score, said it starts up front with the offensive line.

“Our offensive line, they get things down,” Paul said. “We only miss a couple things every now and then, but we just keep our heads up. We all enjoy it, the excitement when we score. It’s just awesome.”

Lathrop would continue to pour it on in the second half with three more touchdowns in the third quarter and putting the game out of reach.

While the final score was in the Mules favor, head coach Chris Holt knows his team can be even better and that they need to get off to better starts.

“We had a slow start,” Holt said. “Defensively we gave up too many first downs. The coaches knew it, they were mad but it was fundamental things, basic football stuff. We were watching guards pull and running through holes where guards use to be. Very uncharacteristic of us.”

Lathrop will look to tighten things up before they start Districts next week. The Mules will be the No. 2 seed and host Trenton, who they beat 42-14 back in the first week of the season.

The expectations are high for this team and after losing in the Class 2 title game a season ago. Holt laid out the goals for his team.

“We want to get back to Columbia, there’s no doubt,” Holt said. “We know there’s some good football teams in our way, but we’re not going to sit here and say one game at a time, heck no. We know where we want to go, our kids know what’s in front of them. We aren’t scared, we just have to play. If we get beat, we get beat.”

East Buchanan will be the No. 5 seed in Class 1 District 7 due to tiebreaker and travel to No. 4 North Platte.