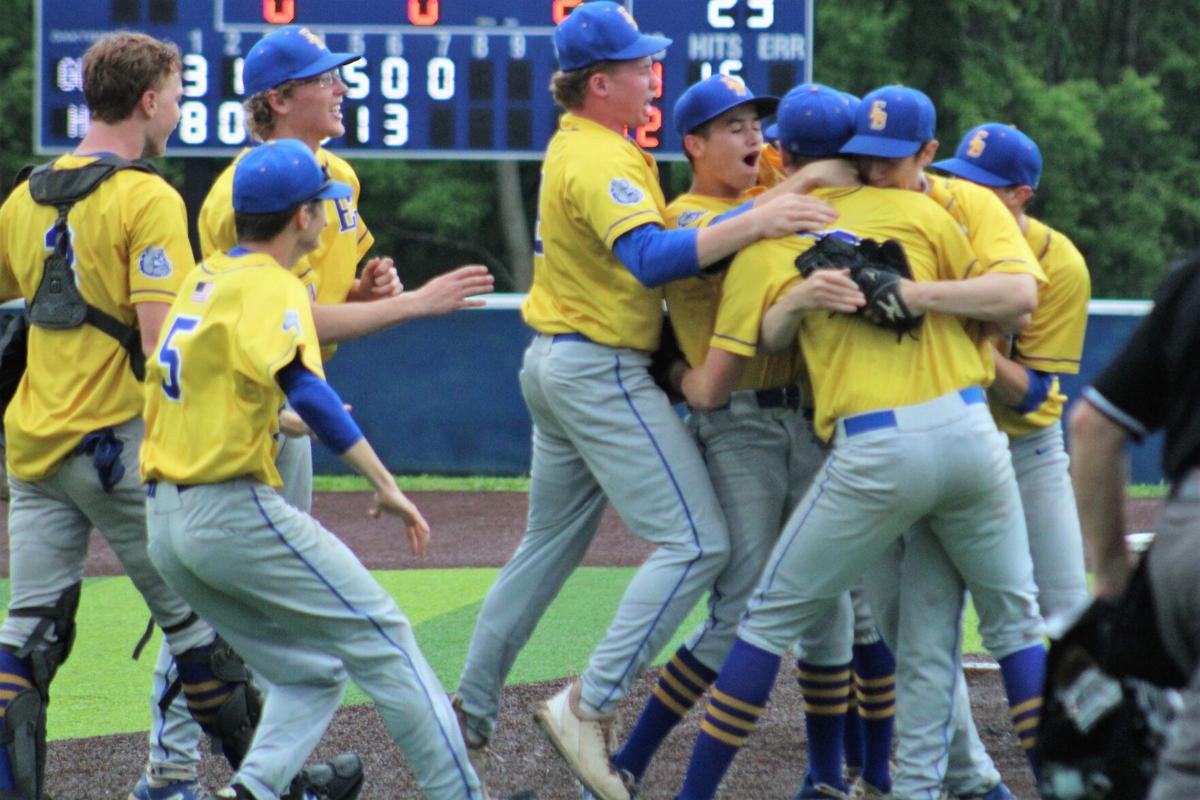 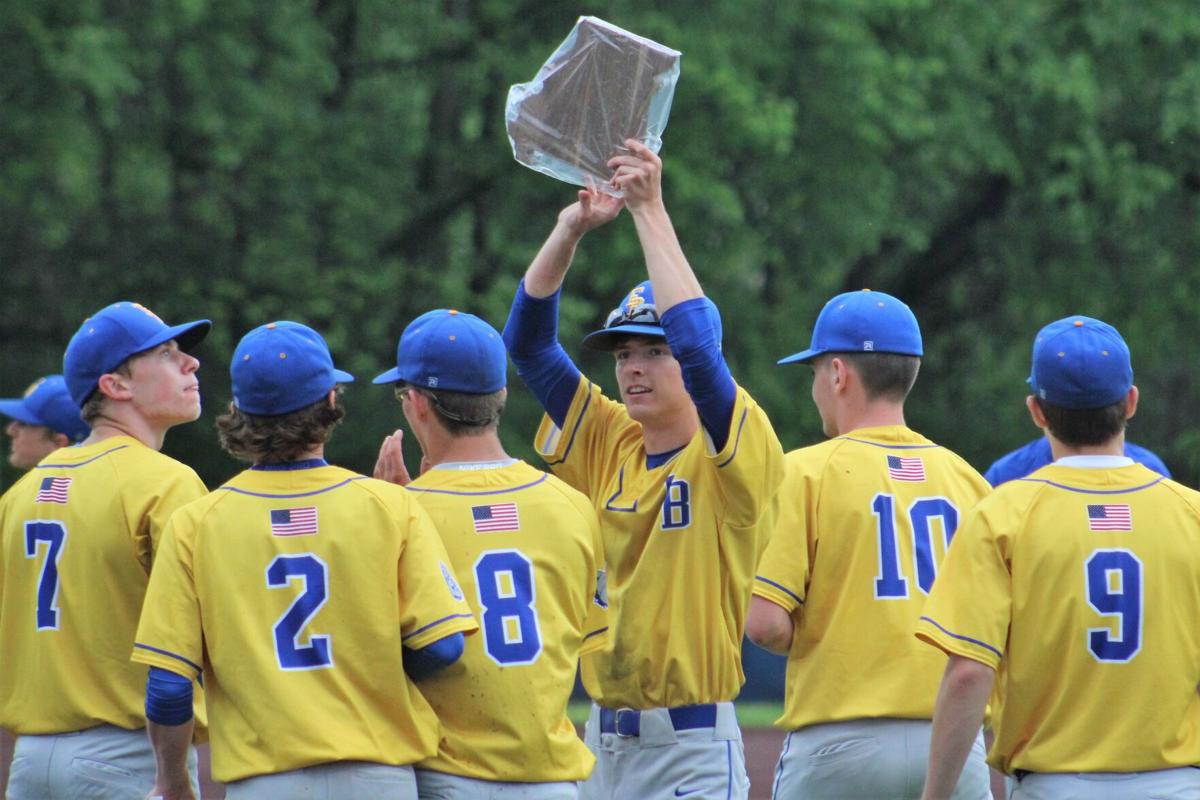 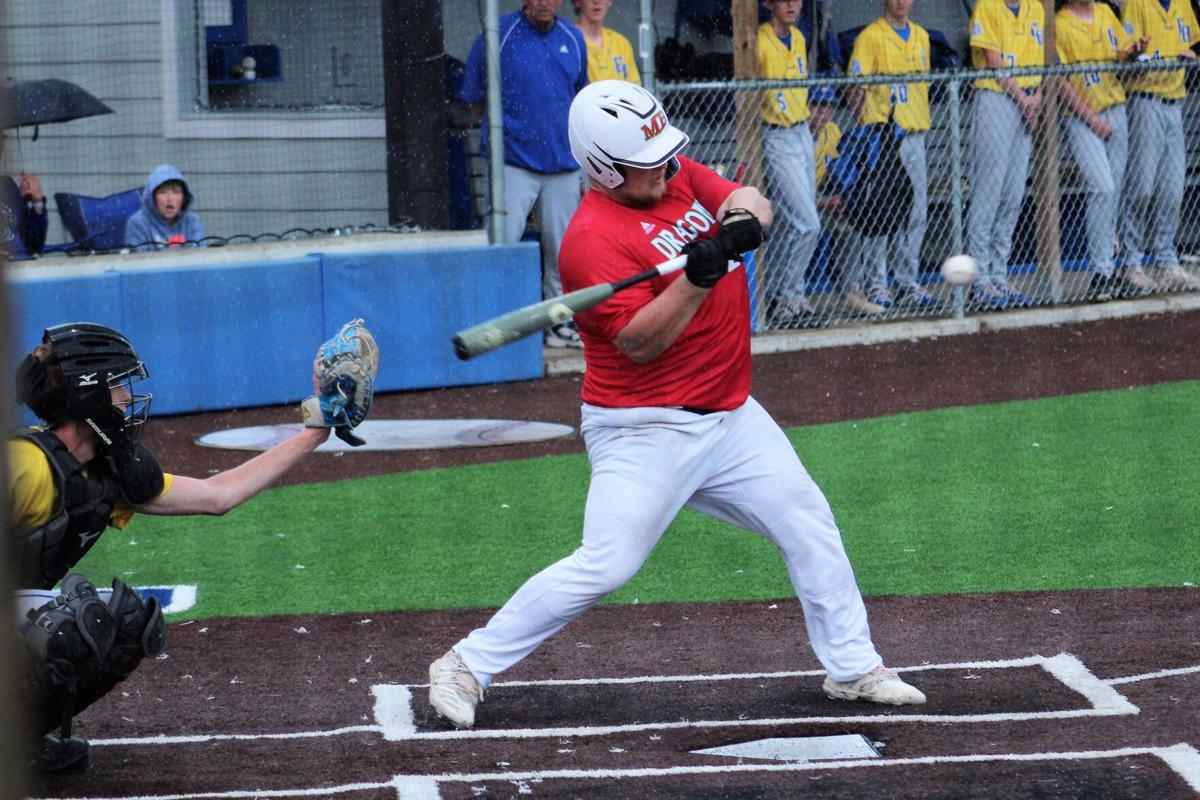 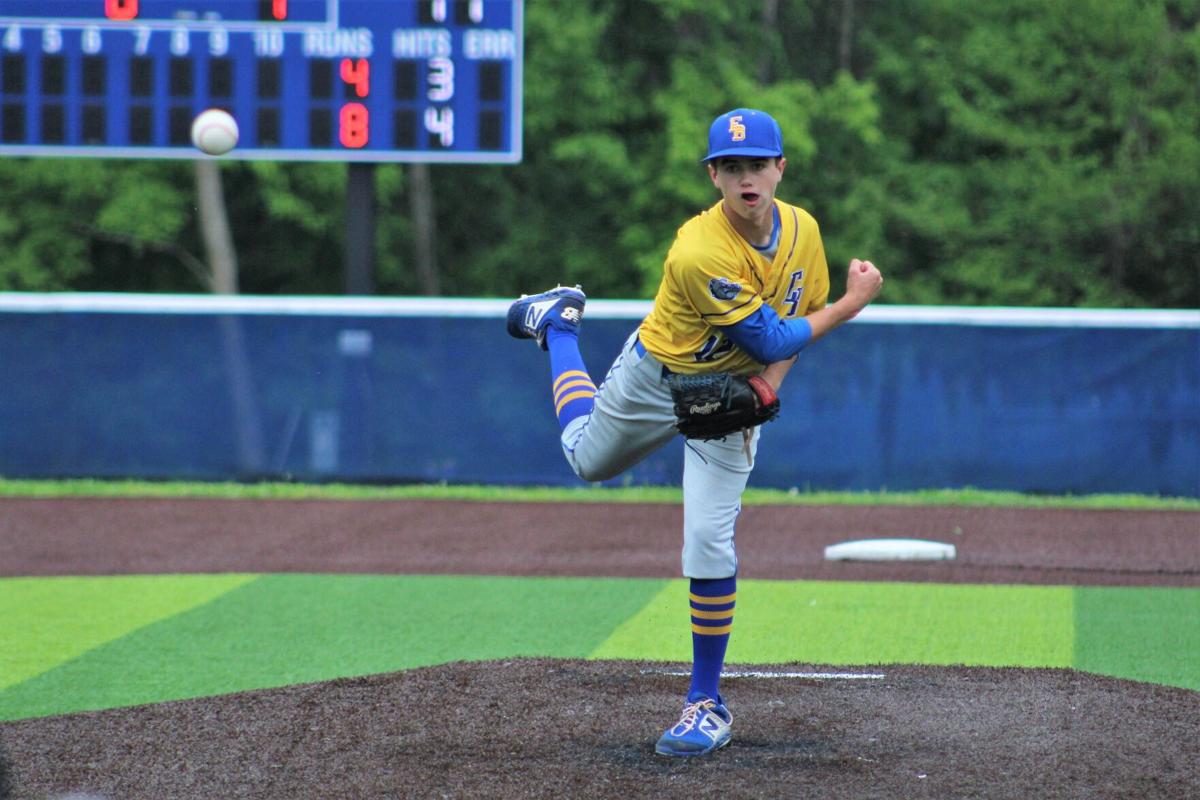 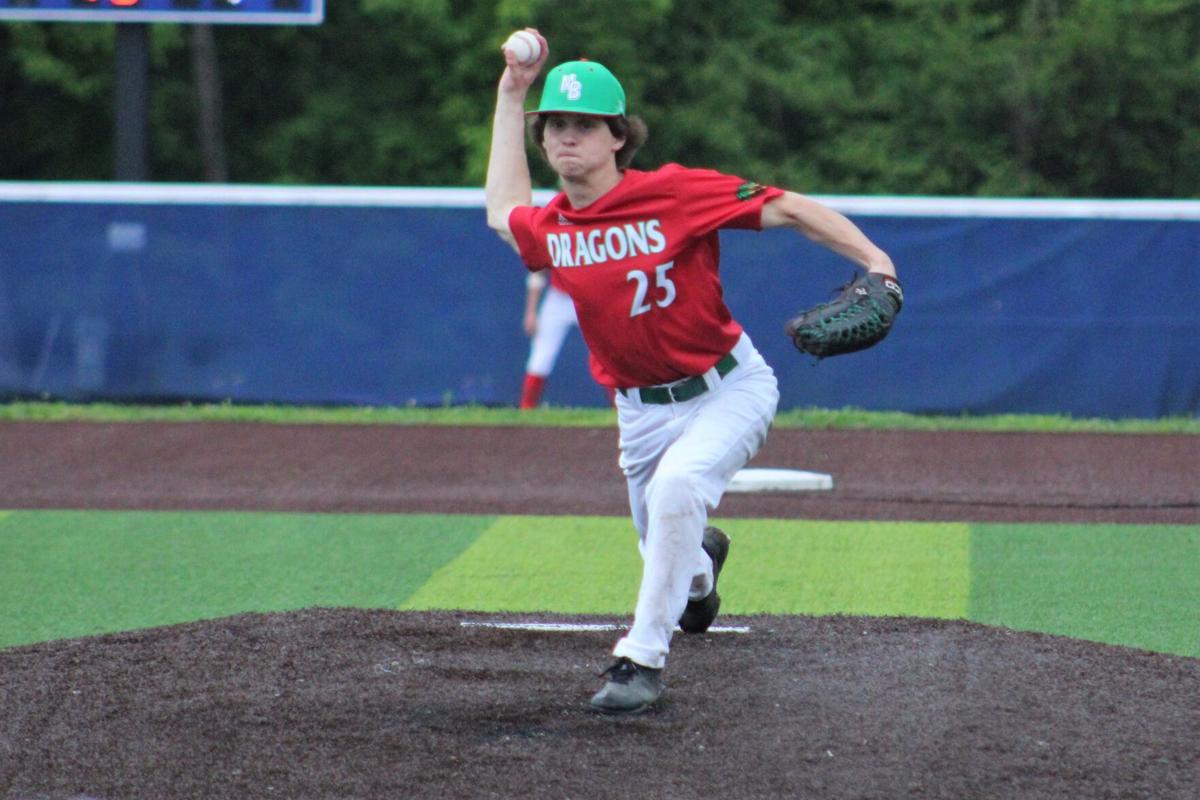 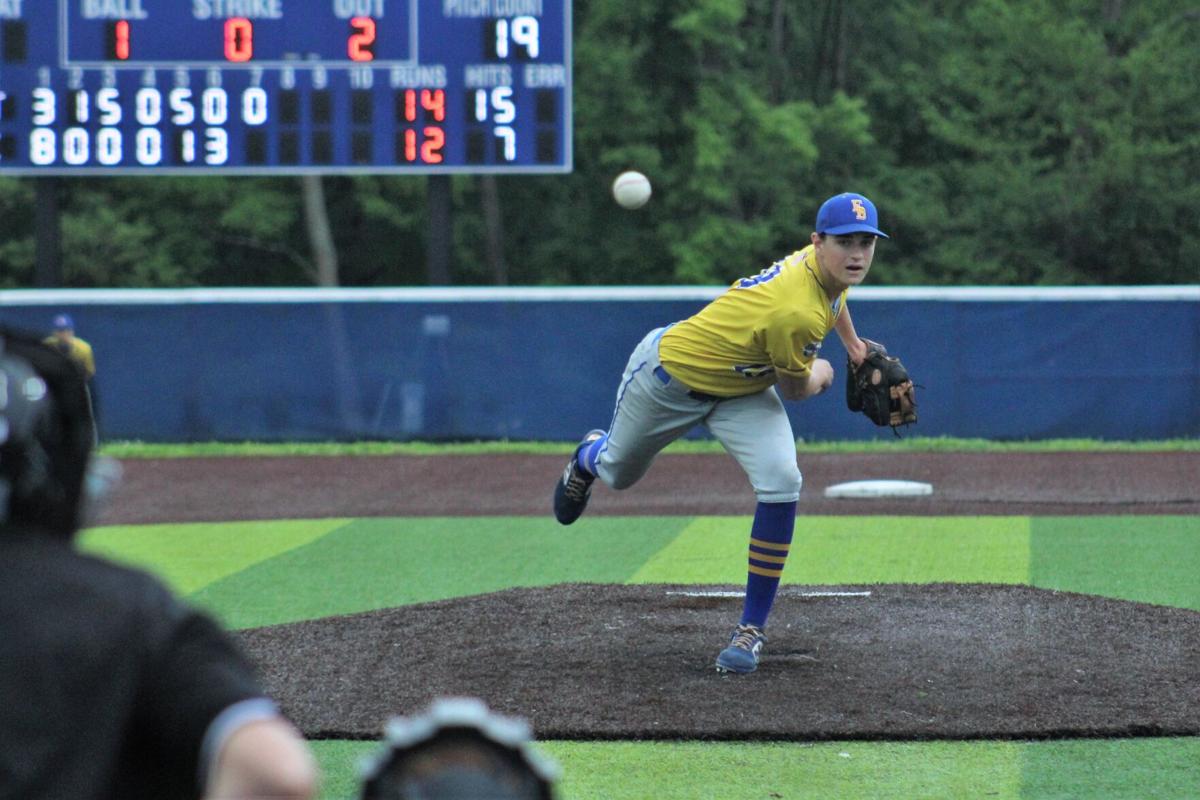 WESTON, Mo. — The Class 2 District 15 championship brought an assortment of storylines with Mid-Buchanan scattering eight runs in a first inning that included a rain delay and a grand slam.

East Buchanan starter Conner Musser allowed all eight runs but also came back in the seventh to close the game out and give the Bulldogs their first-ever district championship.

“We’ve had several teams get close,” East Buchanan coach Dave Elms said. “I’m happy for them. They deserve it.”

While Dave Elms fought back the tears that came with victory, the same could not be said for the man on the other side of the field. While there was obvious disappointment, the tears coming from Mid-Buchanan head coach Rod Elms were brought from the pride he felt in seeing his brother succeed.

“If I’m going to lose it—I’m glad I lost it to my brother,” Rod Elms said. “He works hard, and you can tell that they are fundamentally sound and he’s a good coach. But If I’m going to lose a district championship to someone, I’m glad it was him because he deserves it.”

The first inning downpour came with 11 combined runs. The Bulldogs scored three in the top half of the inning. Sophomore Bronco Whitt drove in two of the runs with a single to give East Buchanan its second and third runs of the inning.

The Dragons didn’t wait long to erase the deficit, beginning the bottom of the first with a double, three-straight walks, and then back-to-back singles. Mid-Buchanan tied the game at three before the officials called for a rain delay that lasted 20 minutes.

Mid-Buchanan had no problems carrying that momentum through the delay by loading the bases with two-straight walks. Rawlins Brant then took it upon himself to clear the bases with a grand slam over the right-field fence.

East Buchanan cut the lead to four in the second inning and then took over with a five-run third inning.

The Mid-Buchanan offense had no answers for Whitt, who came in to pitch in the second inning. Whitt held the Dragons to one run over five innings.

“I was just trying to shut them down and minimize the damage that had happened early on,” Whitt said. “I was just throwing strikes and pounding the zone. I was nervous, but I just kept throwing trying to locate and didn’t think that the moment was too big.

“When I first came out, I had played a couple games here before and I wasn’t completely on,” Musser said. “My coach told me, ‘Wipe everything, you’re the man. Go out there with a fresh, new mindset and go attack them,’ They told me to go take it and so that’s what was going through my mind.”

East Buchanan will host Bishop LeBlond on Monday in the Class 2 sectional round.