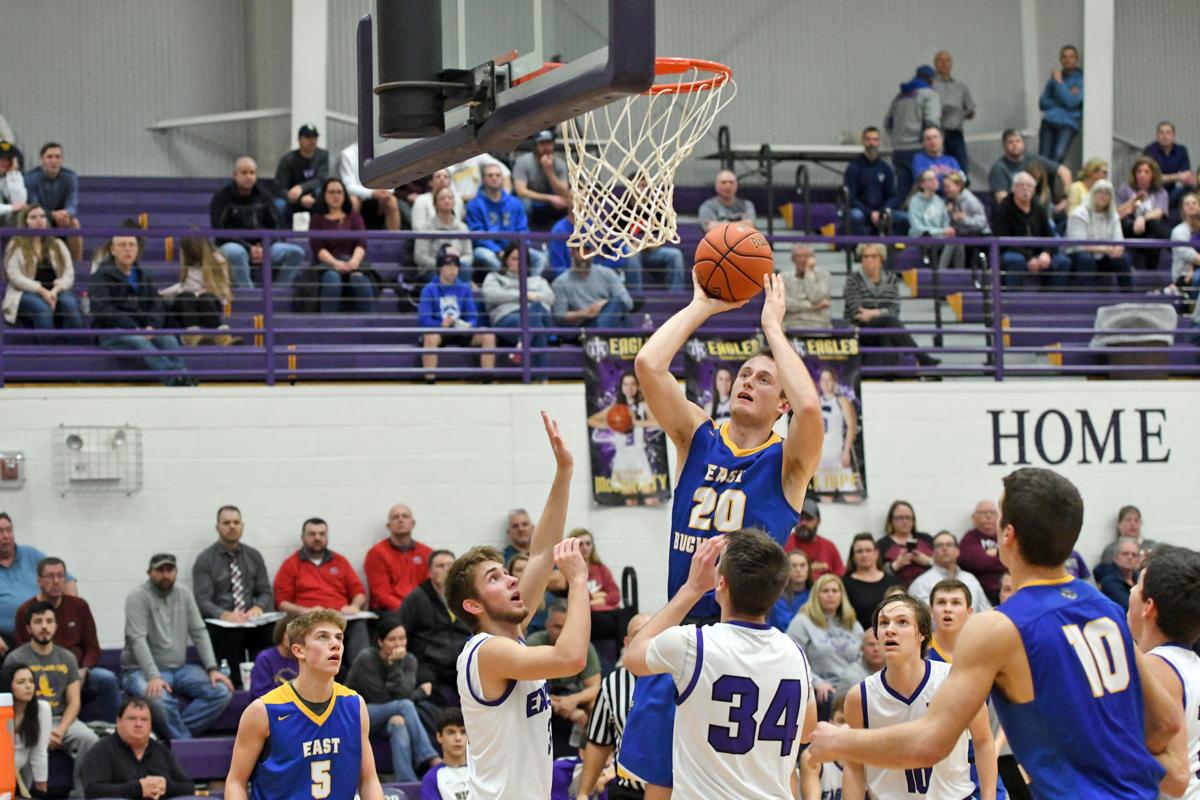 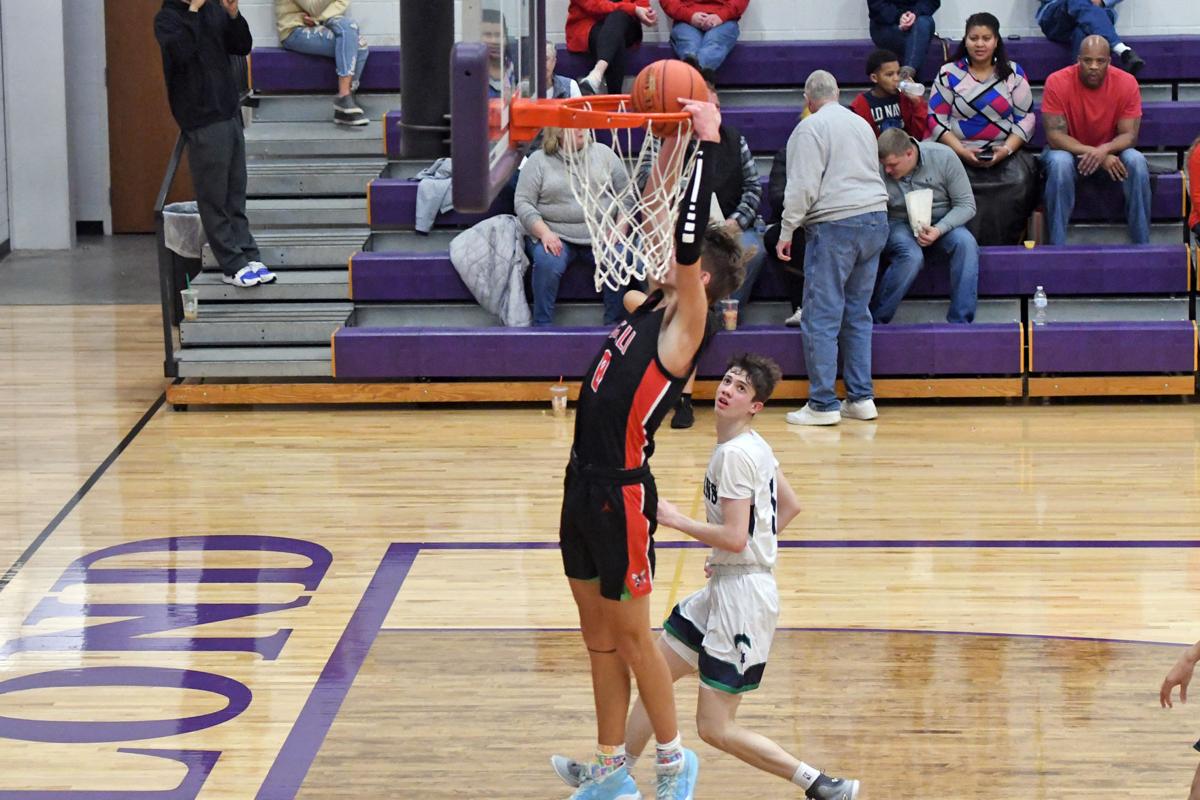 In the final game of the second round at the Bishop LeBlond Holiday Tournament, the East Buchanan boys pulled away from Bishop LeBlond 64-38 Saturday evening at Grace Gymnasium.

The first quarter started out slow for both teams as it took 1:07 before there was a score. East Buch senior Owen Fortney scored a layup and, after taking a 4-3 lead, the Bulldogs ended the quarter strong and led the Eagles 16-7.

“It was a little slow start, but I think our defense played pretty well,” East Buch head coach Jered Curl said. “We didn’t move the ball, we were pretty stagnant offensively. So we started pushing the ball after getting stops, and it helped our offense get going.”

The second quarter was back-and-forth as both teams scored 12 points, and East Buch entered the break with a nine-point lead.

“The tempo was a little bit more of our favor in the first half,” LeBlond head coach Mitch Girres said. “Scoring around the basket was a little easier for us.”

The Bulldogs came out of the second half strong by increasing the tempo and extended their lead to 46-27 after the third quarter. East Buch didn’t let off the throttle and eventually extended the lead to over 30 points.

“I think it was just them moving the ball and defensively we locked them down pretty well. I think LeBlond got frustrated a little bit and for us, good defense turns into easy offense,” Curl said.

East Buch senior Ethan Kilgore led the way for its offense with a game-high 23 points, surpassing the 2,000 career point milestone. Senior Owen Fortney and sophomore Drew Thompson both added 10 points, as well. Thompson scorched the nets for three 3-pointers in the first half. The Bulldogs have now moved on to play St. Michael in the championship game at 8:30 p.m. Monday.

“St. Michael is a good team and is one of the most athletic teams we are going to play all year. They shoot the ball well and we are going to have to be ready for a tough one,” Curl said.

Bishop LeBlond has moved onto the third place game and will play Chillicothe on Monday at 5:30. Eagles sophomore Chris Guldan had a team-high 10 points and was the only player in double figures for LeBlond.

St. Michael shot its way to a 78-60 victory over Chillicothe as it made 12 3-pointers and had five players score in double figures.

The Guardians started the game by scoring the first 10 points of the game and had an early 22-9 lead after the first quarter.

“We knew that St. Michael’s was really good,” Chillicothe head coach Tim Cool said. “They jumped out early and they shoot it really well. So they came out and did just that to give us an early deficit.”

The Hornets opened the second quarter with a run of their own and narrowed the deficit with an 8-0 run to make it a single-digit game. However, St. Michael responded with another strong scoring quarter to head into the break with a 39-25 lead.

“They put us in some bad spots where they were driving it and kicking it and that’s a team where everybody can shoot it. I feel like our guys just played really hard and buckled down defensively in the second quarter,” Cool said.

Chillicothe senior C.J. Pfaff had a game-high 25 points and senior Wesley Brandsgaard had 18 points, but that wasn’t enough to make a second half comeback. St. Michael was able to hold a double-digit lead for a majority of the second half before coming out with a 78-60 win.

Mid-Buchanan will face KC East for fifth place, while North Andrew and Falls City will meet for seventh.

VIDEO: Seeking a consensus on an online tax