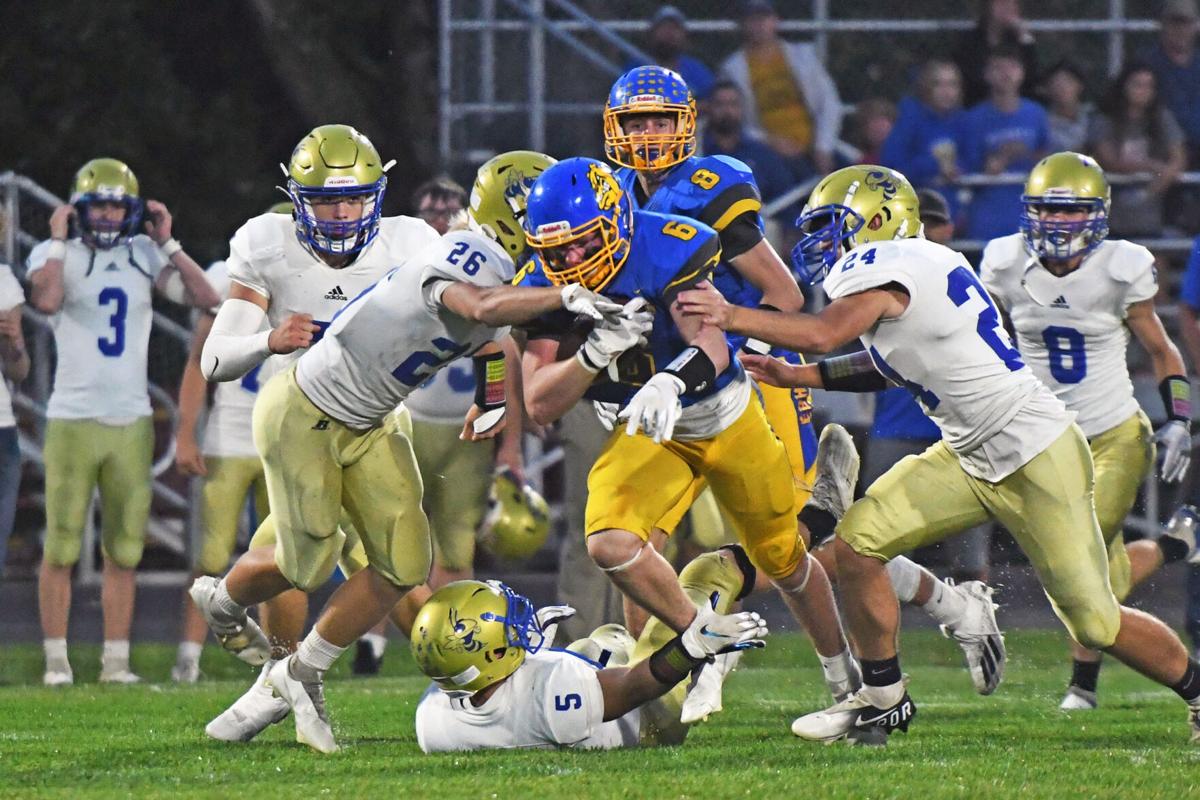 East Buchanan running back Cru Conaway runs through Hamilton tacklers in the first quarter during their game in September at East Buchanan High School. 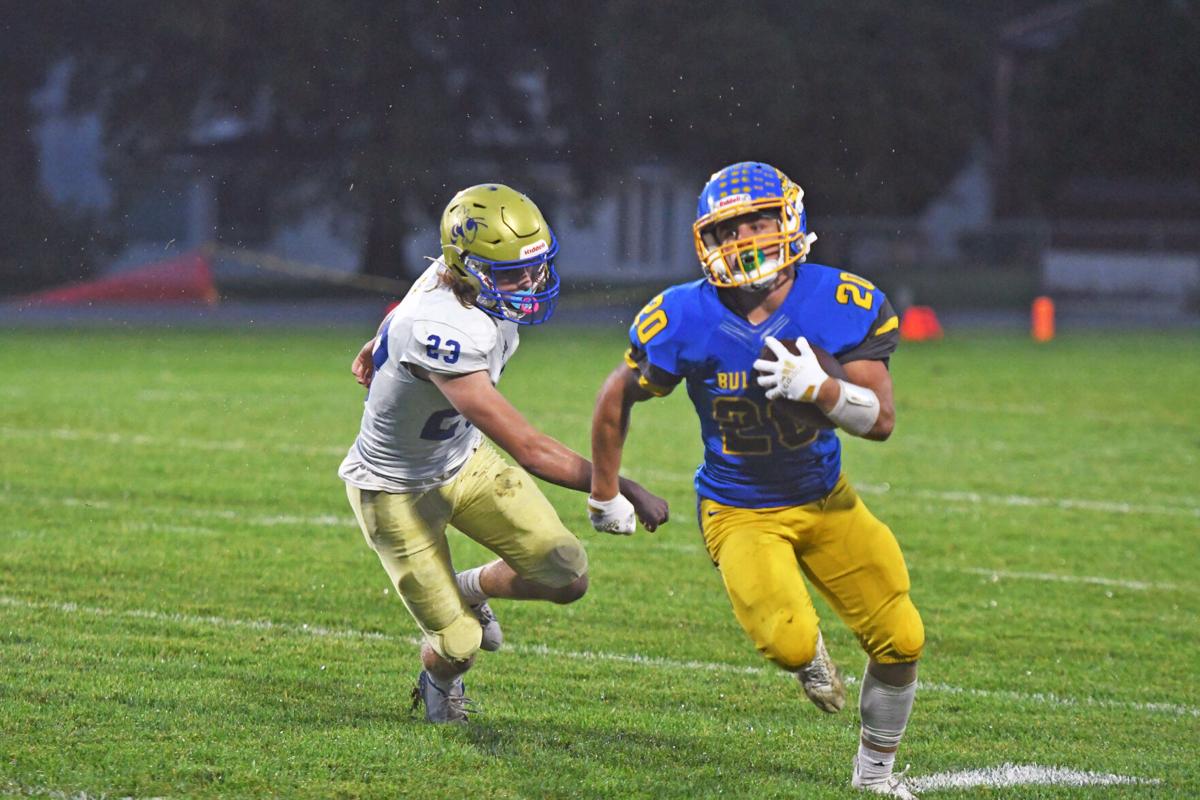 East Buchanan sophomore Trevor Klein runs around the edge against Hamilton in the first quarter during their game in September at East Buchanan High School.

East Buchanan running back Cru Conaway runs through Hamilton tacklers in the first quarter during their game in September at East Buchanan High School.

East Buchanan sophomore Trevor Klein runs around the edge against Hamilton in the first quarter during their game in September at East Buchanan High School.

GOWER, Mo. — From the moment he stepped on the field as a freshman, Trevor Klein made an impact on East Buchanan head coach Dan Ritter.

In his first year running the program last fall, Ritter knew he had something special in the backfield. His stats and scores showed it as the season went on, and the KCI and Class 1 were put on watch ahead of Klein’s sophomore season.

“Anytime you have a sophomore running back with 2,000 all-purpose yards already, you’ve gotta be pretty proud of the young man,” Ritter said. “I like the way he works in the weight room really well.

“We have a game, and two or three days before his break maxes in the weight room. Those are the type of kids you want on your football team.”

The team grew confidence in their individual talents and the future prospects, even surprising themselves with an 8-3 campaign a year ago, losing twice to rival Mid-Buchanan and once more by one to Lawson.

But when the spring rolled around, the team really began to learn how to win — only, it wasn’t on the gridiron.

“I think that all started last year in the spring time when the baseball team was doing their thing and playing for a state championship. These kids know what it takes to go that far,” Ritter said. “A lot of the baseball players are stars on the football team. There’s a lot of confidence going around here.”

This fall, the combination of postseason experience, talent and athleticism has grown into a team that has conquered a district championship and earned a rematch with KCI foe Hamilton at 1 p.m. Saturday in the Class 1 quarterfinals.

It’s a rematch of a 22-12 win by the Bulldogs (11-1) in Week 4. Over the final six weeks of the year, the Hornets (9-3) dropped games by single digits to East Buch, Mid-Buchanan and West Platte. Since, they’ve scored 35-plus without allowing more than eight points in four-straight wins, including a 42-8 victory over Gallatin for the Class 1 District 7 championship.

“After that West Platte loss that broke our heart, we had two choices,” Hamilton coach Alex Lloyd said following the win against Gallatin. “Sulk and feel bad that a few games in the KCI didn’t go the way we wanted, or come together as a team and address the issues and take the next step.”

But East Buch has looked similarly dominant, downing Carrollton 42-0, getting revenge on Mid-Buch with a 35-21 victory and running through University Academy 38-12 last week for the Class 1 District 8 championship.

“I think we’ve really just come together as a team offensively and defensively,” East buch senior Luke Webb said. “We’ve broken down every little part of everything and figured it out. Now it’s rolling.”

He also acknowledged the difficulty of facing Hamilton more than once in a regular season and their wealth of talent in the run game, led by quarterback Tucker Ross, running back Corbin Henderson and linemen Fisher Nixdorf and Ethan Trosper.

“It’s hard to beat a good team once. It’s even harder to beat them twice,” Webb said. We’re just trying to come in and do what we’ve been doing with the run game. If that doesn’t work, pass some, just get the win.”

Ritter added, “We know they’re a great team, they’re hungry and they’re ready to go. We have to match that intensity and hunger.”