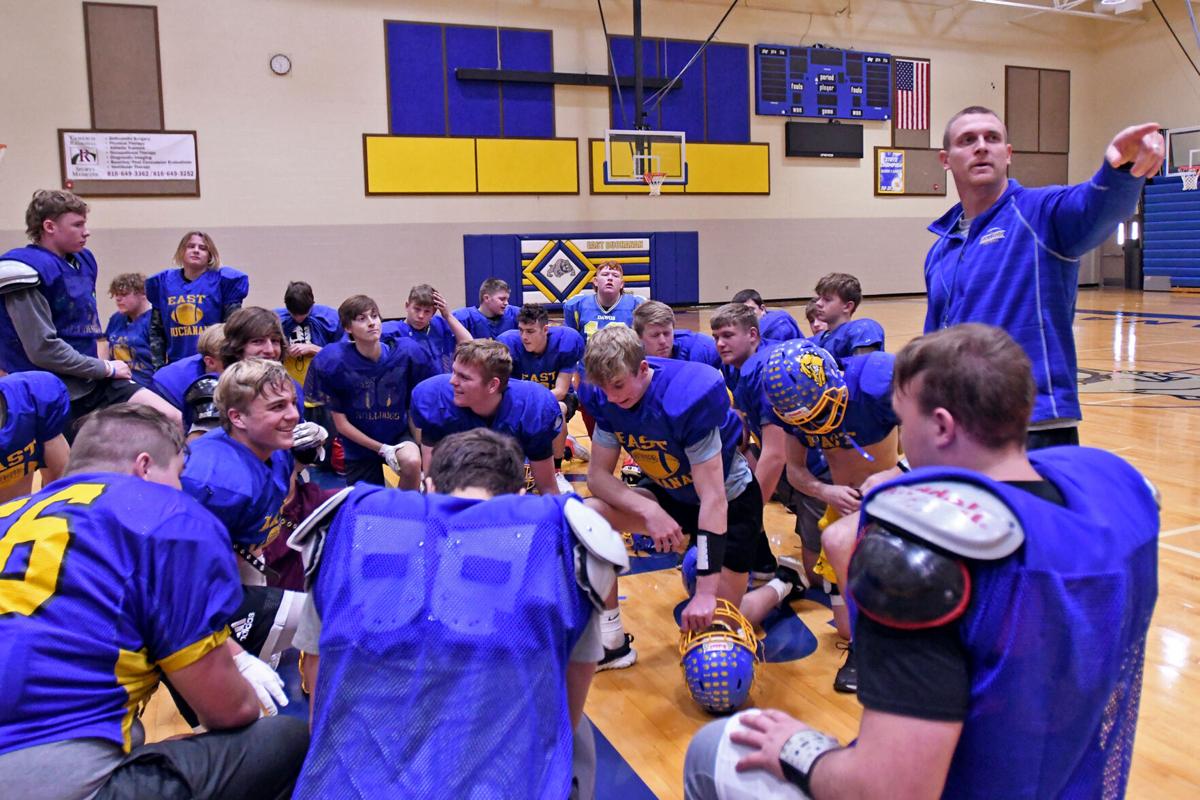 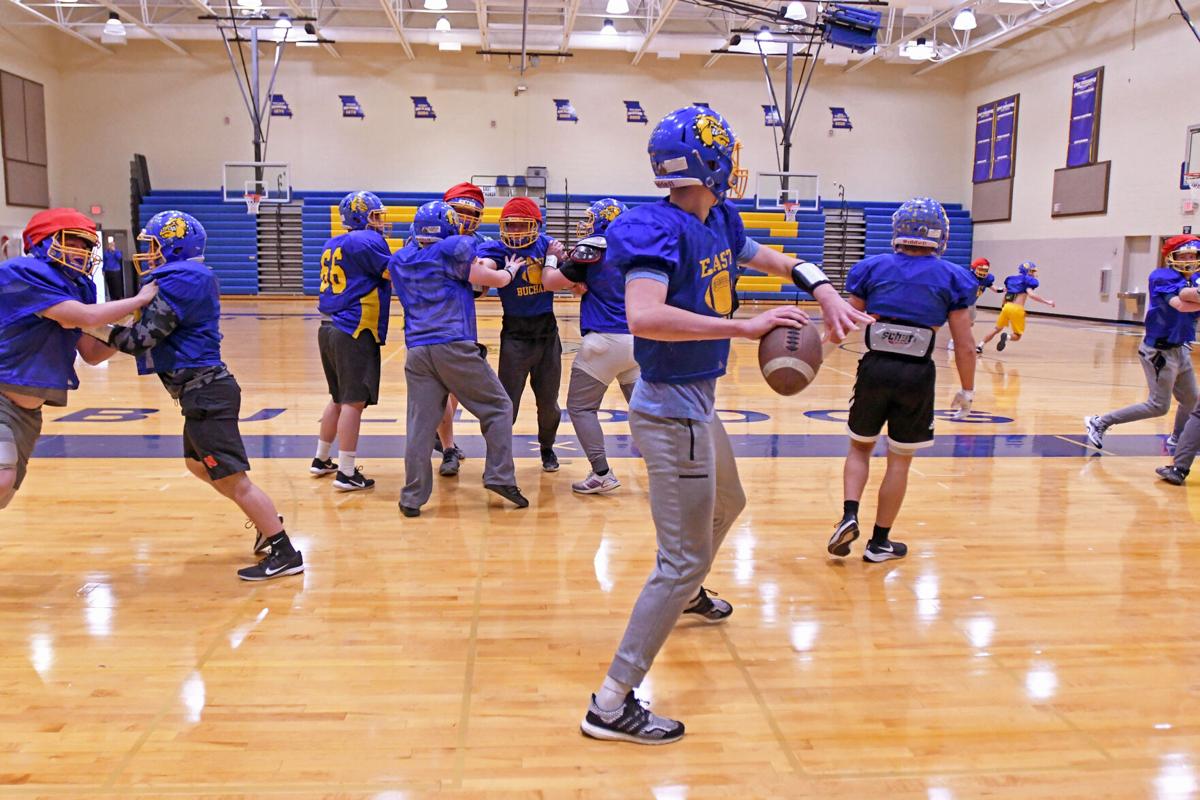 GOWER, Mo. — Just as much as the East Buchanan Bulldogs know football, they preach family.

In Missouri high school football, practicing on the week of Thanksgiving means you’re either playing for a state championship or for the right to advance to a title game.

With that comes a day combining what the Bulldogs love, a morning of practice with their teammates two days before the Class 1 semifinals.

“We were kinda hoping we could get to this point. You wanna practice on Thanksgiving, and that’s a lot of fun,” East Buchanan coach Dan Ritter said. “Really, we have two families — our family at home, and then our family here. These 52 young men have been committed all year long. Nobody’s quit. We’re definitely a family.”

East Buch defeated Hamilton in last week’s quarterfinal to get back to the state quarterfinal round for the first time since 2017.

In preparation for a 1 p.m. kick Saturday in Gower against Thayer, the Bulldogs gathered early Thursday morning ahead of Thanksgiving celebrations. With wind chills below 20 degrees and a kickoff temperature of nearly 60 degrees Saturday, the Bulldogs gave themselves an opportunity to avoid the cold and work on offensive plays indoors.

“It’s the first time in my career we’ve been able to do this,” senior lineman Caleb McCartney said. “It’s awesome, and it’s fun, man.

“I could see during the summer how we came together. … It’s a great group of kids, and I love them to death. Hopefully we can go all the way with them.”

And while it meant time away from home for two hours before a day of indulging in food and NFL games on T.V., it was routine to spend time with teammates for senior quarterback Conner Musser.

“Thanksgiving’s a day of family, and I feel like the football team, with how much time we spend together, it’s almost more than us football players actually get to spend with our families,” Musser said. “East Buch football’s a family in itself.”

In just the second year under Ritter, the Bulldogs have continued and build on the tradition laid for them under the late Kevin Bryan, whom the juniors and seniors played under until his retirement after the 2019 season.

Ritter has seen his team continue to embrace those values and grow by the day.

“You can just see kids opening up and treat them more like a family every day,” Ritter said. “We see how we’re growing up as a family when we’re loose with each other and not just playing football.”

And as a senior now on the brink of helping East Buchanan to its second-ever state title game, Musser’s doing his best to drill the lessons into his underclassmen teammates.

“Showing these freshmen and sophomores just what it’s like to be a family and East Buchanan football at once,” Musser said. “Once a Bulldog, always a Bulldog.”