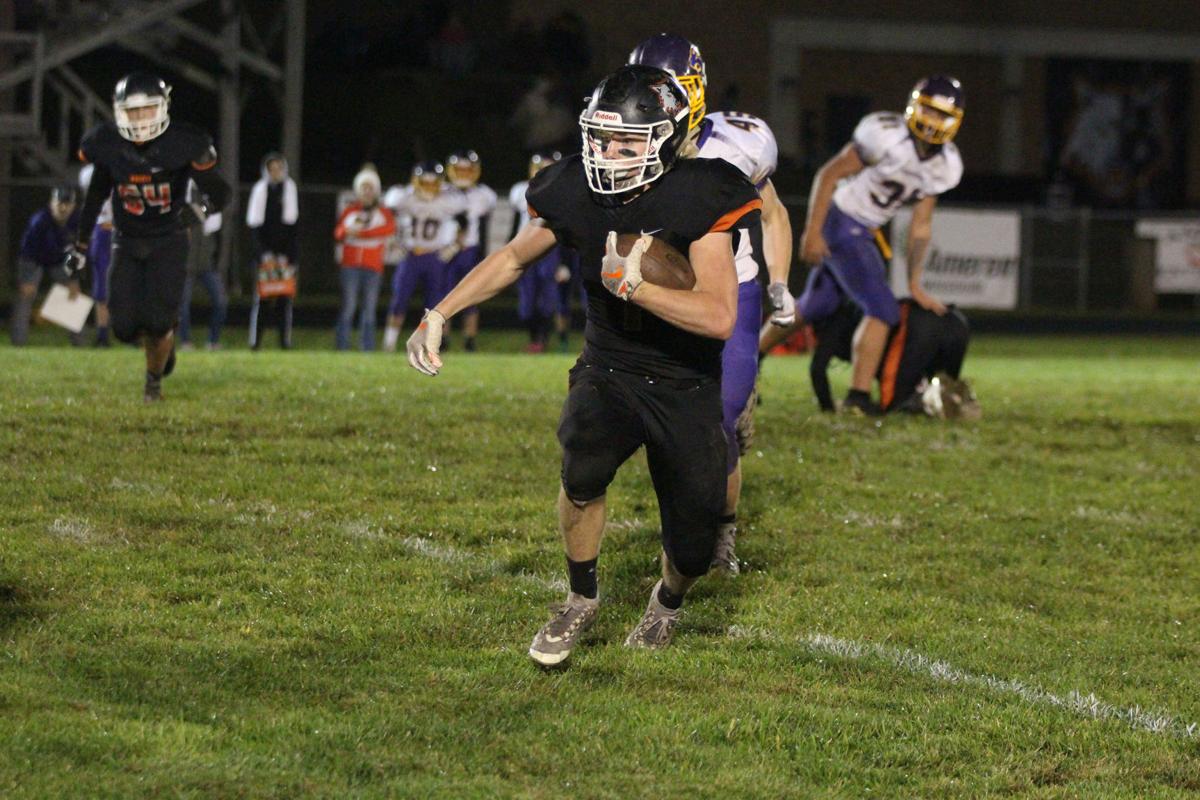 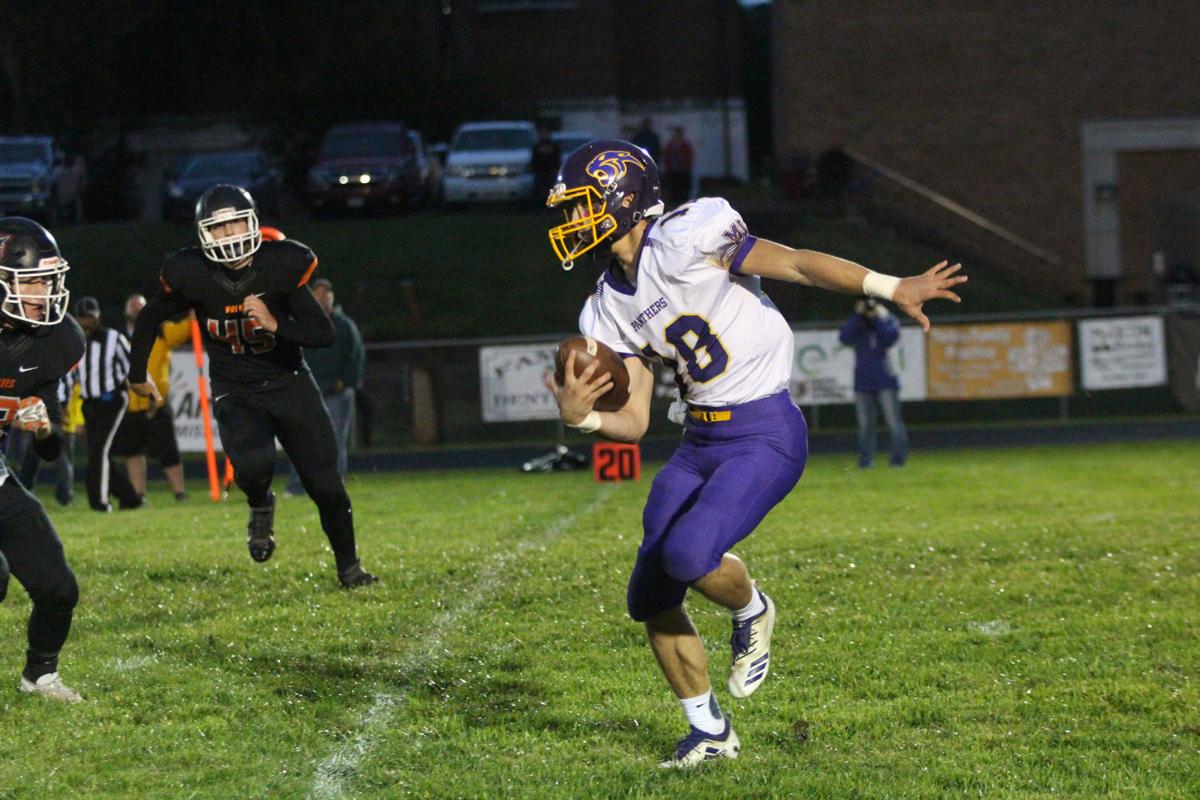 TARKIO, Mo. — As two of the top three 8-man football teams in Missouri battled it out, East Atchison and Mound City had a shootout for the ages, as East Atchison pulled out a 58-50 victory with a touchdown in the final minute on Friday night at Tarkio High School.

It was back and forth all game long with seven lead changes and six ties, but the Panthers never once took the lead. The game started off slow as the Wolves only led 14-6 after the first quarter. East Atchison couldn’t get the lead greater than one possession at a time, as Mound City answered every score in the second quarter.

But in the last play of the half, Wolves quarterback Jake McEaney connected on a 16-yard pass to Gus Hurst. After Briacin Bywater rushed in for the 2-point conversion, East Atchison led 30-22 at the halftime break.

“That game is us, it’s not always pretty or mistake free, but we fought through some adversity,” East Atchison head coach Aaron Behrens said. “That’s a great football team, and our boys came out and played well in an atmosphere they’re not used to playing in. It was exciting and was a fun night.”

The third quarter was the lowest scoring quarter of the game, as Mound City was the only team to score on a 15-yard rushing touchdown by Poppa to eventually tie the game 30-30 with 6:33 to go. The fourth quarter was another story, as there was a combined 48 points scored total.

“We lost, but we did a lot of great things tonight,” Mound City Head Coach Taylor Standerford said. “We gave up way too many big plays, and they kind of just drove the ball down our throat, so we got to fix that stuff.”

After Mound City scored a fourth quarter touchdown and failed on a 2-point conversion, they trailed 44-42 with 4:38 to go, and it appeared that the Wolves could run the clock out. On the following possession, the Wolves scored on a fourth down play with a 46-yard pass to Gus Hurst. Mound City responded on defense by stopping East Atchison after the touchdown, and then Dylan George returned the kickoff for 65 yards for them to eventually tie it at 50-50 with 2:54 to go.

“That’s why I love our guys, they’ll never give up. They’re always going to be fighting till the end and it’s shown all year, and even last year in the State Championship Game. They just will fight until that final whistle blows,” Standerford said.

East Atchison turned the ball over on downs on their ensuing possession, but then forced a Mound City fumble on their first offensive play and got the ball back. The Wolves didn’t take long to score after that, and with 47 seconds left McEnaney rushed in from four yards out and they took a 58-50 lead. The Panthers attempted to get a last second score, but Poppa was intercepted by McEnaney with just nine seconds left.

“This win is huge. Every year I’ve been here has ended at Worth County in a District Game. So I told our guys ever since last May, that our goal has to be host a District game and this win is huge for us tonight,” Behrens said.

Mound City will look to bounce back from losing two of their last three games, as they host South Holt/Nodaway-Holt. East Atchison will host Stewartsville next Friday.