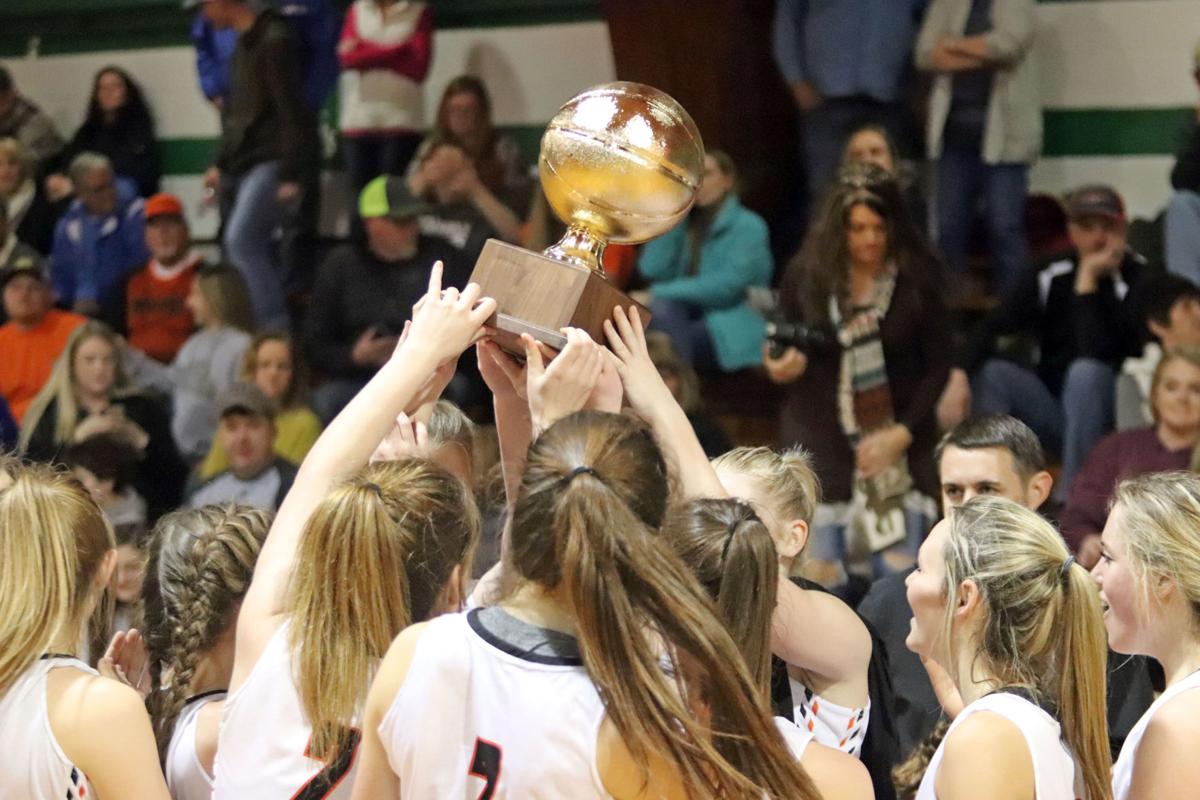 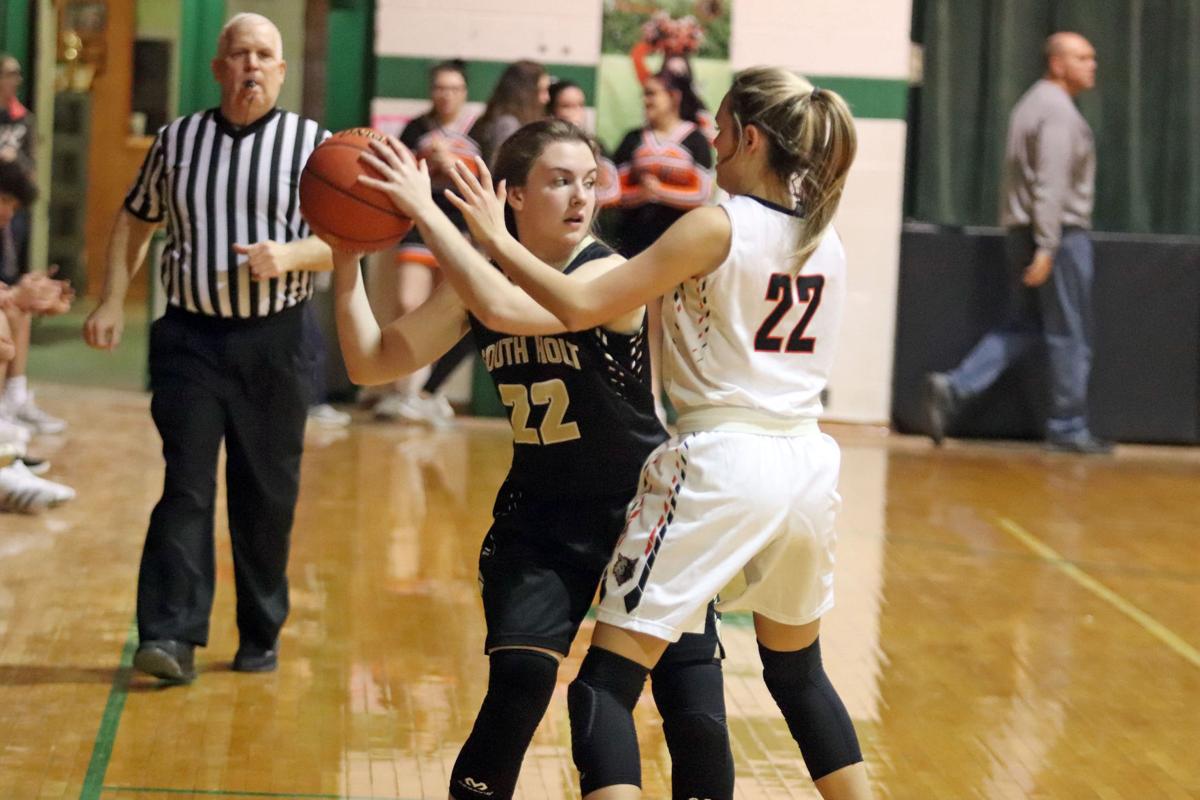 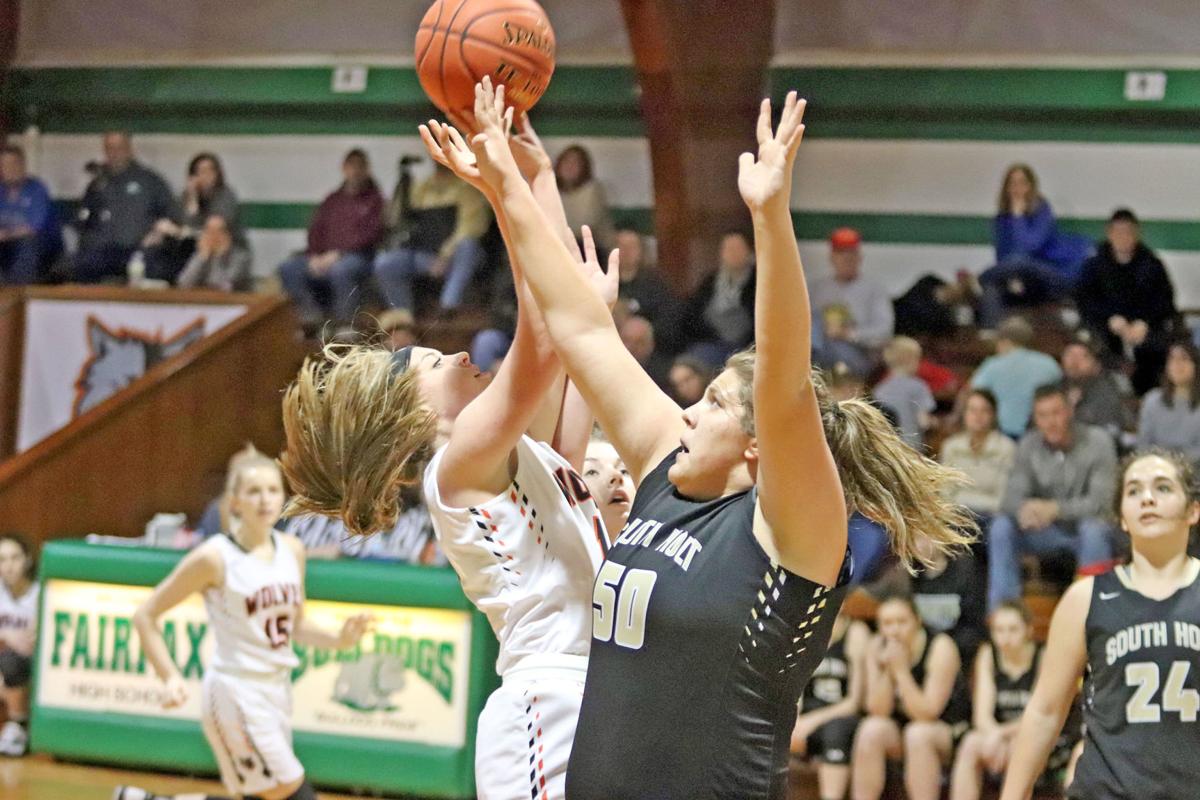 Each of the three previous games had their own storylines. The trend of Saturday’s game was dominance on the court by the team that has now hoisted the tournament trophy for three consecutive seasons.

“You want to win every game, but I’d be lying to say it’s not special for the kids to step up in front of the home crowd like that, the people that support us, and put up a performance like that,” East Atchison coach Dustin Barnes said. “It’s really special.”

Each of Parshall’s 27 points were scored from behind the arc, accounting for almost one-third of East Atchison’s points.

“That was the best I’ve ever done,” Parshall said. “They were really packing in so we didn’t really have good driving lanes. We knew we had to shoot from the outside.”

“We usually shoot a lot, we usually make a lot, but that’s a lot by our standards,” Barnes said. “Tonight, we were just unconscious.”

The Wolves jumped out to a 15-5 lead in the first quarter. South Holt (9-3) showed a brief sign of life to start the second, but was unable to catch up trailing 31-16 at half-time.

“They played a really good first half,” Barnes said. “We pressured them, they got some turnovers… They caused us some problems.”

The Wolves are in the middle of a perfect season, something they also faced a year ago.

Their quest for perfection continues against DeKalb on Tuesday.

“We’re going to have to keep building,” Barnes said. “We have some big games coming up… But, we’re going to enjoy this one right here.”

The boys championship of the 88th Annual Fairfax Invitational went down to the wire on Saturday night.

Two free throws by senior Gabe Minter marked the start of wrapping the 66-56 win up for Rock Port within the final two minutes. It served as revenged to a East Atchison win Jan. 10.

“It was a dogfight,” Rock Port coach Shawn Shineman said. “They deserve a win and they have to grind it out they way they have been doing. I’m sure they’re very happy and I’m very happy.