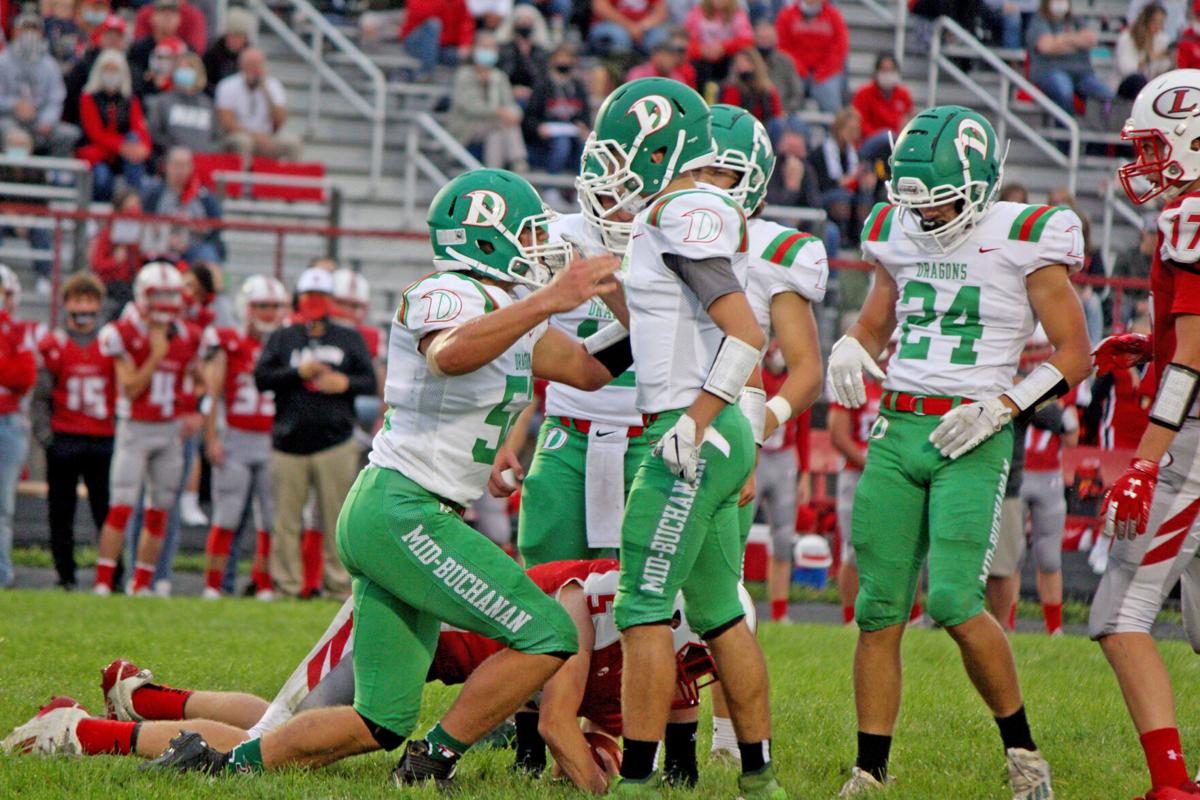 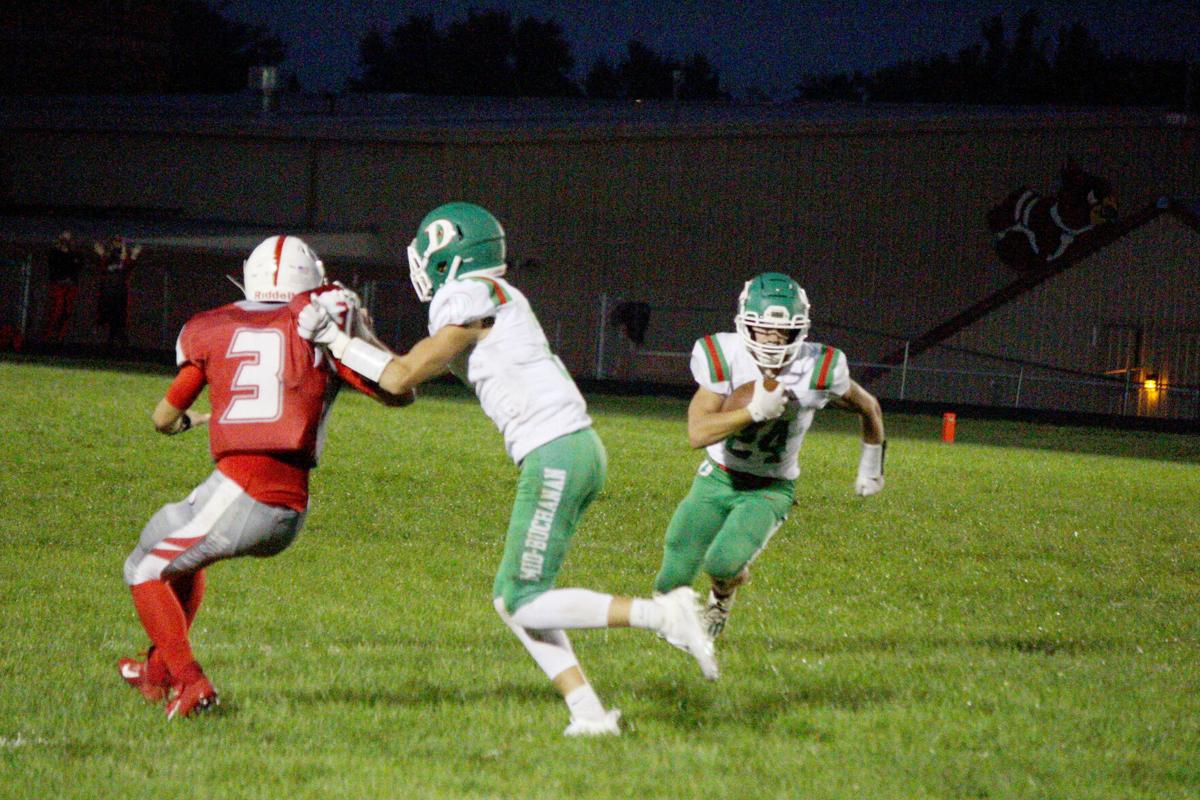 Mid-Buchanan senior Lane Ellison runs the ball towards the one-yard line after catching a pass from senior quarterback Javan Noyes against Lawson on Friday night in Lawson, Missouri.

Mid-Buchanan senior Lane Ellison runs the ball towards the one-yard line after catching a pass from senior quarterback Javan Noyes against Lawson on Friday night in Lawson, Missouri.

A safety, one-yard touchdown by Javan Noyes, and a pick-six by senior Lane Elison propelled the Dragons’ offense forward after punting twice within their first three offensive drives.

Though Mid-Buchanan never trailed, the series of scores was just the confidence they needed to break through for a 47-7 win over Lawson.

“The d-line really got off the ball,” Mid-Buchanan head coach Aaron Fritz said. “We threw off the ball, big play. Got the big kick return after that. We score right after that. We had a really good second quarter there. Big plays from our guys. We have a lot of seniors, a lot of guys that have done this before.”

Mid-Buchanan did not allow the Cardinals to score until the fourth quarter. At the same time, Lawson’s defense gave the Dragons trouble early on.

“Lawson’s good, they’re always good,” Fritz said. “That Wing-T is tough to stop. We got a couple of turnovers which were a big deal… They set us up very nicely because we had trouble running the ball for a while because Lawson does such a good job and kind of lit our butts up front with their D-line. Credit to those guys. Our defense kind of gave us the ball in some good possession and kept getting us back so we could keep trying to figure out what to do.”

Though Ellison’s name was just on one score, his name was connected to two of them.

It turned into a 33-yard gain, sending the Dragons to Lawson’s 1-yard line. Two offensive plays later, Noyes dived into the end zone.

A few minutes later, Ellison intercepted Thomas. He turned it into a 39-yard pick six, putting Mid-Buchanan up 32-0.

“I was supposed to jam the tight end,” Ellison said. “I saw him release and do whatever, get the backer and all of our d-line started to blitz the quarterback so I knew something was different. I saw the quarterback kind of go out to the flat, so I had to make sure I was guarding him. I’m glad I made the play.”

Ellison finished the game with 71 receiving yards, the behind Noyes and senior TJ Runyan.

Noyes was 7-for-13 on the day, throwing for 148 yards and a touchdown, also earning a single score on the ground. Runyan ran for 126 yards and two touchdowns.

The Dragons move on to travel to Lathrop (0-1) next Friday. The Mules have not played since falling to Richmond in Week 1 due to COVID-19.

Mid-Buchanan has not beat Lathrop since 2010.

“It’s going to be a great opportunity for us to go over there and see if we can compete,” Fritz said. “That’s something we haven’t done against them in a long time… That’s a big deal for us, go over there and and at least compete and see what happens.”

A Bit Cloudy at Times Tomorrow