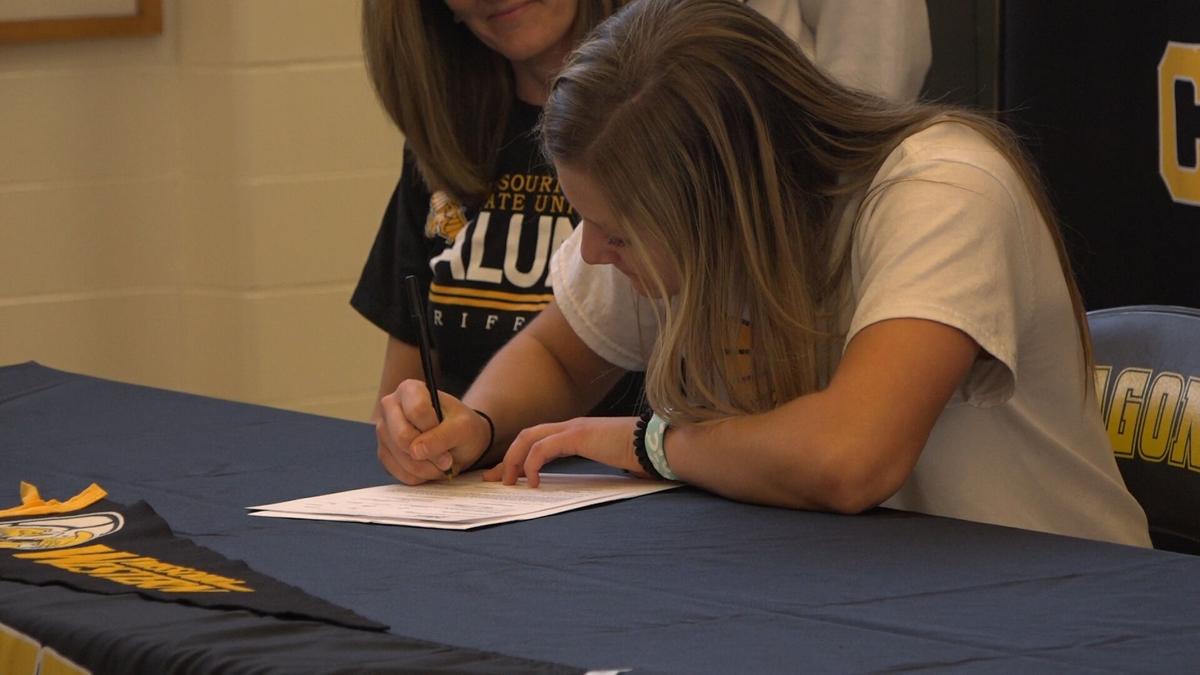 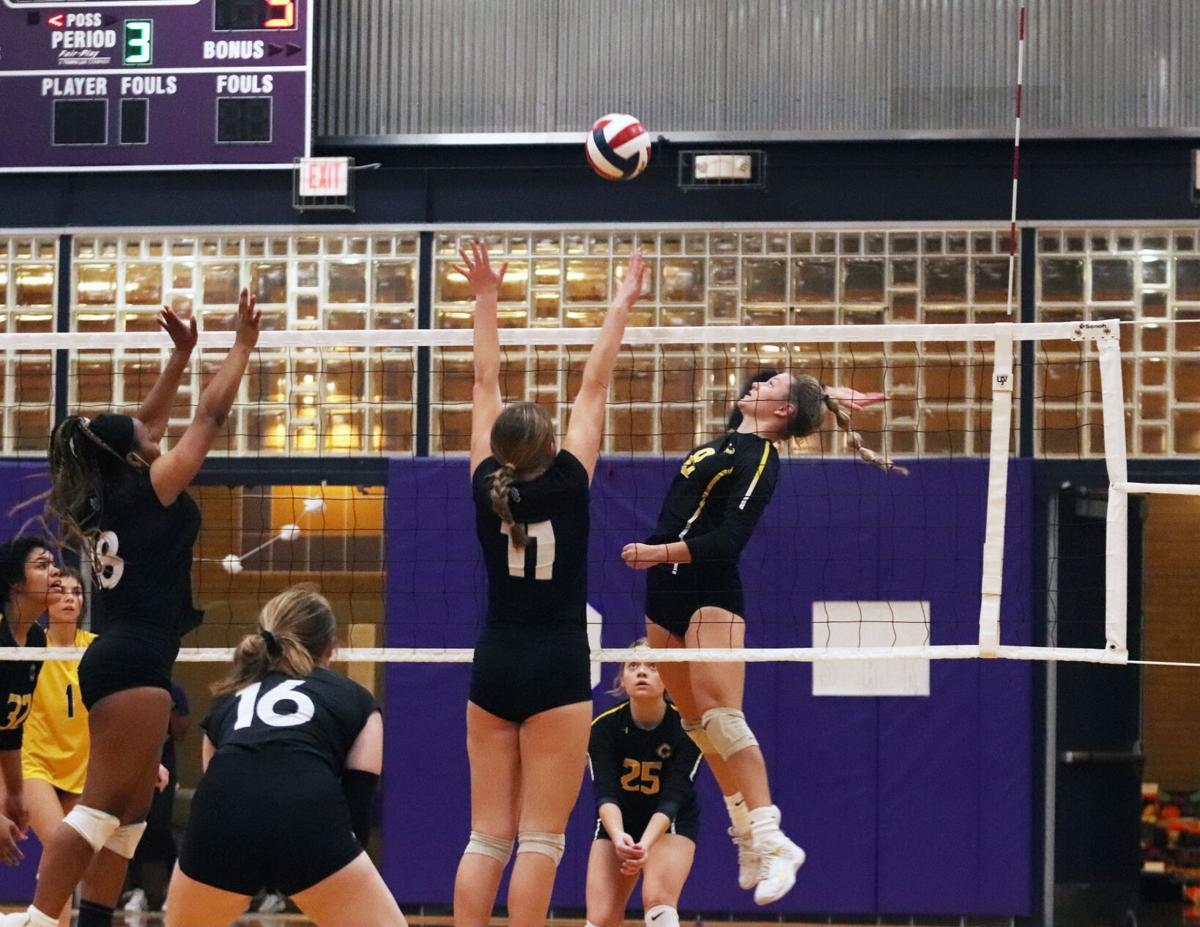 Tuesday afternoon, Cameron senior Avery McVicker was informed by her coaches that she was selected to the Missouri Class 3 All-State volleyball team.

Minutes later, she was seated inside the commons of her high school surrounded by teammates, coaches and family members as she finalized her college decision, signing a National Letter of Intent to play just west of Highway 36 at Missouri Western for coach Marian Carbin.

“Today is pretty special to me because I’m leaving my mark on Cameron. Missouri Western is my home now because Coach Carbin made me feel like I was wanted, like she wanted me,” McVicker said. “The girls were super, duper nice, and it’s close to home.”

McVicker was a four-year starter for the Dragons, leading Cameron to the Class 3 District 16 championship this season. She finished with just shy of 1,200 career kills and 150 aces. She racked up 431 kills and 46 aces this season as an outside hitter.

“They’re getting an excellent player. I’m very proud of her. She’s come a long way,” Cameron coach Addie Floyd said. “She was a starter as a freshman. To see her grow and become so well on the court — her name is known throughout the community and surrounding schools. She’s left a mark on the Cameron volleyball program.”

McVicker also plays for the Cameron basketball team and is a standout track athlete. She finished second at the Class 3 state meet in the 100-meter dash, third in the triple jump, fifth in the long jump and was part of the third-place 4x400 relay team.

“There’s not very many people that get to do this. It’s pretty special for me,” McVicker said. “I just want people to know that no matter how many difficult things get thrown your way, you can fight back. You can choose to fight, or you can choose to not.”McVicker, who described her game as “loud and versatile” will also get the chance to team up with Plattsburg standout Lia Graham, who signed to the Griffons a week ago. As frequent competitors in club and high school, McVicker is excited for the chance to grow into leaders of the Griffons with another homegrown talent.

“It’s kinda special to finally get to play with her. We’ve known of each other but have never got to be teammates with her before,” McVicker said. “It’s exciting because she’s super good and I’ve always hated playing against her because she’s so good.”

Adding to a storied legacy of Cameron volleyball that includes the likes of Emily Carr, Floyd said McVicker is a player revered by the community.

“She’s a role model on the court and off the court. Little girls look up to her,” Floyd said. “When we have our team camps, she’s just a good role model. Missouri Western’s getting a good player. … You better believe the team will be coming to watch her play.”