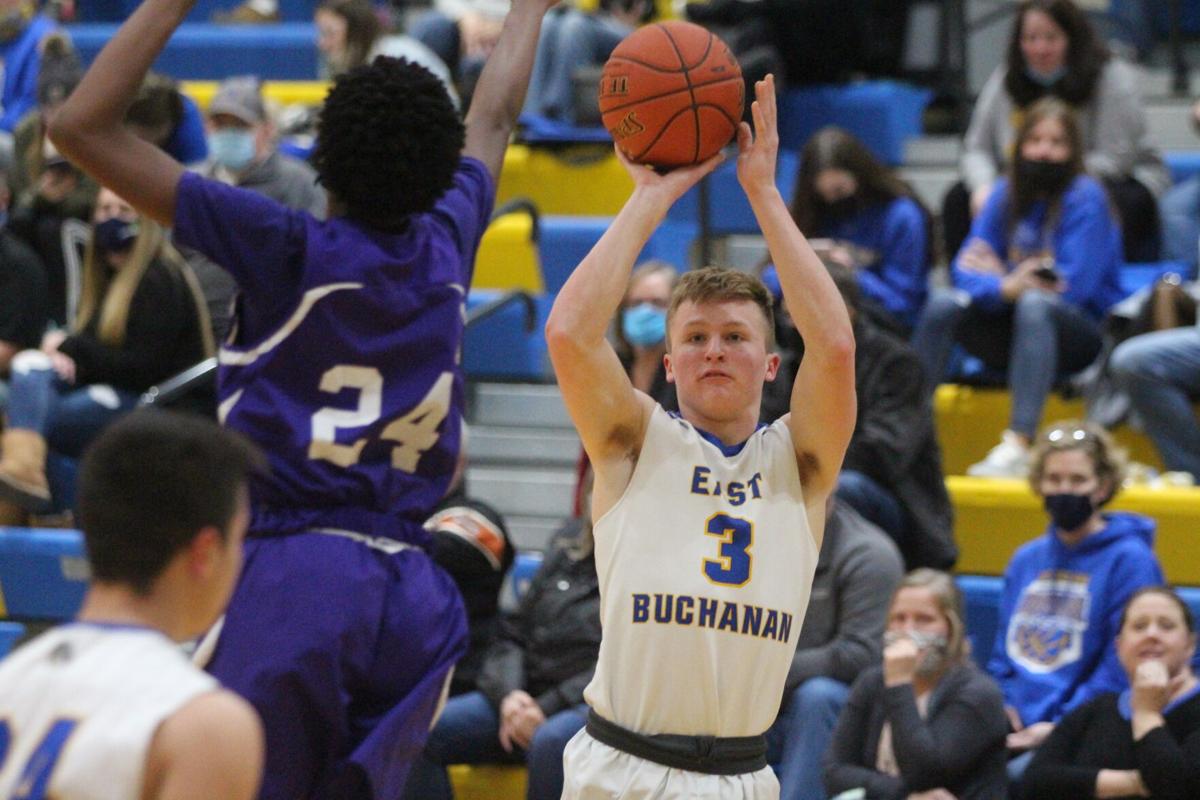 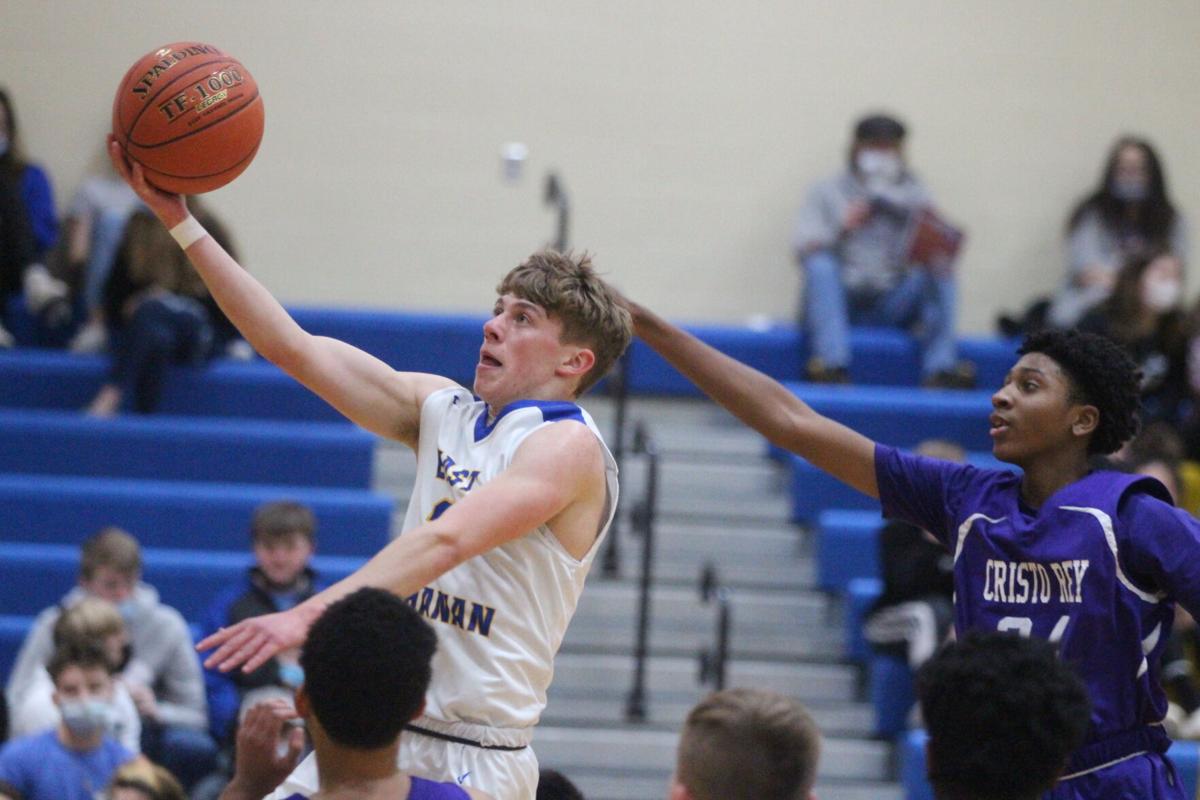 East Buchanan senior Drew Thompson drives in for a layup against Cristo Rey on Monday at East Buchanan High School. 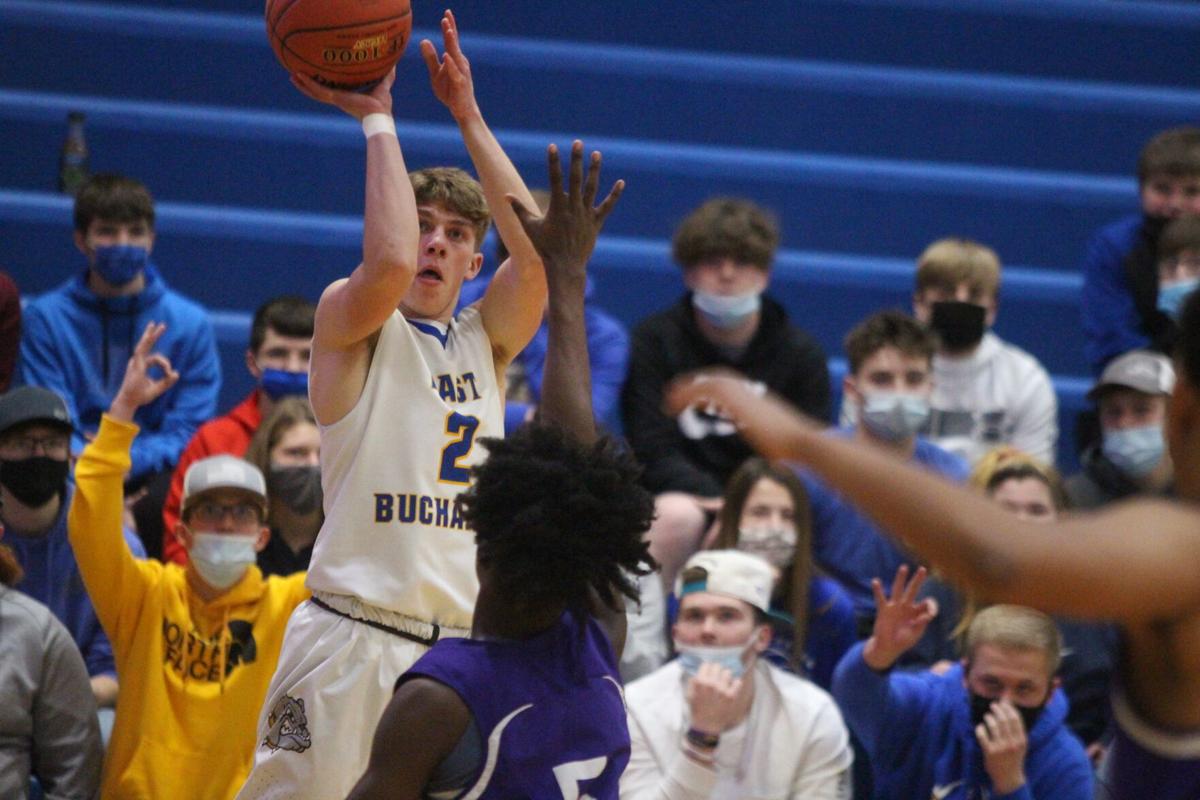 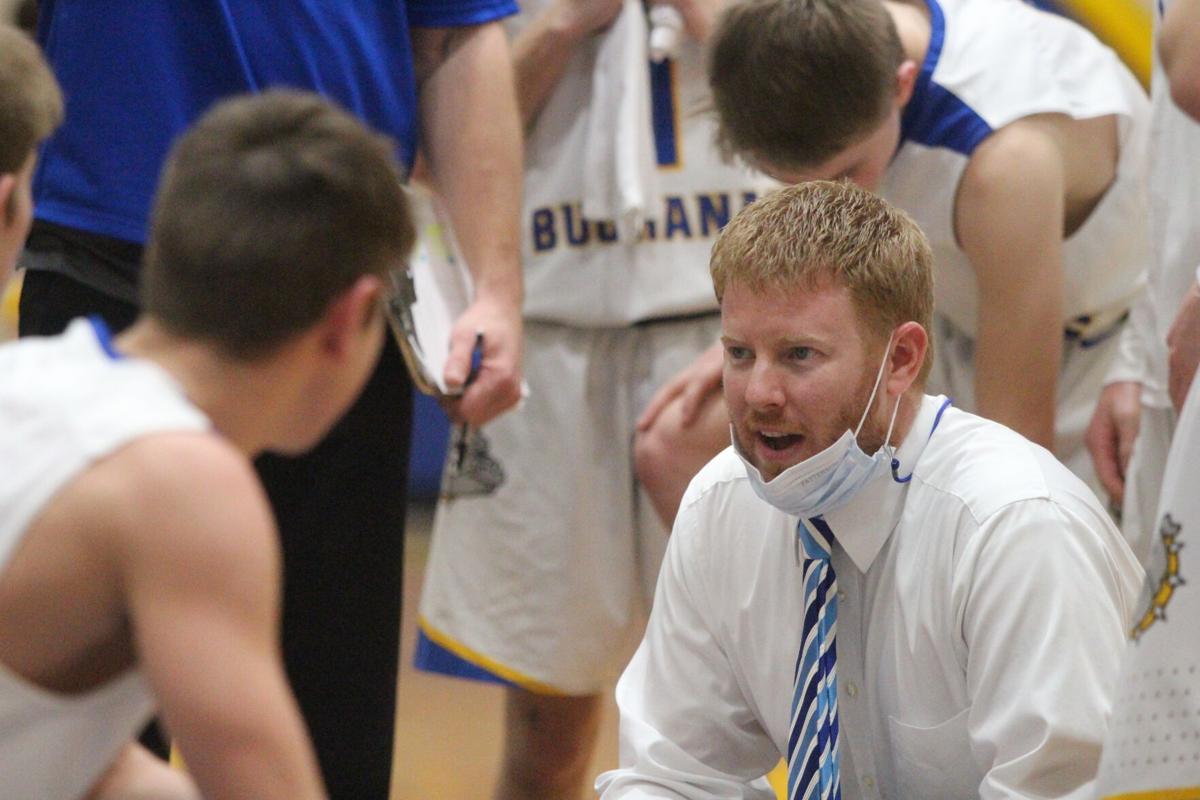 East Buchanan coach Michael Carpenter speaks with his team during a timeout on Monday at East Buchanan High School.

East Buchanan senior Drew Thompson drives in for a layup against Cristo Rey on Monday at East Buchanan High School.

East Buchanan coach Michael Carpenter speaks with his team during a timeout on Monday at East Buchanan High School.

FAUCETT, Mo. — The East Buchanan Bulldogs made it look easy against Cristo Rey, cruising to a 73-31 win over the Pumas in the first round of the Class 3 District 15 tournament on Monday at Iba Family Court.

“I think you just focus on the little things, look for little openings here that might come up in the next game,” he said. “Not just shooting threes and getting selfish, but playing team ball and doing what we’re supposed to do.”

Though Carpenter was satisfied with the team’s execution of the game plan, that certainly doesn’t mean the third-seeded Bulldogs were afraid to take shots from the perimeter. East Buchanan knocked down seven treys in the first half and three more in the second, opening up the Cristo Rey (1-11) defense and sinking the shots as they were presented.

By the end of the first quarter, East Buchanan already lead 23-6.

Scoring was evenly distributed as the Bulldogs cycled through their bench for much of the game.

“We had a few freshmen and sophomores who got in there and scored their first points,” East Buchanan junior Luke Webb said. “Especially in districts, that’s just a great thing.”

Leading the effort was senior Kaden Woodside with 13 points, who turned his attention immediately towards their rematch against No. 2 seed West Platte on Wednesday.

“We’re gonna have to stay under control and do our own thing, not let them get us sped up,” Woodside said. “Just do what we do.”

The Bulldogs lost to the Blue Jays 67-58 in their only meeting of the season earlier this month.

West Platte will host East Buchanan on Wednesday, with tip off scheduled for 6 p.m.