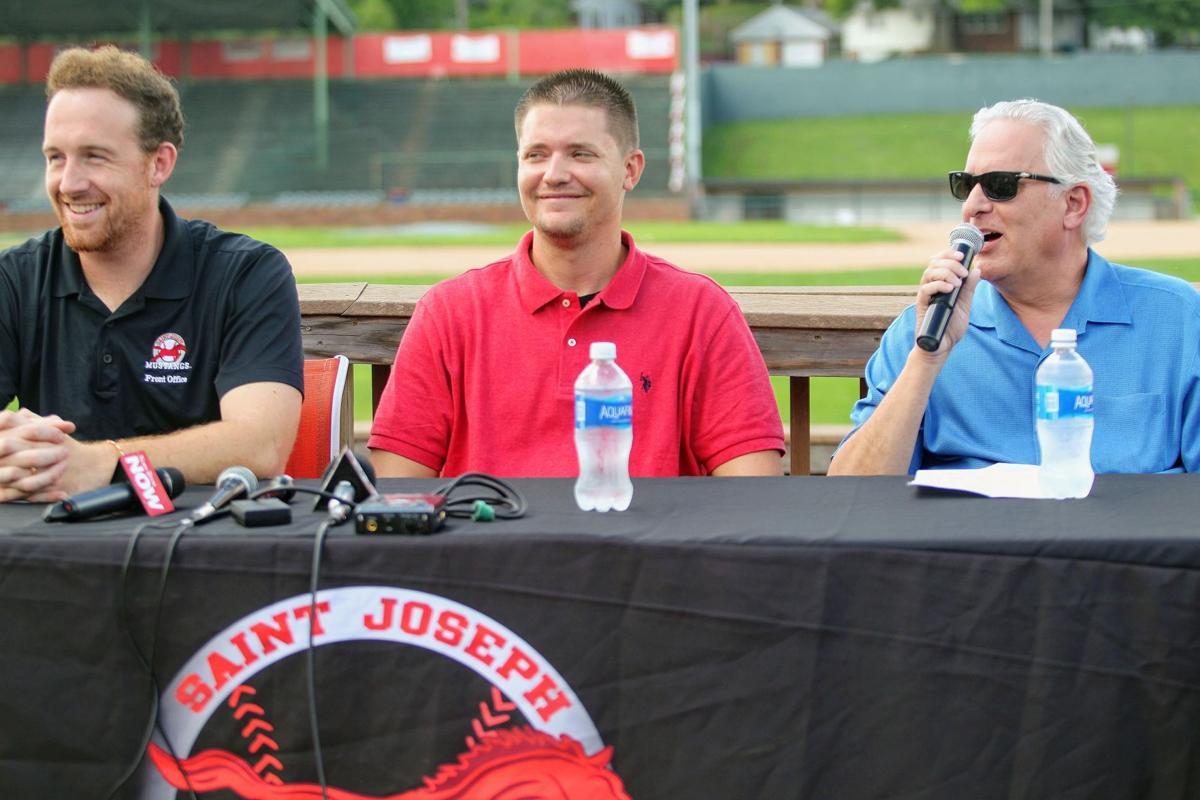 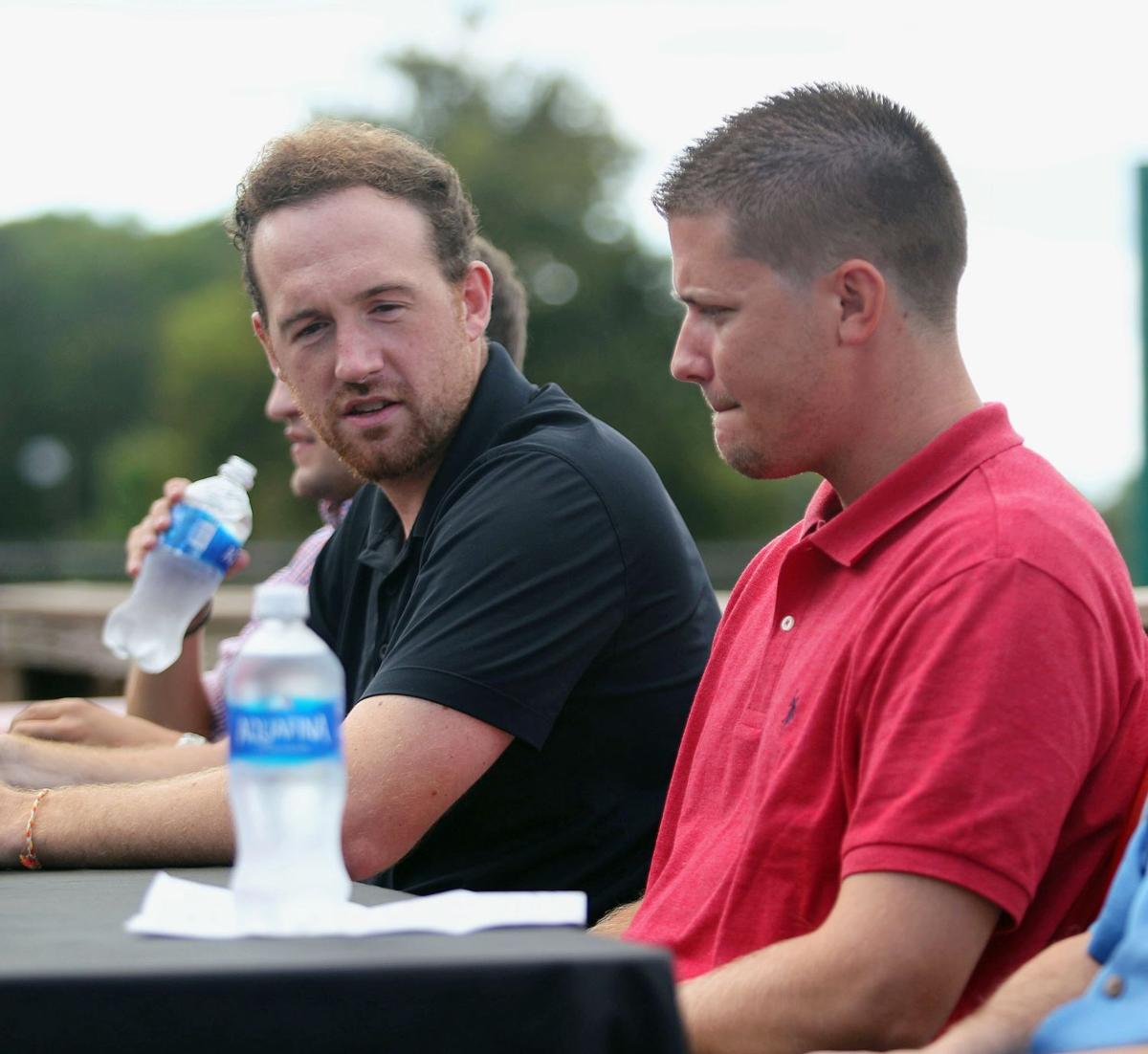 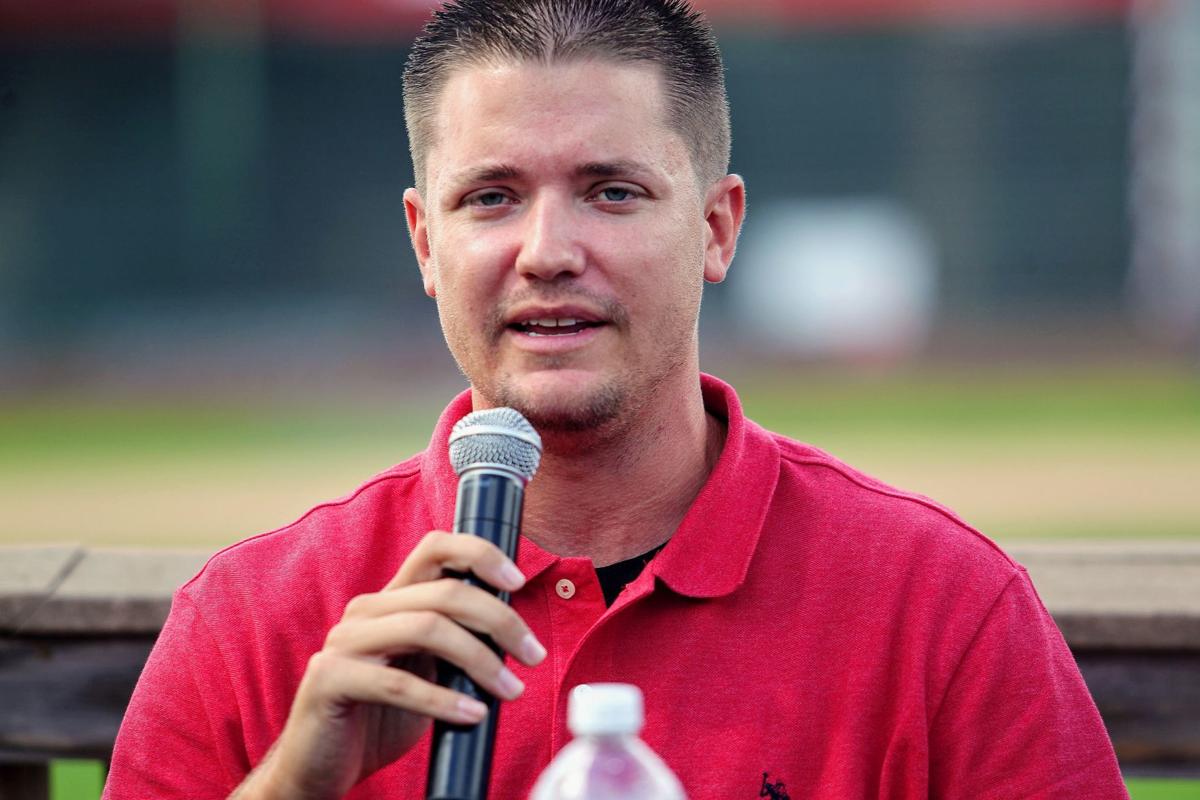 St. Joseph Mustangs owner Dan Gerson doesn’t look at the hiring of Johnny Coy as the Mustangs taking a chance on the former Benton star.

If anything, Gerson feels like its Coy that took the chance on the Mustangs.

In 2009, Coy chose to play for the Mustangs in the team’s first season. Eight years later, he is now at the helm of the five-time MINK League champions.

The team announced the decision to make Coy the next manager on Monday. On Tuesday, Coy was officially introduced in front of his friends and family at Phil Welch Stadium.

“Johnny was so qualified to do this,” Gerson said. “He was born and raised in St. Joseph, knows the community, the community loves Johnny. So it really was a no brainer.”

Coy takes over for Matt Johnson, who resigned following the team’s championship run. Coy played for the Mustangs for two seasons in 2009 and 2010.

“It’s something that I’ve been thinking about for awhile,” Coy said. “The opportunity came up when (Johnson) said that this was his last season. He approached me about the idea of being the head coach and that’s something that I was really excited for.”

For the past three summers, Coy has been a part of Johnson’s staff and helped lead the Mustangs to two MINK League titles in that span. Johnson’s main piece of advice to his former assistant is to continue being himself.

“I think a lot of coaches, when they go from being assistants to heads, change who they are,” Johnson said. “He’s got such a great personality and he works really well with guys. He’s done it on an individual basis and a team basis.”

2018 will be the start of many new opportunities for Coy. In May, he was named the next head coach of the Benton Cardinals baseball team. So next spring, he will be the Cardinals coach and then go into his first season as the Mustangs manager.

“It’s perfect,” Coy said. “I couldn’t ask for anything more. Everything that I could’ve hoped would happen happened, and I can’t wait to get started.”