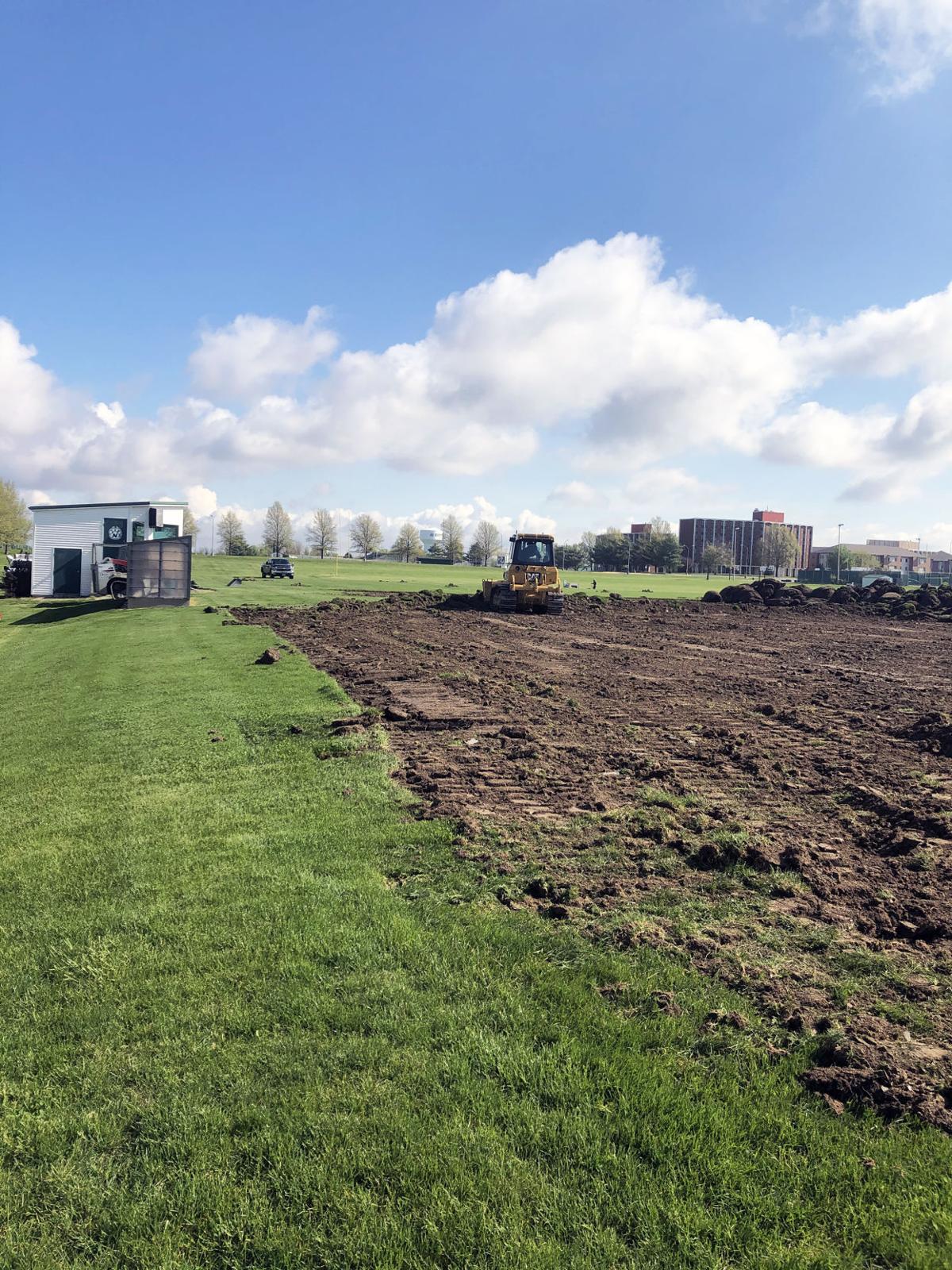 Construction began recently for the installation of AstroTurf at Bearcat Pitch. 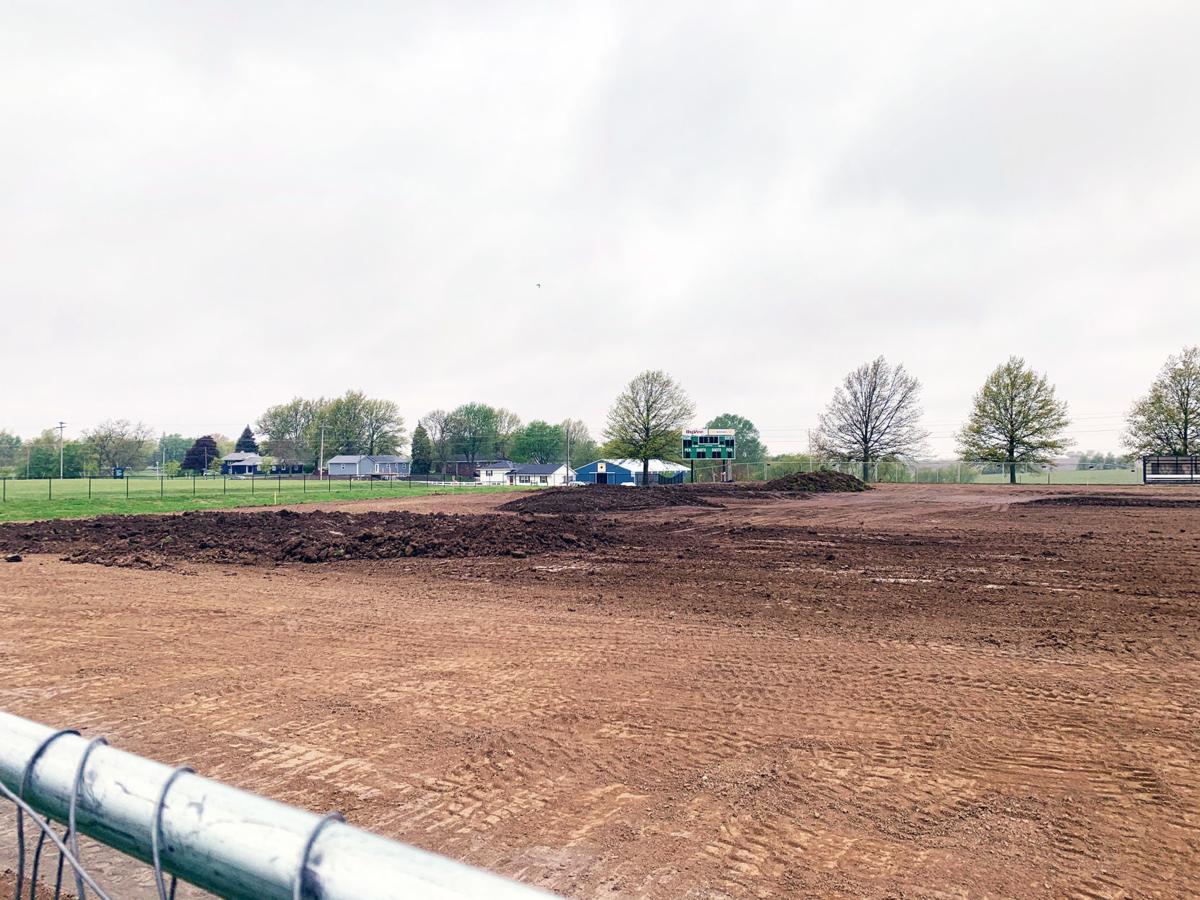 Heavy rainfall would damage the field in the past, so the Northwest Missouri State soccer team is elated to receive a new AstroTurf field at Bearcat Pitch come next season.

Construction began recently for the installation of AstroTurf at Bearcat Pitch.

Heavy rainfall would damage the field in the past, so the Northwest Missouri State soccer team is elated to receive a new AstroTurf field at Bearcat Pitch come next season.

After playing on natural grass at Bearcat Pitch since the inception of the program in 1999, the Northwest Missouri State soccer team is receiving an upgrade with the installation of AstroTurf come fall.

“This is just huge for the program, the community of Maryville,” third-year head coach Marc Gordon said. “There’s a pretty passionate local group of soccer players and we have a park here that we have three or four different pitches, different sizes so having the opportunity to have another surface, a playable surface pretty much year round is really good mostly obviously for the team, for the university.”

Over the years, rainfall would damage the field, thus making it troublesome for the squad to practice or compete.

Gordon added many options such as drainage and inputting tiles underneath the grass failed to remedy the situation, so adding AstroTurf will improve matters.

“To be able to play and practice on the same field no matter what the weather is besides like lightning of course, it’s awesome. Just because if it rained like one night, we’d have to go over to the practice field and we’d have girls rolling ankles all the time on the practice field,” senior Alex Mausbach said.

“I think it just changes what we can do. Many of the teams in our conference already play on turf,” Gordon said. “Just that addition will be fantastic and knowing if we’ll have heavy rains, we’ll still get to play. We don’t have to change training or worry about if we can have a home match.”

With the grass in the past, the new turf provides a sense of relief and validation for the squad moving forward.

“It is a de-stressor for me and I think for the players as well,” Gordon said. “I think we’ll just get in line a little bit more. I think that the consistency of training and home matches, those kinds of things, will help us. We don’t have to adjust our daily schedules if we have the rains.”

Mausbach added, “To feel appreciated and know they believe in us and they want our program to succeed, that’s definitely what’s coming from this turf.”

Mausbach said the team has been more motivated than ever to hit the ground running once sports can resume again.

“Up until quarantine, if you would have saw the way we were playing, we were a completely different team than we were my freshman year. We’re all building off of each other and learning each other’s norms,” Mausbach said. “Everyone was on the same page and it was just awesome.”

With the help of Gordon constantly fighting for the team, Mausbauch said, adding new turf to Bearcat Pitch for the 2020 season is even more of a push in the right direction.

“We were able to see the pictures and see the progress, so it’s kind of just a reminder that there is soccer beyond quarantine. It’s going to come back and it just kind of puts you in a better mind space, at least it did for me so I hope it did for other girls too,” Mausbach said.

The Bearcat soccer team opens its 2020 season at home on Friday, Sept. 4, at 3 p.m. against Southwest Baptist.