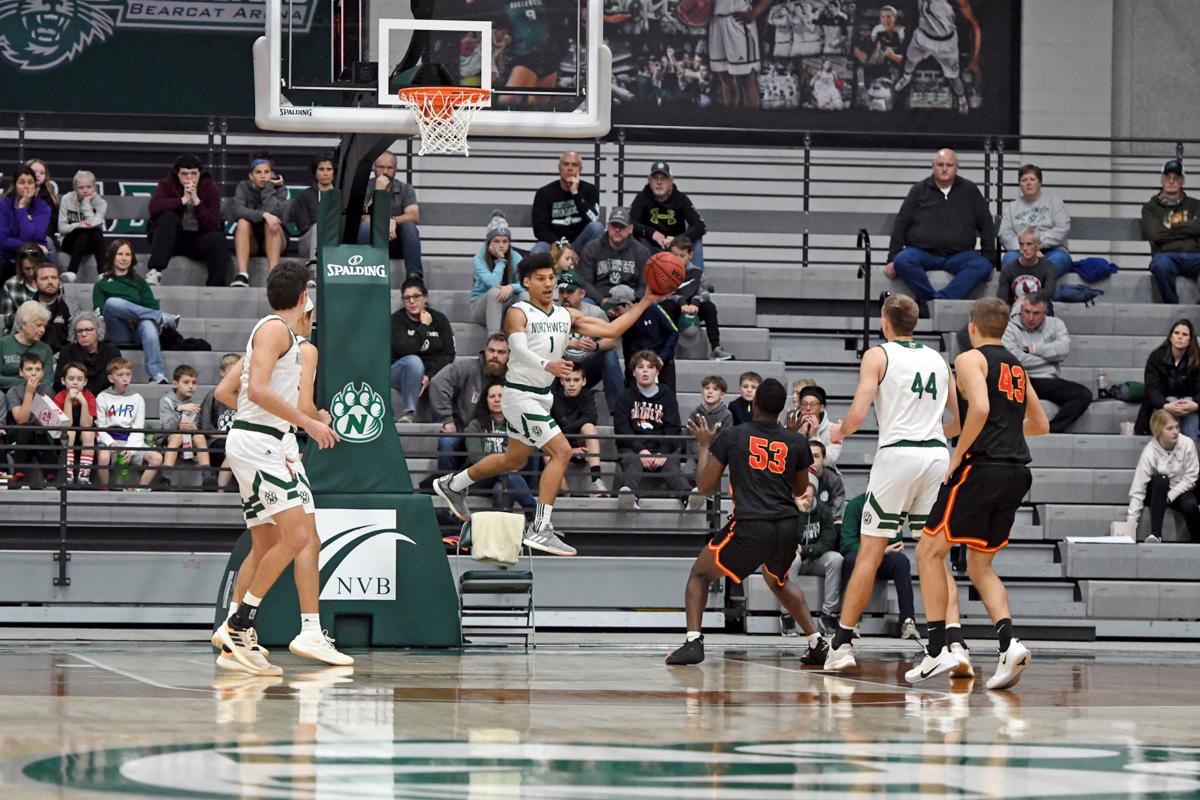 Northwest guard Diego Bernard attempts to save the ball from going out of bounds against Simpson on Wednesday at Bearcat Arena. 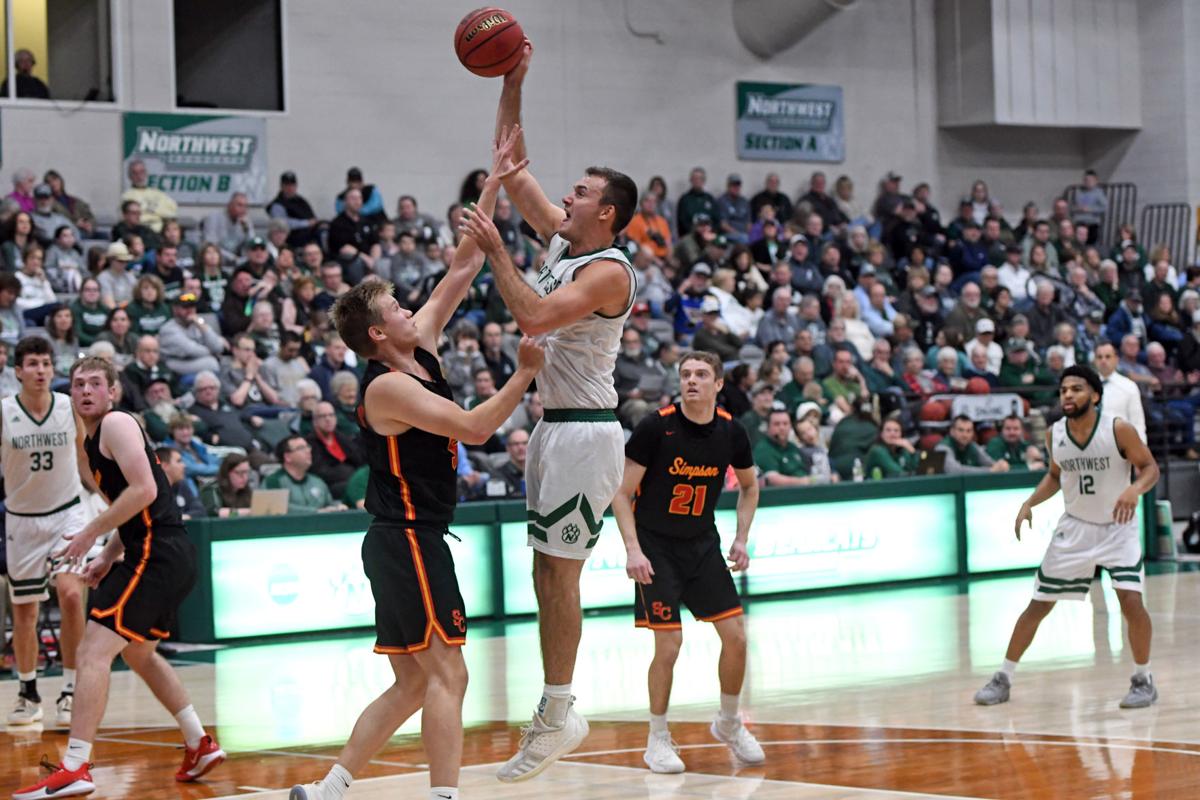 Northwest forward Tyler Dougherty goes up for the contested layup against Simpson on Wednesday at Bearcat Arena. 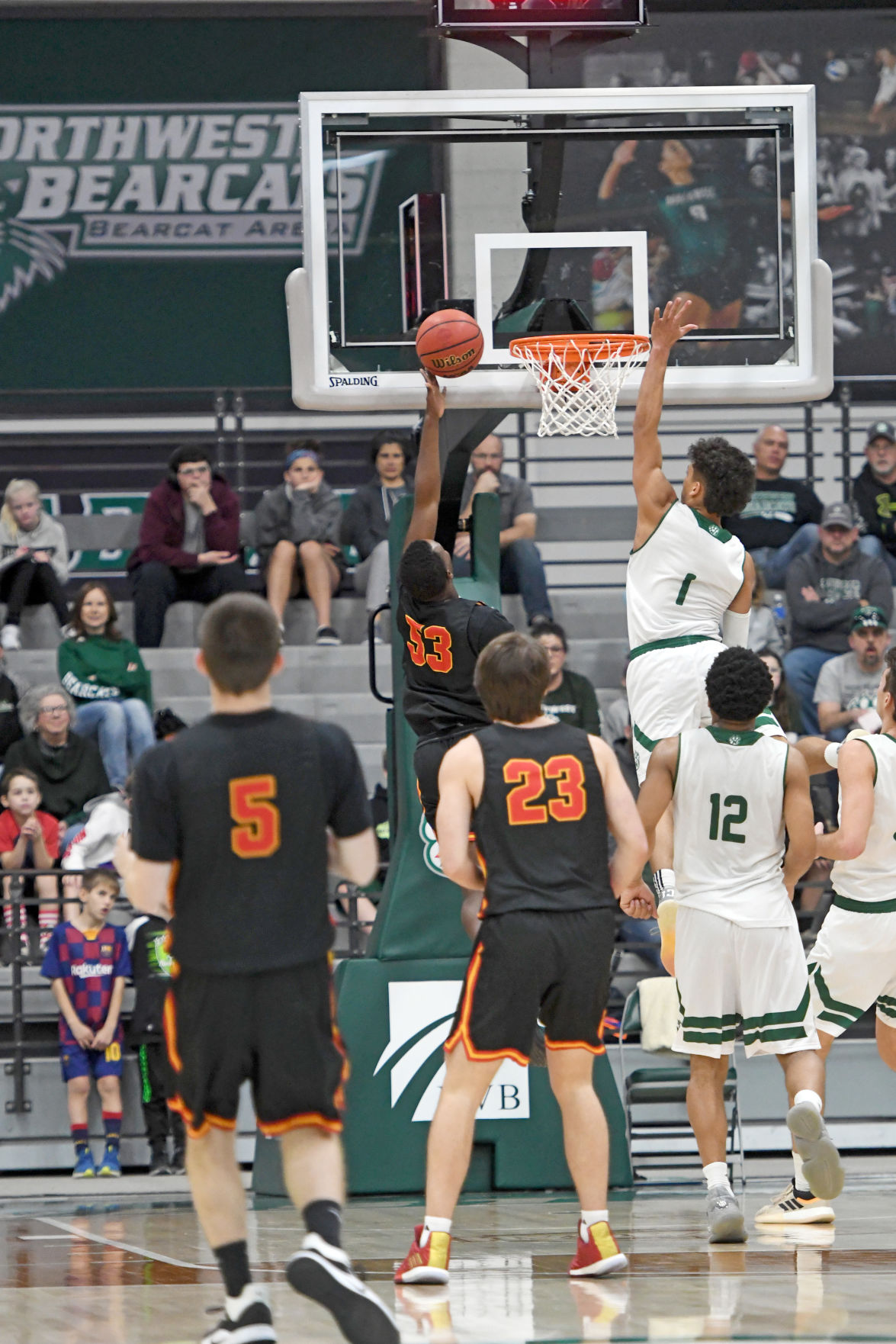 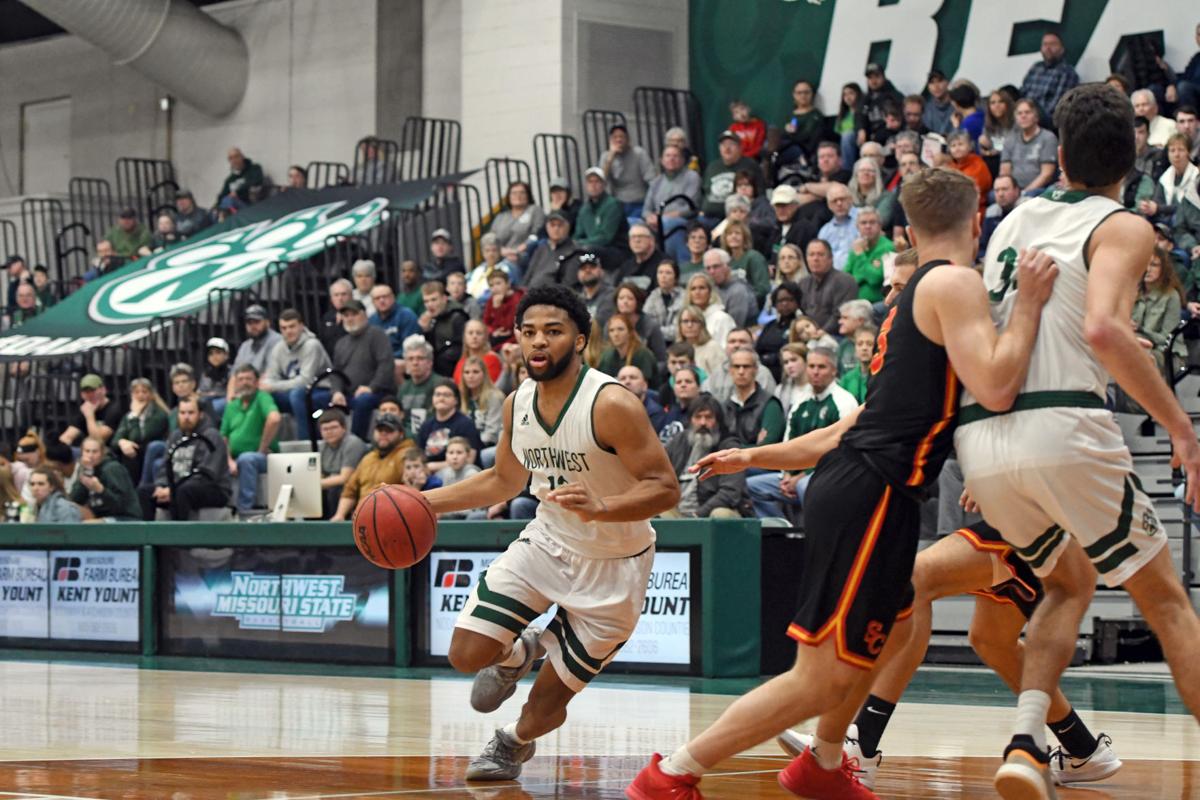 Northwest guard Diego Bernard attempts to save the ball from going out of bounds against Simpson on Wednesday at Bearcat Arena.

Northwest forward Tyler Dougherty goes up for the contested layup against Simpson on Wednesday at Bearcat Arena.

While the Bearcats won by a large margin, the No. 2 team in the nation was far from satisfied. Junior forward Ryan Hawkins thought the team could’ve started the game off better, leading by just nine at halftime.

“I thought we came out with good energy, but we didn’t’ execute very well,” Hawkins said. “We weren’t very detailed with our scout today. We have to execute better defensively. Offensively, we were getting what we wanted. We didn’t really find a flow until the second half, but once we found it we were fine.”

The Bearcats allowed Simpson to shoot 53% from behind the arc, including seven 3-pointers in the first half. Coupled with Northwest shooting 42% from the field and 15% from 3, the Bearcats held just a 48-39 halftime lead.

The Bearcats turned it on in the second half, as they shot 68 percent from the field after halftime and ran away with the win. Watkins thinks they just started playing their game and were looking for good shots.

Wednesday was the first game for the Bearcats in 11 days and sophomore guard Trevor Hudgins felt the team just needed to get back into the swing of things.

“Coming back from break and playing Simpson, we were trying to get our rhythm back,” Hudgins said. “I think we played decent. It wasn’t the best performance, it wasn’t the worst, but we for sure need to get better over this next week.”

“If that was a conference team, I feel like we might’ve lost that game,” McCollum said. “The way we played that first half, we just didn’t play great. We were able to turn that around and still were able to win the game very handily. But we got a little exposed and that’s what you want these games to do.”

Now the Bearcats prepare for Northeastern State on Saturday. Northeastern shares a lot of similarities to Simpson and Hudgins treated this game like a preview of what to expect on Saturday.

Wednesday’s win was the fourth game this season the Bearcats hit 100 points. They forced Simpson into 20 turnovers while only committing six themselves.

All five starters reached double figures in scoring led by Hudgins with 22 and Hawkins with 21.

Cloudy With A Few Showers