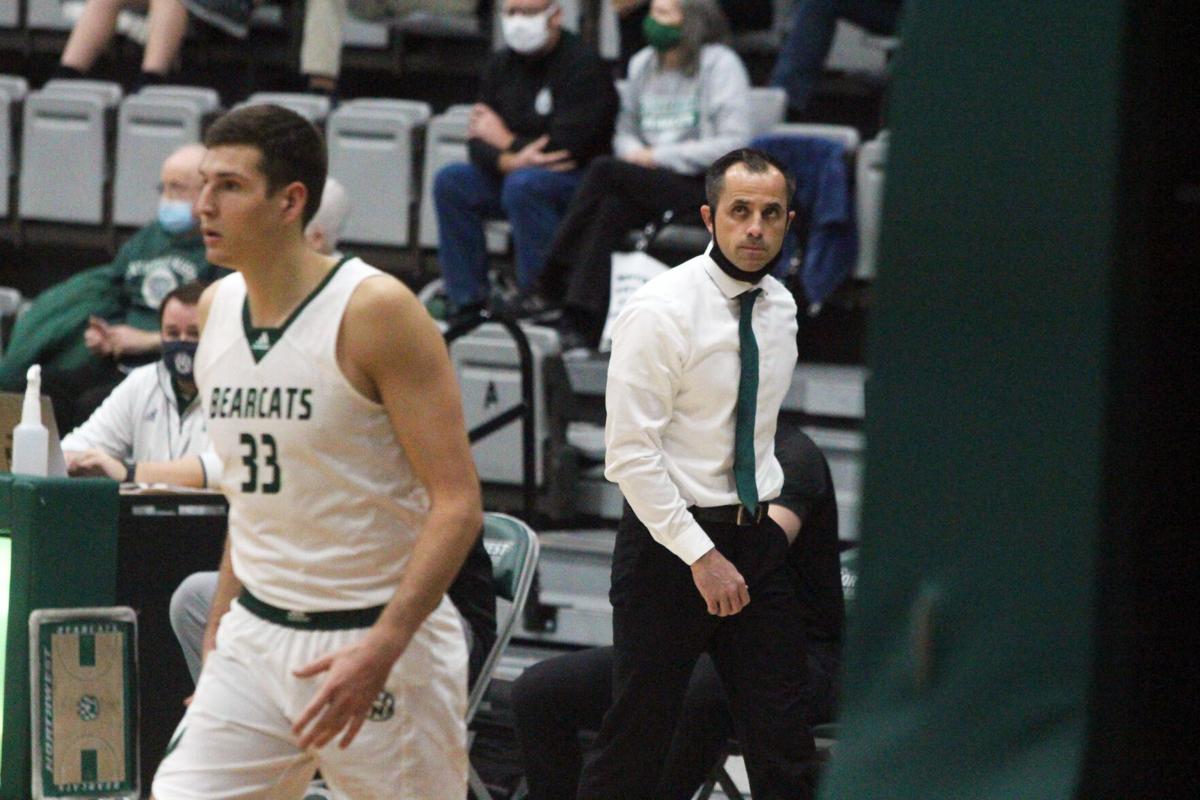 Northwest head coach Ben McCollum looks at the scoreboard versus Washburn on Thursday at Bearcat Arena. 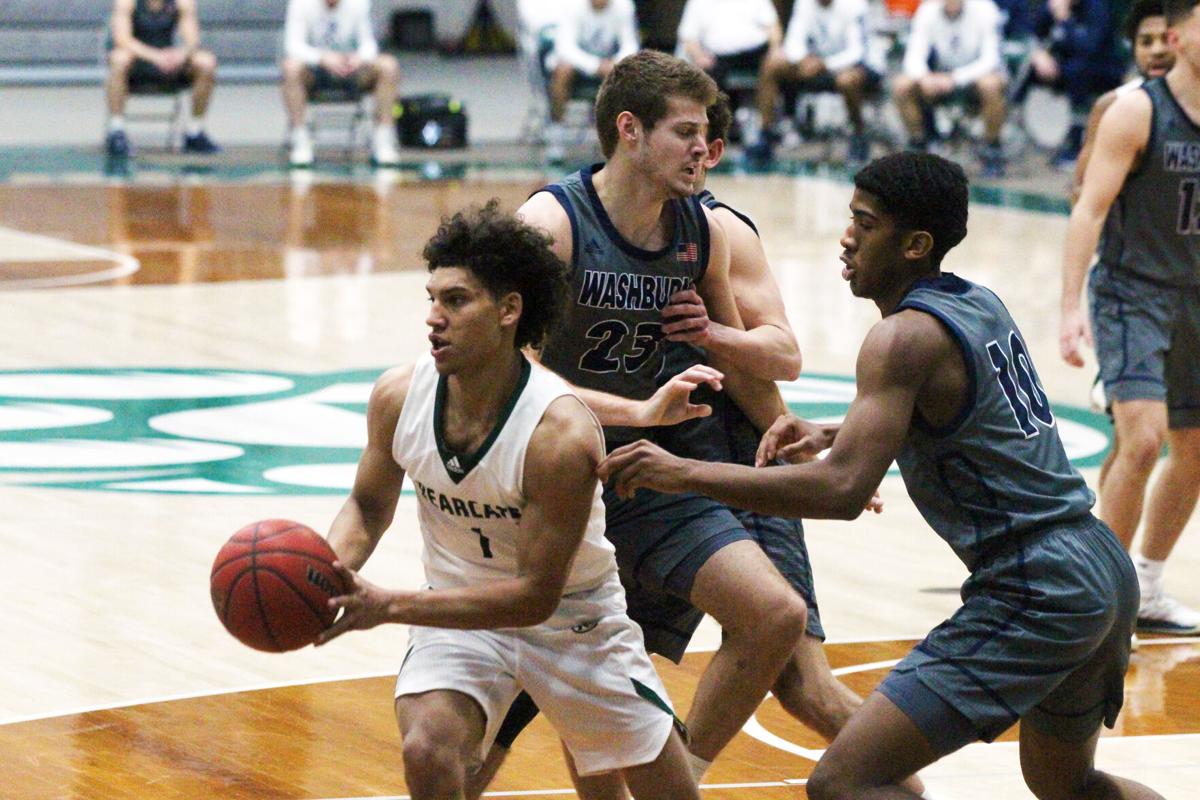 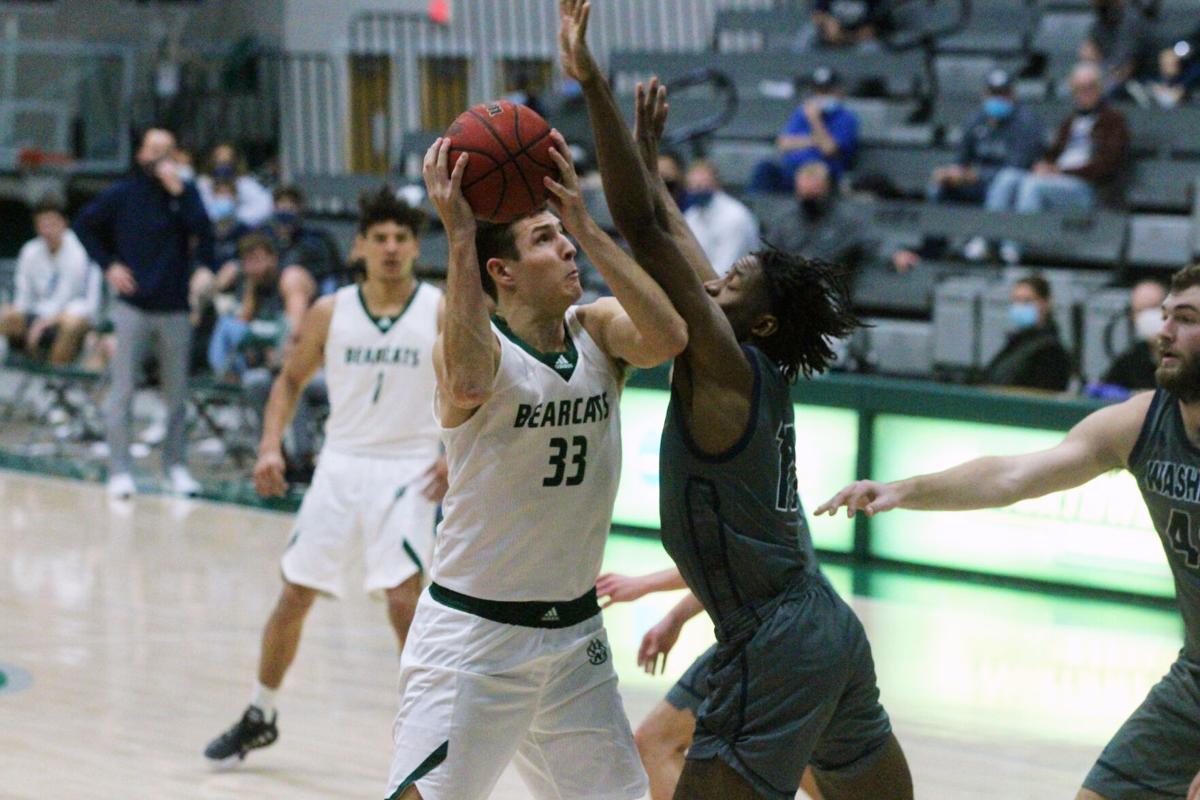 Northwest senior Ryan Hawkins goes up to shoot versus Washburn on Thursday at Bearcat Arena.

Northwest head coach Ben McCollum looks at the scoreboard versus Washburn on Thursday at Bearcat Arena.

Northwest senior Ryan Hawkins goes up to shoot versus Washburn on Thursday at Bearcat Arena.

MARYVILLE, Mo. — Trevor Hudgins sank three free throws with one-tenth of a second remaining on the game clock to keep the Bearcats’ hopes alive versus No. 5-ranked Washburn.

It wasn’t enough for the No. 1 team in the nation, as Northwest ultimately fell to the Ichabods in overtime, 84-82, Thursday at Bearcat Arena.

“It hurts, we were trying to find a fight out there,” Northwest sophomore Wes Dreamer said. “They’re a good team, I’ll give them that but yeah, it was an off game for us definitely.”

It also marked Washburn’s first victory against the Bearcats in the last 12 meetings.

“You have to as a group, everybody has to be ready to go and completely focused on winning, and when you win a lot, you assume winning sometimes and that’s what you saw tonight. I thought Washburn did a fantastic job of beating us,” Northwest head coach Ben McCollum said.

Limiting Northwest to shooting 36% from the field in the first half, Washburn jumped out to a 31-29 lead at the break.

Early in the second half, the Ichabods tallied eight consecutive points, their best scoring run of the game.

Northwest couldn’t control Washburn’s points in the paint, as the Ichabods went on to outscore the Bearcats 48-24.

The Bearcats tried to keep up, sinking 5-of-12 threes in the second half.

But ultimately momentum swayed back to the Ichabods’ hands when Northwest senior Ryan Hawkins fouled out near the end of the second period.

Dreamer said, “That means we got to have guys step up which they will step up at some point, but just having (Hawkins) out there is everything on offense and defense, so especially defense because he is a good defender.”

Facing a four-point deficit with 7.4 seconds left in regulation, Northwest junior Diego Bernard went from one end to the other, scoring a layup plus a foul.

With the lead cut to two points, 73-71, Bernard intentionally missed the free throw in an attempt to score a bucket, but to no avail.

Then Washburn’s Tyler Geiman was fouled and sent to the line, and he made one free throw.

Off the miss, Bernard grabbed the rebound and passed to Northwest junior Trevor Hudgins, who shot a three-pointer, but was fouled by Washburn’s Drew Maschoff with one-tenth of a second left on the clock.

Hudgins sank three free throws to force the game into overtime tied at 74.

The Bearcats jumped out to a five-point lead in overtime at 82-77 following a 3-pointer by Bernard and two more free throws from Hudgins.

But the Ichabods had the upper hand as Geiman scored on a three-point play with just over two minutes remaining in the extra period.

The Bearcats committed a shot clock violation, giving the ball back to to the Ichabods. Geiman missed a three-pointer, but Carter was fouled on the rebound and went to the charity stripe for two.

Carter made both free throws to give Washburn the victory, 84-82.

Geiman led all scorers with 26 points. Dreamer was the top Bearcat scorer with 24 points, burying a team-best six three-pointers.

Bernard recorded his sixth career double-double with 19 points and 12 rebounds.

Hudgins scored 15 points and handed out seven assists, while committing only one turnover in 45 minutes of action.

Northwest returns to action at Bearcat Arena against Emporia State Saturday at 2 p.m.

Bearcats fall to Washburn in overtime, 84-82