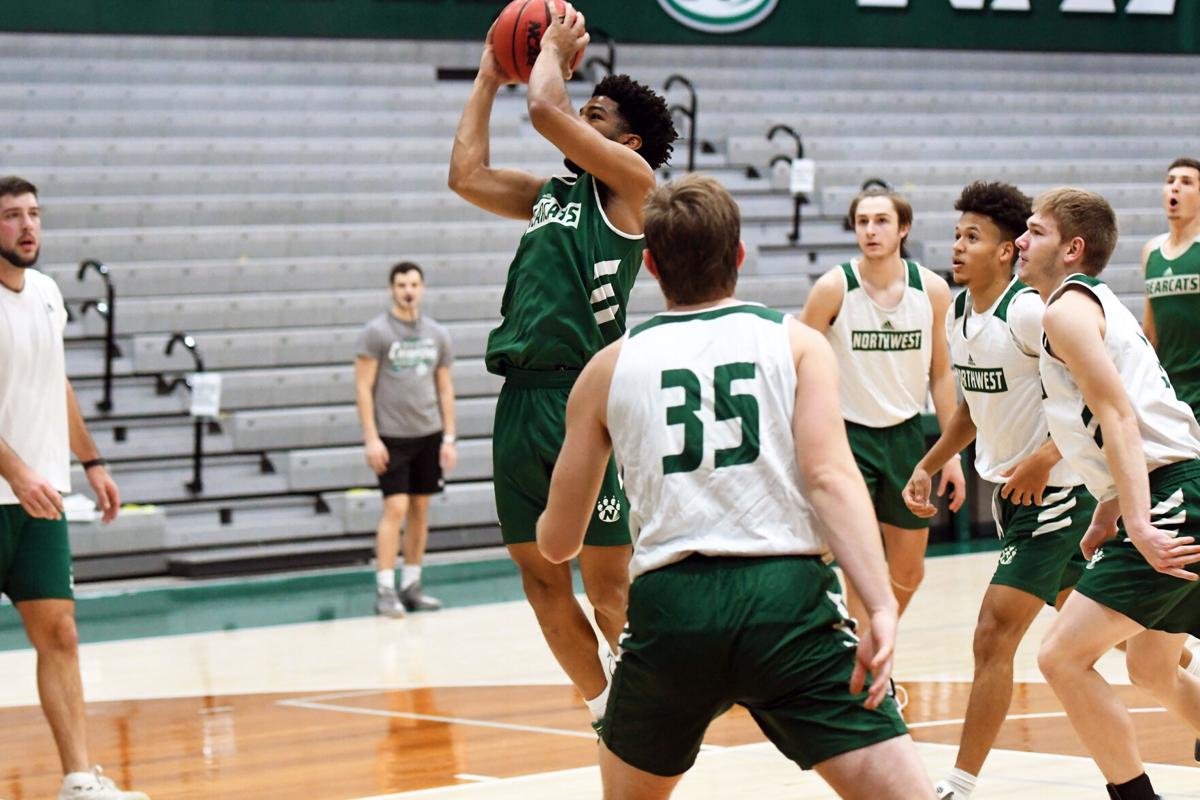 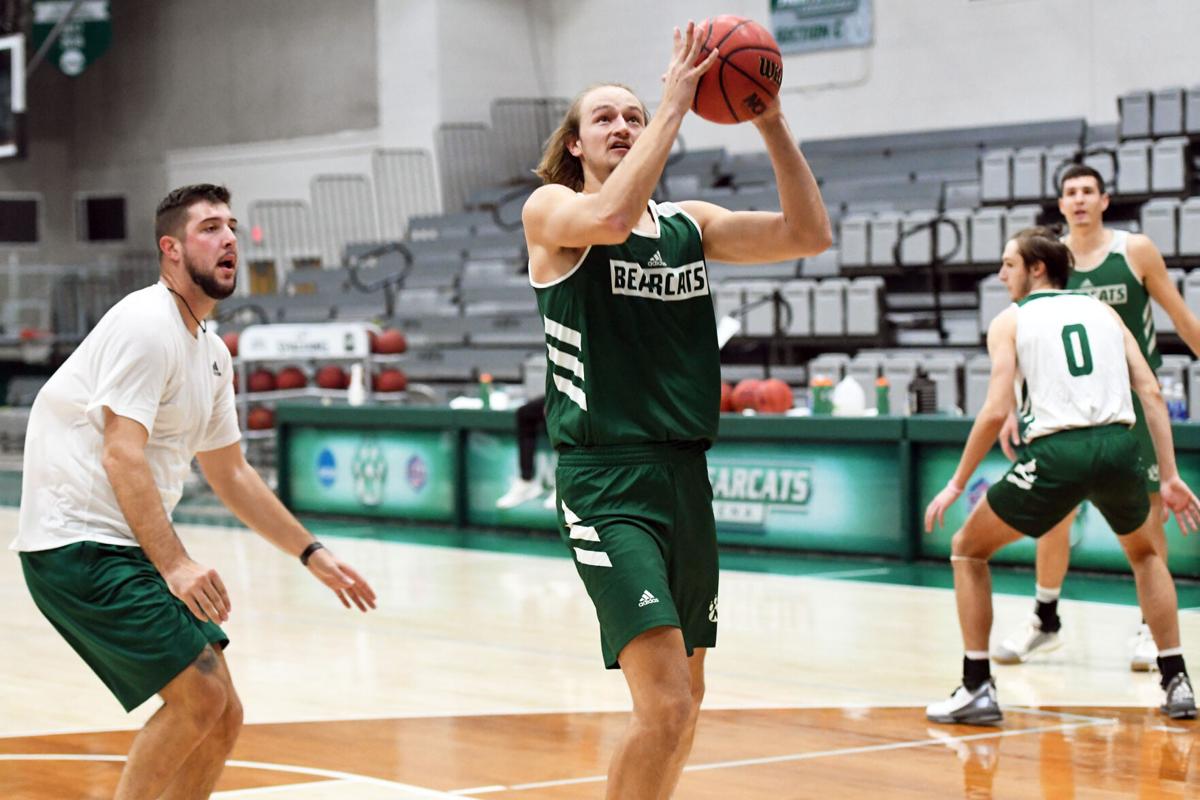 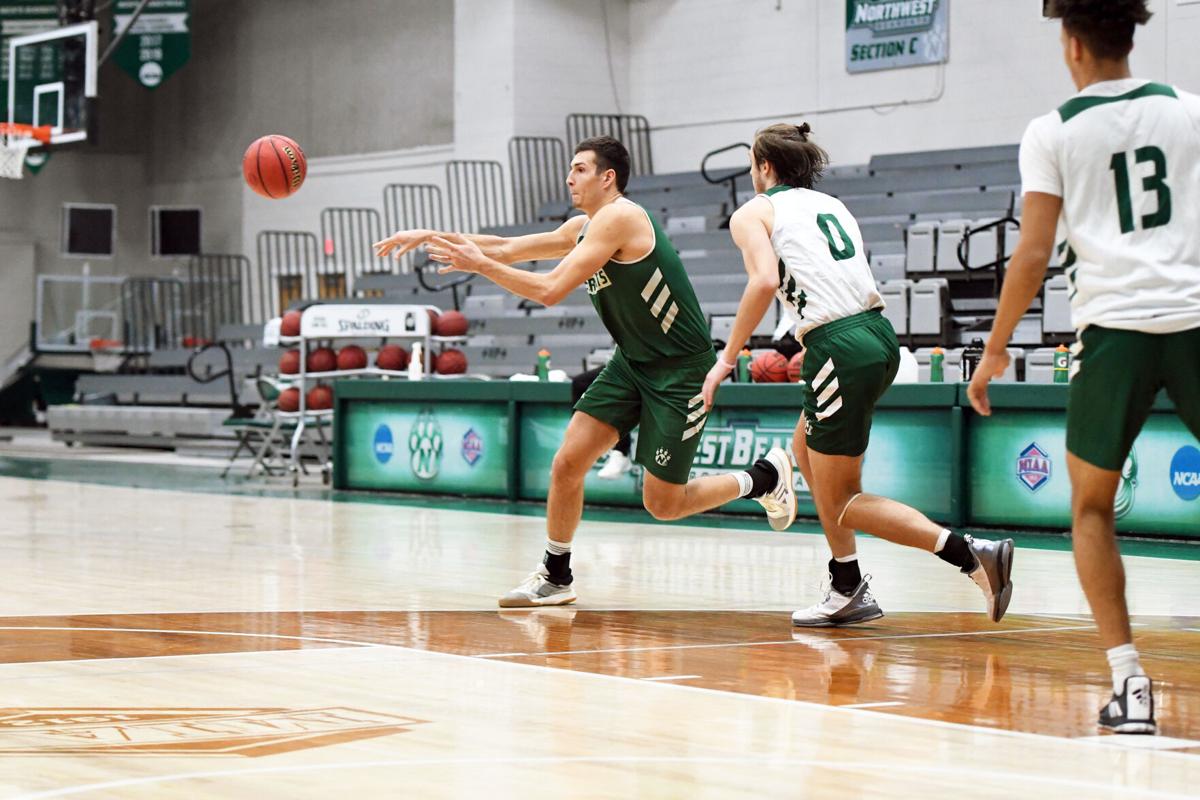 MARYVILLE, Mo. — After its highly anticipated return to the hardwood last week, No. 1 Northwest men’s basketball is now back at home and eager to compete against No. 5 Washburn.

“We know they’re a good team coming in,” Northwest junior guard Diego Bernard said. “It’s gonna be a tough matchup. We just go and try to do what we do and execute the plan.”

After nearly a month off due to COVID-19 protocols, the Bearcats picked up right where they left off, grabbing two road wins against Northeastern State and Pittsburg State to move to 5-0.

“I feel like we’re kind of hitting our stride right now a little bit. Offensively, I felt like we were really good Thursday, Saturday after a long layoff,” Northwest senior forward Ryan Hawkins said. “I think we just got a lot more excitement now that we had to go 20 some days without basketball, so it’s just easy to get excited now.”

With some wins under their belt, the Bearcats are clicking on all cylinders into the new year.

Hawkins ranks second in the MIAA in scoring at 22 points per game and fifth in the league in rebounding at 8.8.

Leading the MIAA in three-point field goal percentage at 54.2%, Northwest junior guard Trevor Hudgins has made 13-of-24 three-pointers this season.

Hudgins also ranks second in the MIAA in overall field goal percentage at 58.0%.

“Offensively, we’re sharing the ball, we’re moving it and we’re cutting without the ball now which is a good help for offense and helps us with our flow,” Hawkins said.

The Ichabods are off to a 7-0 start to the season and averaging 82.9 points per game, which ranks second highest in the league.

Hawkins said, “We emphasize that for every game, controlling what we can control and trying to take away the easy buckets that are you know, layups, inbound plays, offensive rebounds. So if we limit those, I think we’ll be in good shape.”

“We know they got a couple shooters and we can’t let them get in the groove. The point guard (Geiman) is pretty good. So we’re trying to limit his motion kicking into shooters, so hoping our defense can come together and get stops,” Bernard said.

Washburn is one of two MIAA teams who owns a lead in the all-time series versus Northwest, with a 63-49 lead over the Bearcats.

Northwest has won the last 11 contests between the two, and nine of those victories have come by single digits.

“They’re a great team. They always have been, they’ve got good bigs. Tyler Geiman is a great point guard. So it’ll be fun. We’ve always had good games going with Washburn the last five years that I can remember. So I’m excited to keep that going,” Hawkins said.

Northwest is in the midst of a 28-game win streak, which is the second-longest active streak among NCAA Division II teams.

The Bearcats will look to improve that mark in front of a limited number of season ticket holders who will be able to watch Northwest play this week, marking the first time fans filled the stands in Bearcat Arena in almost a year.

“Obviously, you know, for safety reasons, we can’t have the whole Bearcat Arena here. But you know, some is better than none, in my opinion,” Hawkins said. “It’s just a little bit more energy in the gym. Nothing beats a packed house though, so I’m excited when we can get back to that safely.”

Tipoff between Northwest and Washburn is set for 6 p.m. Thursday at Bearcat Arena.

No. 1 Bearcats up against No. 5 Washburn